Last month around this time we asked you, the readers, to participate in a poll to find out what games you enjoy playing over and over. The response was so great that we decided to split the blog in two. So, four weeks and a shit ton of procrastination later, here is part two of 5 games you’ll want to replay for years to come.

We humans are a simple species, ever since we discovered fire we’ve been competing with each other. Tens of thousands of years ago we would club each other over the head to see who was stronger, a couple of millennia later we started to beat the piss out of one another in a ring. But as we have evolved, so too has our need to prove who is better, enter the fighting game. We all have our favourite, Mortal Kombat, Street Fighter or in this case Tekken, more specifically Tekken 3. The reason Tekken 3 stands out is because it has a wide variety of characters each with their own unique fighting style, special moves to master and tragic backstories so fucked up you will question the sanity of the fevered mind they were conjured from. It was also mechanically a better game; Tekken 3 utilised the third axis, allowing all characters to sidestep in or out of the background creating the sidestep dodge, or as it is better known, “the dick move”. And while it may not have been the forerunner in the 3D fighting space it was arguably the best and not simply because everything that attempted 3D before felt like it ran on a machine powered by a hamster wheel. 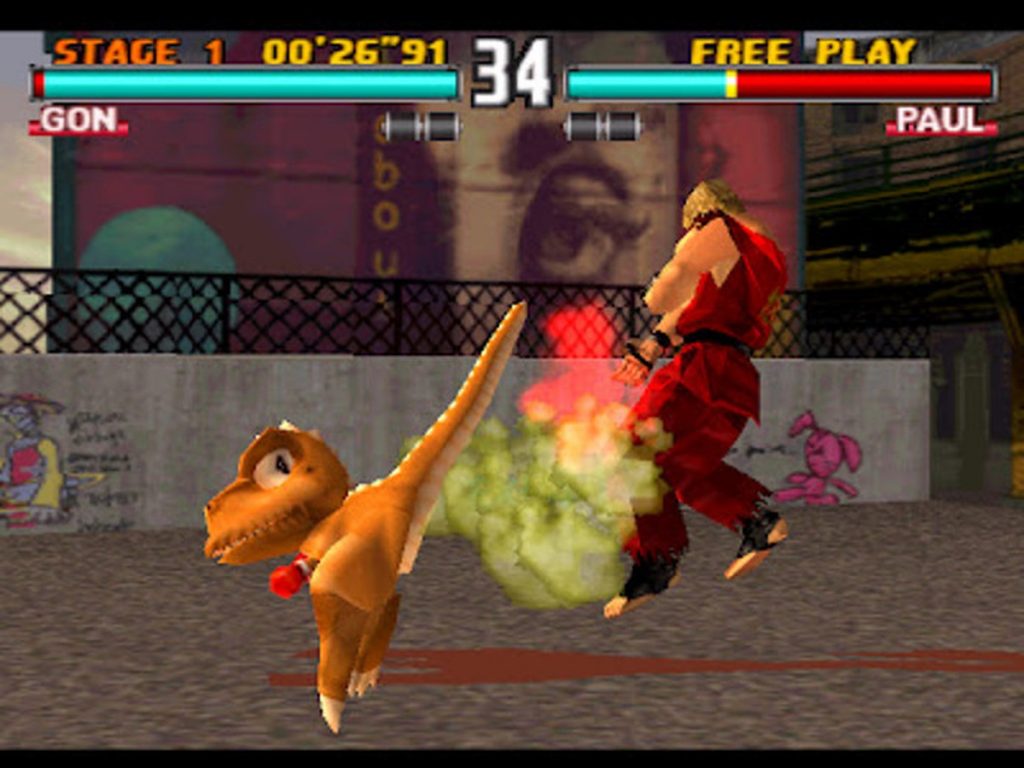 (Did I mention you can play as a farting dinosaur?)

If ever you needed proof that this is a user generated list, then here you go. I may take some crap for saying this, but I never really liked the Bioshock series, there I said it! But like I said before, this isn’t my list, and while it may not be to my tastes I can certainly see why some people enjoy it. It is a narratively driven video game, filled with mystery, intrigue and plot twists. Of course, it is also interspersed with enough wrench bashing and magic casting if Randist philosophy isn’t enough to keep you invested. And while I may come off as churlish, I do believe we owe a great deal to Bioshock. In a time when video game devs were trying to tell us single player was dead, and nobody wanted shorter narrative focused video games Bioshock proved them wrong. 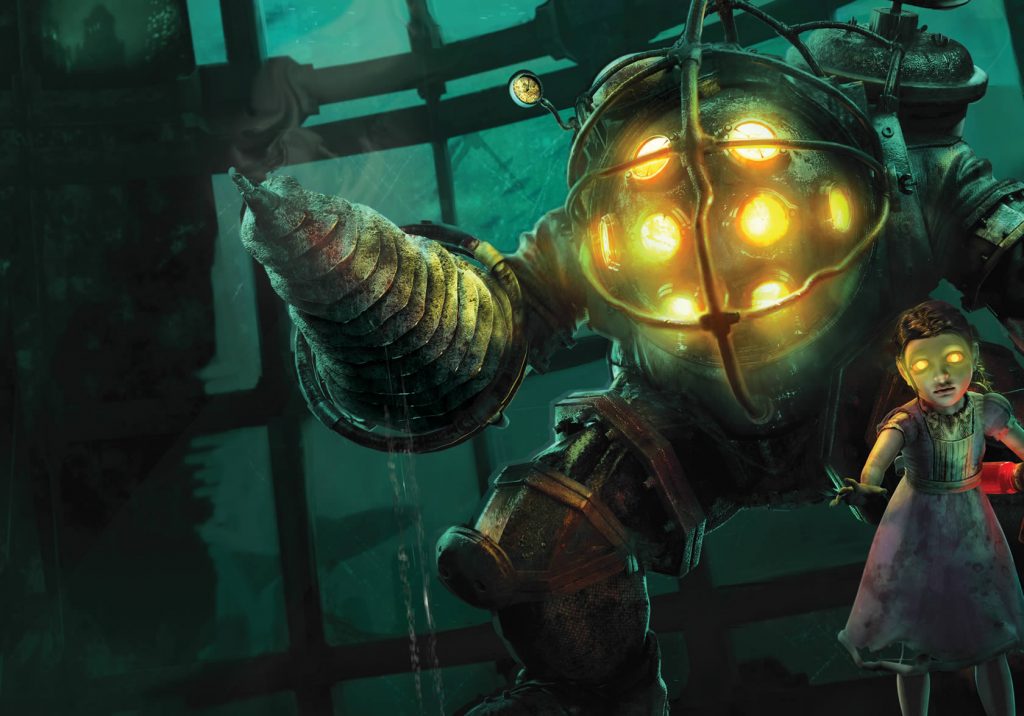 (“Hi I’m here to take your daughter to prooooooooOH MY GOD!”)

Knights of The Old Republic

What would you get if you mixed Dungeons and Dragons combat rules with Star Wars and video games? Well apart from the sound of millions of nerd’s voices suddenly crying out in elation only to be suddenly silenced by the sticky mess in their pants, you’d get Knights of The Old republic. I mean come on, what more could you want? An RPG set in the Star Wars universe, where you get to be a Jedi Knight or a Sith seal clubber and every choice you make will have consequences not only for you and your friends but for the entire galaxy? Oh, what’s that EA, micro-payments and loot-boxes? Oh, that sounds interesting and all but here comes Disney with a cease and desist letter nailed to the end of a 10-foot metal spiked dildo! 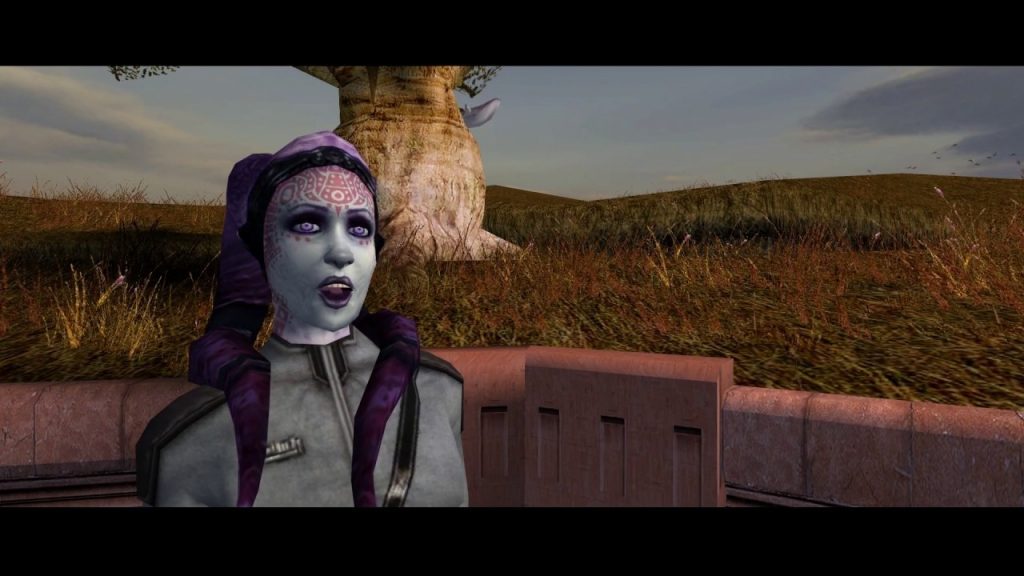 Leaving behind the sprawling galaxy for now, we find ourselves in the post-apocalyptic world of Fallout: New Vegas. The Fallout series is another collection of choice-based RPG video games, and while many enjoy the third instalment, I found it to be a bit lacking in depth and story. But then came along New Vegas, and I’m not sure why but I simply liked it better. Maybe it was the more well-rounded characters, a wider variety of enemies or maybe it was because it was developed by a better studio, who knows. The point is we were given an immersive video game experience filled with awesome and engaging characters and quests that would keep you invested for days. 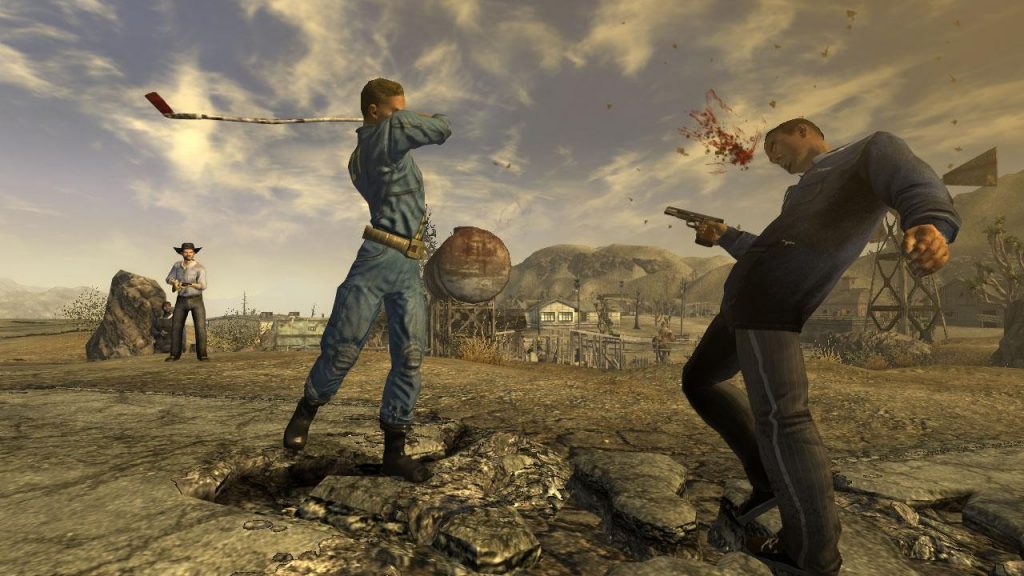 It was unclear whether the person who commented meant the original Mass Effect or the Mass Effect series, but as I am a huge fan of the three (AND ONLY THREE!) games I will assume they meant the series. It isn’t difficult to see why these games made this particular list as they’re some of the greatest games ever made. Okay, the combat for the first is fuck awful and the gameplay and ending of the third leave a lot to be desired but never the less they’re still awesome games. They carry the spirit of the KOTOR games in them, where relationships and characters are the focus. Because at the end of the day these games are about people, people who come together regardless of their race, gender or background. People who, despite their differences are willing to work together to make the galaxy a better place, not just for now but for the generations to come. 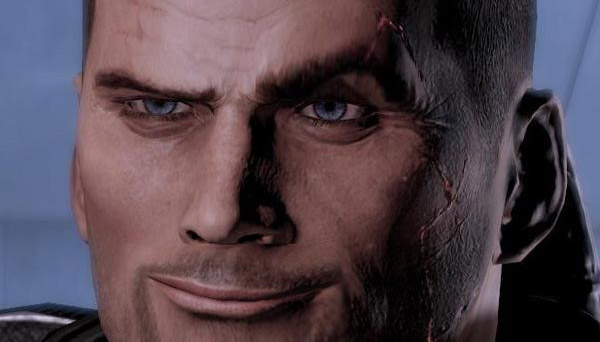 Well, those are 5 Games You’ll Want to Replay For Years To Come, check out Part 1 here. Can you think of any that should’ve made the list or just disagree? Let us know in the comments below, don’t forget to follow us on Twitter, Facebook and subscribe to our YouTube channel and if you’re feeling generous feel free to donate to our Patreon, thanks for reading.