In this mad world of insane world leaders and microtransaction ladened video games sometimes it’s fun (and indeed) necessary to retreat to the comfort of the familiar. And what better way to do that than by playing some classic video games. Now I know what you’re thinking, (and you should be ashamed Francis you sick bastard) but to the rest of you not thinking about pornography, yes it’s true a lot of the so called “Classic games” aren’t much fun to replay. But among the digital detritus there shines a few gems that are worth playing today, here are 5 such video games.

While it was the first game in the Marvel vs. Capcom series it is often the most over looked as it only includes characters from the X-Men and Street Fighter series’. Add to that the fact that Tekken 3 launched about a month before it (depending on where you live) and it’s easy to see why it’s overlooked. But despite all that, it remains to this day one of the most fun fighting games around, it was fast paced, colourful and action packed, with a tag team system that ensured tons of fun. I maintain that it holds up to this day, the controls are tight and it plays beautifully and given the wonderfully colourful art design it still looks spectacular. 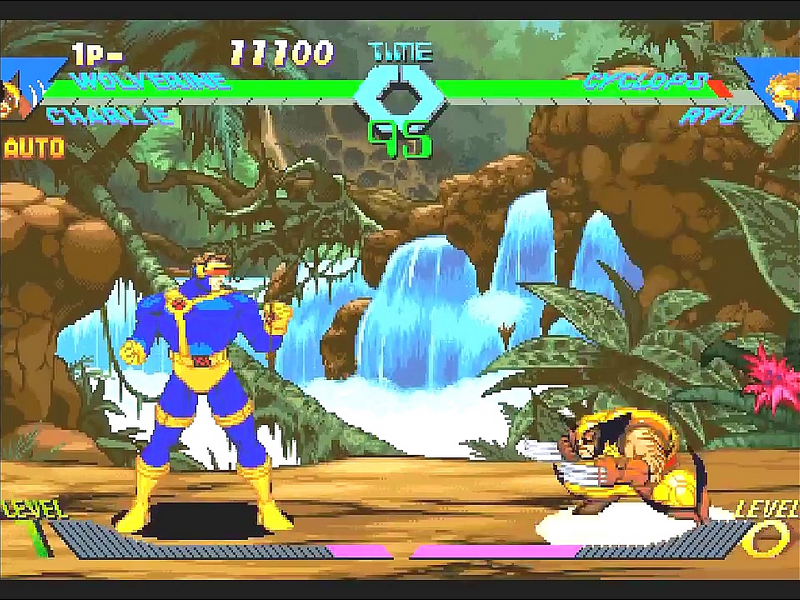 (“This is a long time coming you cycloptic f**k!”)

A side-scrolling adventure game starring the best Disney character (that’s right I said) and his three young nephews Huey, Dewey, and Louie, whom Donald has decided to yank out of education so they can all go treasure hunting together. I’m kind of cheating a bit with this one as I only played it as an adult a few years ago, but I believe that proves my point even more. I mean I have the best current gen has to offer at my finger tips and there I was at 2 in the morning trying to kill Dracula with a plunger to get a treasure map! While it is mostly a platformer, it also has metroidvania styled elements in that you must acquire certain items and upgrades to unlock new areas, which is probably why I was drawn to it. While it’s true the controls can be difficult to navigate as they’re a bit floaty, the fun gameplay, beautiful aesthetics and the excellent way in which Donald rages out on his enemies make this a fun game to play. 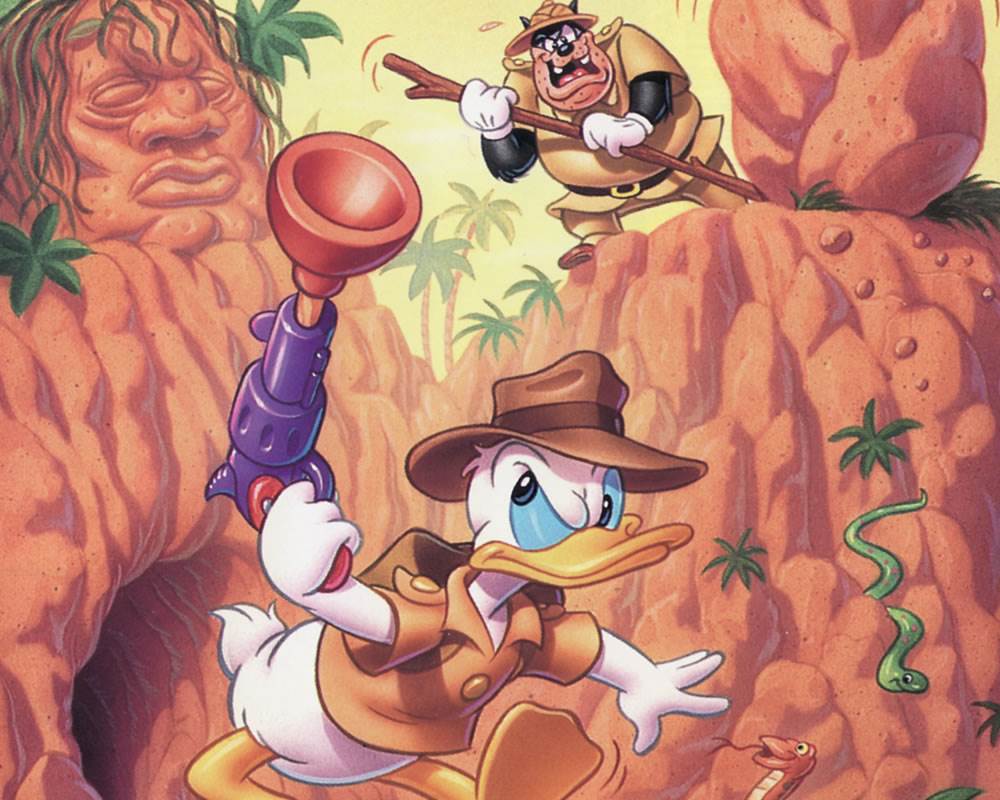 (“One more step Pete…and I will cold-cock you with a plunger!”)

I never owned a Super Nintendo growing up (something which I have rectified as of last month) so I never had the opportunity to play this as a sugar addicted, sun avoiding child. But all that changed when I went off to university, not the sugar addiction or the aversion to sunlight but the Mario Kart thing. And one of my fondest memories is me and a group of inebriated friends sitting around a widescreen CRT monitor and playing Super Mario Kart until our friendship slowly eroded. And like all the video games on this list it still holds up to this day, (of course I own a copy now that I own a SNES). The controls are tight, the gameplay is fun and it is still just as satisfying to nail a friend/family member with a shell and watch the hope drain from their smug face! 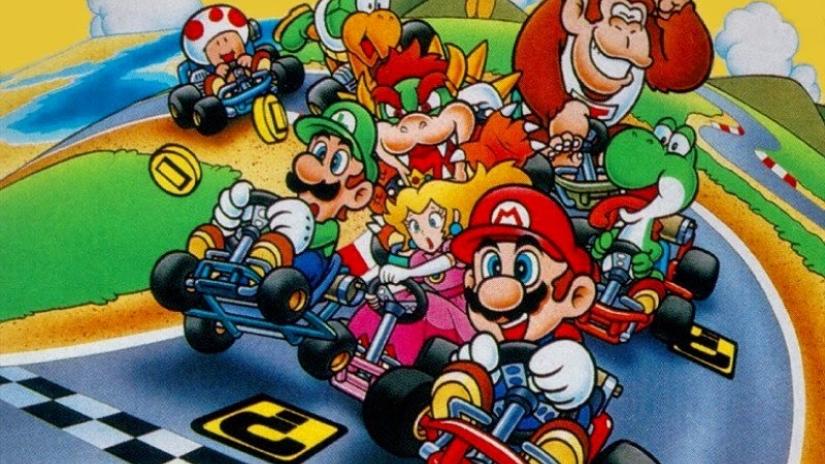 Looking back at Fallout 2 after experiencing Fallout: New Vegas and to a lesser extent Fallout 3, you could be forgiven for thinking that series has only improved, but I say no. Okay the games are more forgiving and you no longer botch your entire play through by allocating your points poorly BUT they’ve lost something. Something that you can only get by going back and playing Fallout 2, while on the surface the side quest and factions are all still intact, they lack the depth and subtle nuances that made the series so beloved. I still play Fallout 2 to this day because I love the well written story, the compelling characters and the excellent gameplay, if you enjoy RPGs then this is a must play for you. 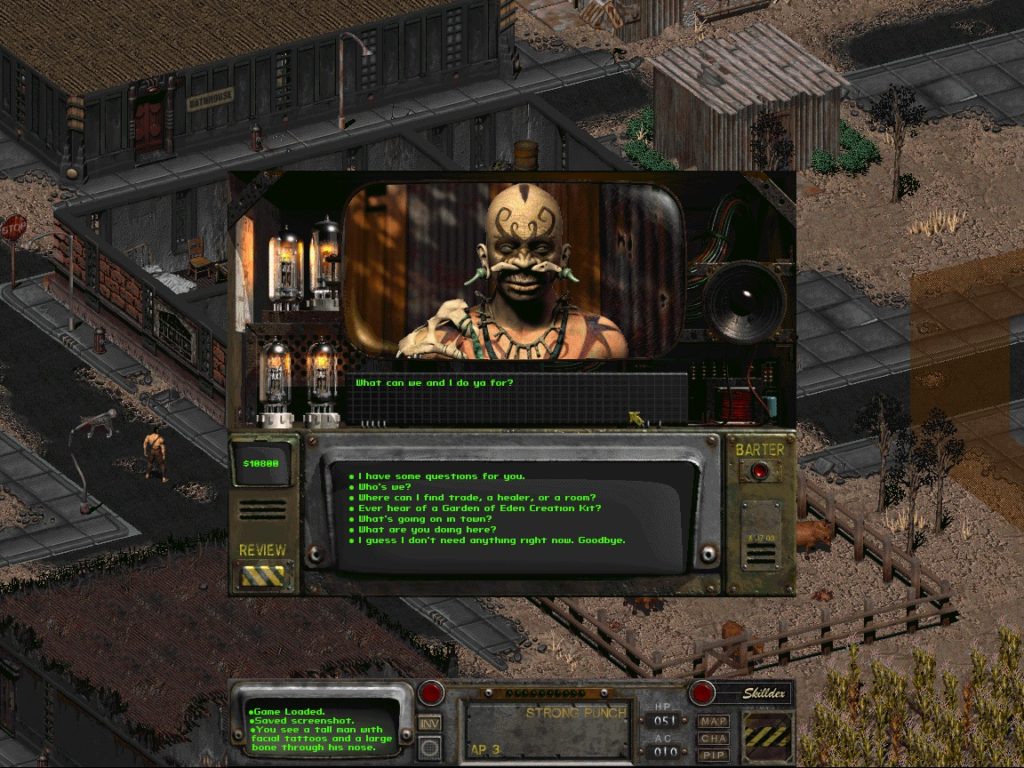 Ah Doom, the Father of the FPS genre, a video game so influential that it coined the term “Doom Clone” as at the time everyone wanted to be the next Doom. It spawned sequel after sequel, spin offs, reboots (sort of) and even a motion picture, which I happen to like so suck it Rotten Tomatoes! I remember it like it was yesterday, I was a wide eyed (not to mention wide arsed) young boy who had asked Santa for a Super Nintendo, but that bearded bastard got me a mountain bike and a PC instead. After my dad set it up my uncle came round with a “floppy disk” (or for those too young to understand a real life save icon) on which was a copy of Doom. I booted it up and within the hour I was slaying demons in hell to the rhythmic sounds of techno metal, I had never experience anything like it, a fast-paced, frenetic shooter that never let up. A game filled with secret areas, key cards, power ups and a chainsaw that begged to be plunged deep into a demons skull, I was in heaven, well, hell, but not the point. And while yes there are more impressive looking games in the genre out there and of course we have Doom 2016, I still find myself booting up Doom classic to let off steam as it is still just as fun. 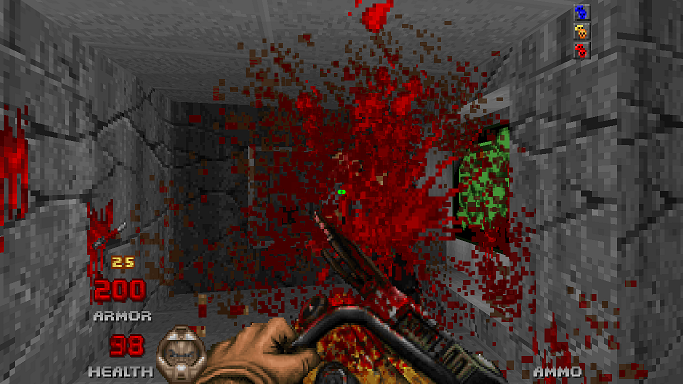 (Hell Yeah!)
Well, those were Gerard’s choices for 5 Retro Games Still Worth Playing Today, can you think of any that should’ve made the list or just disagree? Let us know in the comments below, don’t forget to follow us on Twitter, Facebook and subscribe to our YouTube channel and if you’re feeling generous feel free to donate to our Patreon, thanks for reading.
Doom Fallout 2 Gaming blog Gerard Quackshot Retro Games Street Fighter Super Mario Kart