Video games have the ability to move us, they can make us cry, make us angry (fuck you parappa the rapper) and the can shock us with plot twists. Here are five of the most shocking moments in video games.

Resident Evil is a classic. It was absolutely terrifying to play as a youngster and was well ahead of its time in regards to the atmosphere it was able to create through the screen. Something that made the game great is that you knew there was a bad guy, but you had no idea who it was (well I didn’t anyway). As you progress through the game avoiding inside-out dogs and shambling zombies, you find out that your ally and leader of STARS, is actually a double agent working for the Umbrella Corporation. Albert Wesker you son of a bitch. Wesker ends up being one of the main villains of the entire Resident Evil series, and one of the greatest villains of all time. 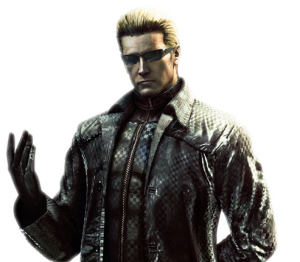 (look at this smug dick!)

Would you kindly keep reading? The first BioShock was a great game. I never found myself enjoying the sequels/prequels anywhere near as much, but I had a great experience with the first. I found the revelation in this game particularly shocking as it changes your entire interpretation of the game. As you progress through the game you’re being “guided” by a friend called Atlas. Near the end of the game you find out that Atlas is actually the villain Fontaine, and he has being manipulating you against your will by using the trigger phrase “Would you kindly” before every request. It’s particularly grim when he uses the trigger phrase to make you kill your own father with a golf club. That sneaky dog.

(and he looks so trust worthy too)

This was a truly shocking moment in an outstanding game. Our protagonist and hero John Marston, after spending the entire game trying to undo his questionable past, has retired peacefully to his ranch and is living happily in harmony with his wife and son. All of sudden an angry posse arrives with colossal ballbag Edgar Ross and proceeds to attack John. After successfully getting your wife and kid to safety, you’re then given the opportunity to shoot all these traitorous bastards, but as you begin to open fire you die a horrible death by being brutally gunned down by Ross and his mates. It’s the second time I was completely shocked by a main characters death, which brings me to my next entry… 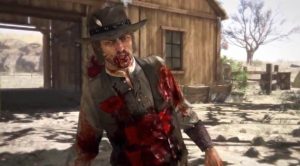 You all knew Aeris (or Aerith, whatever floats your boat) would be in here. Aeris up until this now famous part of the game, was an integral character and someone that all gamers had become invested in. As we’re trying our damned hardest to stop Sephiroth obtaining the black Materia and raining down death and destruction to the planet, Aeris decides to dander off and try and take him down by herself. As she’s praying to the planet for help, Sephiroth (or rather a clone of our favourite villain) nonchalantly stabs her in the belly, as you do. Aeris dies instantly, and fake Sephiroth prances off with his wonderful platinum hair blowing in the wind. 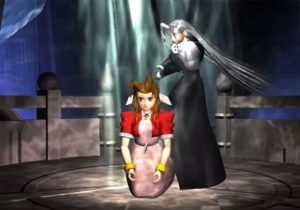 Hands down my favourite ever moment in video gaming history. I was young, and I would have received a clip around the ear had my parents heard me, but I audibly yelled “Oh fuck off” when KOTOR threw this revelation at me. You’re up against Darth Malak in this edition of Star Wars. Darth Malak is a former apprentice of the evil Sith Lord Darth Revan. You spend the whole game fighting your ass off for the Republic against Malak’s Sith Empire. As you become a highly skilled Jedi for the Republic, you’re hit with the bombshell that you’re actually a brainwashed Darth Revan, and have been playing as the Sith Lord all along. It’s a particularly cool slow pan reveal and the suspense was built perfectly. It’s a great moment, but even better is the choice you have to assume control of the Sith Empire and move back to the dark side. I’m a bit of a prick, so it’s pretty obvious what I did. 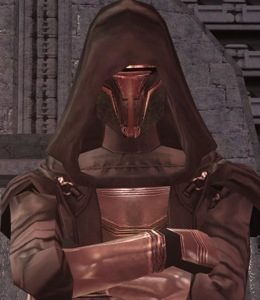 Well that’s the 5 most shock moments in video games, think we missed any or disagree, leave a comment down below.