Ask any comic book fan to name something that makes Batman stand out from the cape and cowl crowd, and they will likely reply with something about his ability to complete his mission without resorting to taking a life. In fact, this principal is so ingrained in the minds of most comic book fans that it’s one of the many reasons Dawn of Justice got such a poor reception, but, dear nerds, Batman has killed before, like, a lot, in both comic books and movie adaptations. So, with that in mind here are 5 Times Batman Has Killed.

Punches a Criminal into a Vat of Acid

Batman’s “no killing” policy may be fundamental to his character now, but in the beginning, it had yet to take root, in fact Batman killed regularly in his early comic book incarnations. Take, for example, the time he was pursuing a criminal on a catwalk hanging over vats of acid. Batman decides he’s had enough of this peaceful surrender shit and punches the guy in the face, knocking him into the hazardous chemicals, all the while quipping like James fucking Bond. 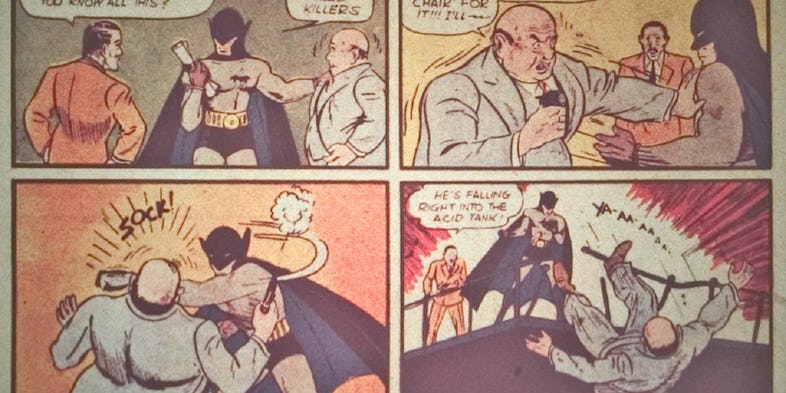 (Looks like you could use a bath, hah! I should write that down.)

Hangs a Mental Patient from the Batplane

We’ll stick with early comic book murders for now and this one is particularly fucked up as the person killed in this scenario wasn’t a villain, but an innocent mental patient. In “Batman No. 1, 1940” a mad scientist doses a group of mental patients with chemicals transforming them into monsters, with the intention of unleashing them on the populous. Now you’re probably thinking, “well, Batman will find a way to change them back”, nope, he shoots up the truck (possibly killing the driver), lowers a noose made from reinforced steel around the monster’s neck and flies off while the struggling victim chokes to death. 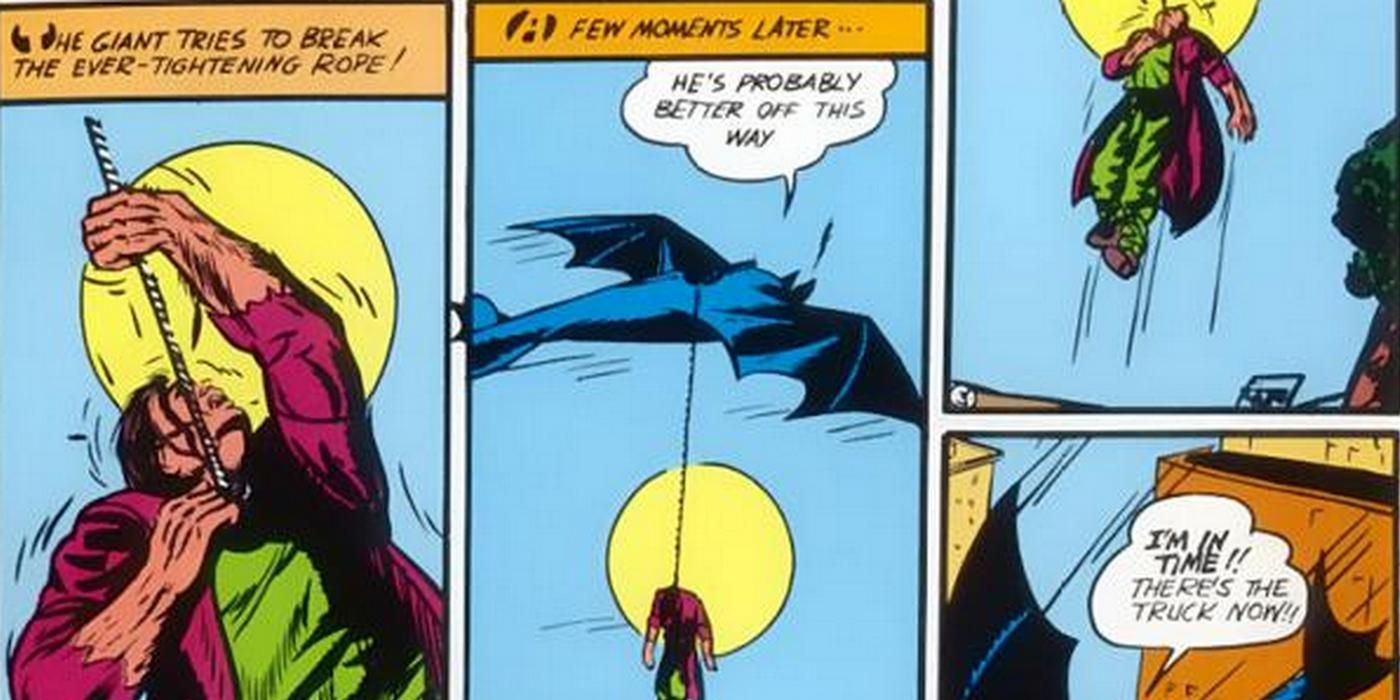 (Jesus Bruce, I know your parents were killed but fuck sakes mate, calm down.)

Shoves a Bomb Down a Guys Pants

Now, if you’re sat there thinking that it was just the early comic book version of Batman who was a murdering dick, you would be very wrong indeed, Batman has killed on the silver screen as well and no, I don’t just mean “Batfleck”. Batfleck was certainly not the first movie version to kill, hell, he wasn’t even the second, for this example we must go all the way back to Batman returns. In Batman Returns the caped crusader stuffs dynamite down a criminal’s pants, punches him into a sewer, and all while sporting the creepiest smile ever. 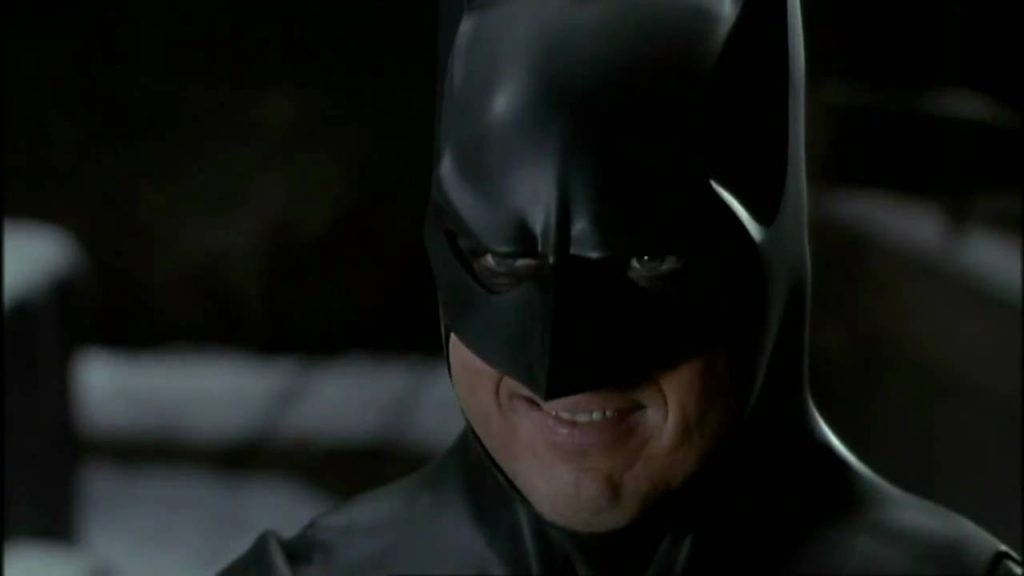 Kills fake Ra’s al Ghul (and a bunch of assassins)

This one always stuck with me, mainly because it happens as a direct result of Bruce refusing to take a life. While he is being trained by the League of Shadows, Bruce comes to his final test, execute a murderer, he refuses, stating that “he will fight crime, but won’t become a killer”. After drawing his moral line in the sand, he proceeds to piss all over it by setting the building on fire, causing an explosion that likely killed a few assassins, and which drops a beam on the fake Ra’s, killing him. So instead of killing one person, you killed quite a few, well done Bruce, you’re so good at not killing. 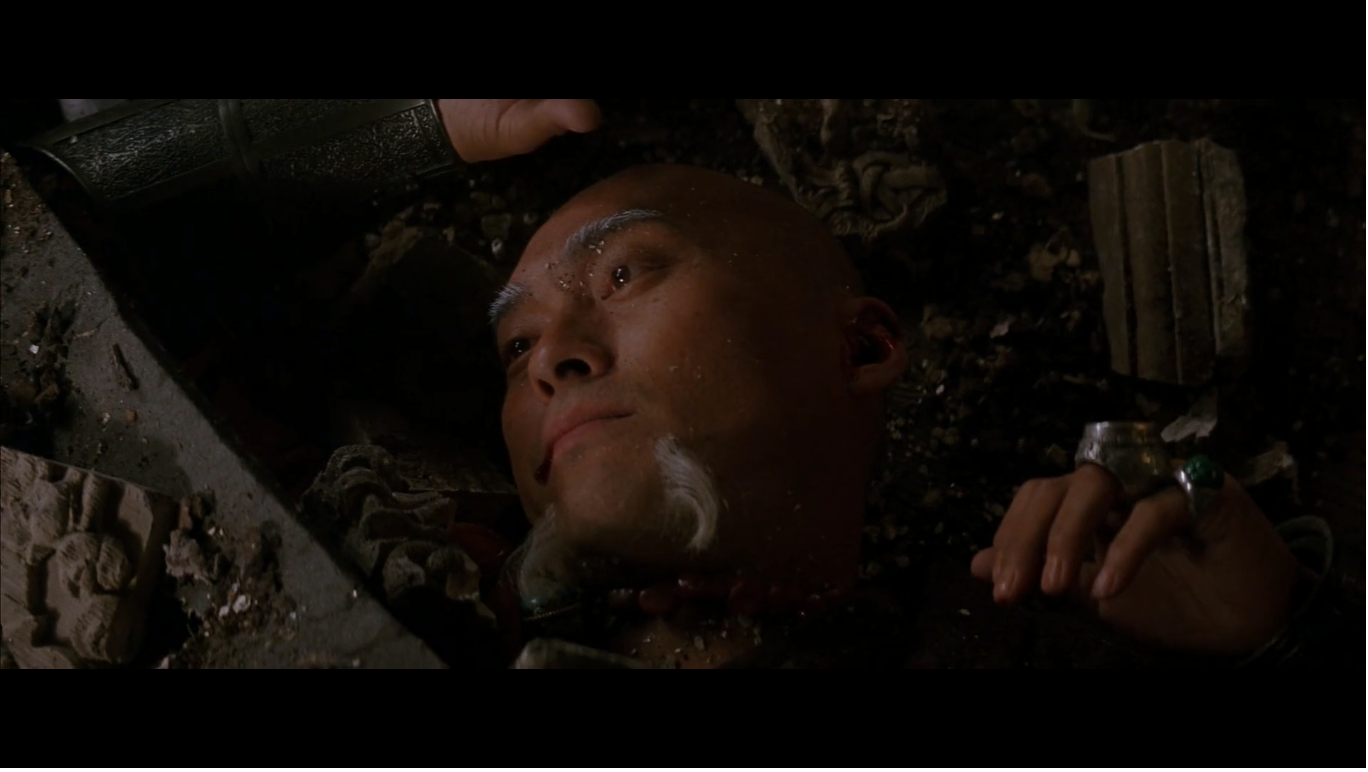 (Gravity killed him, not Batman!)

Tackles Harvey Dent off a Ledge

After being driven insane by the death of the woman he loved at the hands of The Joker, Harvey Dent kidnaps commissioner Gordon’s wife and children, he threatens to kill the commissioner’s son, but leaves the decision to chance. Before Dent can act, Batman (despite just being shot by Dent) tackles them both off the ledge, saves the boy but kills Dent in the process.

This was one of my favourite scenes in the Dark Knight, because to me it represents a truer depiction of The Batman, I’ve never seen Batman as this unflinching, morally incorruptible hero, I see him more as a soldier willing to do what’s necessary, true he won’t kill outright, but if it comes down to it he will sacrifice his code to save the life of a child. While he couldn’t be sure that his actions would kill Dent in the process, he was willing to risk that to save a young boy’s life.

Well that’s our list of The Five Times Batman Has Killed, do you think we missed any or just disagree, let us know in the comments below and don’t forget to subscribe to our YouTube channel to watch our Let’s Play series.