If you haven’t yet worked it out, I love video games, mostly because I get to hit stuff with a sword and shoot stuff with a gun, but also because they’re a great way to tell a story, and they happen to have some of the greatest fictional characters ever. Video game characters can be strong and brave, quiet and reserved, or so infuriating to be around that you can’t help but devise painful, yet elaborate means of death, this list happens to be about characters who fall into that last category, here are 5 Video Game Characters We Loved Killing.

It will surprise no one to see Natalya Simonova from Golden Eye on this list, because for most of us she was our first, she was the first NPC we ever killed. Of course, the first time it happened it was purely accidental (wink wink), she had this awful habit of running headlong into enemies or just walking across the players line of fire because she saw something shiny.  In her defense, it was the 90’s and companion NPCs were a relatively new concept, but that didn’t make her any less frustrating, or any less fun to kill. 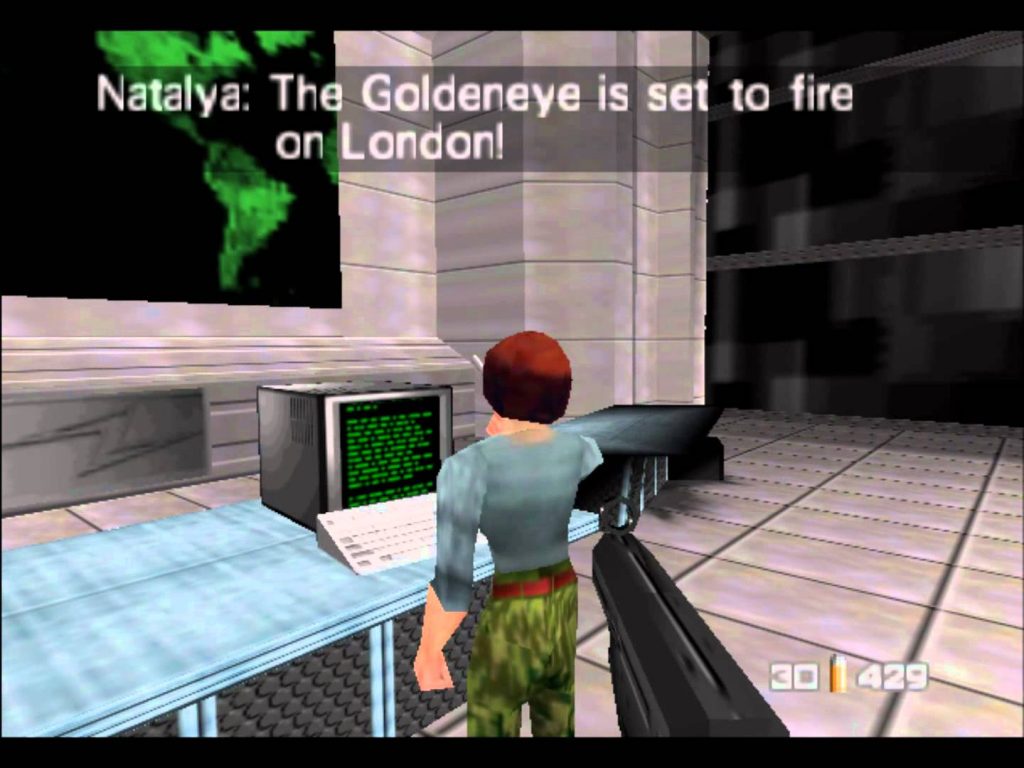 In the barren wastelands of Fallout 3, there exists no small number of settlements, there’s the settlement of Megaton, which is built around an undetonated atomic bomb, Rivet City is a city built inside an aircraft carrier and of course there is the “Lord of the Flies” esq settlement of Little Lamplight, home of our 2nd entry, Sticky. You meet this annoying cock on his 16th birthday when he is being forced to leave home, as all citizens of Lamplight are, if you agree to escort him, you will be treated to nonstop verbal diarrhoea until you finally snap and shoot him in the face with a Fat Man. If you manage to resist this overwhelming urge, chances are good he’ll walk over a mine, killing himself anyway, so we say, have at him! 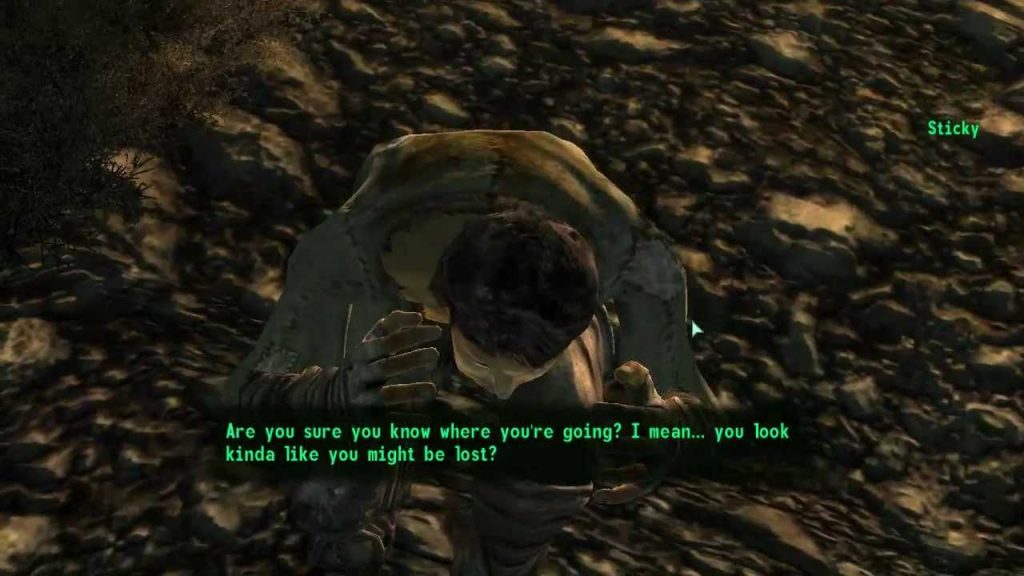 On paper the “Adoring Fan” is great, having someone to idolise you, tell you how awesome and pretty you are sounds good, and for a while it is, he’s like your own personal cheerleader waddling around after you, telling you that you’re the best around. He doesn’t really get annoying until you’re fighting for your life, all while the little bollocks is reciting the same crap dialogue for the 50th time, with a shit eating grin on his face. But even if you resort to violence and murder him, the irritating bugger comes back after a few days because Bethesda devs are apparently trolls. 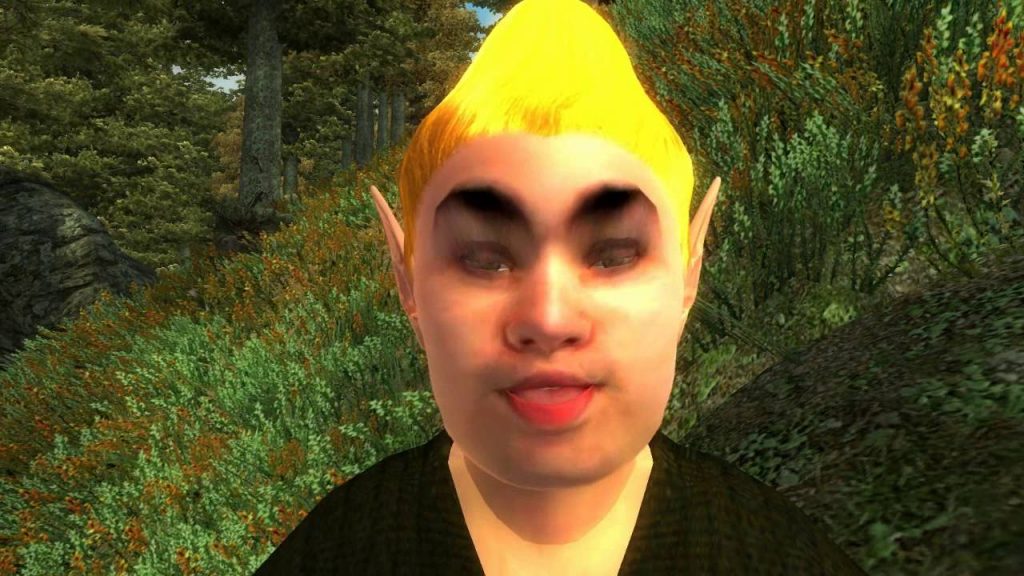 If you have owned any console since 2011 then chances are you have played Skyrim, and chances are equally good that you have come across and killed Nazeem of Redguard. The reason this is all but certain is because Nazeem is an insulting posh twat, who speaks in a condescending manner and scoffs at you for not visiting the cloud district, thus earning himself a one-way ticket to stab-junction. The creators of Skyrim clearly knew what they were doing with this character, as Nazeem is the target of a side quest in which the player gets to fist fight him until he learns his place, fun, but not as gratifying as a broadsword up the arse. 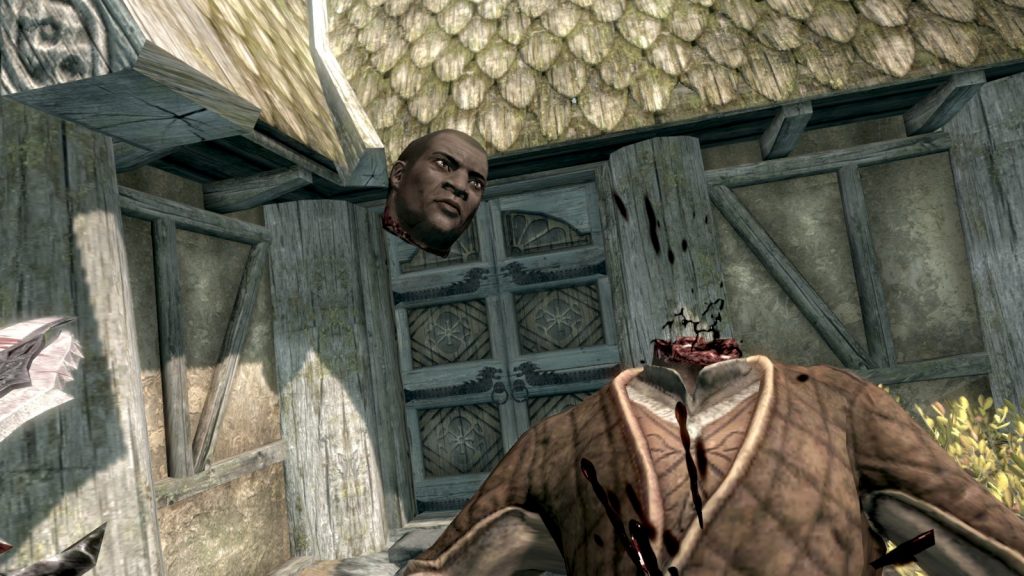 (“Sorry Nazeem, didn’t quite catch that!”)

The fantastic first season of Telltale’s The Walking Dead is one of the greatest pieces of interactive story telling ever, it boasts an amazing narrative, with brilliant plot twists and it has some of the most varied characters in video games, each with their own personalities, quirks and flaws…. unfortunately, it also has Ben. When he first shows up Ben seems like nothing more than another scared teenager, a young man who has lost his family and is just trying to survive, but by the third episode it wasn’t clear who was the bigger threat, the zombies, murderers and rapists or a conscious Ben. He makes a deal with bandits, runs off like a coward leaving a frightened child to fend off zombies and removes a hatchet that’s holding a door closed with zombies on the other side. So, when the time came to let him fall to his death I hit that button faster than you can say “death soliloquy”. 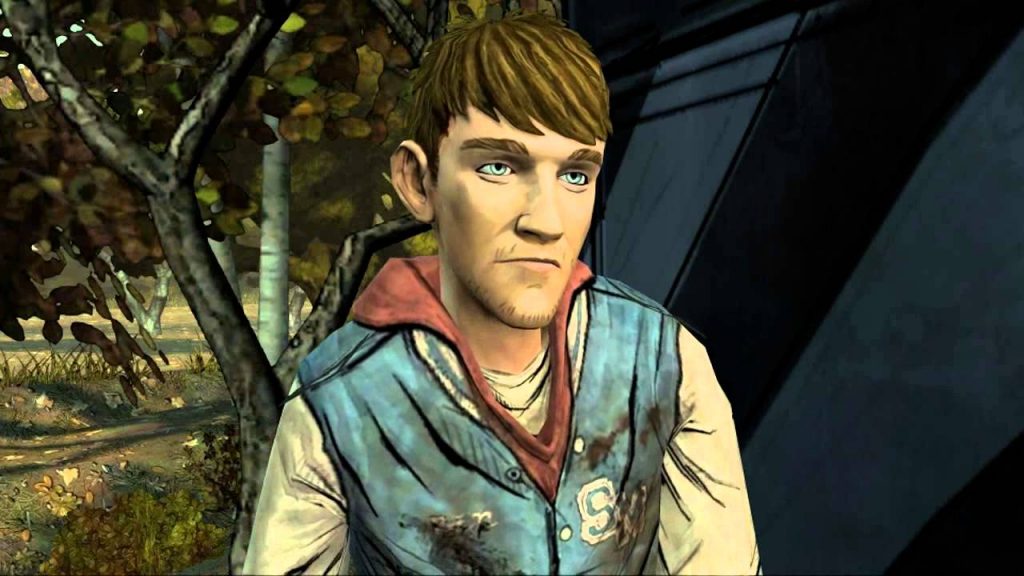 (Should have killed him with an axe as soon as I met him!)

Well, those are the 5 Video Game Characters We Loved Killing, can you think of any that should’ve made the list or just disagree? Let us know in the comments below, don’t forget to follow us on Twitter, Facebook and subscribe to our YouTube channel and if you’re feeling generous feel free to donate to our Patreon, thanks for reading.