2017 may have been a shit year for politics and world affairs, but at least we had some kick ass video games to play while the world around us was going to hell, let it never be said that I can’t find the silver lining in the ever-looming apocalypse.  But can 2018 deliver the same level of excellence or would we all be better off with Trump hitting the button a few months early, so we don’t have to deal with the inevitable disappointment of Final Fantasy 7: Remake. The answer of course is yes (to the first one of obviously), hence this list, so without further padding of a word count here are 5 Video Games to get excited for in 2018.

Can you remember the last good Spiderman game? I’ll give you a hint, it was 2004, Nickelback were still riding the wave of their success and Toby Maguire was still relevant, yes it was Spiderman 2: The Game. An open world video game where Manhattan was your spider oyster, a game in which you could stop criminals, web-sling anywhere and punch criminals in the dick, but since then everything has been one disappointment after another. That was until Spiderman for PS4 swung its way into our lives, looking gorgeous and boasting a huge open world you can traverse using parkour, and the chance to face off against enemies with environmental combat, all while doing whatever a spider can. Spiderman (2018) promises to fill the Spider shaped hole in our lives. Kratos is back! And has swapped Greek mythology (presumable because he has killed all their gods) for norse mythology. Not only that, but he’s a father again, let’s hope it turns out better than the original God of War, where he brutally butchered his wife and child. But this time around he seems more chilled and fatherly as he and his son share a hunting trip and vicious battle with a monster………. someone call norse child services! But not only are we getting a new mythology, but we’re also getting a whole new gameplay style, featuring a third-person, over-the-shoulder free camera, a huge change from the previous games, which all had a third-person, fixed camera. God of War also promises bow combat and crafting elements, two more firsts for the series, with all these changes it feels like it will be a fresh take on the Ghost of Sparta and I for one can’t wait! 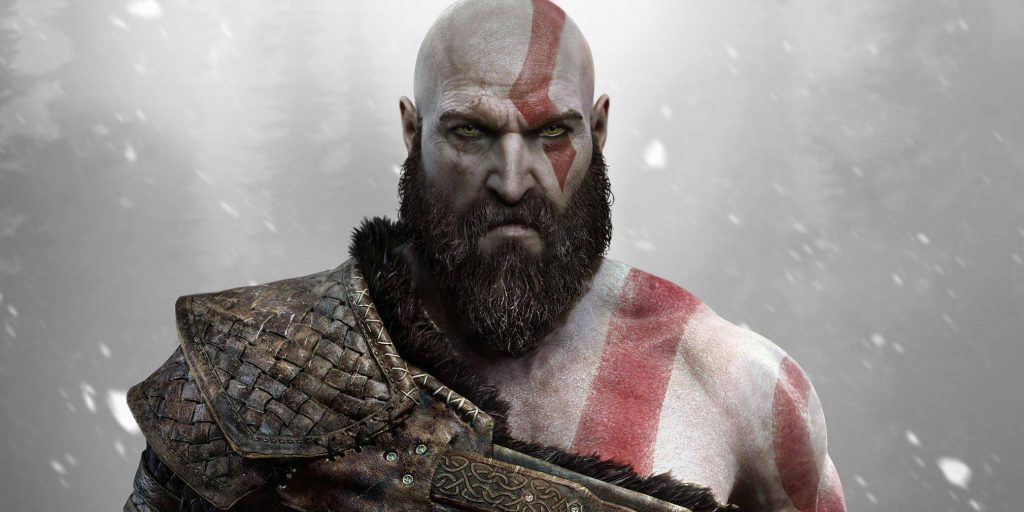 (I will suffocate you with my beard!)

Red Dead Redemption 2 is the upcoming sequel to, as you may have guessed, Red Dead Redemption, a western-themed action-adventure game following the story of John Marston, who probably won’t be in this one. Rockstar are remaining pretty tight lipped and haven’t revealed too much about the story, but from what we can tell, the game play will remain similar to the original and if it’s anything like it’s predecessor it will have a great story, with memorable characters. I personally don’t care what it’s like as long as I can still tie people to train tracks, and twirl a villainous moustache. This is one that I personally cannot wait for, as I loved the original and I can’t wait to see what has happened to Ellie and Joel. Again, we don’t know too much about the story, but we do know it will be set five years after the events of The Last of Us, and that the player will be controlling Ellie this time around. From the footage of the two trailers and various interviews The Last of Us: Part II promises to be a very different game, writer/director Neil Druckmann has stated that “the first instalment, was centred around love, however this game will be centred around hate” and given what we have seen of it so far, that seems to be right on the money, which Naughty Dog should take, right now. (Even in the zombie plant apocalypse you can’t escape wonder-wall.)

12 years, I have been waiting for this video game for 12 years Square-Enix, what the fuck have you been doing in that time? What? Final Fantasy XIII, XIII-2 and Lightning Returns………… come here, no, come here I’m not mad, what? This? It’s…my…happiness stick, don’t you run away from me! Yes, it’s finally happening, after 12 long years, a few moderately entertaining spin-off titles and a prequel or two we are finally getting a Kingdom Hearts III, and given Disney’s recent acquisitions we may very well be getting a Deadpool cameo in Kingdom Hearts, so silver lining I guess. While it has been a long time in the making it looks like Kingdom Hearts III will be worth the wait, given the gameplay footage we’ve seen so far of the characters, the various enemies and the battle system, it looks more crisp, more colourful and sharper than ever, I will be keeping a close eye on this one, but I remain hopeful. Well, those are the 5 video games we are most excited for in 2018, are there any you are excited for that we missed or just disagree? Let us know in the comments below, don’t forget to follow us on Twitter, Facebook and subscribe to our YouTube channel and if the Christmas spirit inspires you feel free to donate to our Patreon, thanks for reading.