Video Games have a great knack for tugging at your heart strings, they are fictional worlds that we spend hours exploring, saving, and are filled with awesome characters that we develop bonds with. And it is because of that fondness that we feel all the more betrayed when one of the back-stabbing buggers turns around and fucks us over, maybe it’s for money, maybe it’s for power or maybe it’s because they are bigger dicks than we could ever hope to be. So, with that, here are 5 of the worst video game betrayals we’ve ever had happen to us. Oh, and obviously, spoilers ahead.

I’ll start with an obvious one because, let’s be honest, we should’ve seen it coming, Grand Theft Auto Vice City has us play as Tommy Vercetti, an amoral criminal who loves to kill and steal, but despite his nature, he still had one friend, Lance Vance. Lance was a reliable friend, the kind of friend you could call on when you need a place to stay, borrow money or exact murderous revenge. But none the less, Tommy treats Lance like shit, berating him and treating him like a lacky, so when Tommy tells Lance that the Vercetti business is “my operation, mine”, Lance decides enough is enough. While it is a betrayal, it’s hard to sympathise with Tommy, because if he’d been less of a dick, he’d probably still have his partner. 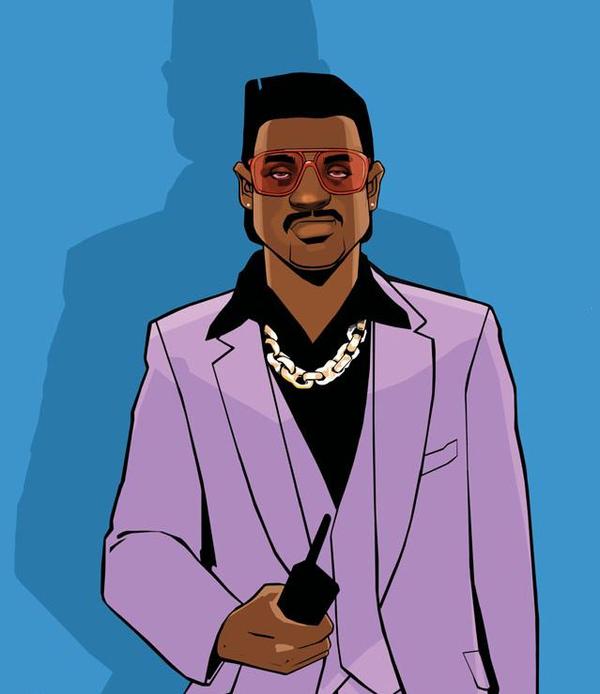 (“If he calls me Pants Vance one more time, I swear I’ll betray him!”)

On an island that’s filled with slavers, rapists and Vaas “wank face” Montenegro, you take your allies where you can get them, and this includes, strange, scantily dressed warrior goddesses. Citra is leader of the Rakyat, the tribe indigenous to the Rook Islands and when you first meet her she appears to be your ally, mostly because she doesn’t try to enslave or rape you, but that’s besides the point. After helping you for most of the game, she then turns around kidnaps your friends, drugs you and manipulates you into killing them, which is proceeded by a praying mantis styled sex-death. Of course, if you choose option B you only almost kill your friends, either way, she’s not the sort you’d bring home to meet your mother. 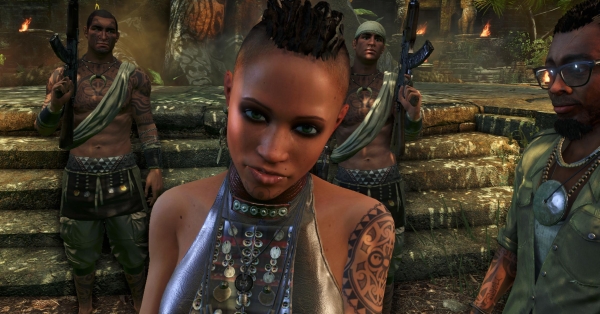 (“It was just a little kidnapping…”)

Star Wars: Knights of the Old Republic is an awesome RPG where you get to play as a noble Jedi knight, or a murderous Sith baby eater, either way it’s awesome and if you haven’t played it yet, get on that shit asap. The sequel Sith Lords had its share of problems, but it was still amazing, mostly due to the plot and characters, one of whom is the elderly, Obi Wan esq mentor Kreia. She takes the main character under her octogenarian wing and retrains them in the force, you form a bond, bake cookies and murder Sith, ah grandmothers. That is until she reveals her self to be a Sith lord who wants to destroy the force and all who wield it, and since everyone is connected by the force, this is one mad genocidal bitch. This betrayal cuts deep because she is your teacher, someone who has been imparting wisdom from the start, only to stab you in the back with a lightsaber, the old cow. 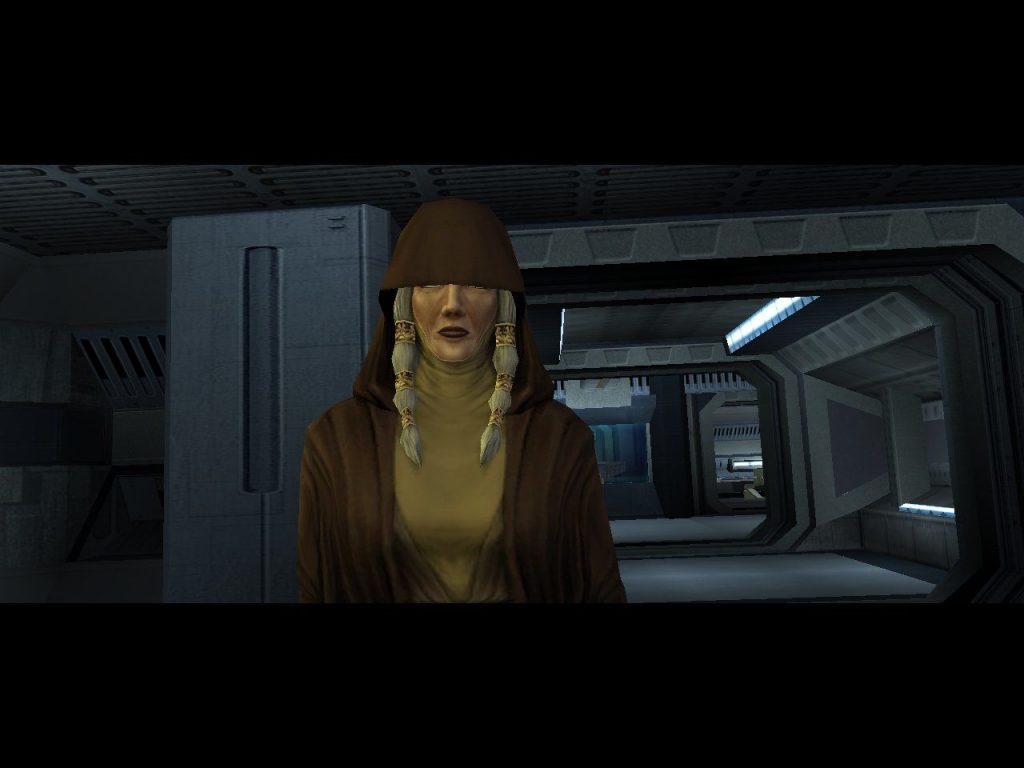 (“Those orphans were coming right at me!”)

While a sequel to the critically acclaimed Portal was inevitable, no one could have predicted that it would have such a great story. Portal 2 is set (as the name suggests) after the events of Portal 1, the main character Chell is awoken by the personality core Wheatley so the two can team up and stop GLaDOS. Simple enough, stop a rogue A.I from wrecking the place and install your funny robot sidekick as the central core, what could go wrong? A lot apparently, because once you defeat GLaDOS and install Wheatley, he goes from loveable, bumbling buffoon, to homicidal lunatic faster than you can say “thinking with portals”! It’s especially unexpected as Wheatley is so timid and loveable, you just don’t expect it. 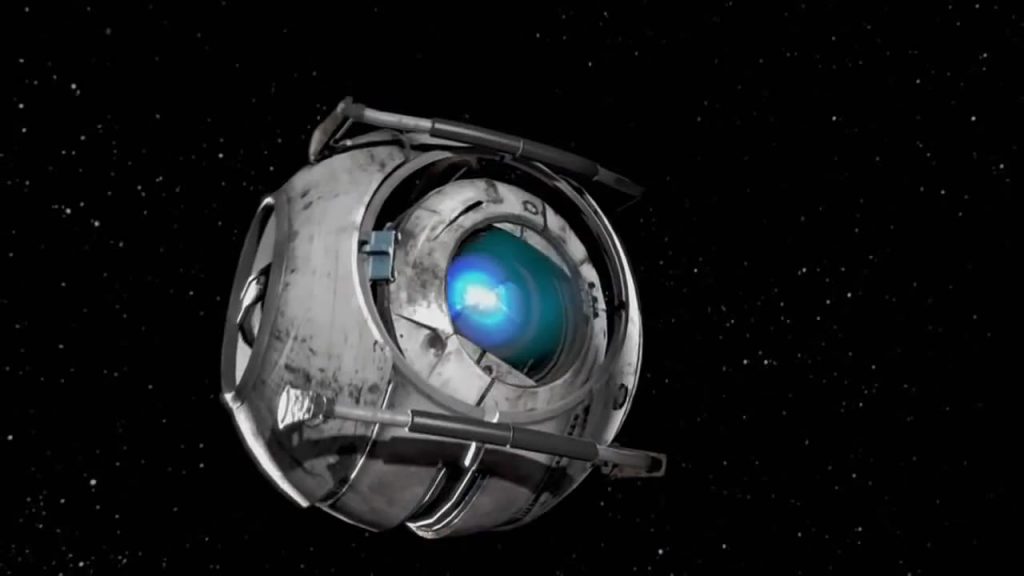 This is one I’m sure many of you have been screaming since the beginning of this article, but don’t you worry, we saved the best for last. General Shepard is a 3-star general and a 5-star dick, this treacherous arse spelunker basically sends you on suicide mission after suicide mission, all so he can acquire a military MacGuffin so that he can take all the glory and become a national hero, wanker! While the betrayal itself is shocking the worst part is the callousness of it, he just shoots you and your partner point blank, and then sets you on fire, all while sporting, what I can only assume, is the biggest erection.

Well, those are the 5 Worst Video Game Betrayals we’ve experienced, can you think of any that should’ve made the list or just disagree? Let us know in the comments below, don’t forget to follow us on Twitter, Facebook and subscribe to our YouTube channel and if you’re feeling generous feel free to donate to our Patreon, thanks for reading.