What is a Video Game without a good story? Well…it’s a video game with a crap story but shut up I’m trying to make a point here, that point being, that a great story is only as good as it’s ending. So, when a game comes along with an ending so bad that it pretty much ruins the entire game we of course should take to the internet and complain, with that in mind here are 5 of the Worst video game endings ever.

The original Kotor has been lorded as one of the best RPG’s ever, with an amazing story set in the Star Wars universe, with interesting and memorable characters, and one of the greatest twists in gaming, so a sequel was inevitable. A really good sequel too, with an interesting premise, that premise being that your allies will follow your path, and that your relationships with each of them determine their fate, so when the ending amounted to nothing more than a psychic old lady telling us what “may” have happened to them after a bomb is detonated, fans were understandably annoyed. It’s an ending so crap you would’ve thought George Lucas himself wrote it. 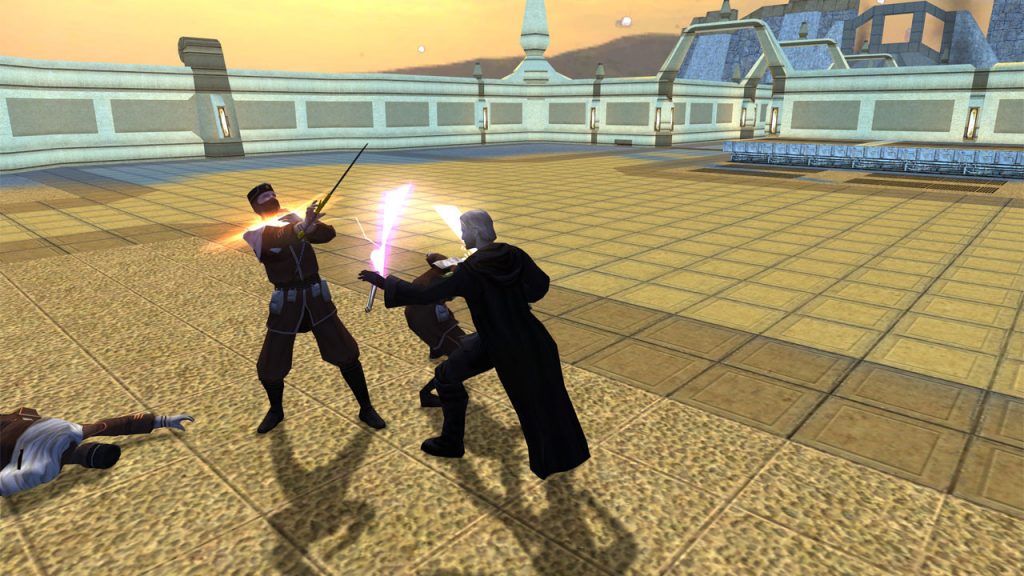 (“I find your lack of a satisfying ending disturbing”)

I personally love the Fable series, well, the first three anyway, there’s something about being able to wreak havoc on unsuspecting villagers dressed in drag while farting and playing a lute, all while the world around me goes to hell, that speaks to me on a spiritual level. While the first was arguably the best, a sword and sorcery RPG, it was the sequel, Fable 2, that I enjoyed the most. Mostly because I got a dog and a gun but also because it was bigger, with a larger world to explore and a sort of life simulator vibe to it, but when the ending came down to, let your dog and family die, don’t let them die or get all the gold ever, I couldn’t help but feel disappointed. 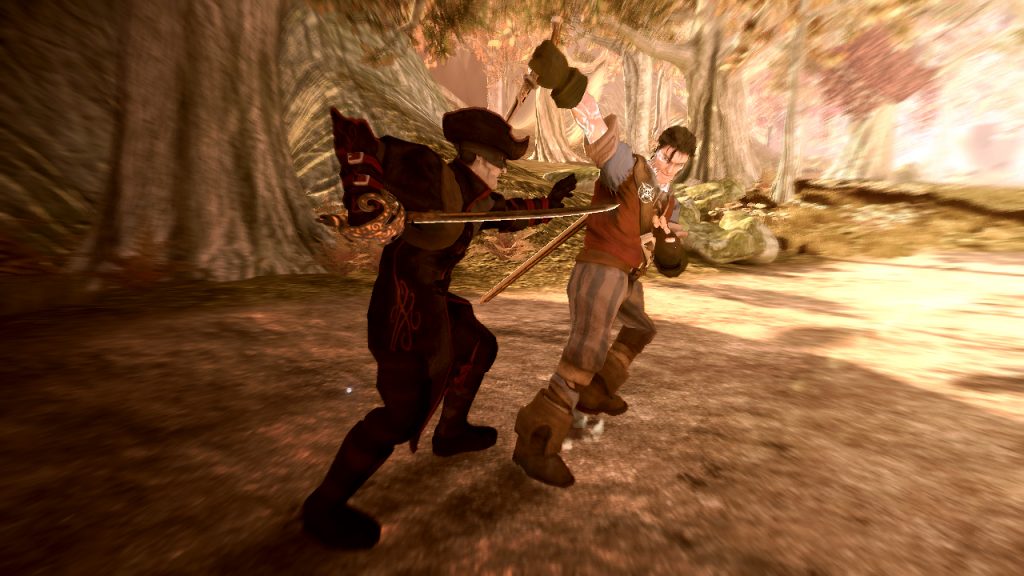 Fallout 3 was a post-apocalyptic open-world RPG that centred around player choice, you choose what your character says, does and how they interact with people. But at the end of the game Bethesda ripped that freedom out of the players hands and had them martyr themselves, the worst part is that you have several characters at your disposal who could perform this task without dying, but they feel it’s more character building if you die. Bethesda have since retconned the ending, but I won’t forget this narratively unfulfilling bollocks. 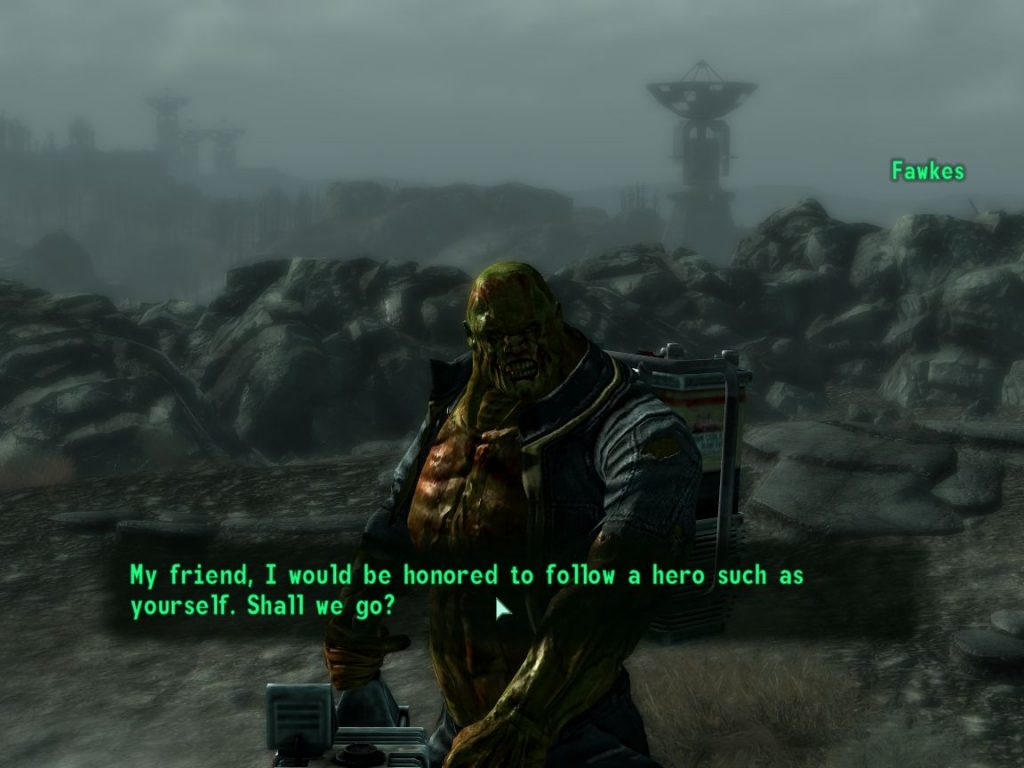 (“I’ll follow you, but I won’t press any buttons!”

Batman Arkham Asylum is one of the greatest video games ever, it allowed players to engage enemies with a fresh (for the time) combat system, solve puzzles with fun and interesting mechanics, had some of the most interesting boss fights of its generation, and one of the most well-crafted video game plots ever. So, you can imagine my shock when the ending came down to The Joker Challenging Batman to a fist fight, even if you knew nothing about the character and had only played Arkham Asylum, this would seem ridiculously out of character and no way for the clown prince of crime to go out. 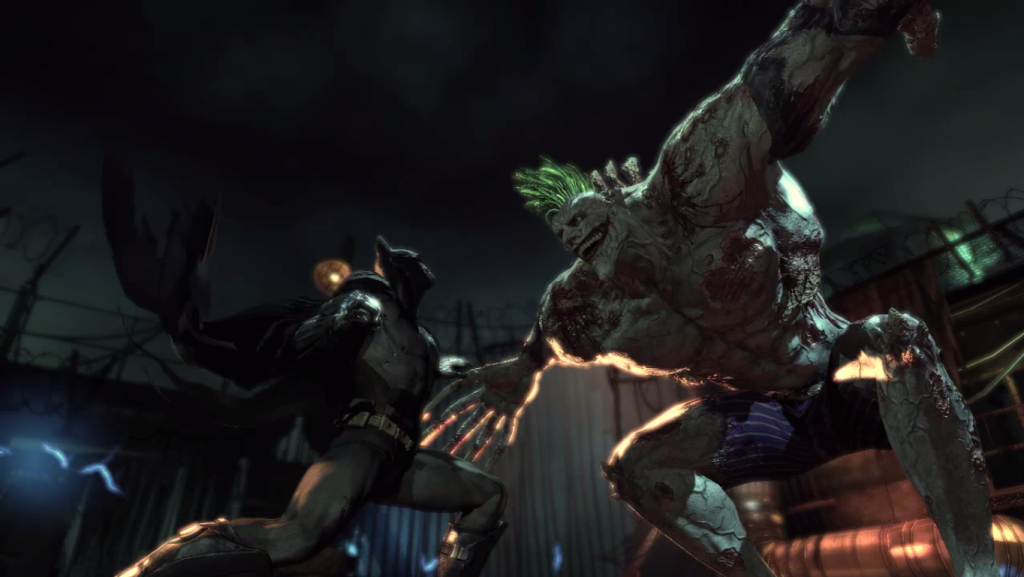 Last, and most certainly least, we have Mass Effect 3. Now, this one is the most egregious to me personally because I rank Mass Effect as one of the best video game series ever, Mass Effect 2 sits in my personal Top 10 video games of all time and my fondness for the universe extends beyond the games themselves, so imagine how bad this had to suck to make this list. The series promised us games based on choice and consequence, about how our actions would shape the universe, and for the most part the series delivered on that promise. So when 3’s ending boiled down to, kill the bad guys, control the bad guys, or merge with the bad guys, nerds the world over took to the internet in protest, the backlash was so great that Bioware caved and changed the ending, it’s still a load of shite, but it’s…better, I guess? 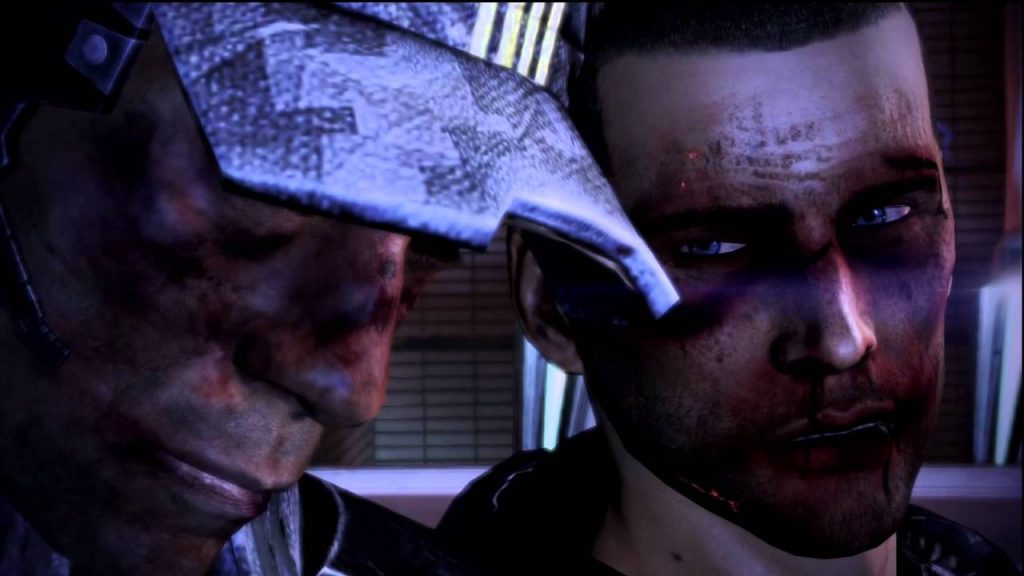 Well, those are the 5 Worst Video Game Endings to otherwise great games, can you think of any that should’ve made the list or just disagree? Let us know in the comments below, don’t forget to follow us on Twitter, Facebook and subscribe to our YouTube channel and if you’re feeling generous feel free to donate to our Patreon, thanks for reading.