Never has war looked so colourful, vibrant and like a seizure inducing flashback to the good old days of yesteryear. While first impressions may lead you to believe that 8-bit Armies is the love child of Minecraft and Command & Conquer don’t be fooled, there is so much more to it than that.

Ah the humble RTS, how I’ve missed you. It seems like only yesterday I was whiling away my Saturday nights trying to get past that God damn chopper mission from the first C&C or pouring days at a time into Red Alert 3, good times. But with EA determined to empty their bowels all over the Command & Conquer franchise it seemed that my RTS thirst was to go unquenched, that was until 8-Bit Armies invaded.

With childlike glee I booted up the game and was greeted with those familiar menu options, campaign, co/op, skirmish and multiplayer. Naturally I was chomping at the bit to dive into the multiplayer and see if I still had the old C&C magic, but I decided it would be prudent to dust off the cobwebs first with the game’s campaign mode on solo.

The missions are generally pretty simple and straightforward, you are given an objective such as destroy the enemy base or demolish an enemy structure, classic RTS missions. You are also given time at the start of each mission to build your own various structures like a power plant, barracks and so on.  You will also have to gather resources in order to bolster your army and its forces, again those familiar with Command & Conquer will find this mechanic all too familiar. 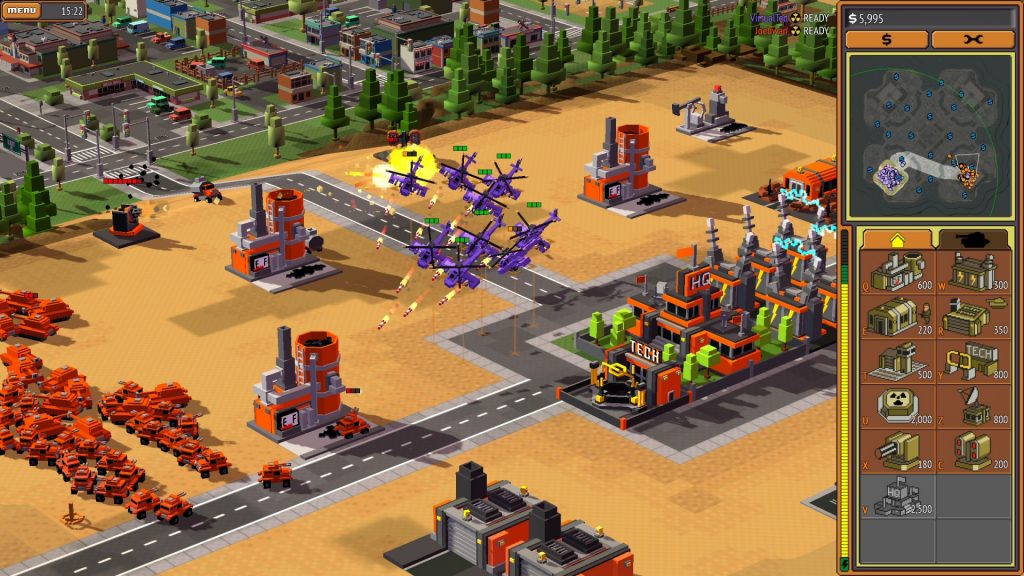 The game-play itself is not as daunting as the game may first lead you to believe. While there are quite a lot of options for each unit type the game does a great job in guiding the player through all of it. The first few levels act as a tutorial designed to educate the player in regards to the game’s controls, sub sections and the many options presented within each. It’s perfect for the inexperienced RTS player, but not so simplistic that veteran players would be bored. But I would expect nothing less from a Real Time Strategy game that harks back to the Command & Conquer days. 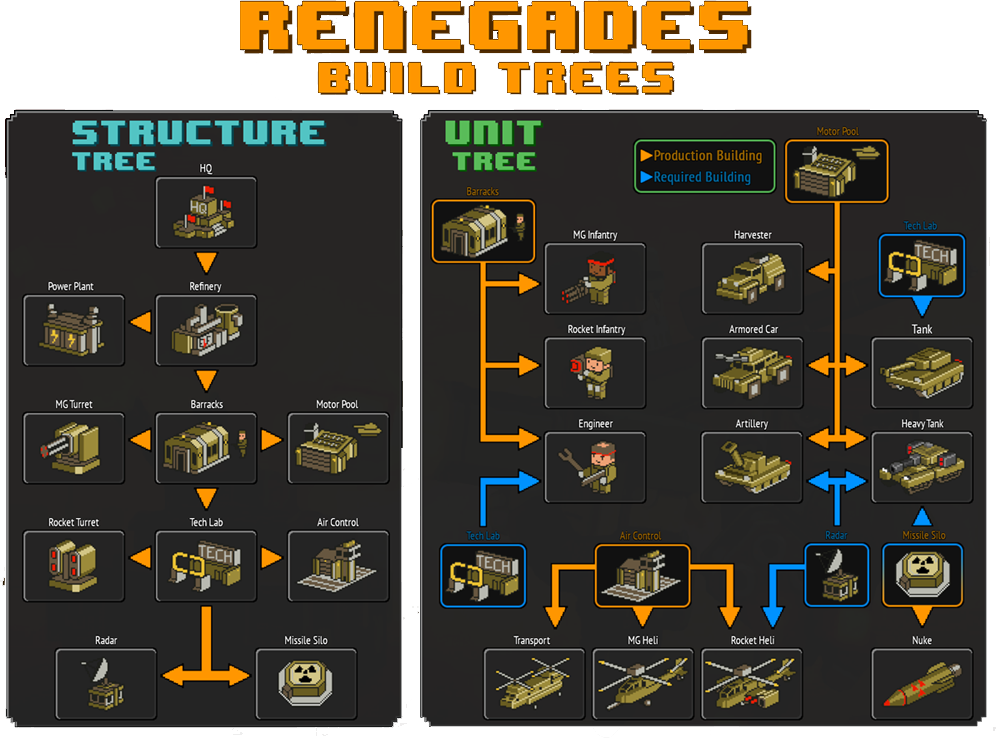 I will admit that the controls took a little getting used to for me, particularly the way you command the soldiers. Most RTS games allow you to move the whole crew by selecting them all and ordering them to advance, in 8-bit Armies however each soldier type has a particular button assigned to it. For example if you were controlling the heavy gunner you may press triangle to select them and then the X button to order them into position. The same applies for the square and circle button, while initially complicated in the end I found it a much better system, particularly when faced with the bigger maps and multiple enemies. 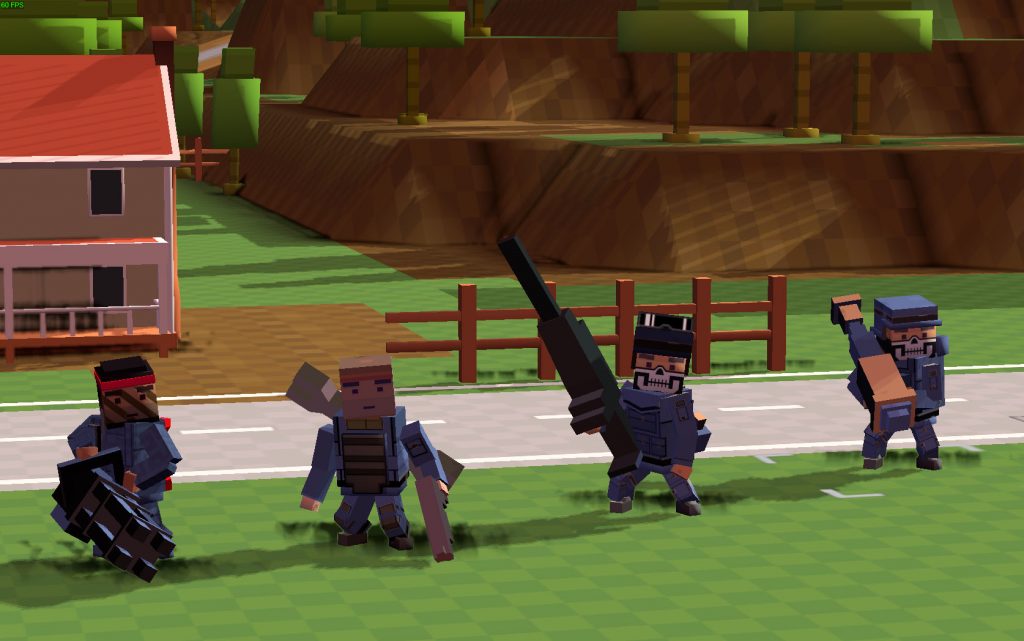 The overall look of the game is stunning; some people may scoff at the simplistic art style but to bollocks with that snooty attitude. The developers really have done a marvellous job of bringing the 8-bit style and modern-day HD together without compromising either. And by keeping the art-style simple the developers were able to “fine tune” the details of the world. 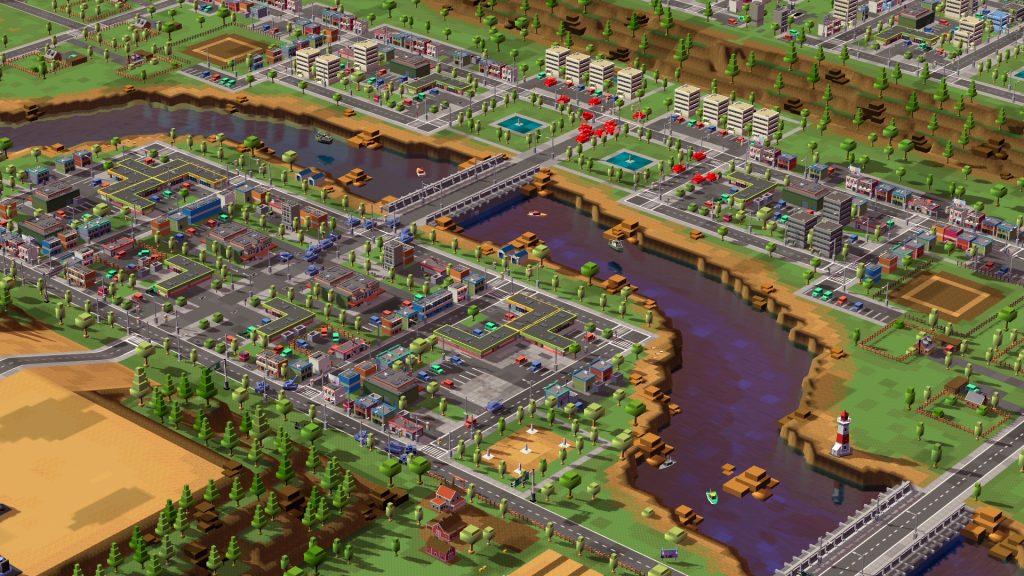 If I had to make one complaint about this game it would be that some of the missions at the beginning are a bit repetitive. I get the feeling that this is to familiarise new players with RTS concepts and tactics, however if you are an avid RTS player they may feel like a bit of a grind. But this doesn’t last too long so it is worth ignoring this issue.

All-in-all 8-bit Armies is a fun and entertaining game that doesn’t take itself too seriously and will leave you wondering how it’s already midnight. I haven’t had this much fun with an RTS since the bygone days of Command & Conquer and I pray that this is not the last we will be seeing of this franchise.