If you read my blog earlier this year in which I cheated on my girl Lara Croft, you’ll know I have recently completed an entire run through of the Uncharted series. So, in the spirit of “if you’re going to do something bad you might as well do it right,” I figured it only proper that The Last of Us should be the next title on my hit list. Plus, with The Last of Us 2 launch date getting pushed back to May 2020 and my lack of ability to be stealth meaning this wasn’t likely to be the swiftest of play-throughs, now felt as good a time as ever. 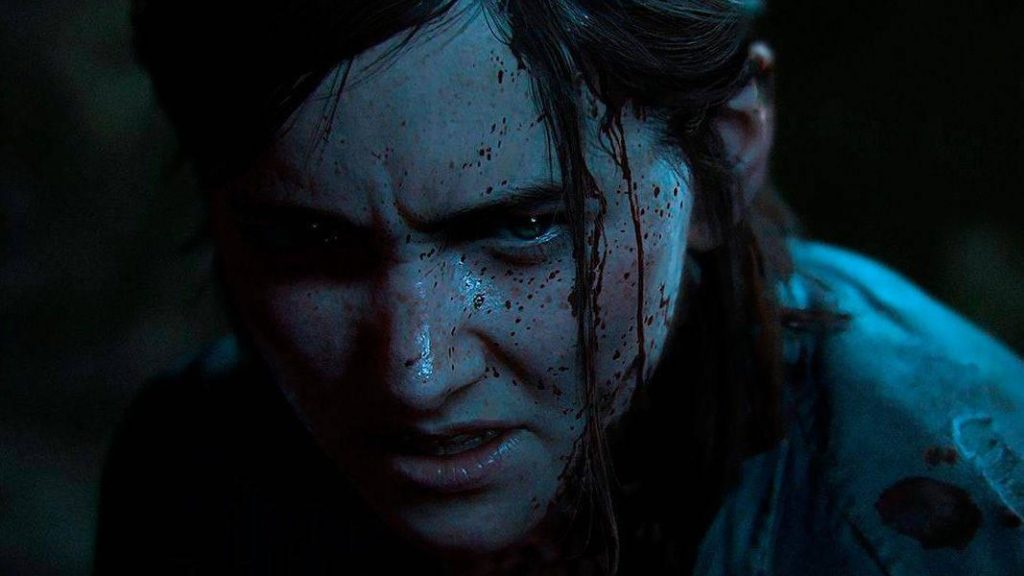 So I picked up The Last of Us: Remastered for around 15 quid, a fair price for what is largely considered to be the game of a generation, and cheap enough for me not to grumble when I realised it was freely available on PlayStation Now. The guy at the counter asked if I had already played it before and excitedly told me how The Last of Us, similar to Uncharted, feels more like watching a movie than playing a game. “Great!” I thought, a Walking Dead-like cinematic experience full of glorious Naughty Dog artwork, easy!  “It is hard, though … and scary,” he added, my card having already beeped through the machine. Oh well, time to put my big girl pants on. 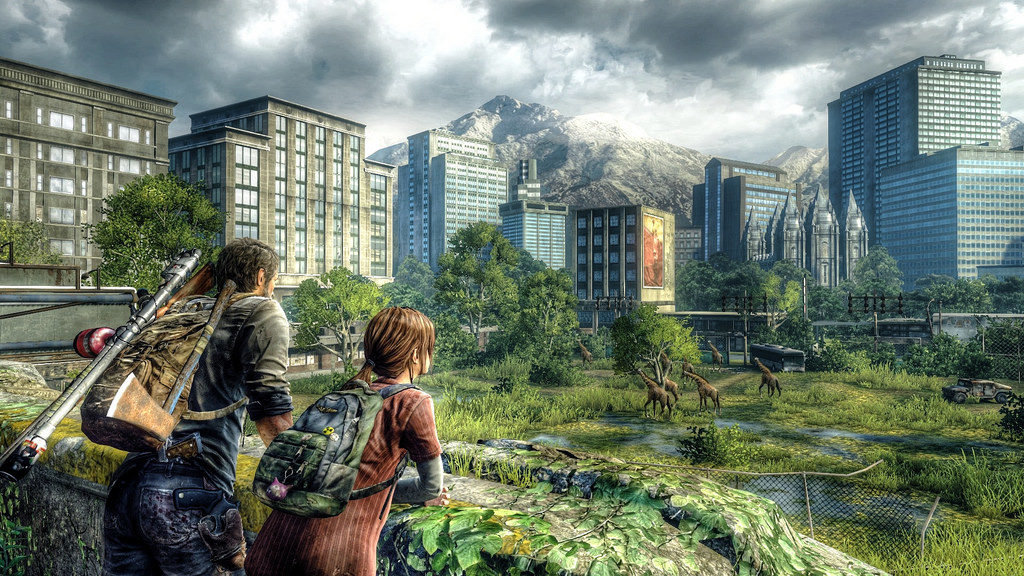 (The beautiful scenery is how they get ya.)

When The Last of Us first came out I was working at Game and I vividly remember the launch; the closing-time scramble for “Ellie” editions from rushed parents who hadn’t anticipated what a big deal it would be. On launch day, my teammates who had taken home copies the night before suggested I give it a quick blast before the shop opened with the added caveat that I would almost definitely tear up within the first 15 minutes. Sure enough, thanks to my Disney-riddled heart, I did. 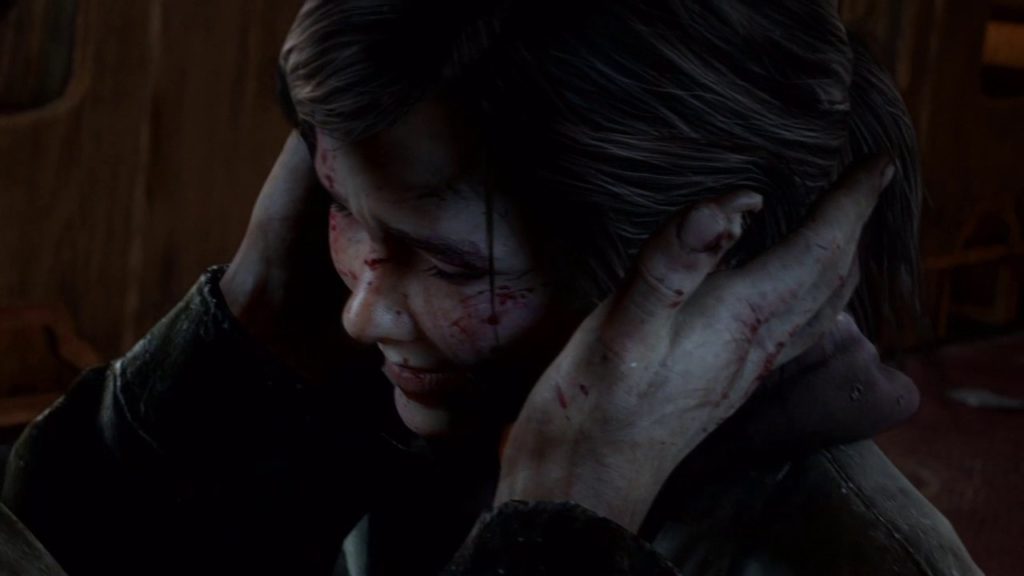 I won’t get into the whys for the sake of the similarly uninitiated but jumping in almost six years later, I had completely forgotten what that tear-jerker moment was. Instead, I just sat there, on edge, waiting for that still hazy, heart-wrenching juncture to happen. Then bam! Right before a certain fateful cut scene transpired, I remembered and started to rethink my survival crusade. Looking back, I don’t know if the mind blank was merely a case of forgetfulness or compartmentalisation. That, as we all know, is the beauty of a Naughty Dog video game; the studio creates stories and characters so real and rich that even if you’ve only been playing for ten minutes, however minimal or grunty the dialogue, you can’t help but become emotionally invested. 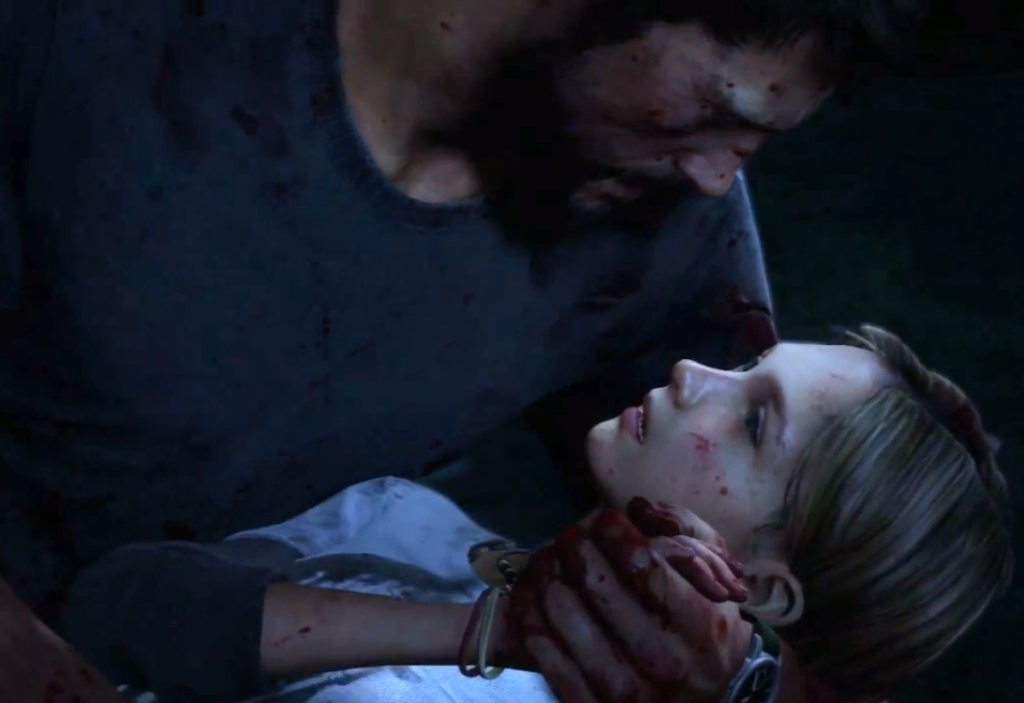 You start out in Austin, Texas as Joel, awoken in the middle of the night to a panic stirring outside and a news report blaring from the television regarding some sort of outbreak. It doesn’t take long before you’re right in the middle of whatever this so far unexplained epidemic is.

The rest of the game takes place two decades years later. The world, ravaged by a brain infection that turns its victims into blind, mutated, flesh eaters is now a dystopian shell of what it once was. Various settlements and groups have been formed, cities have been taken over, and a new sense of order has materialised. Joel, a man of few words, now hardened by it all, is a smuggler and the cargo for this mission is a young girl named Ellie who Joel is coaxed into transporting across the country at the request of a resistance group called the Fireflies. 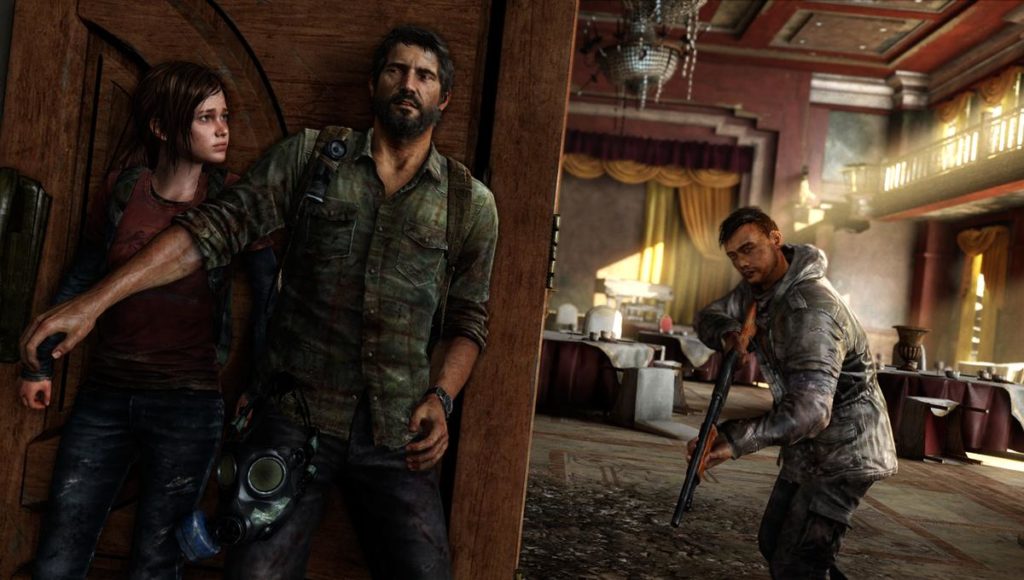 Despite sounding like a typical zombie game on a surface level, in a similar way The Walking Dead subverts the familiar apocalyptic tropes, The Last of Us is more interested in asking questions about loss, grief and the animalistic inevitability of human nature when the world gets turned upside down.

But what a stunning world it is as you traverse the seasons from Boston to Pittsburgh and beyond. We strange humans are often drawn to the eeriness of a decaying theme park ride or abandoned city, and the lush environments of this post-apocalypse America play to those sensibilities beautifully. Toggling the camera rewards you with overgrown backdrops of crumbling cityscapes and buildings that once stood tall now collapsing into each other, reclaimed by nature. You will want to explore every inch of this place but that desire can be superseded by the fear of what could be lurking behind that next door. 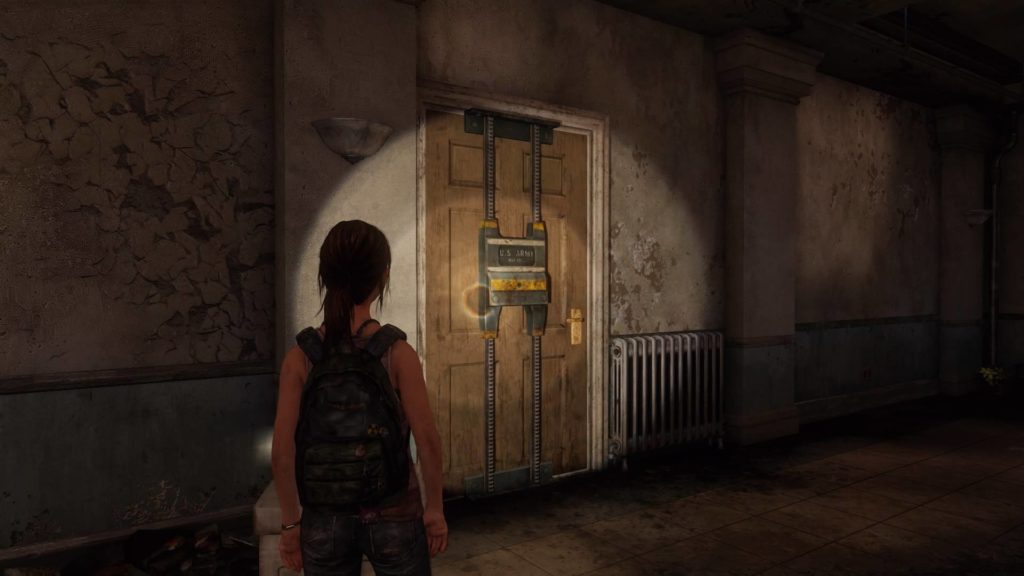 Those fears are very much warranted. Unlike Uncharted where ammo is littered around each area, allowing you to run and gun your way out of pretty much any fight, The Last of Us limits your resources and forces you to think tactfully. You can shoot an enemy but you won’t always be able to grab their ammo. Strangling someone takes a painfully realistic long time. Bottles, bricks and hastily crafted shivs are often your best method of defence in an environment where you’re usually better off crouching in the shadows than trying your luck against a group of adversaries.

At one point, I swore a big old window had that partially cracked “shoot to break glass” look about it, so I did and unintentionally invited a hoard of hungry enemies. The Listen Mode, which highlights nearby foes, is particularly useful in helping your plan of attack. Combat isn’t constant and you’ll typically know when it’s coming by the conveniently placed desk or abandoned vehicle to crouch behind. There are also a variety of enemies to be wary of from armed guards to the newly infected which run at you, and do so in packs, or the infamous Clickers with their gruesome mutated faces and tell-tale noise. Stay still and they’ll carry on dragging their limbs past you but if one gets up close, you better pray you’ve got something sharp in your hand. It is bloody terrifying and the tension rarely lets up. 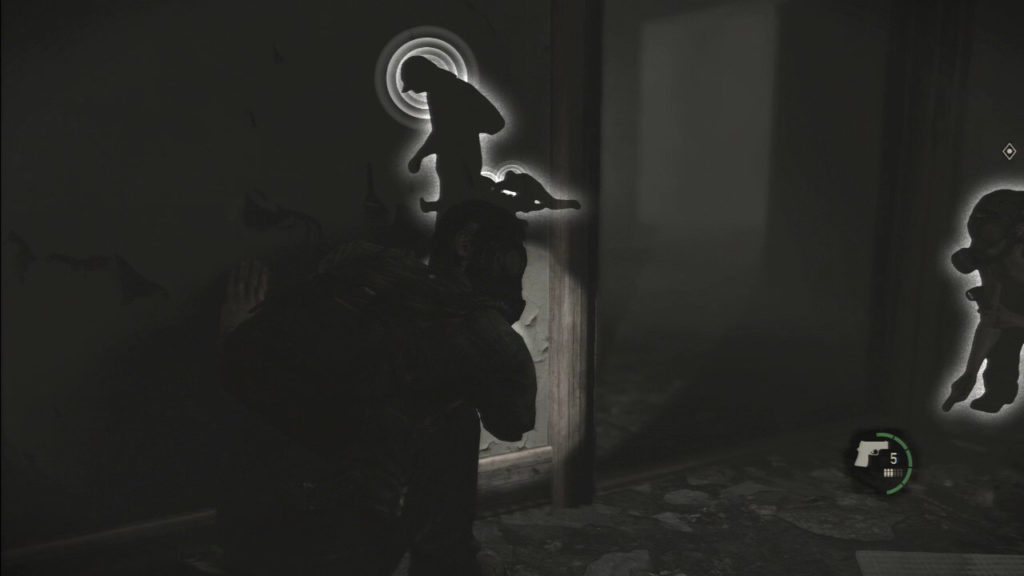 Scavenging for supplies and crafting is used to realistic effect as useful items like scissors or tape come in handy when fashioning a nail bomb or upgrading a trusty baseball bat. You’ll need to check every cupboard, drawer and shelf for these kinds of items, though not every door you open will deliver the goods. While this was frustrating when in desperate need of just one more item to make a med kit, I loved how lived-in and desolate this made the world feel, and it made me all the more grateful for that scruffy old rag or blade when I did happen across one.

The Last of Us is a heavy experience. There are moments where you think things couldn’t get much bleaker and yet they manage to as you find yourself feeling for characters you have no real reason to. It is depressing and violent yet, just sometimes, can lift you in unexpected ways, like in a seemingly insignificant exchange between characters that provides a brief glimmer of joy when it doesn’t seem like there’s much left to hope for. Some of my favourite scenes were the subtle father-daughter like moments between Joel and Ellie, or seeing Ellie, who has known nothing of the world before its demise, excited by the sight of real-life fireflies or a comic book. 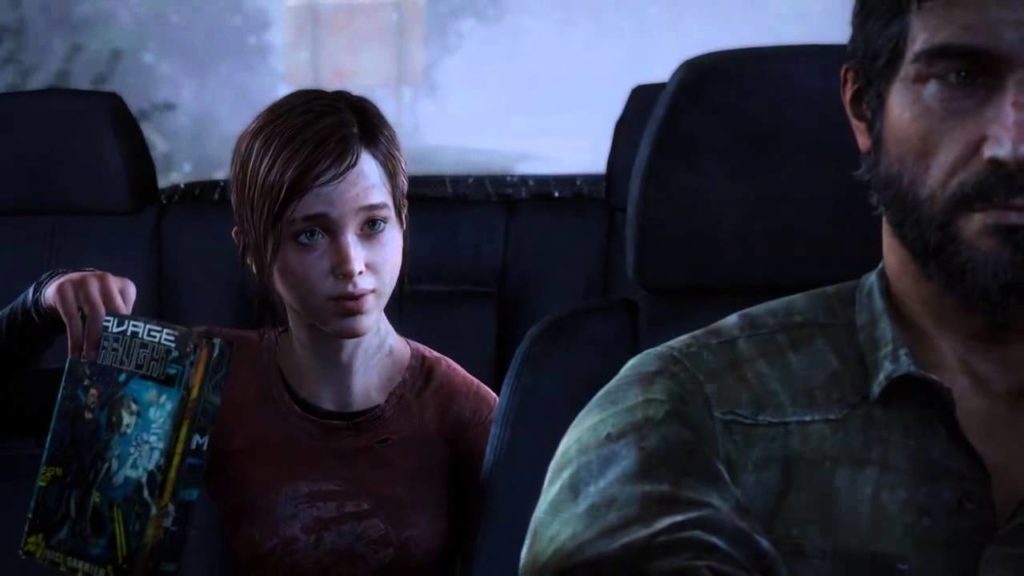 I played the Remastered version which has had a lick of HD paint for PS4, running at twice the frame rate as its PS3 predecessor, with DLC included. The artwork feels unmatched to this day and the cutscenes blend seamlessly into gameplay with zero load times. However, the game does take a while to start in the first instance; not that I really cared; the load screen is a hypnotising screensaver of spores dancing along to the game’s haunting country-inspired soundtrack. The beautiful score by Gustavo Santaolalla is used sparingly throughout, adding to that atmosphere of isolation which the game orchestrates so effectively.


There were a few minor hiccups gameplay wise. I don’t know if I have been spoiled by Nathan Drake’s magnetic hands but there were times when Joel just didn’t want to climb up a ladder or crate and sometimes I found myself shouting at my AI-driven companions to get out of the way or stop moving, worried their frantic crawling back and forth would alert a nearby Clicker to my tasty neck. I also suffered a glitch around a third of the way through where, mid-fight, I was zapped through a wooden fence to a strangely peaceful alternate universe, which was quite nice actually. This meant my friends were left to fend for themselves against a small group of runners, which would have been great, except I couldn’t glitch myself back through so I had to restart the encounter and do it all again by myself. Tsh, thanks guys. 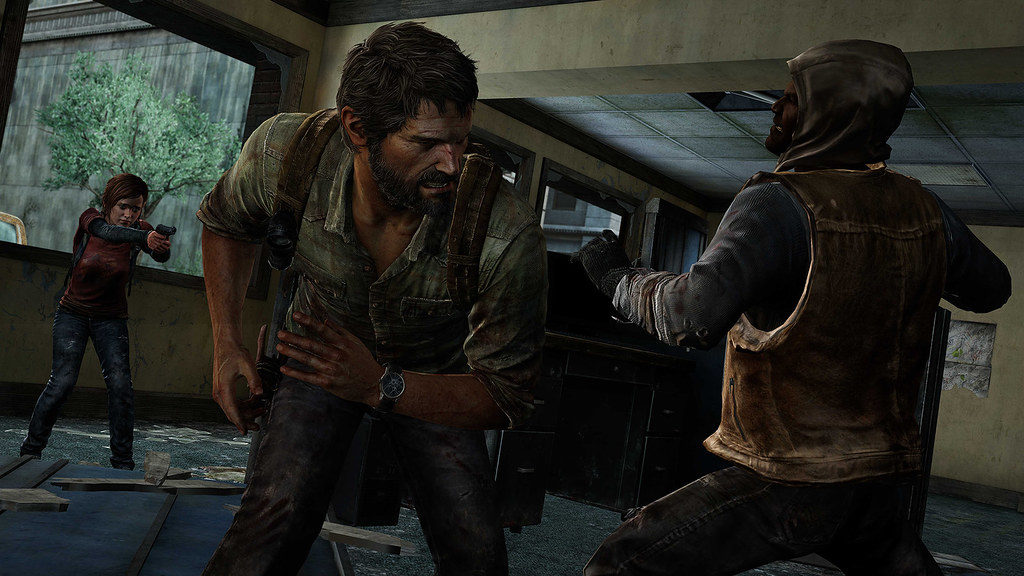 Finally getting around to playing The Last of Us all these years later, it feels almost redundant to say how great it is but significantly, all these years later, it is worth repeating that even a whole console generation later, nearly two, it is still just as impressive. The awards, the “generation-defining” hyperbole, the top 10 placements, are all warranted. Though I was charmed by the fast-paced movie-like action in Uncharted, I realised it was the characters, story and environments that actually got me hooked in the first place, and I felt that all over again with The Last of Us. Rather than wait another six years, I’m excited to experience the next chapter and no doubt more heart pounding “must-see” moments this time around when the rest of the universe does next May.

Except this time, I’ll know to bring tissues. And maybe a shiv, just in case.

Laura PS4 The Last of Us Video Games