I’ve just watched the new E3 Trailer for Final Fantasy VII: Remake and while it got me pretty excited I think it’s worth pointing out this, you shouldn’t buy it…at least not at launch.

Final Fantasy VII holds a special place in my heart; it was the game that really got me into gaming as a hobby. It was the game that proved that video games were capable of giving us memorable characters that were every bit as flawed as they were awesome, that video game story telling could be heart-warming, heart-breaking and heart-felt. But more than that it’s a damn fine game that is above all else fun to play. I mention all of this so that when I tell you I won’t be buying the Final Fantasy 7: Remake at launch you’ll understand why. 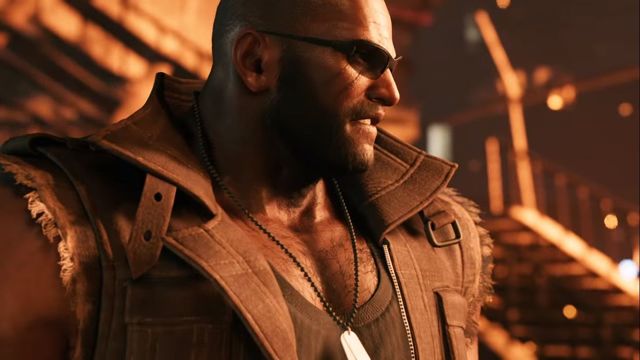 (And no, it’s not just because they gave Barret sunglasses.)

Back in 2015, when the first remake trailer dropped, I was as excited as any of you; the thought of returning to the world of Final Fantasy in beautiful current gen graphics thrilled me. But then came the first kick to the bollocks that brought me hurtling back to reality, Final Fantasy VII: HD Remake, the game many fans had been waiting for for almost 20 years, would be episodic… WHAT?

Of course after the initial back lash the lying bastards, I mean Publisher Square Enix clarified that the reason it was doing this was because the game was too big and wouldn’t fit into one instalment.

“Producing a proper HD remake of Final Fantasy 7 that maintains the same feeling of density of the original would result in a volume of content that couldn’t possibly fit into one instalment,” – Yoshinori Kitase.

Of course it fucking would! You did it before just do it again only prettier! Look at the Crash Bandicoot remakes or the Spyro: Reignited Trilogy, not one but three games in each, both remastered from the ground up with better mechanics, better art style and better voice acting. And before any of you jump to defend this wanton avarice by regurgitating “that it’s too big a story to possibly fit into one instalment” let me say this….The Witcher 3!

(If only there was some way to accommodate the size…)

But the bullshit doesn’t end there, oh no, mere weeks after telling the world that they couldn’t fit a Final Fantasy Remake into one instalment because it was too big, the gobshites at Square Enix informed us that they would be stuffing in more inconsequential story. That’s right, apparently the game that was previously too big, needs even more story. Some have argued that this proves Square is giving us value for our money, but I disagree. To me it proves that they decided to cut it up and sell it to us in parts for more money first, but soon realised that it wouldn’t stretch to 3 parts and decided to pad it out.

Now, while all of this is bullshit, it is stuff I could’ve forgiven, if they had decided to split into three parts and sell it at £20-£25 per instalment. But that doesn’t seem to be the way they’re going, nope, full price per entry as far as we can tell. I’ve read about how “Square Enix has been coy about how pricing will work”, but let’s call it what it is, lying. 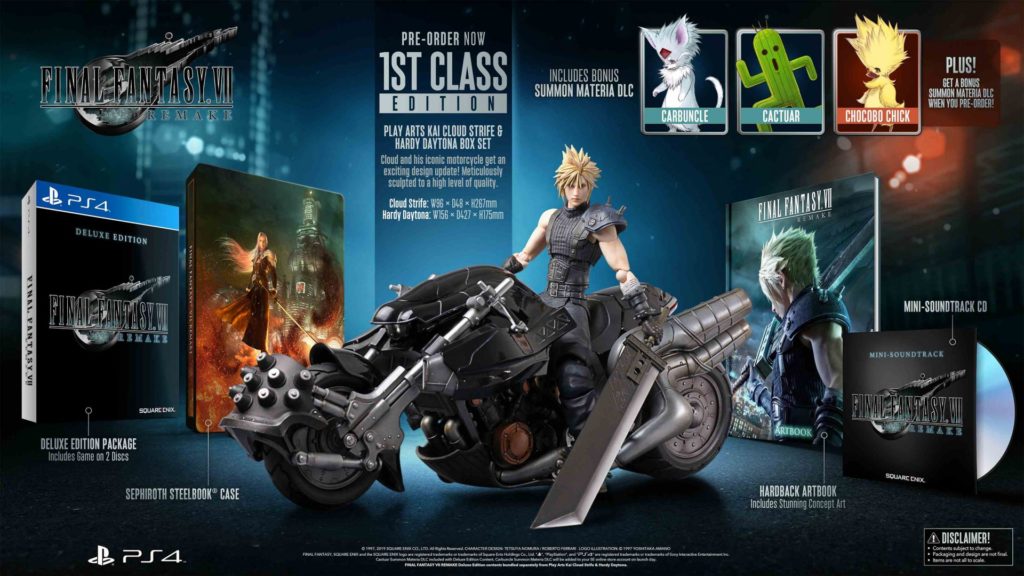 (But they certainly aren’t vague on how much the 1st Class edition will cost you.)

In fact Square Enix has been shady and vague with any information in regards to what we’ll be getting for our money. We know it will be split up, but they won’t tell us at what point the first instalment will end or how long we’ll be waiting between entries.

While all of this had turned me off buying it day one anyway, I think the final nail in its coffin was when I saw this latest E3 trailer, which showed that Square Enix are also interfering with the story. There are many twists and turns in FF7, lots of mystery and intrigue but if Sepiroth’s new abrupt appearance is any indication, then it would seem all subtly has been fucked out the window in favour of angsty, smashy sword fights. 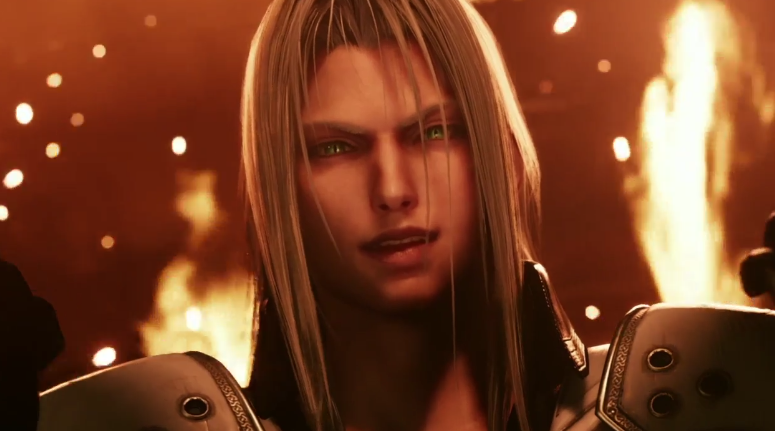 (“Remember when I was a shadowy enigmatic figure? Well now I’m a g..g..ghooost!” )

Guys if you want my opinion, (and if you’ve read this far I’m going to assume you do) wait. Wait for the complete collection, the bundle pack or the Story so far box set that Square Enix will inevitably release. We’ve waited this long haven’t we?