I recently had the opportunity to sit and blaze through season one of Humans in a day and am happy to have spent a considerable amount of my day doing so. Happy enough to dull the nagging inner voice of regret, trying to shame me for not wearing trousers all day or the "meal for 4" that barely managed one.

Humans is set in a parallel universe present-day where Artificial Intelligence technology has progressed significantly farther than in our own.  All other technology is the same so mobiles, laptops etc seem to be exactly the same, to the point that I’m writing this review on the same laptop model as one of the main characters. This presents an interesting viewpoint where a superior technology has been integrated into a society so familiar to us.

In Humans we follow three different stories involving fairly ‘unique’ synths: Dr George Millican, a mechanical engineer who worked on the Synth project, who now can’t part with his outdated Synth. Father and husband, Joe, who brought Anita the Synth (pictured below) into his family’s home, you know… “just to help around the house n stuff” much to the annoyance of his unknowing wife, Laura, and Leo, a mysterious fugitive on the run to track down someone from his past. 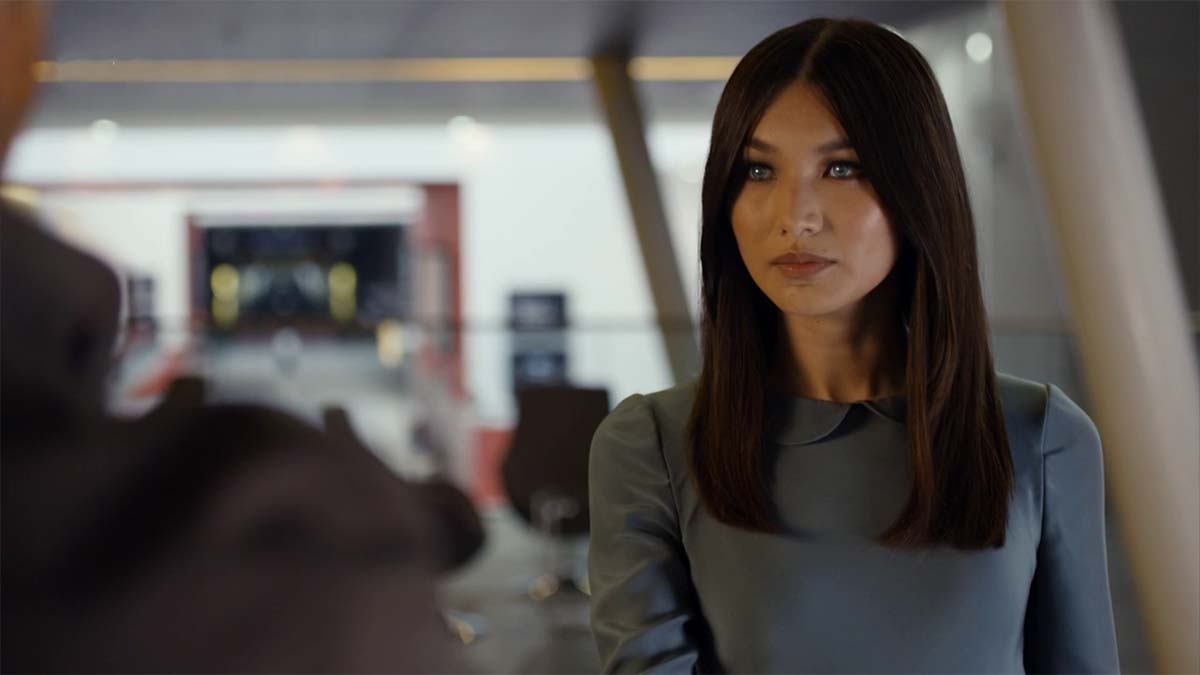 Humans runs along a similar route of other Channel 4 programs like Black Mirror, in the sense that it allows the viewer to contemplate certain aspects of human psychology or society as a whole, and it does raise some hard-hitting questions about humanity and relationships but is in no way subtle about it. Although, the lack of subtlety gets a lot out of the way so it doesn’t completely whack you over the head with philosophy either, which I prefer to similar shows that try to be clever/deep but get old quickly.

The show is a bit of a slow burner, the stories take a few episodes to set up but they then start to intertwine beautifully and each episode becomes more interesting than the last, each providing some backstory, and establishing growth in many characters and in the relationship between the characters, synth and human, good and bad. Leaving us with a fairly well established universe containing some interesting characters but still leaving room for expansion in the upcoming second season which the end of season one begins the set up for,.

Acting is the main downfall of the show, while most characters are well written and acted, a few actors/scenes feel either unnecessary or just irritatingly poorly executed. My personal favourite actor being William Hurt playing Dr George Millican, his performance seems very natural and evoked a range of emotions throughout the show, although Katherine Parkinsons gives a solid performance as well.

Overall it’s a show that managed to hold my attention long enough for me to plow through in one day. As there’s only eight episodes (at the time of writing), there’s not a lot of commitment involved in starting this series. I thoroughly enjoyed season one and am excited to see where season two brings us and how the world will be expanded.