Eternal darkness, vast landscapes littered with monsters, war as the norm and the ever uneasy, religious undertones and cascading horror from one panel to the next, let us journey into The Blood Realm.

Before I had even read one word of Blood Realm I was awe struck by the artwork. It is simple but at the same time intricate, beautiful yet disturbing, like something from a nightmare. In certain panels, particularly the ones that feature the outdoors/landscapes, it is evident that the artwork has a life of its own, at times it felt like it would leap right off of the page.

I also found the use of colour fascinating, while most comics and graphic novels use full colour, Blood Realm opted to instead use only three: black, white and red. Given the overall tone (not to mention the name) of the comic I was expecting the colour red to be used for one thing only and to see that done to the point of saturation, but I was pleasantly surprised. Rather, the use of red seems to signal ill intent or to create a sense of foreboding, which it does wonderfully. It works beautifully to create a style that I can only describe as primal; it invokes an almost primitive fear from deep within me. Couple that with the ghoulish imagery and the artist manages to create a world that is wonderfully terrifying. 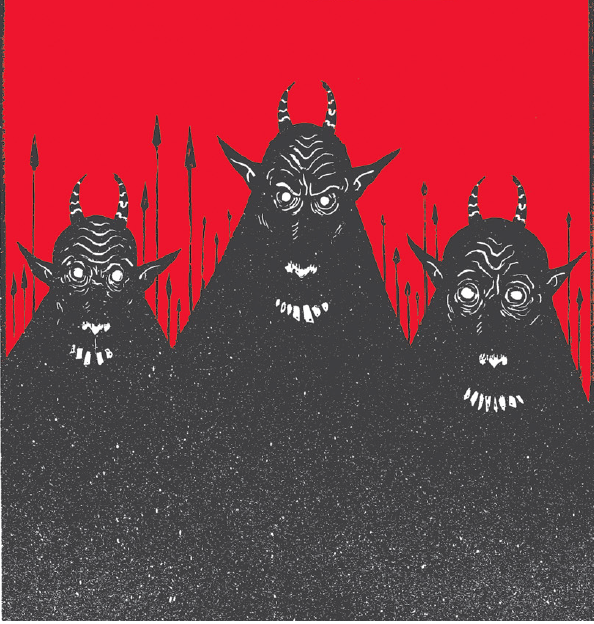 One thing the reader will not lack for is content; Blood Realm’s story is absolutely brimming with characters, plot and history. You will be treated to a plethora of kingdoms, factions, Gods and monsters, not to mention a host of voiceless evil entities to keep you up at night. The story itself is great, it’s gripping, intense and mystical all in one, you are not given all the answers in this one issue and nor should you be. Instead the reader is left hungry for more, desperate to delve deeper into the story and eager to learn more about the characters and the dangerous world they inhabit. 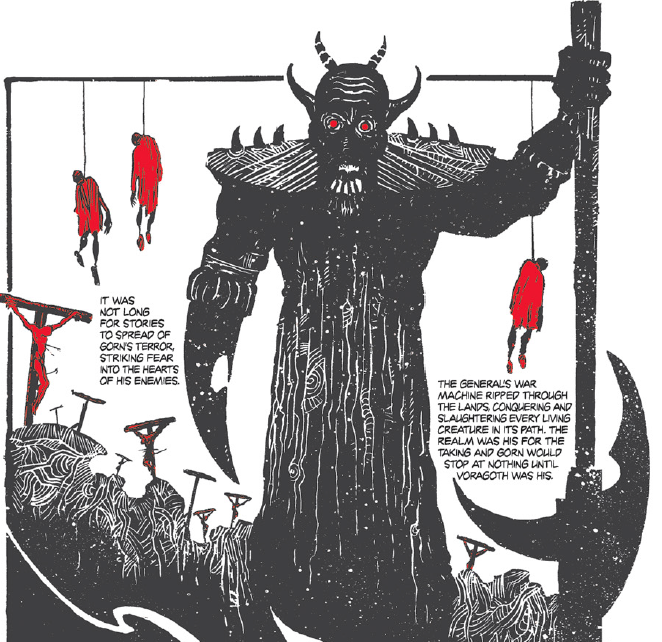 With that said and as much as I do enjoy a rich, full comic that treats its readers to a smorgasbord of content, Blood Realm feels a bit bloated. If anything it almost feels like it is a victim of its own success as each character is so interesting and feels important to the story. They each have their own part to play but never get a chance to fully spread their wings. There is easily two issues worth of content in this one issue and for those who are new to reading comics it may seem a bit daunting and may even take several reads just to absorb everything on offer.

It’s easy to confuse quantity for quality and while Blood Realm doesn’t quite fall into that trap it is teetering dangerously on the edge of it. I can’t help but feel that Blood Realm could only have benefited from introducing fewer characters and places so soon, while allowing the ones that were, more fleshing out.

All in all, Blood Realm is a content filled introduction to a world designed only for the brave; it shows off its excellent artwork to its full extent. We have been given a mere taste of what the world of Blood Realm has to offer and while it may seem a bit daunting at first, I for one will be eagerly awaiting seconds.