He speaks for the green and the green says "Get off my Lawn!".

The opening scene to DC’S Swamp Thing does a wonderful job of setting the tone for the viewer. Opening in a dark, eerie swamp at night with 3 guys in a boat, an unnerving setting at the best of times, but further enhanced by the wonderful opening score.  The score coupled with the unnatural atmosphere created within the scene work beautifully together to established the swamp itself, not only as a character but as a possible threat, and all before a terrifying spookster has stepped foot on screen.

It hearkens back to the days of jaws where you were nervous not at the monsters on screen but at the sounds being made, a reverent example of “tell don’t show”. It allows our mind to fill in the blanks, because our minds can conjure any terrifying image it can imagine, where as if the writers show us the scary thing then that’s it, the scary thing is no longer scary. Fear of the unknown is much more unsettling than simply a monster, and to implement it so well is one of the many things this show does well. 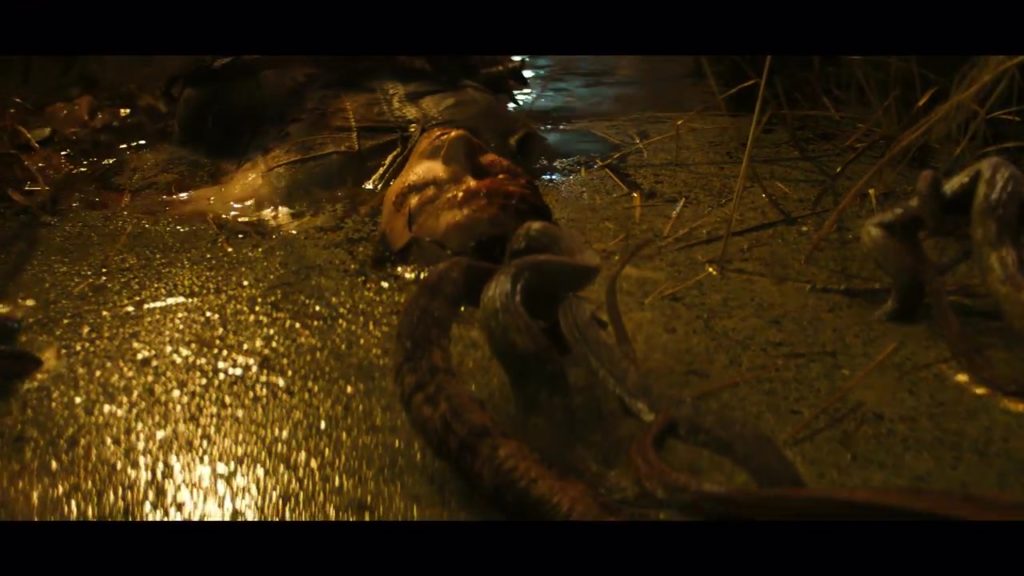 (It also does visual horror quite well too.)

As our crew arrive at the drop-site we are presented with the standard tropes of the boat being rocked and there being movement in the water, so nothing out of the ordinary. But of course one of the crew has the unfortunate luck of falling overboard, which is bad news for him as we are gifted our first glimpse of the Swamp Thing in the form of vines dragging him to the murky depths below.  The pacing of the opening scene is pitch perfect and does help to deliver the message that “if it involves the swap you should be very afraid”. 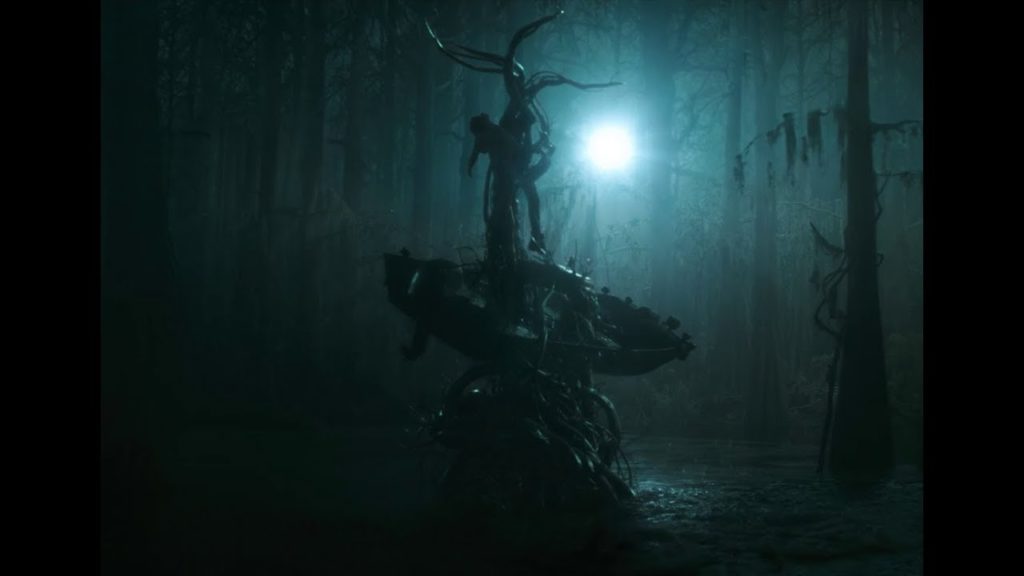 We are then introduced to Abby Arcane played by crystal reed, whose character, let’s be fair and say, was a bit of a mess. Now the pilot of any show is always difficult to judge given that the writers are introducing a theme, main character, side characters, trying to establish a plot and not give too much away so you have an audience for the 2nd episode.  But, for me anyway, her character seemed a little disjointed, the first time we see her she is this professional working for the C.D.C trying to find a cure for a virus. In another scene she is talking to an old high school friend while investigating a house that might have something to do with the virus, taking her out of the role of DR and making her a detective. Then there is her tense encounter with Virginia Madsen alluding to some unknown back story, a scene, which on its own, would’ve been filled with gravitas if the audience had the time to become invested in the character. 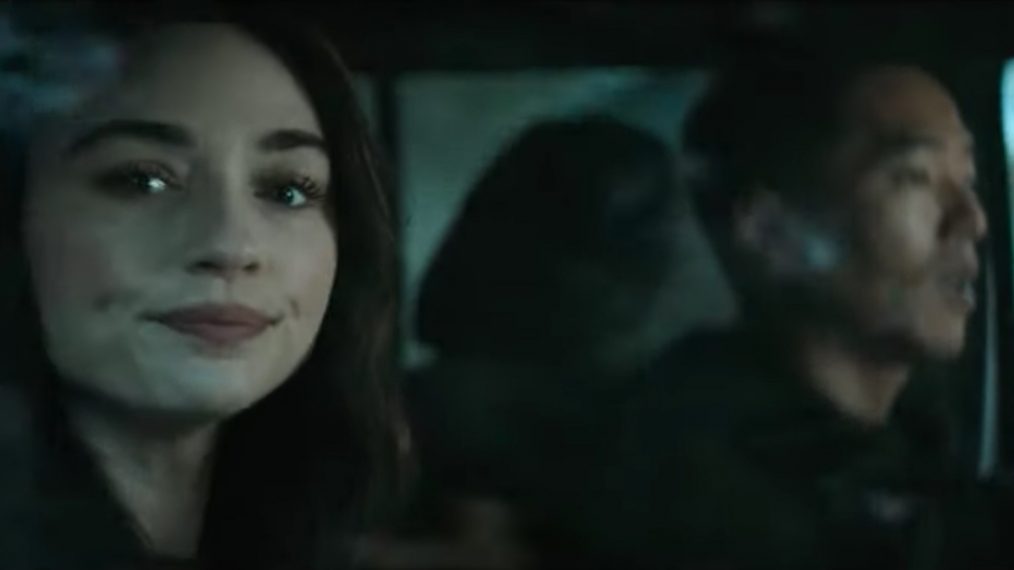 If the writers had stretched this character arch over several episodes it would’ve work so much better, retaining a sense of mystery and intrigue and allowing the character to develop organically. But no, apparently it would be more fun if she spent her time roaming around the swamp/town like Velma from Scooby Doo. 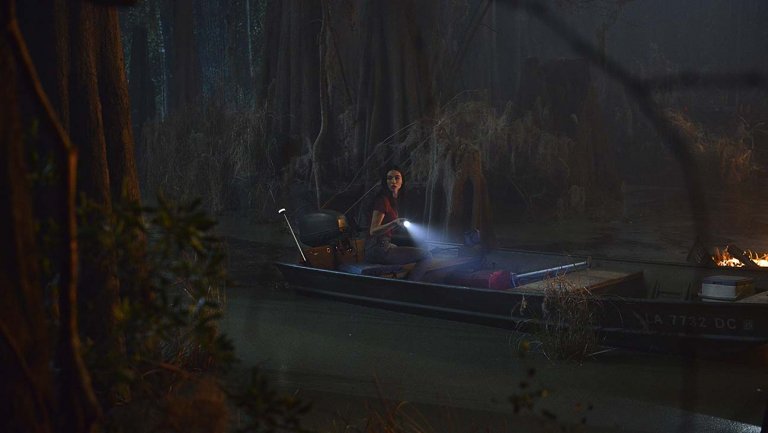 Stepping away from characters for a moment I’d like to talk about the writing, in short it’s excellent. Okay it may be a little paint-by-numbers with the whole young woman with mysterious past teaming up with the rich asshole and disgraced colleague fighting for redemption. But I’ve always said it’s better to tell a familiar story well than an original story poorly and so far Swamp Thing proves to be doing just that. But it’s not just the story that is written well, the dialogue is fantastic too, there are certain lines that build fantastic tension between the characters alluding to past sins and possible reconciliations that adds a wonderful humanising element to the characters. 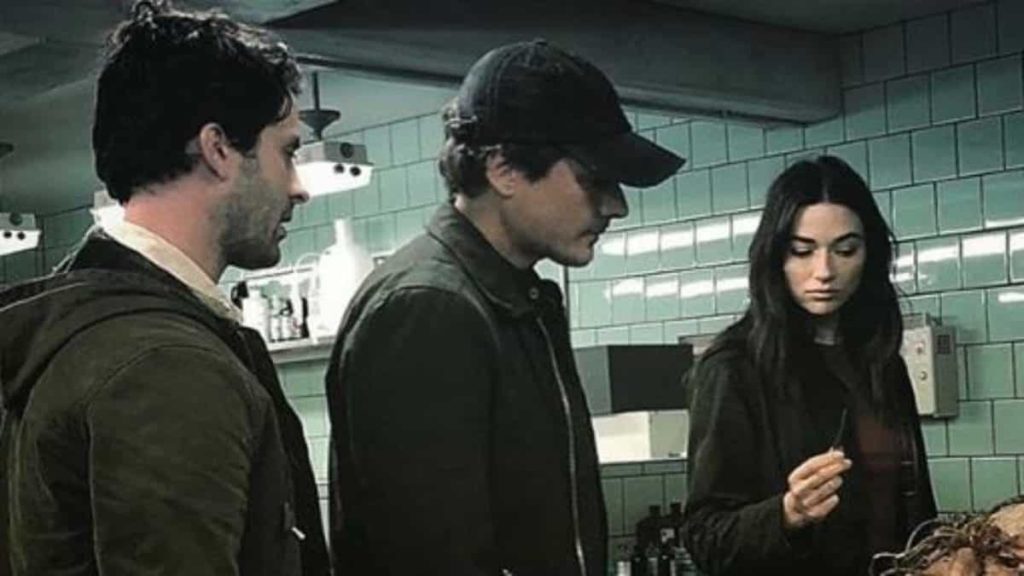 But all of this is a mere hors d’oeuvre to the main course that is the horror. No it’s not blood soaked murder mayhem that seems to be the new thing, but the more classic atmospheric horror, the kind that has you checking behind the shower curtain to see if that big green swamp bastard has climbed up through your plug hole to eat your face!!!  It’s well paced, tense and genuinely frightening and by Poseidon’s puckered anus is it refreshing to see the superhero sub-genre dip its toe in the horror waters. While it’s not perfect this is just episode one and enough has been set up to where I would be confident in saying the will be a greater (not to mention scarier) pay off later in the series. 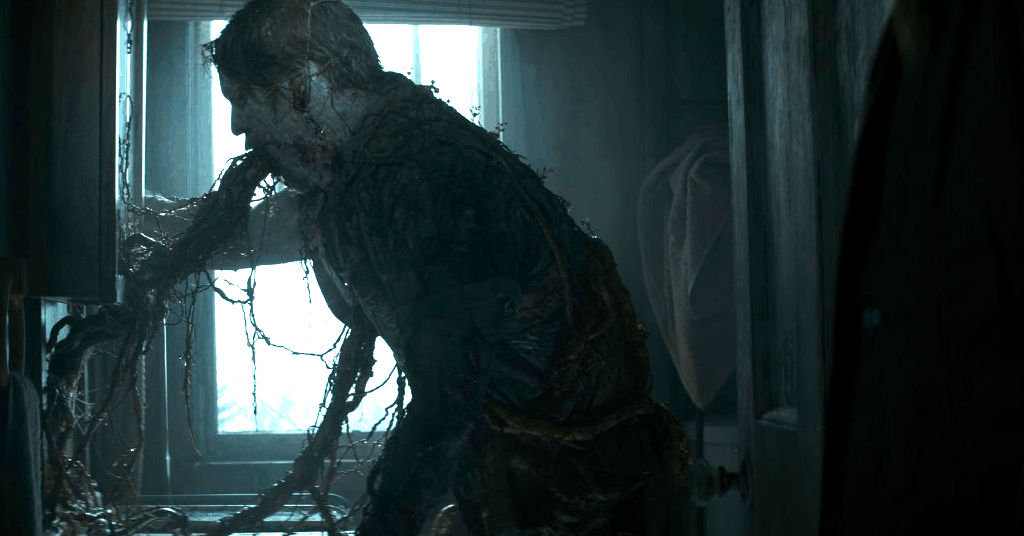 (Trust me it gets way scarier!)

For a first episode it has both entertained and intrigued me, as someone who may not be familiar with the comic book counterpart I will happily devote more of my time to this show. All they need to do is pick a lane for the Abby character, keep up the wonderful atmosphere and shed some light on the side characters (but I suspect this will come in later episodes).