The fine folks over at VooFoo Studios are back with another round of DLC for their awesome racing game Mantis Burn Racing. But this time it seems their no longer content with new racing tracks and new vehicles, no this time they’ve decided they want to strap machine guns and mines to armoured cars and have players fight for victory, Mad Max style.

Battle Cars is the brand-new combat racing DLC pack for Mantis Burn Racing that introduces an all-new class of heavily armed, tank like vehicles, that come with their own 26-event “Battle” career. This new career mode means that not only must the player come first, they also have to make it to the finish line in one piece by avoiding incoming machine gun fire and enemy mines. Of course, you have your own weapons to do some damage of your own, and let me tell you there are few things as satisfying as watching a competitor Tokyo drift around a corner only to hit one of your carefully placed mines. 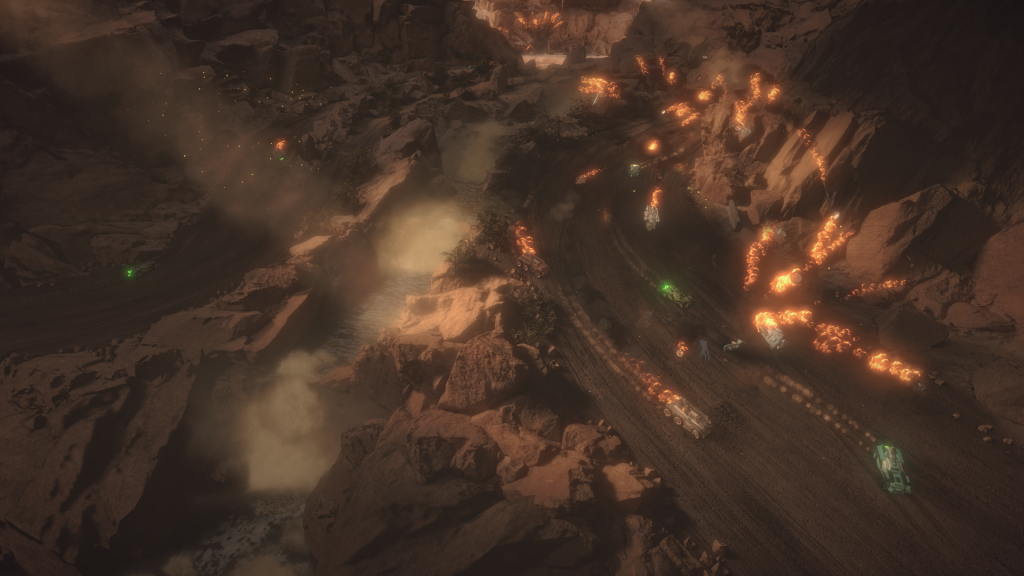 But you’re not only getting a new career mode but you also get three new combat specific events, such as “King of the Track” were you earn points by wearing a crown and passing the check point, if your car gets destroyed you lose the crown (just like in real life). “Survival” which, as the name suggests, you must survive the longest without getting blown up, and finally “Accumulator Rumble”, in which you earn points faster by remaining in front, winner is first to 10,000.

This new DLC has added a fantastic strategic element to the game, you will have to know when to use your weapons at the right time, decide if it makes more sense to kill the guy in front now, or wait until a bend comes and attempt to take down multiple opponents and agonise about whether you can afford to wait to repair your car. 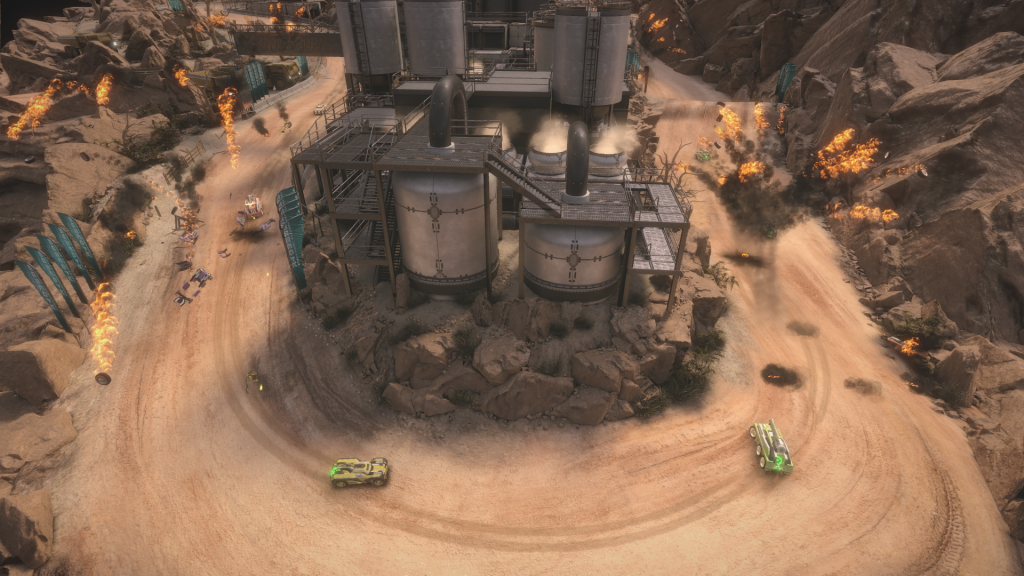 (Try fixing that one!)

That being said, I do have one or two issues with the new DLC, for example, I haven’t really played this game in a while and I found that Battle Cars didn’t really account for that, it seems to start on the difficulty setting you would have left after you finished the more advanced tracks. But as I’ve stated in previous articles, that could be because I suck at racing games and need to get gud.

Also with the addition of the drop mines function, there is now this infuriating exploit that allows players to drop mines immediately after respawning, so if say three cars are all destroyed at the same time and the two in front drop mines, then you hit each of them and get destroyed all over again. This happened every time a group of cars respawn beside me. But neither of these two issues were enough for me to stop having fun, it felt great to jump back into the game, win a bunch of races and upgrade my new racing tank and for the price of £1.99 you will certainly get your money’s worth. 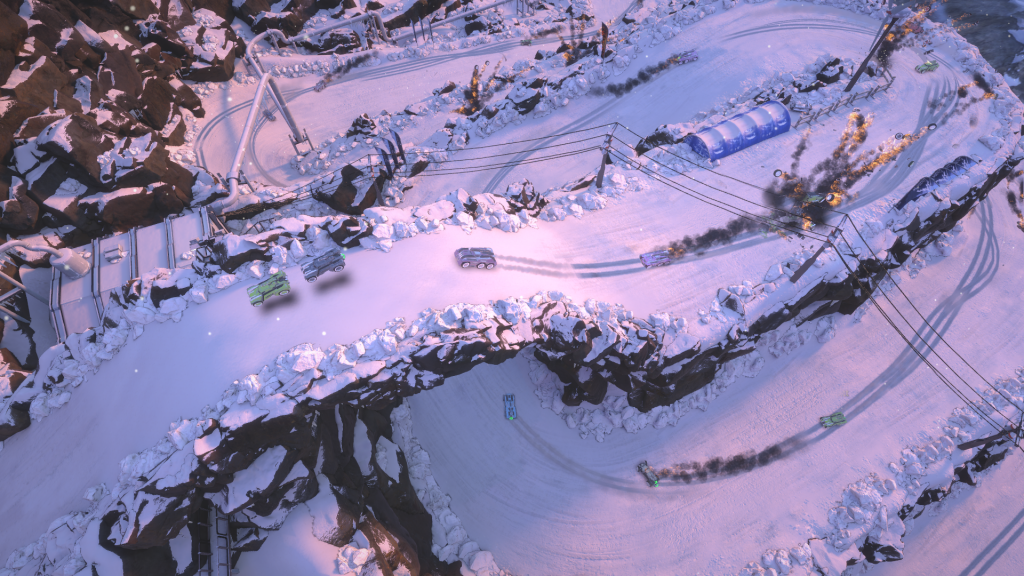 Another great piece of DLC from VooFoo studios, not only does it add a new dimension to an already great game with the introduction of battle cars, but with the 3 new event modes you will get days of multiplayer fun. Once again VooFoo studios have earned my respect, they have proven that they care about their games and their customers. They continue to create great DLC (both free and paid) for Mantis Burn Racing and so you feel like it is a game worth investing your time in, not just because it is fun but also because there always seems to be more to come.