Join our intrepid Hero, George Stobbart on a truly epic adventure in this Classic Point and Click adventure game from Revolution Software. Conspiracy, murder, medieval history, puzzles? Quite simply, this is the greatest game EVER created!

I thought the name ‘Broken Sword: Shadow of the Templars’ sounded really cool, so I gave it a whirl. Little did I know, this game was going to change my life forever.

The minute I heard the opening score, I was hooked! Something about it just had a hold on me and all of a sudden, I was embarking on an epic adventure of my own!

Released in 1996, this game will go down as the Greatest Adventure Game of All Time with many gamers out there. For me, it’s Number 1. It’s got everything, a dark and engaging story-line. Funny characters and the script? Oh! Would you stop? Medieval history coupled with puzzles and an amazing score that is matched only by the complete mastery of the voice cast. I know, sounds like a fantastic movie in the making!

The game begins with our intrepid hero, George Stobbart witnessing a case of cold-blooded murder. An old man, we later find to be named ‘Plantard’ goes inside to order a drink and meets his tragic end. All thanks to a homicidal clown with an accordion, the café is blown to bits and the clown makes a quick getaway through the sewers of Paris.

After the explosion, George is questioned by Inspector Rosso; a headstrong homicide detective that dabbles in Psychic interrogation, it seems. Satisfied he knows ‘nothing’, George is free to leave. Upon leaving, George is met by Nico Collard, a freelance photojournalist who is photographing the scene. After a brief conversation with Nico, she reveals that she knew the victim and knows who the killer is. Wanting to know more about the clown; George digs a little deeper. Nico gives George her phone number and from there, our adventure begins.

It turns out that what was in the briefcase would send George on an epic adventure; one that would take him all over the world. From a pub in Ireland, to a cave in Syria, George takes us on a journey that will make you realise just where Dan Brown got his inspiration for The Da Vinci Code. 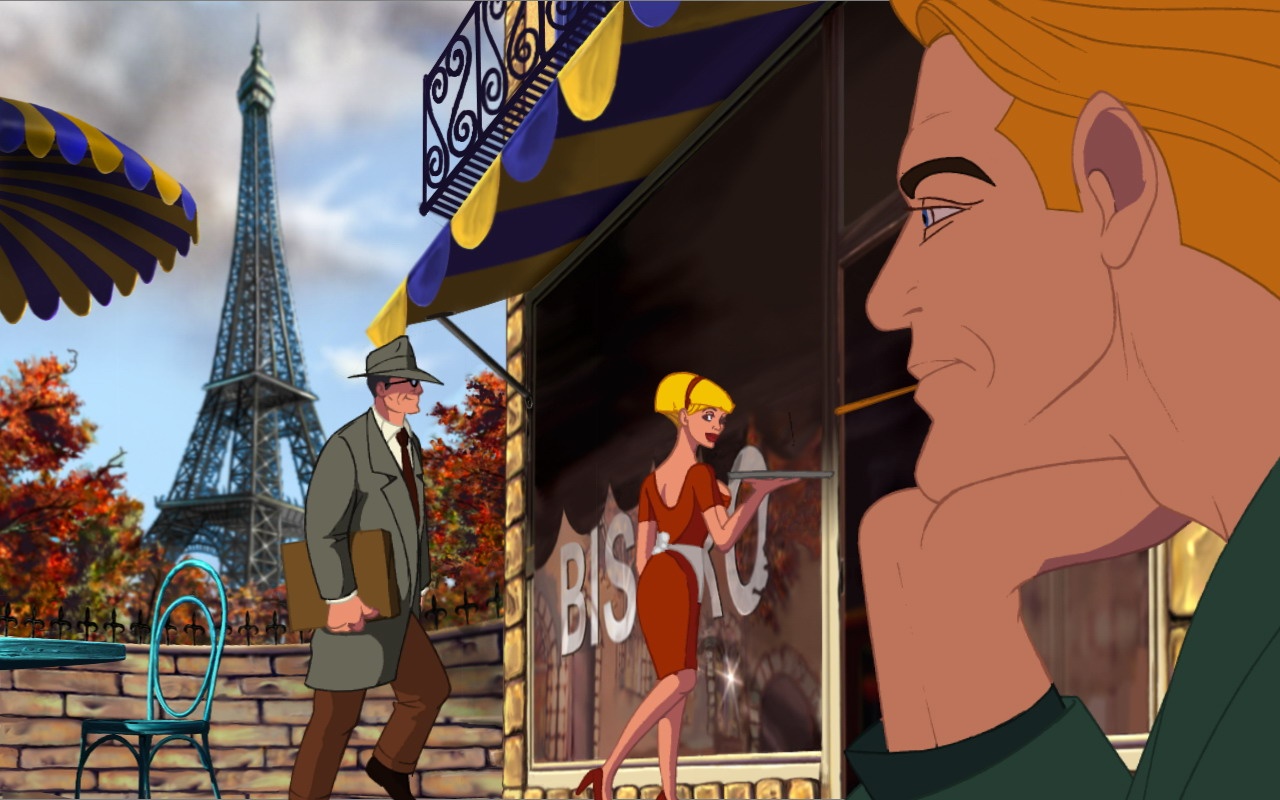 The game is a plethora of hilarity in the form of character quotes and stories, often regaled by locals within the game. My particular favourites are when George is in Ireland, it is a laugh a minute! Revolution couldn’t have done a better job at making Irish people look funnier or more stupid for that matter. I know because I’m Irish myself and loved every minute of it. George’s inner-monologue alone will have you in stitches. Check out a few of his funny moments:

In all my years of playing video games, Broken Sword has remained my favourite. I can’t imagine another taking its place. It’s an utterly charming adventure. With Pratchett-esque wit, amazing score and terrific voice cast, it is a timeless piece of art. Every time I play it, I’m transported back to my childhood and with the same excitement. Broken Sword has set a precedent for me in gaming. Ever since playing Broken Sword, I’ve only wanted to play games that challenge my intellect and keep me enthralled in a story.