The God of War is back, but now he has a rugged beard, a young ward and a whole host of new Gods to disembowel.

You would have a hard time convincing people that the way Kratos goes about things in the previous God of War games resembles anything close to reasonable. But I got the feeling, we weren’t meant to take him seriously and simply enjoy the cathartic violence. So, when this new God of War sauntered onto our screens with a new family and a more reserved attitude I was somewhat puzzled. You’ve killed thousands of people, multiple Gods and every creature in Greek myth, but now you want to settle down in a log cabin and whittle? But hey, I’m an open-minded guy, if God of War wants to change up the formula and give us a more wizened and enlightened Kratos, then I’m game. 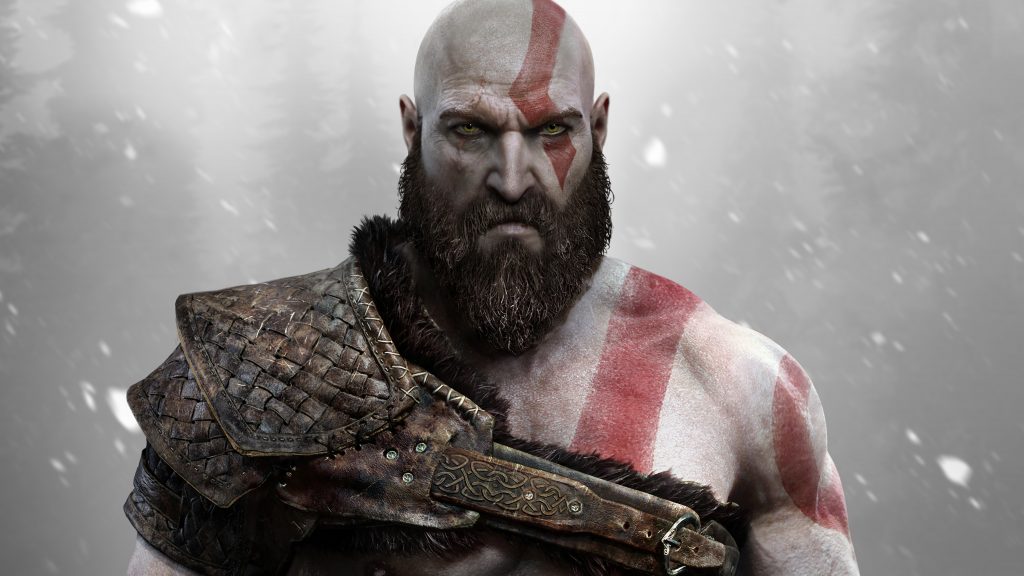 God of War is set several years after the events of God of War 3. Kratos, the dealer of deicide, the walking blender and killer of all things alive has decided that he is done with killing Gods. But one has to wonder if this was a moral decision or a practical one, given that he has decimated the Greek pantheon. Seeking to put his past behind him Kratos now resides in the realm of Midgard with his new family, his second and now deceased wife Faye and their son, Atreus. That may seem like a spoiler but literally the opening scene is Kratos cutting down a tree for her funeral pyre. After the funeral Kratos and Atreus set off to honour Faye’s last request and scatter her ashes from the highest mountain in the nine realms. But as the two progress, events unfold that threaten both their quest and lives.

What I liked most about the games’ story was how organically it opened up. Beginning with a narrow focus on Kratos and Atreus’ journey to scatter Faye’s ashes and gradually widening it’s scope the further you progress through the game. But at the same time, never losing the intimate nature of the journey’s purpose. As I mentioned before, this instalment is set in Midgard, and unlike in previous God of War titles which were more linear, this one is an open-ish world. Unlike other open world games that boast a huge map with fuck all in them, God of War provides us with a world that actually feels epic in scale. I found myself spending more time exploring Midgard because I genuinely wanted to experience everything this world had to offer. What would be waiting for me in this cave, a monster to best, a valuable item or a puzzle to solve? Regardless of what awaited me I always proceeded because it meant I got to learn more about the world’s lore and spend time with its characters. But it’s not just a new realm that we find ourselves experiencing, the gameplay is also new, having been completely retooled. Whereas the previous games featured a third-person, fixed camera, this latest instalment introduces a more intimate over-the-shoulder, third-person, free camera. I feel this is not simply a stylistic change, but a narrative one as well, the change in camera was necessary to reflect the change in character motivation. Kratos’ motivation, much like the camera, is deeply personal, he is no longer driven by hate or revenge, but rather love and sorrow.

The combat is also different, Kratos, having discarded his iconic chain blades, is now armed with the Leviathan axe. While you still have the classic light attack, heavy attack, dodge mechanics from the previous games, you can also hurl your axe at enemies and recall it to further fuck them up. Or you can hurl it at magic containers, to trigger explosions causing environmental damage to enemies.

Kratos also has his son Atreus to help him out in combat now, in my mind a fantastic addition to the gameplay. It has been a longstanding issue within video games that A.I controlled partners tend to be a hindrance, with one or two exceptions of course, but in God of War’s case it is the exact opposite. Whether he is employing ranged attacks to stun enemies or even actively pulling them off you when you become overwhelmed, more often than not Atreus is integral to your survival.

Never is this more apparent than when mid-way through the game Atreus is absent for one mission, and you realise how heavily you relied on his assistance. This part of the game was a perfect example of ludonarrative synchronicity. Where Kratos (and the player to a certain extent) feels the emotional loss of Atreus, the player feels the physical loss as they now no longer have Atreus to rely on. While I enjoyed the first two God of War games, I found myself liking Kratos as a character less and less with each passing game. In fact, by the 3rd game I disliked him so much I stopped playing, he was just this angry dick that wanted revenge on his daddy. And I get that the cyclical nature of violence was the point of the story, but never the less it just wasn’t fun to play as Kratos. So, believe me when I say I didn’t think Santa Monica Studio would be able to pull off Dad of War, but fuck me running if they didn’t manage it.

Kratos is now more reserved, slower to anger, and he seems genuinely remorseful of his past violent atrocities. While he isn’t above a little stabby, murder death, it is usually a…. well not last resort, more 2nd or 3rd resort, but hey, that’s still progress. We are shown a different side to Kratos, a wiser more thoughtful side, that usually comes in the form of a fatherly exchange with Atreus. On more than one occasion we witness Kratos growing impatient with Atreus, but just as he’s about to lose his temper, he stops himself, regains his composure and acts as a father. It is a wonderful character arc that shows this change was not immediate, it is something he has, and continues, to work at. The only real issue I have with the game is the somewhat repetitive boss battles you encounter. Don’t get me wrong, there are some fantastic boss battles in this game, but let’s just say on more than one occasion I was left groaning when a palate swapped ogre lumbered into view. However, I can forgive this because I get the feeling the developers wanted to avoid retreading familiar ground.

God of War has breathed new life into a franchise I had long since given up on. It has taken a protagonist that was once nothing more than a one-dimensional, murderous dick and made him likeable and sympathetic. Set in a wonderous world filled with a rich history and fascinating lore that you will want to experience every aspect of. And a story so well told and engrossing that even if you are new to the series you will enjoy it.