Magic, Monsters and Mayhem... what more could a gamer ask for?

2020 has been a pretty shit year all round, racial tension in America, Donald Trump as President of America…well, just America in general really, the coronavirus wreaking havoc on the world and to top it all off the video games have been a bit of a let-down. I had all but resigned myself to the fact that I would just have to wait until November when Cyberpunk 2077 comes out (and it better come out then CD Projekt Red!). But then I was sent a video game to review, a 2D side-scrolling action RPG platformer called “Eastern Exorcist”. I hadn’t heard anything about it up until that point, but I thought, “stuff it, I’ll give it a go”. So I downloaded it, booted it up and started playing, and I continued playing. In fact it wasn’t until my wife came home from work that I realised exactly how long I had been playing this amazing game, I just couldn’t stop. So thank you “Wildfire Game”, thank you for turning my 2020 around, well video game wise, I don’t suppose you could fix that corona virus thing….wait could you? 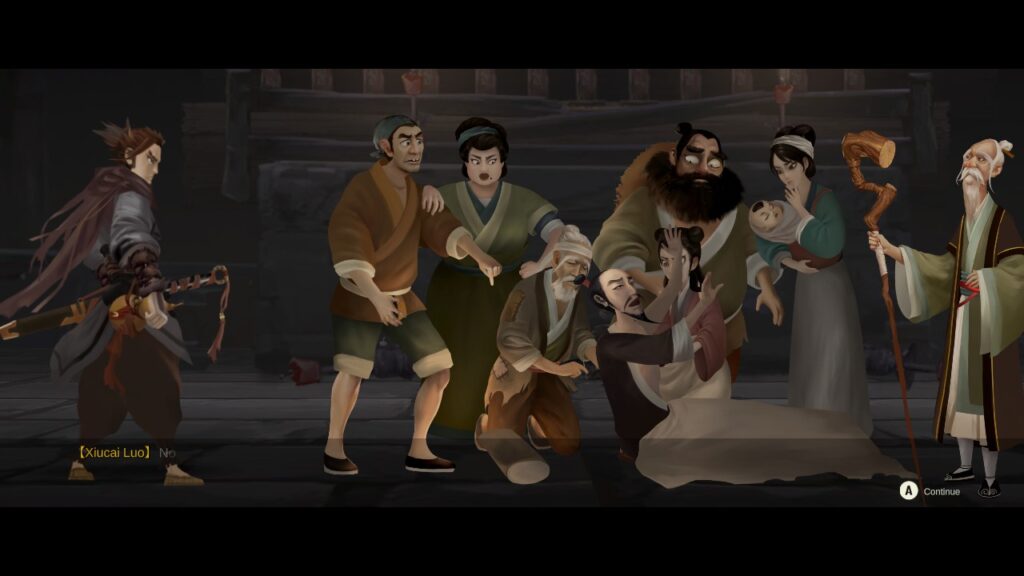 As I mentioned “Eastern Exorcist” is a 2D side-scrolling action RPG platformer, but that really doesn’t do it justice. While it is that, it has taken inspiration from other genres like “metroidvania” and “Soulsborne” to create a gameplay that is completely unique. You play as Lu Yunchuan, a warrior exorcist hell-bent on exacting revenge on the demonic forces that killed his brothers. As Lu moves from town to town he lends aid to those in need, expelling evil where ever he finds it. 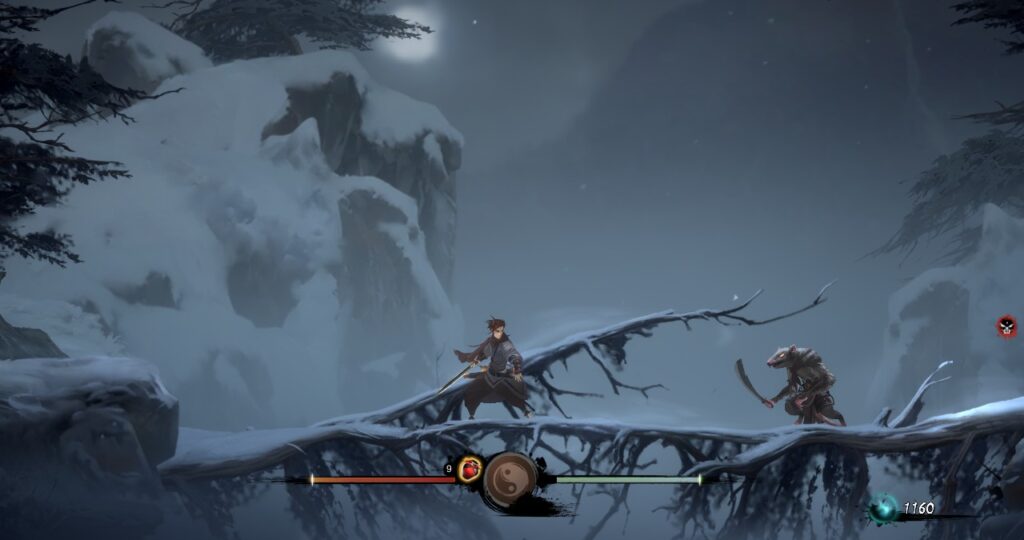 It starts out as a rather basic revenge driven plot, but as the game progresses it develops into a complex story about the dichotomy of good and evil, a wonderful example of this is the story of one of the bosses, a spirit named “Chu”. Lu is able to see visions of “Chu’s” past and it is implied that she is sexually assaulted while her husband is off at war, but rather than helping her, the townsfolk punish her. She is beaten, humiliated and ultimately put to death, leaving behind a child that is left to starve. But rather than dying she becomes a vengeful spirit who takes revenge on the town years later. 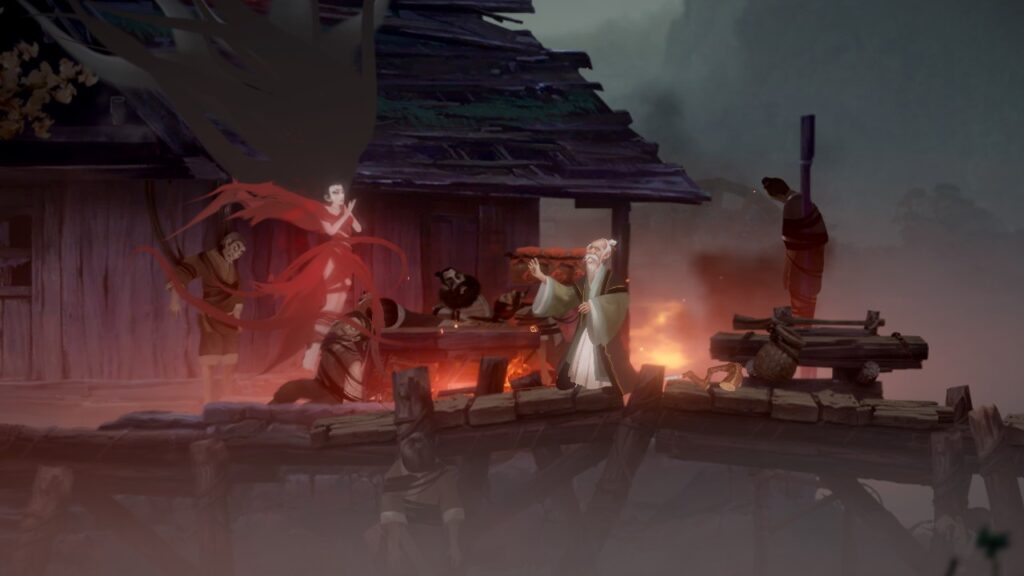 Of course you still have to destroy her, but where some games would just have you jump straight to the action “Eastern Exorcist” takes a few moments to flesh out Lu’s character. He explains that while he understands and sympathises, he can’t allow her to continue killing. It is a fantastic bit of writing, by taking these few minutes the writers are able to provide insight not just into Lu but into the enormity of his responsibility. It is a subtle piece of world building but never the less effective. 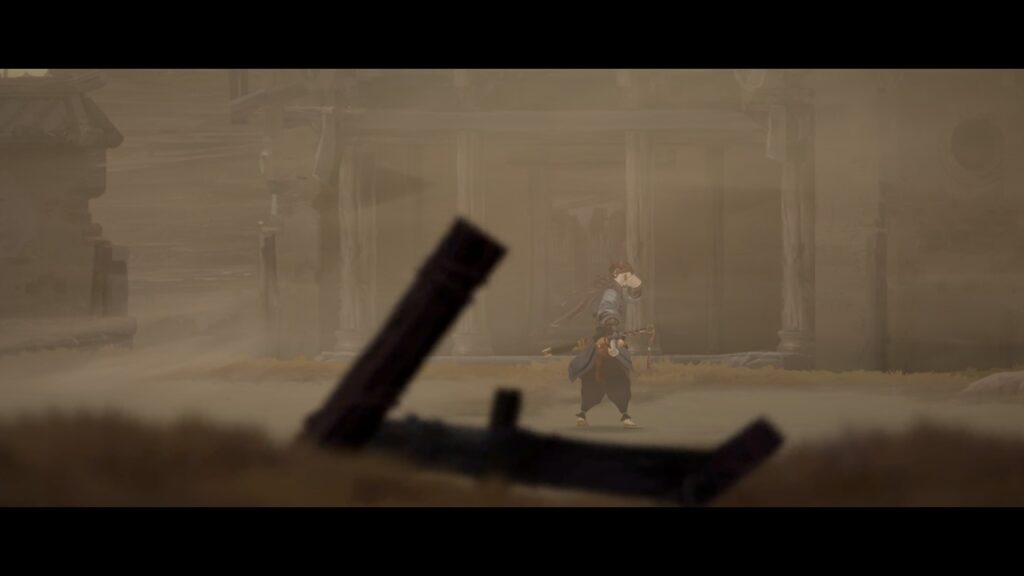 It’s not just excellent writing that is used to immerse us in the world of “Eastern Exorcist”; it also has a beautiful hand drawn art style that draws in the player, enveloping them in its world. In the culinary world they say “the first bite is with the eye”, and I have always maintained the same holds true with video games. I’m not talking about graphics, although that’s certainly a part of it, but Art style will always trump raw graphics. It’s the reason that Sega Mega Drive and Snes games still look good to this day, because they designed games with a unique art style to compensate for a lack of raw power. As soon as I saw “Eastern Exorcist’s” art style I was speechless, because what they lack in graphical power they more than make up for with an undeniably gorgeous art style. 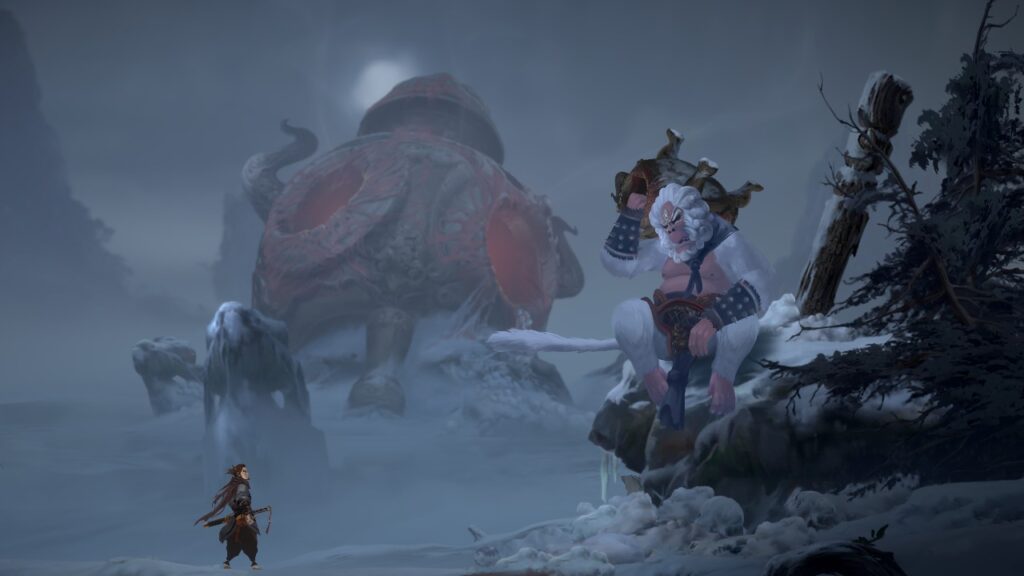 While other video games may have utilised this type of hand drawn aesthetic in the past I have never before seen it executed so perfectly. Take the enemies for instance, they are so diverse in their design, they are so gorgeously grotesque that it’s almost a shame to kill them. And then we have the world itself, each one of its locations is so wonderfully distinct from the last, becoming lost is almost an impossibility because each environment differs so much from the previous one.

But what is a game without gameplay? And “Eastern Exorcist” has some of the best gameplay around. The basic combat is pretty standard for these types of games; you have your light attack, heavy attack, block, dodge and parry. But the customary combat is interwoven with this game’s unique abilities known as “Exorcism Arts”, a set of incredibly varied skills, ranging from shooting projectiles all the way to summoning tsunamis. While these abilities start off pretty basic they can be upgraded, allowing the player access to more intricate skills that when pulled off correctly make you feel like a badass warrior. My favourite is the “shadow clone” skill; it starts off as a substitution, the clone taking damage while you sod off out of the way. But once mastered you can summon an army of clones to dog pile onto which ever poor bastard had the misfortune of lumbering across your path. 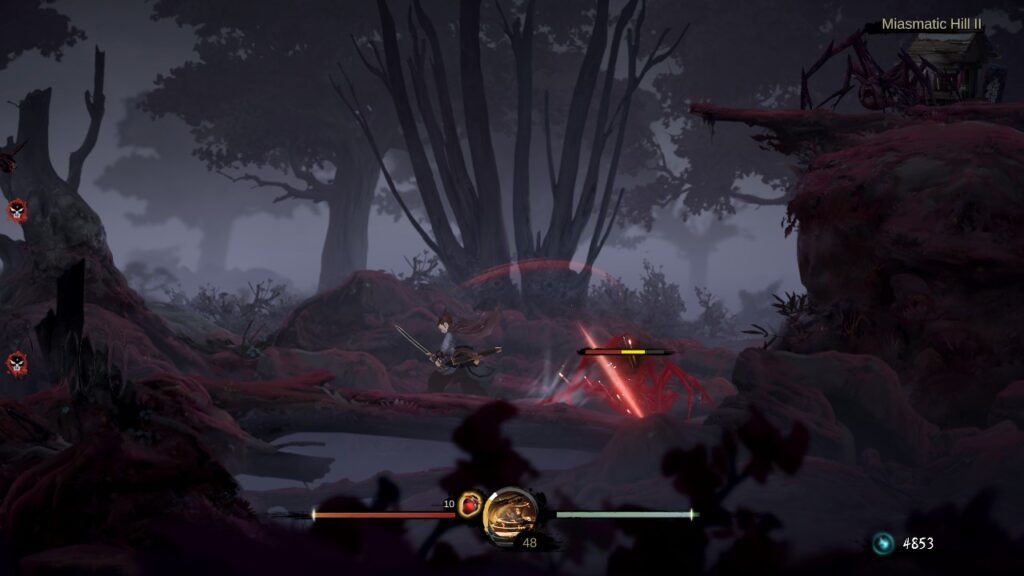 Another interesting addition to the combat is the “Dispel” function; an ability Lu uses to exorcize the demons he encounters. How this works in practice is the player must reduce the enemy’s health to almost zero and then hit the dispel button, but here’s the twist. If you mess up or say you’re busy with another enemy, then the demon’s health comes back, doubled, and you must finish them off all over again. It is a wonderful piece of gameplay that adds a unique twist to standard combat while adding another dimension to the world building. 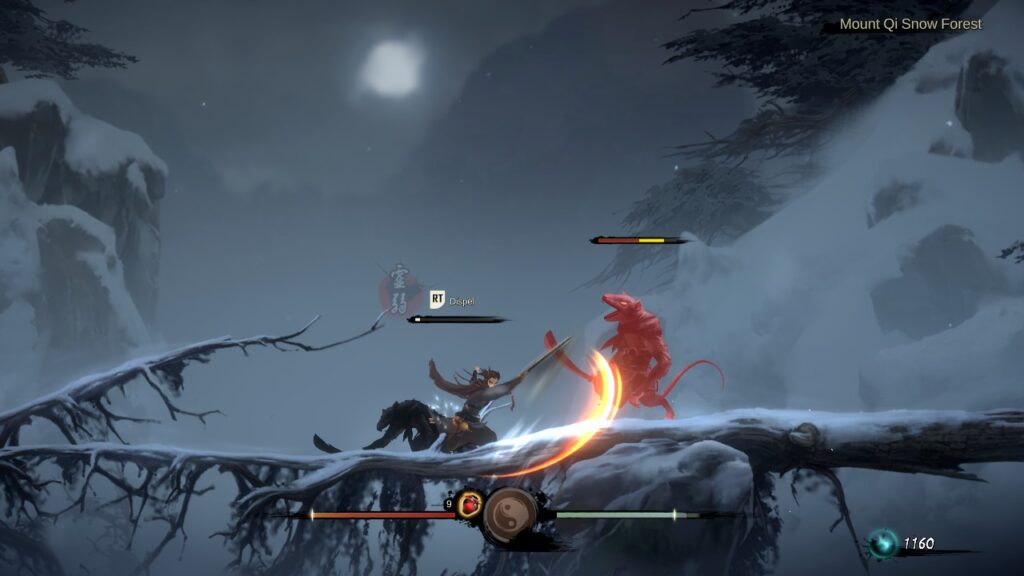 It has been a long time, a helluva long time, since I have had this much fun with a video game, “Eastern Exorcist” gripped me tight and refused to let go. A fantastic combat system that is fun to use and rewarding to master, set in a compelling world filled with interesting characters and enemies, toped off with fantastic writing and wrapped in a beautiful hand drawn art design, “Eastern Exorcist” is the whole package. If you want challenging, exciting combat and a great story, then pick this game up, you won’t be sorry.