Close to the Sun (Console Review)

Puzzles, riddles and insane inventors, Close to the Sun is a first-person horror experience that puts you in the position of a concerned sister as she tries to find her younger sibling whilst navigating through a living nightmare.

Since it is the spooky season of Halloween it is only fitting that I try out games that fir the theme of this time of the year. Close to the Sun certainly fits the bill and I got to experience the first three chapters of this somewhat short story. Now, three chapters is not long, so of course it would seem short, but the first two chapters were exceptionally brief. Imagine if an 800m race turned into a walk from your front door to your font gate. Yeah, that was the first two chapters. In total, there are ten, and each takes you through a phase of the player character’s journey through a large vessel known as the Helios, named after the Greek god of the sun, where you search for your sister. It begins with a very minor glimpse at a backstory, so most of events that lead to you coming aboard the Helios had to be pieced together during regular play. 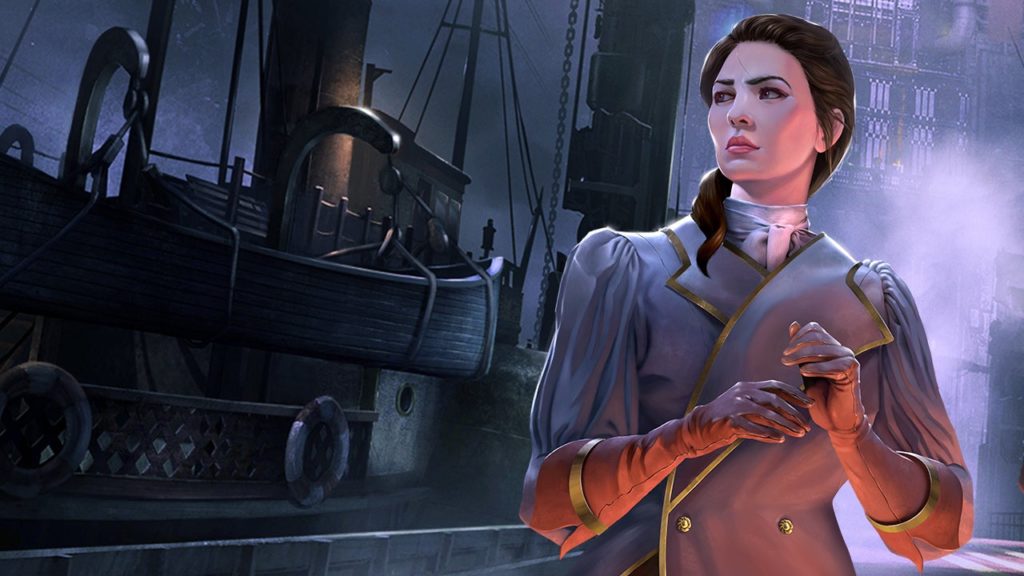 From what I have found out Nikola Tesla has gathered scientific minds from around the world, geniuses within their specialised fields, in order to conduct private research. This ship, larger than the Titanic, was to be like a premium cruise vessel, allowing the sci-fi geeks to live in luxury as they performed experiments. There was a lot of controversy surrounding this move by Tesla, and it is later revealed (through collectables strewn across the levels of play) why this has caused many incidents within the scientific community.

(I’m sure there’s no way this could possibly back fire!)

As the player, I was controlling the actions of Rose, an American lady that receives a cryptic letter from her younger sister, Ada. This letter was filled with desperation as it asked Rose to come to the Helios and find her, but not explaining what the problem is. With this letter is a receiver, some sort of steampunk looking hearing aid thingy, which is used to communicate with Ada. After boarding a creepy boat that will transport Rose to wherever the Helios is located, I’m already curious about what I’ll find when I arrive. I was not expecting to disembark and discover…well, what I discovered. I don’t want to reveal too much, because as horror/thriller game is something should never be spoiled. But I was very surprised when I took my first steps off the transport ship and into the belly of the beast that is the Helios. It was huge, a technical marvel even by the standards of today. We try so hard to make technology smaller but forget that some of the greatest creations can be those that literally stand above the rest. 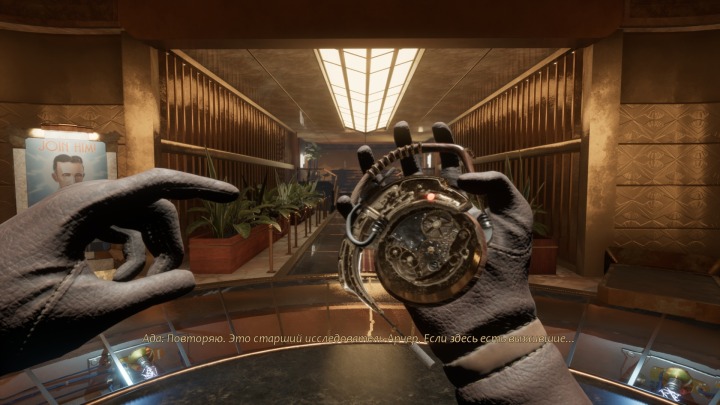 (Still better reception than an iPhone)

I approached every area with extreme caution, wearing headphones that would help direct me towards the source of the many background noises such as the occasional footsteps, bangs and the sounds of random objects falling over like my bottle of shampoo that takes a nosedive for no reason when I’m not looking. I loved the atmosphere, always feeling like I’m walking around somewhere I don’t belong, like someone is watching me and always expecting to be attacked or screamed at. 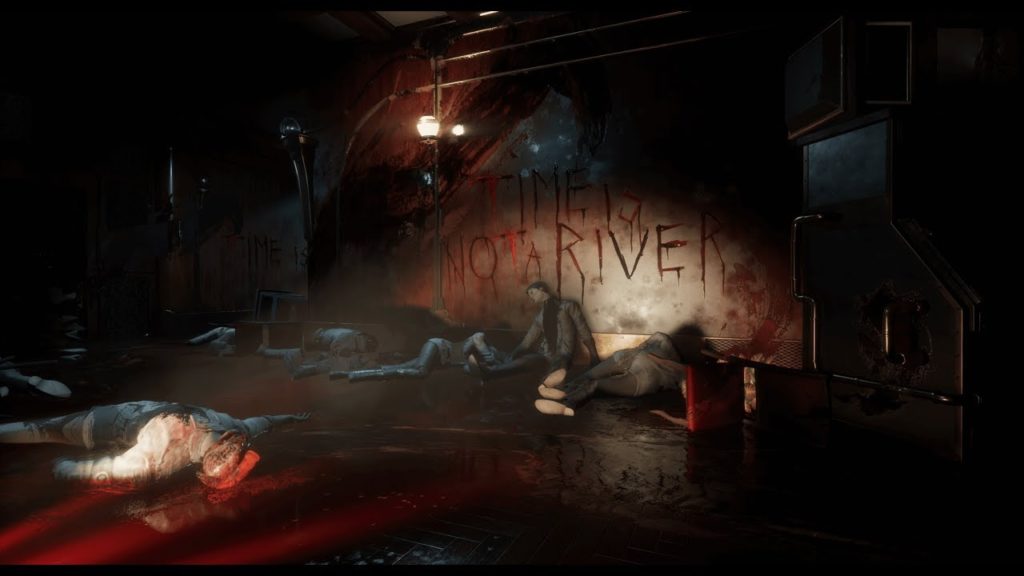 Not a lot happens in the first two chapters. They were pretty much limited to me getting on an elevator and moving to another floor in order to complete that level with a very minor “puzzle” to allocate power to the security switches. I was surprised after taking only a matter of minutes, no exaggeration, to walk from the start of the level, to the switches I needed to press, and then entering the elevator before I seen “Chapter 2” come across my screen. I thought to myself “is that it”, believing for a moment that I might have missed something. The second chapter was a repeat of the first, which was a little disappointing because they looked like they could have been so much more if they had been expanded some more, making use of the early stages of the game to set the tone instead of waiting until chapter 3 to hit its stride.

Throughout the environment there are snippets of info that you can read such as newspaper headings, letters, dossiers and more, to learn about the world you are a part of to try and get a sense of what is happening. I know of the famous rivalry between Thomas Edison and Nikola Tesla, but that is all I know. I don’t know the finer details and I didn’t want to Google search them. I would have liked a longer introduction that explained to me, in more depth, what is going on between the two because it looked to me that the rivalry between them is what factored in to the exhibition, resulting in the situation that Rose unfortunately gets involved in. 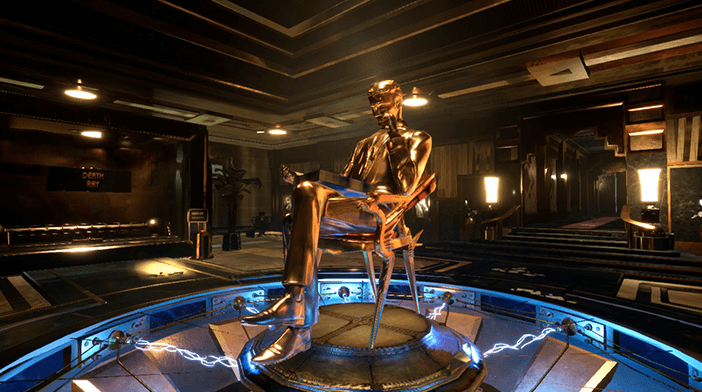 (Nothing says trustworthy like having your own golden idol made.)

There was no real tutorial, so I had to press random buttons to figure out how to open doors, vault over obstacles and run. It wouldn’t have hurt to add a little prompt for when something is intractable, just so I do not have to work out which button does what. This becomes more crucial during a scene in which I had to run and vault over some obstacles but having to wait until an image appears that signals when the action can take place, only for Rose either stand there and stare at the floor, or for the action to be delayed. I ended up pressing the button multiple times, every time. It was a little frustrating to have to repeatedly restart a section of the game because the controls make it more difficult to progress. There wasn’t much reason to press anything besides the action button, and the dual sticks to move and look around. Reading the material lying around each floor was optional, and only serves to help give an idea as to what has been going on before I took control of Rose, so most of the game at this point involves walking around. 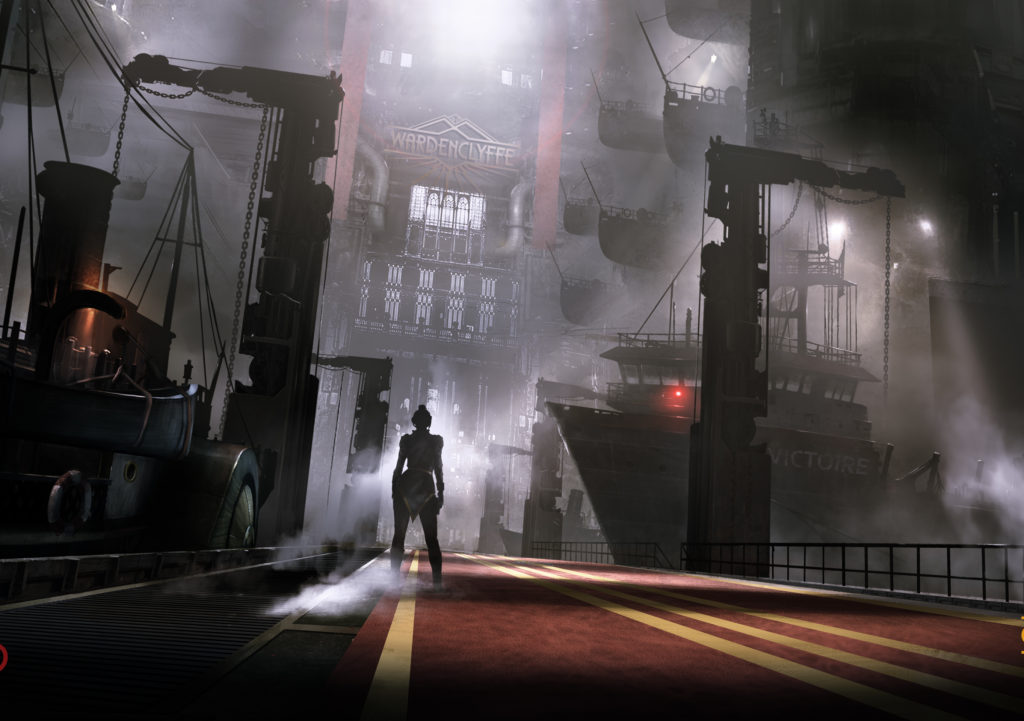 (I wonder if Rose was on the Titanic too…)

What kept me going was the desire to find out what happened. Every now and then your receiver picks up a signal from Ada and she tries to give some insight into her work and uses a lot of the scientific jargon we have all come to know and not understand, unless you’re into that stuff, but she also provided me with some objectives. For Chapter 3 I was tasked with finding her room, and this is where it got more interesting for me. This part of the game was bigger than the first two and contained more details on the goings on of the Helios, shedding light on an otherwise obscure story that really did pique my curiosity. The more I learned, the more I wanted to know, and with every piece of information I picked up on giving me an answer and two extra questions.

There was more of a problem-solving element to this chapter, but nothing that would include the complexity of your standard puzzle game. I found them to be very easy, so they didn’t take up any of my time, with some of them even having actual instructions displayed above, giving me the answers. If you have no trouble reading, you will have no trouble working out the patterns. The first two chapters had a few jump scares, and they weren’t as predictable as I had…predicted, but after playing the last chapter in the short trial play-through I had, I can honestly say that I felt the tension throughout. I wasn’t at risk of having heart palpitations but I was wary of where I was going, suspicious of each sound made down every empty corridor and spinning around after thinking that I saw something moving. There were instances that took me by surprise, and raised my heart rate by a few ticks. Wearing headphones is recommended, just to feel more immersed in this dark world and to get the most out of the experience.

I can’t say much more without giving something away with the plot, but I don’t know the full plot myself. A lot of what is explained is discombobulated, and scattered across each level but when the plot drives you towards objectives that add more chaos to the confusion I could couldn’t help but theorize about what could be going on. It was fun to think of possible outcomes but before I knew it, it was over. In under an hour I went from “what the fuck” at the beginning to “what the fuck” at the end, despite learning more I felt like I didn’t really learn anything. Yeah, that does not sound like it makes any sense but I feel no closer to the truth now than I did when I first loaded this game up. I am intrigued, at least, and if there anything Close to the Sun has succeeded in, it’s making me want to find out. 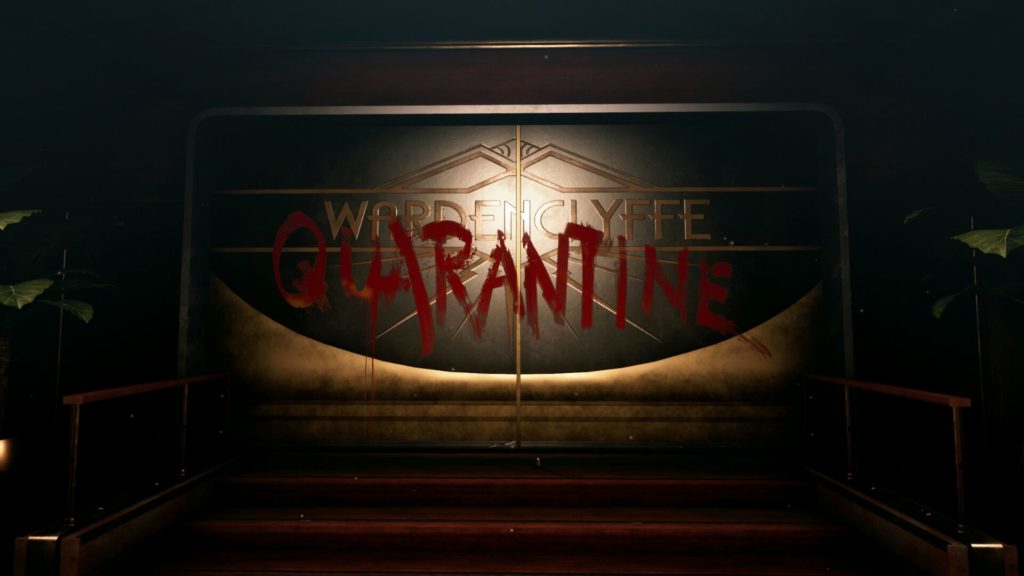 Very short, despite there being seven more chapters in the full copy. I wish they were more fleshed out, and expanded upon the main objectives, because they could have been so much more. I didn’t care much about the story until chapter 3 but by then it was a little too late. I do want to know what happens next, and how things will transpire for our heroine, but enough to buy the game once released? I don’t know.

Now, the horror was superb. Less is more, and the music, visuals and sounds all fit the theme quite well. What impressed me most were the moments of absolute silence, a silence that was deafening. I anticipated a scare, but not at the moments in which the occurred. I liked being wrong about when they would happen, because that brought me closer to the edge of my seat. There were other, decorative choices that stood out, always enough to keep the tension levels high enough for me to remain conscious of my environment. I did look around every corner and crevice, fearful of missing something crucial, but there was not a lot I had to discover for myself.

This game would have benefited from elaborating on the history without expecting you to read every piece of paper lying around. It doesn’t reward the player character, or change the story-line going forward. I am aware that this is just the first three stages, and seven still remain. What concerns me is that it may all be for nought. The story started to move forward eventually, but with such a slow build up I don’t want to be disappointed. I’m at peace with the fact that the truth behind everything Rose learns may not be what I expect, or want, to happen. But I want it to be good. I’m not sure if I’m hungry enough to pay whatever the price may be to walk the rest of those echoing steps with Rose, however, I hope it does well and I will at least consider purchasing the full game, no guarantees.