Dante is back!! But unfortunately so is Nero.

Well after the shit-storm of a reception that DMC: Devil May Cry received it was inevitable that Capcom would return to the series proper. I’ve said it before and I’ll say it again, I thought the reboot was great, but obviously Capcom disagreed and decided what we really wanted was more Nero. You remember Nero don’t you? The absolute worst thing about Devil May Cry 4?

The story kicks off roughly five years after the events of 4, Nero, wanting to step out of Dante’s shadow decides that the best way to achieve this is to open up his own demon hunting business and call it Devil May Cry, that’ll set you apart from your predecessor Nero mate. But wait, Dante never had a sassy sentient sex doll for a sidekick. Okay, that’s a bit unfair; she is also a weapons-smith who replaces Nero’s Devil Breaker arm with a microtransaction machine after the original is torn off by a hooded figure. They chase the mysterious figure to Red Grave City and find that a demon tree has been consuming human blood to power the new demon king Urizen………WHAT!?!? 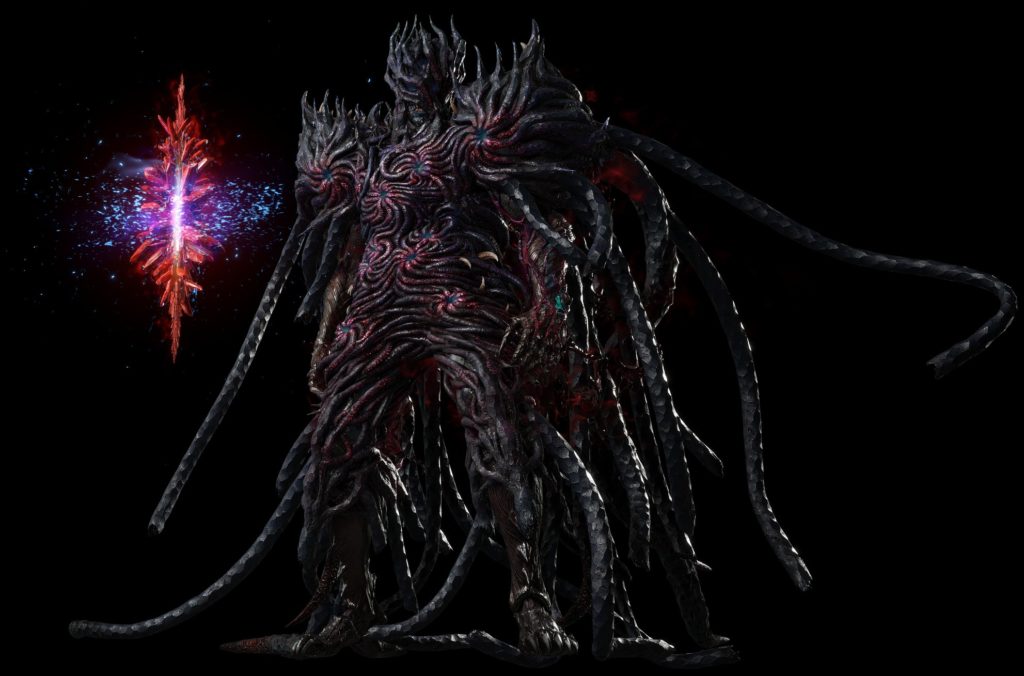 (What is it with the Japanese and tentacles?)

Okay, the writing in the Devil May Cry series has never been Oscar worthy, but it always made sense, you could always understand what was going on from the get go. But in 5, I’m sorry it’s just painful, the plot is so poorly explained that you could pick up the controller at any point and you’d probably understand the same amount. And before you jump down my throat saying “it gets explained as the story progresses”, yes but not well enough.  It forgoes the classic story structure for something more complex at the expense of coherence and when you sacrifice good story telling for a convoluted narrative you have fucked up.

But the bad writing isn’t limited to the story, there’s also the atrocious dialogue, who in the Christ got paid to write this abysmal shit? No, I’m serious I want a name, because they owe me for every brain cell destroyed from enduring the, what can only be intentionally, cringe worthy writing. It’s not even fun in the classic B movie camp Devil May Cry way, it’s just bad, the four main characters almost seem as if they are trying to one up each other by saying the most stupendously stupid things. 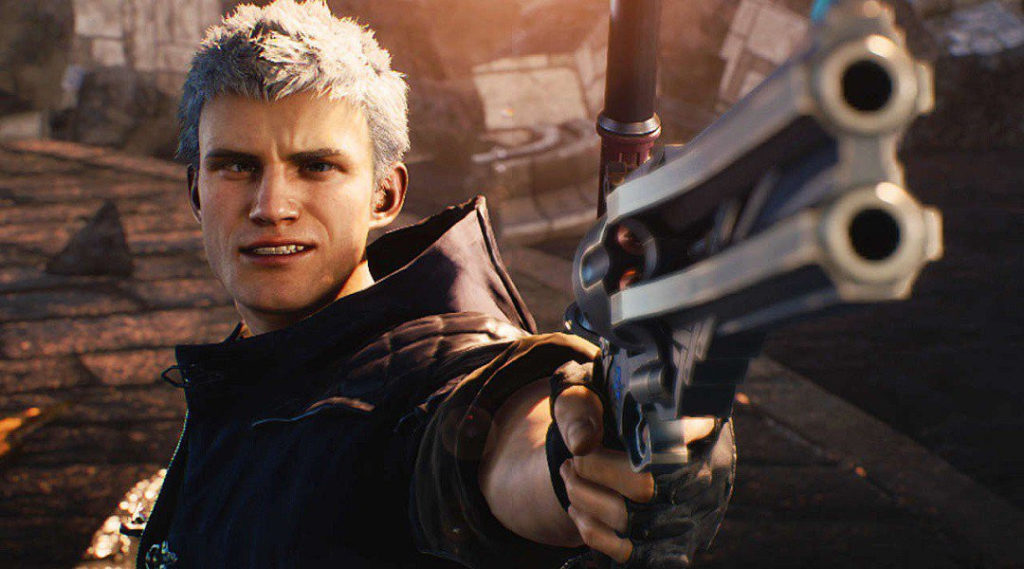 Then we have the new characters, it was bad enough when they replaced Dante with that whiney prick Nero in the last game, but this time we’re stuck with, smug quip spouting Nero and his emaciated, poetry spewing twink mate who is clearly suffering from a wasting illness, I just hope it’s painful. And if that isn’t quite enough stupid characters, we have the previously mentioned sassy southern-bell female sidekick whose job it is to follow you around in a van with her Mons pubis on display, all while being the human equivalent of a paper cut to the bell-end.These characters have made me genuinely curious about what kind of people think that these are fun characters, I genuinely want to know. There is not one redeeming feature between any of them, they’re all so fucking insufferable and they never shut the fuck up. 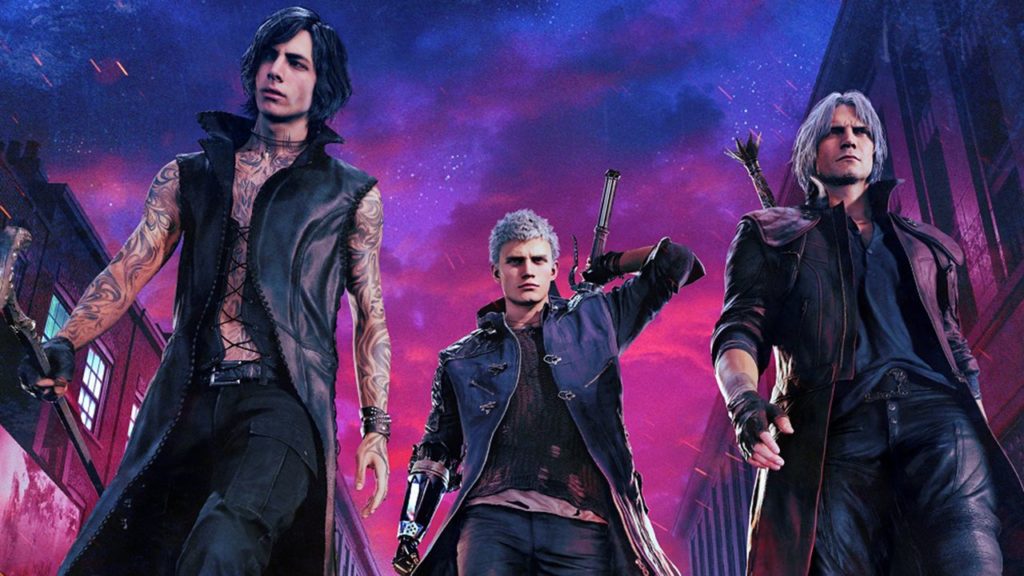 And while we’re on the subject of characters, it’s now official Capcom don’t know what human beings look like. My suspicions were raised during Resident Evil 7 (and if you’ve played it recently you may notice a few recycled models in this game) but I brushed them off because of the new play style. Then RE2 HD came out and it look like the characters had been inflating their faces with cement putty. You know what they say Once Is Chance, “Twice is Coincidence, Third Time Is A Pattern”. This is one of the worst cases of “Uncanny Valley” I have ever seen, the faces are so jarring that it is immediately unsettling. 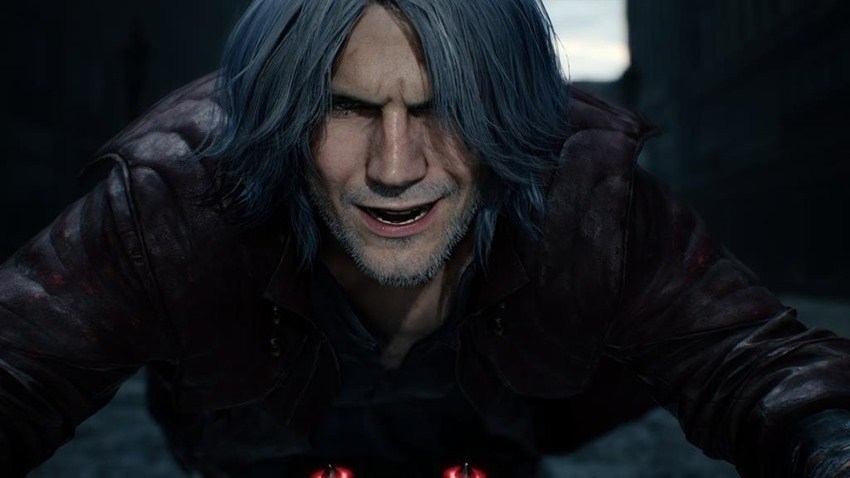 The combat is probably the best thing about Devil May Cry 5, it is quite stylish and frenetic, and everything flows beautifully. Each of the 3 playable characters has their own unique combat style adding a wonderful sense of variety to the, frankly, poultry handful of enemies. The one drawback in this respect is that the constant switching between combat styles can make it difficult to settle into a rhythm. While I did enjoy the combat for the most part, I have to admit the absence of a dedicated dodge button just seems strange, especially given the nature of the combat. Okay, technically there is a dodge mechanic, but it requires the player to hold down the lock-on button and even then you can only dodge left-right and not forward or back. While looking into it online I stumbled across a post thread of fans chastising people for expecting one, claiming that “This is how you play DMC”….. go fuck yourselves you elitist wankers, it’s obtuse, it breaks the flow of game. I’m just gonna say it; the DMC reboot had better combat mechanics! 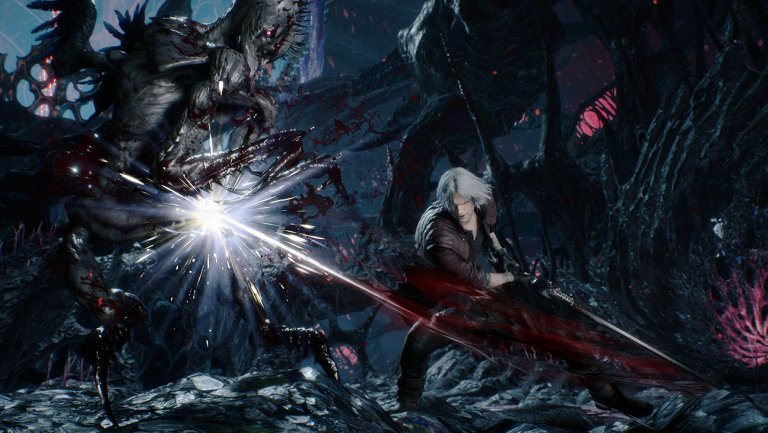 The cherry on this shit sundae is the camera, which clearly has its own agenda and won’t be following your commands 100% of the time. While you may want to keep a close eye on the enemy you’re engaged with or the 2 others surrounding you the camera has other plans. I’d say at least half the time I was in combat with a large group of enemies the camera would swing wildly around leaving me unable to see what the fuck was happening and only regaining control when I had sacrificed enough of my health bar to the camera gods.

While the writing may not be the best in the series the third act does redeem it somewhat, but that could simply be because you get to play as Dante for a large portion of it, his being the most enjoyable story. And despite the lack of enemy variety Devil May Cry 5 stays faithful to the series by delivering some of the best Boss encounters in the series. But in all honesty that merely brings this game up to the level of average for me, a thoroughly lacklustre entry for Devil May Cry.