Inspired by the Rollcage games of the late 90s GRIP: Combat Racing hopes to capture that same high velocity fun, but is it up to the task?

You could be forgiven for thinking that the world of GRIP: Combat Racing is nothing but a post-apocalyptic future where only cars and explosions have survived. But I looked it up and to my surprise there is a story buried somewhere amidst all the vehicular carnage. Something about illegal street racing, black market TV subscriptions and corruption, but we’re not here for story. No, we’re here to race cars and blow shit up and by God does GRIP scratch that particular itch all too well. I honestly can’t remember the last time I had this much fun with a racing game, I sat down to play it for a couple of hours in order to review it and days later I’m still playing it, I’m hooked.

The campaign has the player compete in tiered challenges, some are as simple as crossing the finish line first, others want you to race and rack up points by damaging your opponents and some are just an out and out brawl. Once you complete the challenges you move on to the next tier and if you’re thinking “that sounds repetitive” worry not, the sheer variety of the tracks ensures that that is impossible.

You get about five different planets to race on, each with around seven race tracks, all of which are visually distinct and uniquely laid out from one another. And they all come with their own shortcuts, hazards and traps, all of which the player must learn to secure their spot at the top of the leader board. 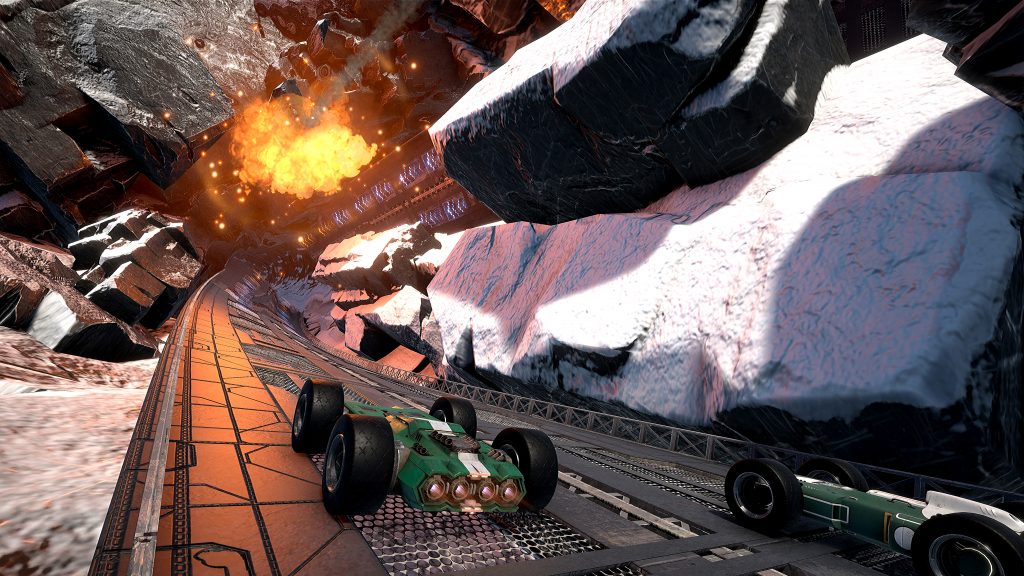 The gameplay mechanics are some of the best I have ever experienced in a racing game. You have the basics of course, accelerate, brake and my personal favourite, weapons. All pretty standard for a combat racer, but then you come to GRIP’s unique mechanic, the reset button. Given the gravity-defying nature of the tracks the player is going to find themselves hurtling into the abyss more often than not, so the devs installed a button that respawns your vehicle a few feet back. In the beginning I thought this nothing more than a time saver, saving us from watching our car falling for several precious seconds when we could be racing, and it is. But as soon as the game started throwing environmental hazards and armed opponents at us it became a tactical tool. I realised I could use the button to avoid missiles from enemies and falling debris or spawn behind an opponent with more points and take them down with a well-placed attack. 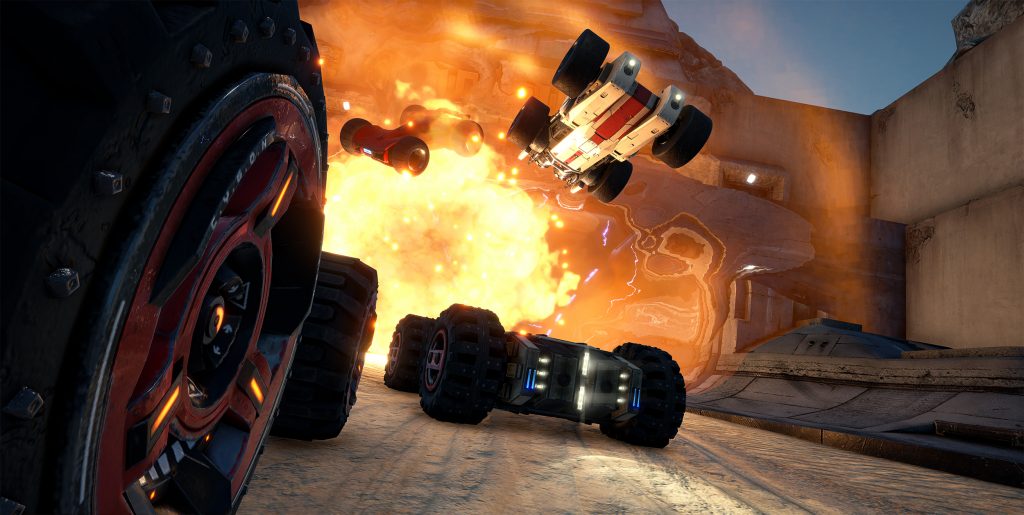 You could argue that graphically GRIP is nothing to write home about, but I say bollocks to that, GRIP looks as good as it needs to. The artistic design of the game is wonderful, from the futuristic/alien design of the various race tracks to the structure of the vehicles, nothing is skimped on. While it may not be the most photorealistic racer on the market, GRIP manages to create a look that is uniquely its own. And by keeping the graphics simple, you’re less likely to run into any performance issues, which brings me to my next bit of praise for the game, performance.

GRIP runs impeccably, the smooth handling of the vehicles allows the player to enjoy the unique racing style that GRIP offers, such as leaping massive gaps, speeding along the ceiling and racing on the side of buildings. It would be impossible to enjoy any of these features if the game didn’t run so beautifully. 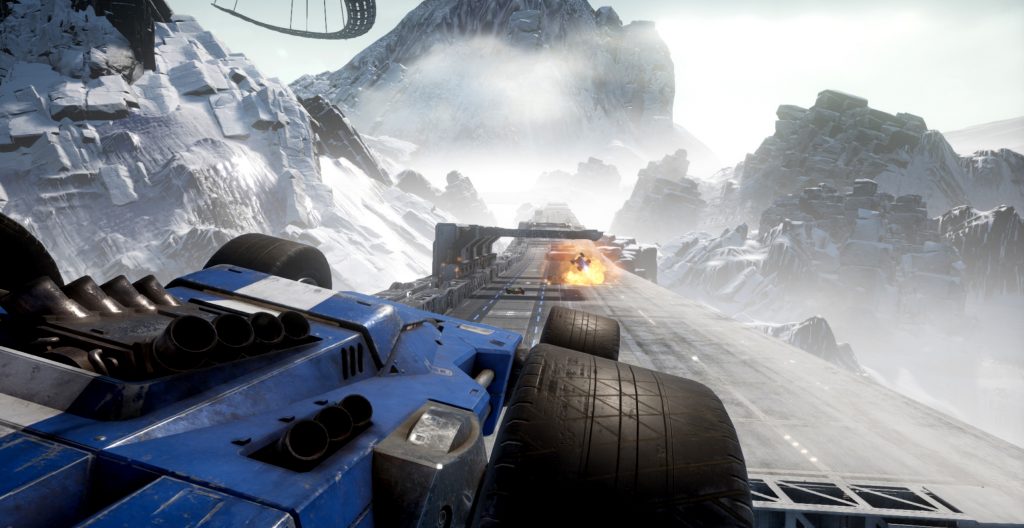 The only issue I have with GRIP is given the high speed nature of the game it can sometimes be difficult to anticipate an awkward turn if you are unfamiliar with a track. Hell, even if you are familiar with a track you sometimes can’t avoid a bottleneck or a car pile-up. Of course none of these are impossible to compensate for so it’s hardly a deal breaker, but it’s still a pain to be in first place only to be blind sighted by some bastard sharp corner.

GRIP: Combat Racer may have taken inspiration from the classic Rollcage video games but in my opinion it surpasses them in every way. A fantastic game that is equal parts fun and challenging with day’s worth of content to keep players coming back for more.