The pushing prince is back and ready to reroll! When the King of All Cosmos accidentally destroys all the stars in the sky, it's up to, his princely son, to put everything back the way it was.

The funny thing is, when our editor Gerard asked me to review Katamari Damacy Reroll, I naively thought I was in for a delightful stress-free time. Having briefly played Beautiful Katamari on a friend’s Xbox years back and fondly remembering a colourful experience filled with cutesy bubble-gum objects and a soundtrack befitting a kids TV show, it was an easy sell.

But this time, I sat, propped in bed on what was supposed to be a chilled-out Sunday evening, with the King of All Cosmos telling me what I disappointment I was to a backdrop of thunder and lightning. What game was I even remembering? How could I be so terrible at it when its colours are so warm and inviting? Still, stress levels aside, Katamari Damacy Reroll, a remake of the first well-loved Katamari game on PS2, released last month on PlayStation 4, is a tonne of fun. 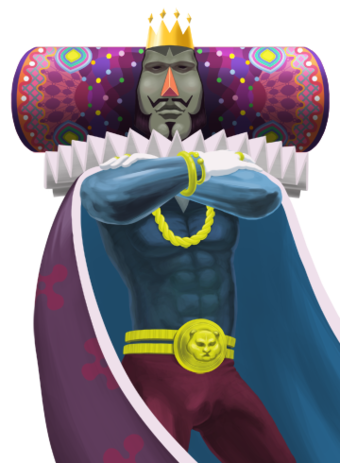 The story of Katamari Damacy Reroll, not that it really needs one, is you play as a tiny green Prince – whose head looks like a bit like a rolled up sleeping bag with an antenna on top – who has been sent to Earth with a magic ball – a “Katamari” – after your father, the aforementioned King, flipped out and destroyed all of the stars in the universe. It’s your job to roll up items into shiny Katamari and fill the sky with stars. The absurdity of the bright intro sequence and music – seriously, this soundtrack is wonderful – will fill you with pure joy, if also a dash of “what the heck am I even watching here?!”. 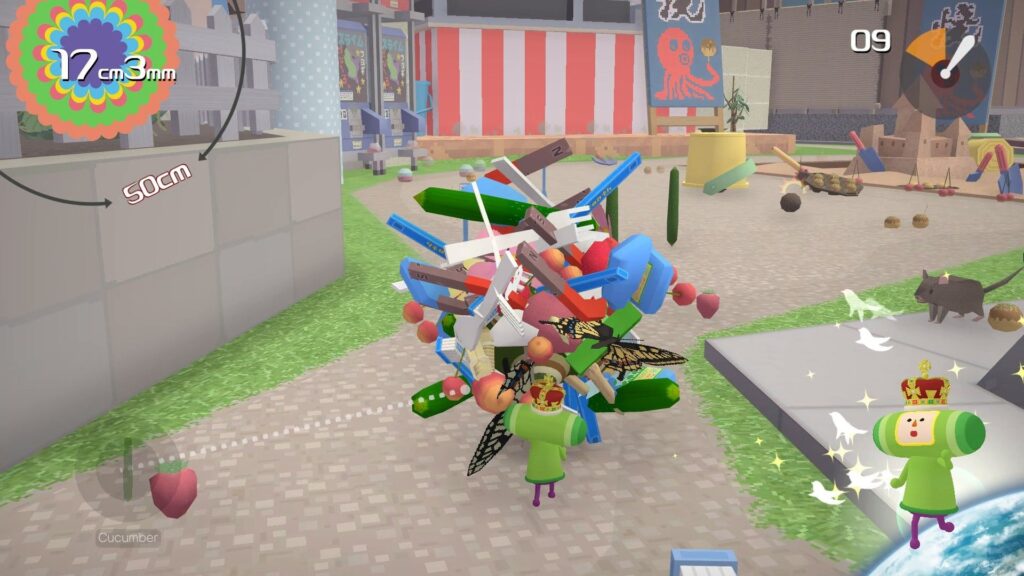 You start small and are asked to build a Katamari just 10 centimetres tall in a short time limit by rolling around an environment filled with drawing pins, cookies and an assortment of other random items which come in all shapes and sizes. The bigger your Katamari, the bigger the items you can affix to it and it won’t be long before you’re swallowing up helpless humans and skyscrapers in your path. 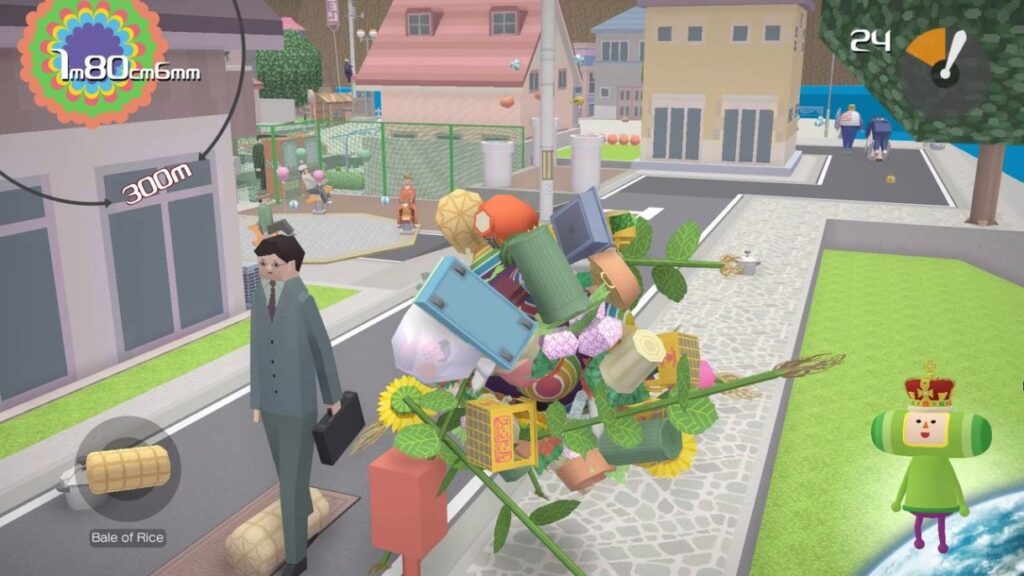 (Move bitch, get out the way!)

Sounds simple enough but you’ll also have to navigate your way around tricky obstacles and creatures which can destroy your spherical hodgepodge of items along the way, and you’ll have to think cleverly about the shape and distribution of your Katamari to ensure smooth rolling. The challenge is multiplied by the tricky controls which can take some getting used to. You’ll need to use both thumb sticks to successfully roll your Katamari through some difficult situations, namely annoying little oncoming mice which seem to run straight towards you in earlier levels and trigger a shrill alarm sound that stayed with me until bedtime. There was also brief a moment where I revisited the title menu and spent ages clicking every button on my controller only to realise the double thumbstick design applies here too – so save yourself the 30 seconds that I lost. In addition to the main story, there’s also a two-player option which allows you to compete against a friend and additional challenges. 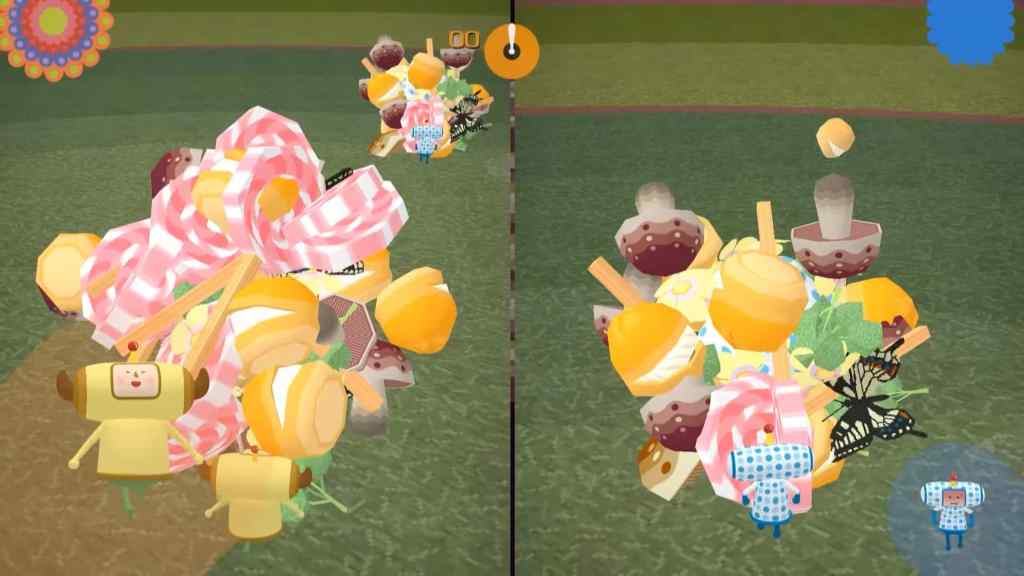 Katamari Damacy Reroll has been given a full HD makeover but retains its low poly building block aesthetic that the series is known for. Playing on PS4, the smooth updated cartoon art style still looked great on a large screen, but I think playing on a handheld would have complemented the control system well and I’d be keen to give the 2018 Nintendo Switch release a try.

Katamari Damacy Reroll is absolutely chaotic. If you’re unfamiliar with the Katamari series, the premise is unlike anything you’ve ever seen before; over the top colourful wackiness that’s a lot of fun to pick up once you’ve mastered the controls. The music is similarly brilliant – I have been annoying my other half all week with involuntary “Katamari Damacy!” outbursts – and having not travelled anywhere in over a year because, you know, pandemic, it made me really long for the vibrancy and clashing sounds of a Tokyo arcade.