King Arthur: Legend of The Sword

King Arthur: Legend of the Sword is a tale about Eric Bana being murdered multiple times from different camera angles, each more pointless than the last. All the while the audience is left to wonder why David Beckham is trying to act, why everyone is a cockney, why are my eyes bleeding and oh god why is this film two hours long.

But seriously, it’s the standard hack Arthurian tale, King Uther (Bana) has been murdered by an evil bastard named Vortigern (Jude law) and the masses decided that, “that is jolly well enough of that, but rather than elect a strong and fair leader why don’t we pin all our futures on that tosser Arthur (Hunnam) who pulled a sword from a stone, and possesses none of the qualifications necessary for ruling a country, sound good? Great”! 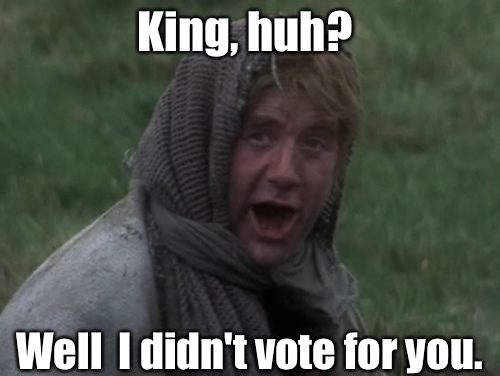 We’ll get this part out of the way first, so we can get into the fun stuff.

The score, is fucking great! The music reminds me of the Witcher 3 or The Last of Us, it really builds the film up and makes it a far more bearable experience, it was one of the highlights of the movie for me, it’s just a pity it wasn’t attached to a better movie. There is an original song used late in the film to set up the final confrontation, that hyped me up and actually made me look forward to the upcoming scenes.

While it is an inescapable fact that it is a hammy mess of a film, it thankfully led to some amazing unintentional comedy. For example, Vortigern’s high pitched yelp when his daughter died made me laugh out loud, or when he cut off his friend’s ear and proceeded to yell into it like a mad bastard, comedy gold. The tone of the movie was all over the place, so it was hard to tell if these where serious attempts at character development or simply mistakes they just left in. (Damn Robert Downey Jr, we should be making Sherlock Holmes 3 instead of this shite!)

While I didn’t enjoy pretty much any of the cockney dialogue in this film, I can appreciate the attempt to fuse the different genres of ye olde adventure, and cockney hard lad drama. It’s a great idea on paper to combine two very popular genres, but like Cowboys and Aliens it just does not work and gets old fast.

First of all, fuck this movie’s special effects, they cause actual physical pain, no I’m serious! There are two things that should never be used, and this damn film had both in one scene, Shaky camera and blinding flashing lights. Not fun. I had a proper thumping head ache after watching some of the scenes in this film, as did quite a few others watching the same screening.

Another issue is that it’s also painful to watch in a cringy way, bad CGI is no-one’s friend! Close up slow motion that would be more at home in an early 2000’s SciFi original Arthur, it gave me horrendous flash backs to The Mummy Returns. When they aren’t using CGI to make awful decisions, they are doing subpar school playground sword fights, and Arthur is that one prick kid who uses an everything proof shield! It’s a bizarre juxtaposition of odd CGI mixed with badly choreographed fights, and it doesn’t make sense that both can happen in one film about a fucking magic sword.

(Just look at this shite!)

I blame that bastard Michael Bay for this bollocks, he made it acceptable to reuse old scenes in movies and we did nothing! I think it’s either 5 or 6 times we see the same scene repeated from the same angle for no real reason. Does Arthur have PTSD, some kind of memory loss or is it just a drinking game the editor made out of the movie so they could get through the film? Also, there are some pointless scenes dragging things out with no explanation, and characters introduced for no real reason, like the Shaolin master who does fuck all!

There comes a point about half way when Arthur is asking people to flee so they don’t get attacked by the king’s troops, all ten of them. There are at least 50 people there on his side, some of whom happen to be Archers, this really didn’t feel like a threat. I was waiting for one guy to say “or, how about we shoot them with arrows, hell! We could throw rocks! What do you mean no? okay I didn’t want to be the guy to bring this up but could we maybe get a leader who wasn’t raised by prostitutes and has had no training in siege warfare!”. Arthur seems to be totally disconnected from reality at that point and the rest of the cast try to make it an unearned Spartacus moment, that everyone will die for him, its nonsensical and boring as opposed to being a stirring moment.

It’s been a long time since I have had such a strong urge to leave a film, this could have been another fun romp like the Sherlock Holmes movies, instead it was a waste of everyone’s time and just a complete disaster. Its less of a pulling a sword from a stone and more of falling on its sword and shitting its pants.