Sekiro: Shadows Die Twice was the latest gift given to us from known developers FromSoftware. This is a third-person action RPG based in a re-imagined 16th century Sengoku period Japan, and it retains much of what made the other games in the series popular with a strong cult following, such as the Dark Souls trilogy. You are a shinobi with a name, face and backstory already laid out for you, rather than the nameless hero you would have played before. You serve the young lord of a land called Ashina, which is currently under threat from dangerous enemies desperate for power. You are between them and their goals, making use of your training to protect your lord and defeat all those that would do him harm. It is a fairly straightforward story, but fun to follow and with many interesting characters that have an excellent dialogue with your stoic hero. 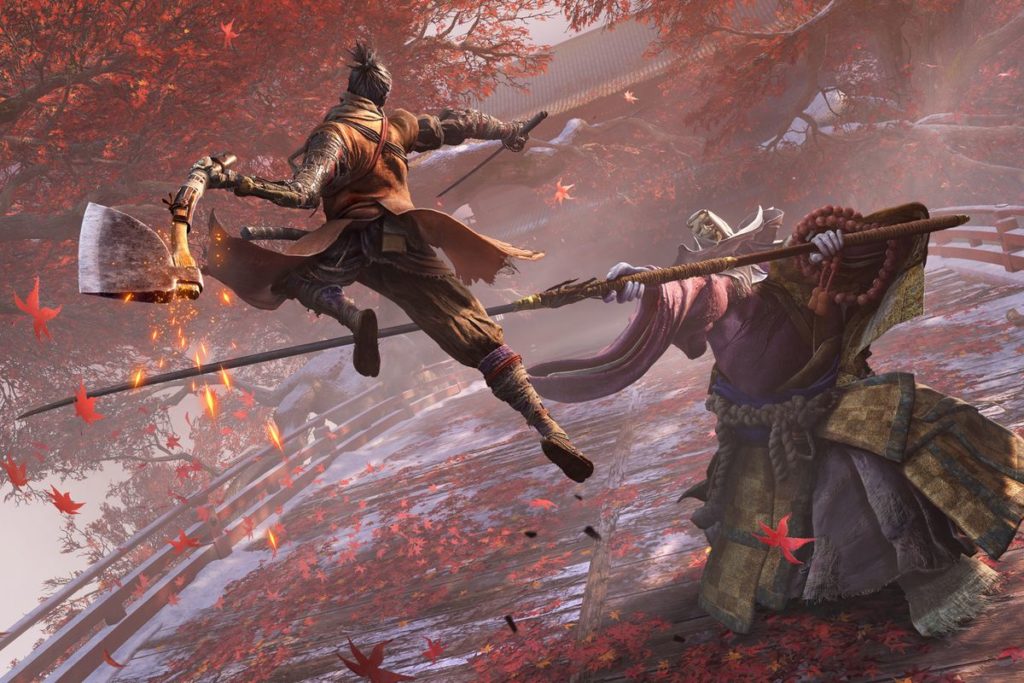 Sekiro recreates much of what veterans have already seen, with a game that can be viewed as extremely challenging, sometimes bordering on impossible, and set in a dark open world designed to test your patience, skill and sanity. You still start the game relatively weak and you need to make your way through a nightmare inducing landscape filled with all sorts of surprises and tests. Similar to the other games you will gather experience and use that to acquire skills points that can be spent in upgrading you character with new abilities in the form of skills. There are multiple skill trees available, some of which you will have to discover throughout the game in the form of texts. These texts can be found, or purchased with Sen (in-game currency), to unlock skill trees that can give you an arsenal of perks to choose from. There are no traditional stat upgrades and instead you can only upgrade your vitality/posture and attack power after acquiring the necessary items. 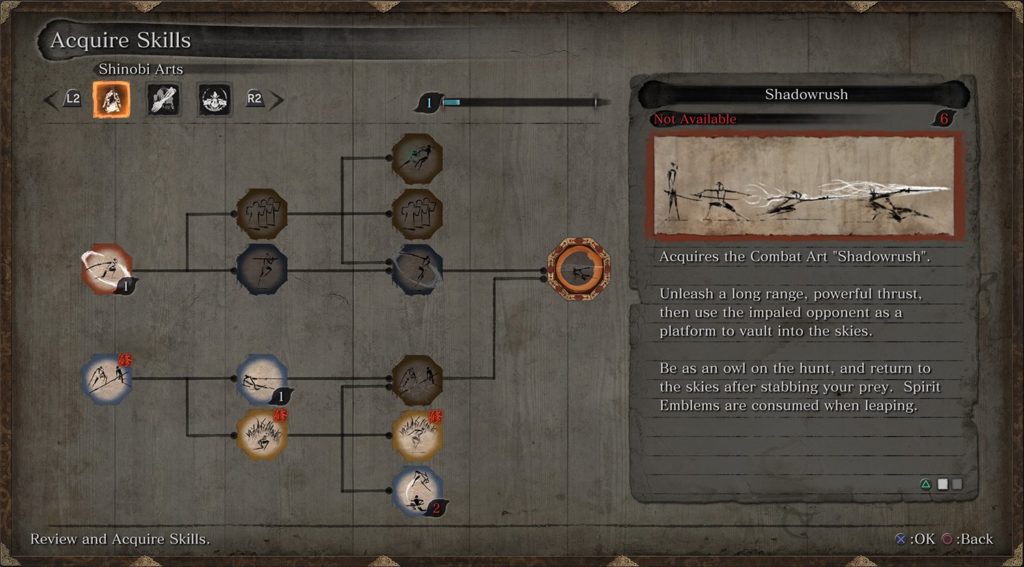 Upgrading your character takes place when you rest at one of the many checkpoints in the game, known as statues, which operate the same way the bonfires have done in the Dark Souls games. Resting at these statues resets all killed enemies, excluding bosses, but also recovers your health and your main source of healing, your gourd. The gourd acts as an estus flask, a healing potion, and has limited uses. The number of uses can also be increased when you find a certain item. 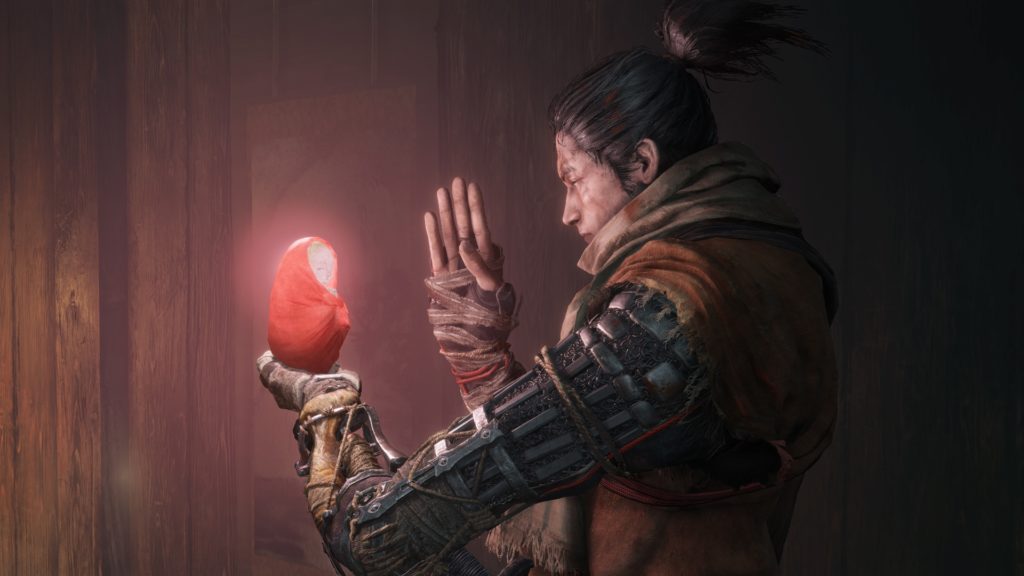 Sekiro stands out from the other popular titles in terms of combat with a refreshed emphasis on deflecting attacks, performed by blocking just as the attack lands and with a satisfying clashing sound to signal your success, instilling confidence for the rest of a fight. Dodging and blocking are options, but come with great risks and can still leave you vulnerable to certain attacks. You no longer have a stamina bar but it has been replaced with the newly invented posture bar. This bar applies to both the player and enemies. It is a very clever addition and changes the dynamic of combat by allowing you to stand toe to toe with even the most intimidating foes. Attacking the enemy, deflecting their attacks and using certain counters that can be unlocked will damage their posture, and once broken will leave them open for an execution which is a visually beautiful and gory finishing move. This will kill the enemy regardless of how much health they have left. Bosses, however, act differently. 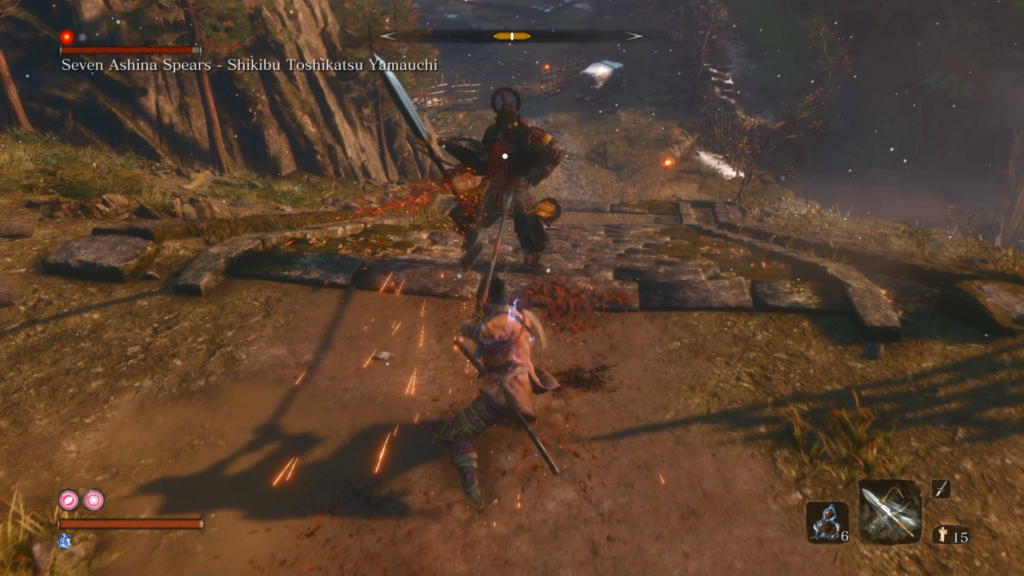 They have more than one health bar but reducing it to zero will not end the fight. Instead, you must break their posture and execute them to move to the next phase of the fight. Their health still plays an important role and should not be ignored. The lower their health then the more damage to their posture you can do and the longer it takes to recover. This adds extra tension to the combat as it provides you with options. You can opt to lower their vitality patiently, attacking when it is safe and withdrawing to avoid getting attacked so that you will have an easier time breaking their posture and going for the kill. Or, you can go for the more difficult option and try to lower their posture as quickly as possible killing them before you make a mistake. 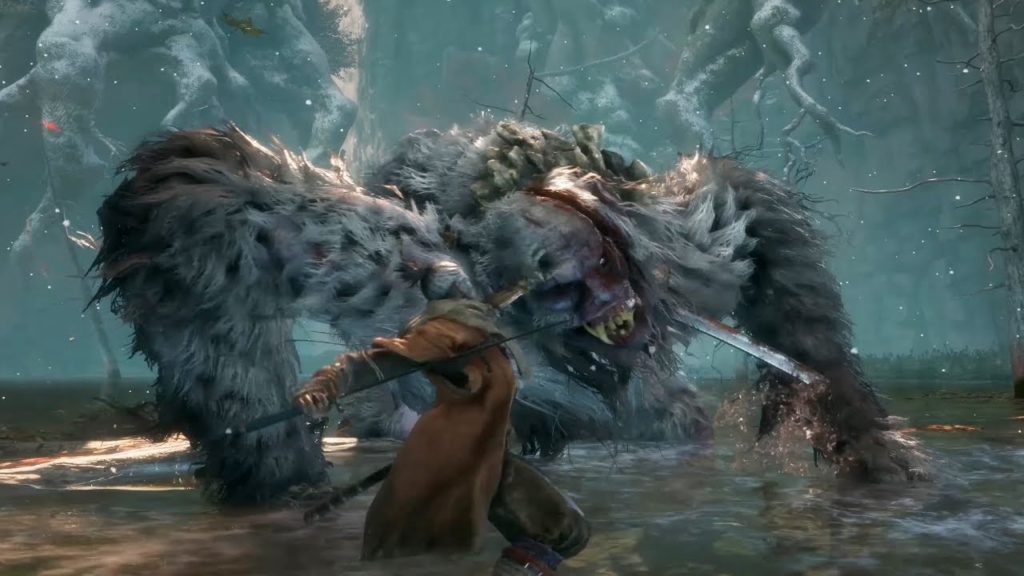 You will die often, that hasn’t changed, but what has changed is how death works. Upon dying you can return to the most recent statue checkpoint, or you can resurrect yourself and carry on. This is a new feature that adds provides additional options in how you respond to a defeat. It has limited uses to prevent spamming, but can also come at a cost. You initially begin with two icons above your health bar indicating the number of uses you have and when they are available. After resurrecting once you will have exhausted the first icon which cannot be recovered until you rest at a statue. The second icon will be covered, meaning you cannot resurrect a second time right away. In order to use your second resurrect attempt you have to kill some enemies first before it becomes available. It allows you to consider retreating from combat rather than risking a loss without gain. If you truly die, due to having no resurrects or choosing to not to resurrect, then you will lose half of the experience towards the next skill point and half of your Sen. None of which can be regained. You will then have to think carefully if you will be able to pull off a win against the foes that defeated you, or if you want to fall back and rethink your strategy. 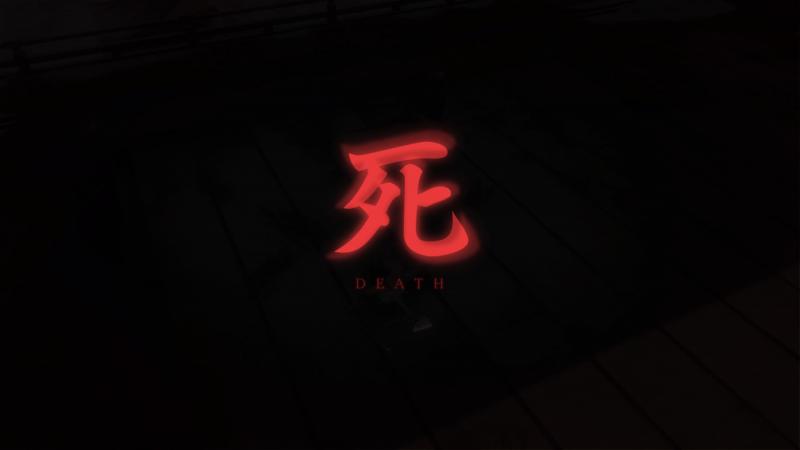 Direct combat isn’t your only option, taking inspiration from the classic stealth game Tenchu you can also stealth kill your enemies. You can turn the tide of a difficult battle by reducing the numbers and improving your chances of surviving. The stealth mechanic is quite basic. You can move around unseen and instakill anyone unaware of your presence, or someone that is alert but unaware of where you are at. There are some areas, such as fields of grass, that hide your presence but enemies with ranged abilities still seem to know where you are at after being spotted, even if you are hidden behind a building. They can sometimes spot you, even if you would be too far away to be noticed. It can be a nuisance when you have spent a lot of time working out the routes of patrolling soldiers and planning your moves, only for an archer you weren’t aware of to spot you, alerting everyone in the vicinity to come running to your location. 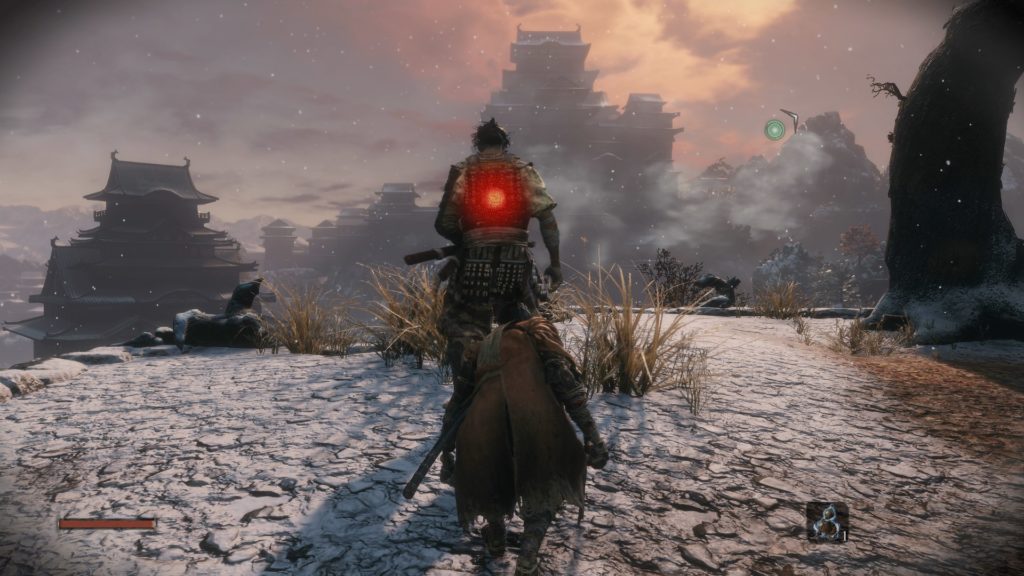 You also have access to a grappling hook that adds multiple levels of verticality within the large interconnected areas that form the world you are exploring. It opens up new pathways with many secret areas allowing you to pass by enemies without being noticed and discovering hidden items. It also hits that spot in the heart of anyone that dreamed of being a ninja, travelling through the map and gaining a good vantage point over your enemies.

Along with the grappling hook your prosthetic arm, a ninja tool that replaces the use of magic seen in other games, acts as a Swiss army knife with different attachments that can be used in combat. These attachments are situated in different locations within the world, some hidden and some placed directly in your path, and act as combat support. You can use firecrackers to disorient your enemies, launch shuriken blades to attack from a distance and shoot flames to light enemies on fire. Mixing things up in combat makes each fight feel different and not just a repetitive grind of just bluntly beating someone until they stop moving. The prosthetics can be upgraded with new features and variations, giving you more versatility and deciding what you think helps the most. 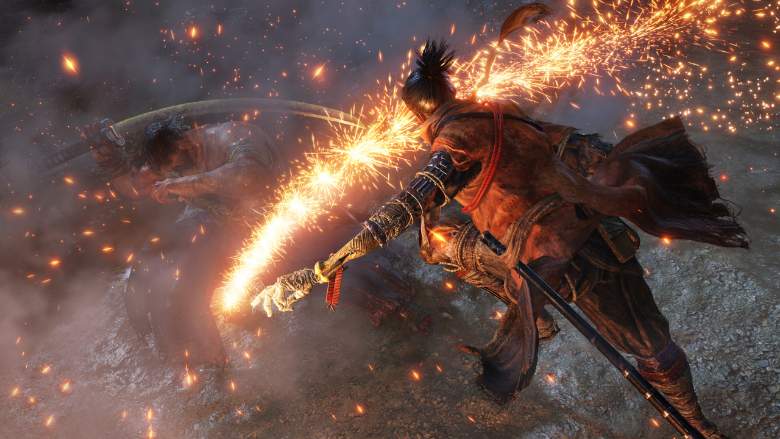 Finally you have the setting, Feudal Japan. It is a wonderful backdrop with varied environments and excellent detail on the structure of the buildings, pathways and other areas you will be exploring. There is a vast array of colours, which makes a nice change to the drab and gloomy atmosphere of the previous games. The natural beauty of Japan disguises the horrors you are surrounded by and there are moments of clarity whenever you are standing on a high point gazing out, taking in the amazing view, something that can be appreciated whenever you find time between battles. Up close, the graphics do not seem to be much better than when Dark Souls 3 was released on current gen consoles. They still appear a little washed out, but Sekiro isn’t the minor up-close detail, it is about the entire picture and taking in everything at once. The sparks from weapon clashes, the spray of blood from a defeated enemy and the flash of a fast sword all get the adrenaline going in a way that few games can even manage, but Sekiro will have you living in the moment of tense, yet fun, ninja action. 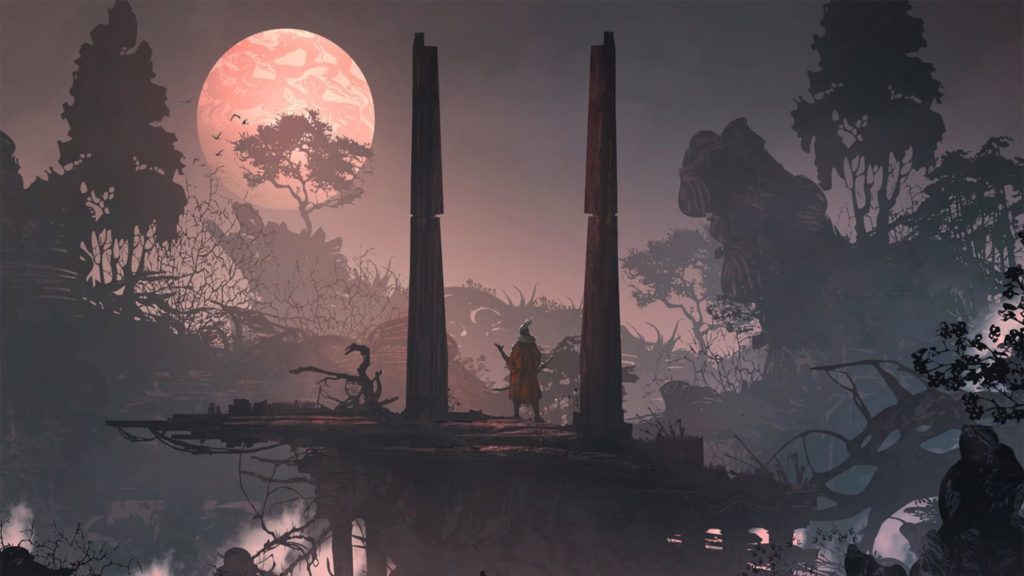 Overall this game is a great addition to the series. It retains what made the others so popular, giving us more to satisfy that itch but with enough changes and new features to avoid making a clone. The game is difficult but it dares you to meet that challenge and wants you to win by your own merit, granting that feeling of accomplishment whenever progress is made, always bringing you back to keep going. In saying that, I must return to my second playthrough.