If Dark Souls met Street Fighter out in a bar one night and they ended up having a drunken one night stand, the resulting offspring would be this game.

Absolver may have been released to the world in August 2017 but unfortunately we never got round to reviewing it. But given that it’s free on PS Plus and seeing how the summer video game drought has hit us hard, now seems like the perfect time to give it a whirl.

In the world of Adal, young trainee warriors roam the land searching for opponents so they might prove their worth and join the peacekeepers. Though there is not much left, the remnants of a once great civilization are spread far and wide.  Charming sunsets and relaxing clouds adorn the players screen; however, they won’t be much help in the ensuing fights.

When you first load up the game you will be given a chance to customise your warrior, you can pick male/female, hair style and colour and fighting style. There are 3 fight styles to choose from, you have the Kahlt Method, which favours strength and defence. Windfall which is all about speed and agility and finally we have Forsaken, a balanced and powerful style based on Kick boxing, the classic good all-rounder. 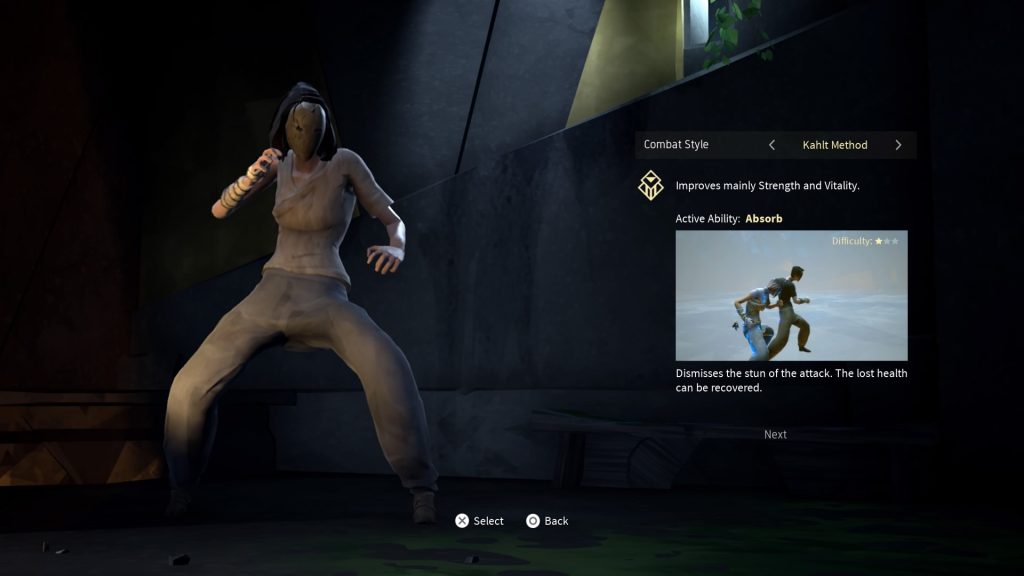 I of course chose the all-rounder, just to see what was what and whether it was worth becoming invested. So I hopped straight in and immediately started wailing on my enemies with a flurry of attacks, confused as to why this tried-and-tested approach wasn’t yielding results. It turns out that I had approached Absolver as if it was just your standard beat ‘em-up, which is the best possible way to get your ass handed to you in this game. It’s clear that influence has been taken from the souls-borne games as Absolver is all about careful combat and stamina management. This lack of communication between the game and the player is one of its only drawbacks. Of course once I realised that stamina management was key I was laughing but it took me until my first boss encounter to figure that out and the game wasn’t quick to point it out.

But like I said, once I had the basics figured out I was ready to tackle the more nuanced aspects of the combat system, such as the Combat Deck. The Combat Deck is a great feature, it allows the player to blend different attacks together, customising their own combinations and creating a play style that is entirely unique to them.  While the combinations start out basic enough, as the game progresses it becomes more complex but at the same time more rewarding. 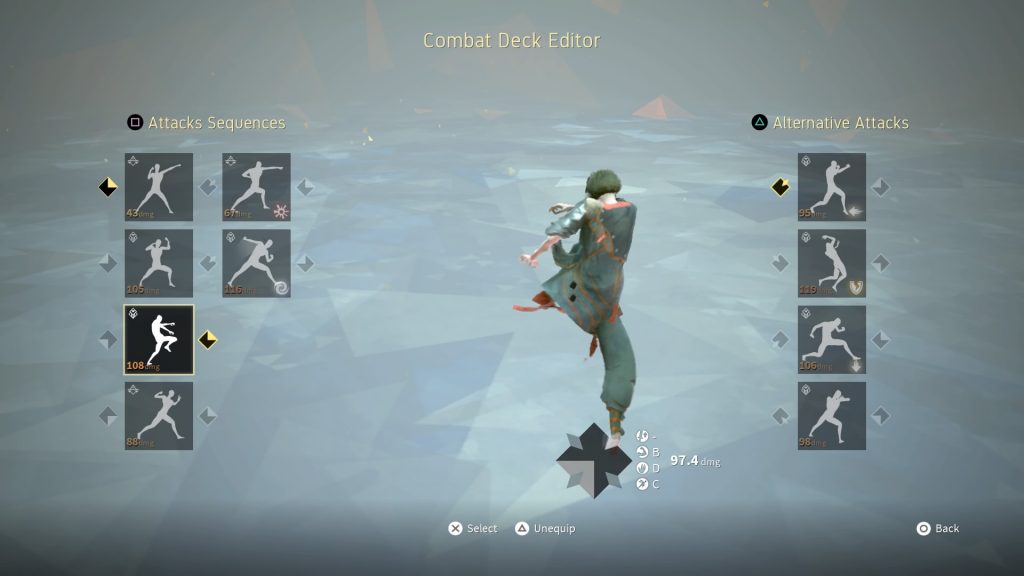 This brings us to the fighting stances, a fantastic feature that adds a whole other layer to the combat. There are four in total and you are able to switch between them on-the-fly, opening up even more moves to the player. They work in tandem with the combat deck allowing you to perform different combos depending on which stance you’re in. Meaning if strength isn’t enough to defeat an opponent then you can switch stances to use speed to gain the upper hand. This is a nice touch as it forces the player to think of how best to engage an enemy and making every encounter feel unique.

I love how much effort has gone in to making the combat both look and feel realistic. Absolver has forgone the cartoonish, over-the-top fighter video game style in favour of something that is much more grounded in reality. It is clear that they did their best to try and represent  what martial arts is supposed to be, graceful, poised and delicate but with an intense energy that feels like it could level a mountain. 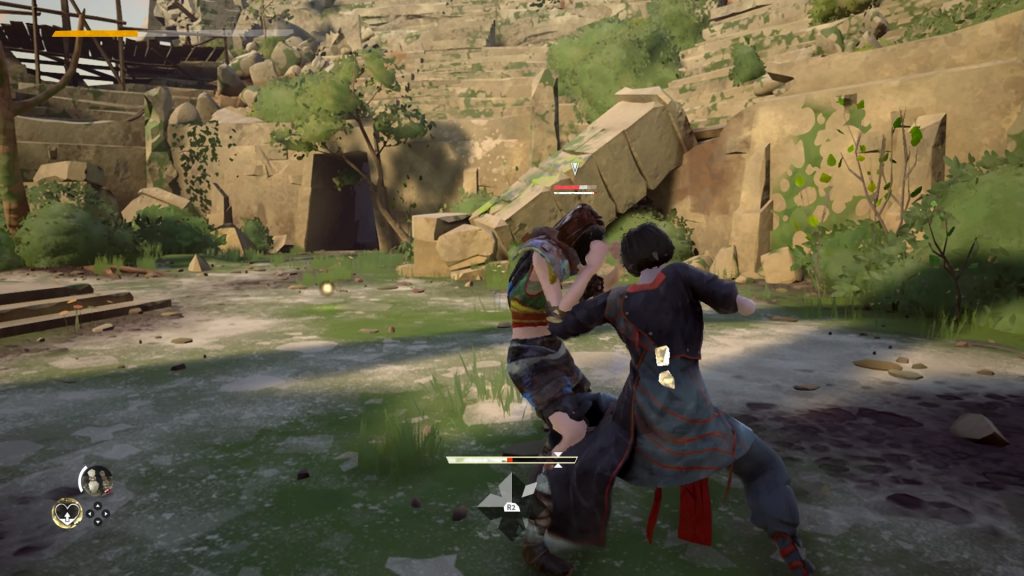 Stamina management isn’t where the similarities end between Absolver and Dark Souls there is also the online aspect to the game. Like Dark Souls Absolver has a tangential massively multiplayer online element. Meaning there are other players roaming around so if you are having difficulty with that one bastard hard enemy you could always put your trust in another random player and join in in some jolly cooperation. Or if you prefer you could indulge in a bit of harmless PVP action to satiate your need for cathartic violence.

The overall look of Absolver puts me in mind of Legend of Zelda Windwaker, it has that same cartoonish cel-shaded art style but with a more mature feel to it. It does perhaps stray away from the modern ultra-realistic look to games, but that is no bad thing. While most games strive for photo realistic nasal hair blowing millions in the process Absolver manages to create a beautifully vibrant world that is wondrous to behold. 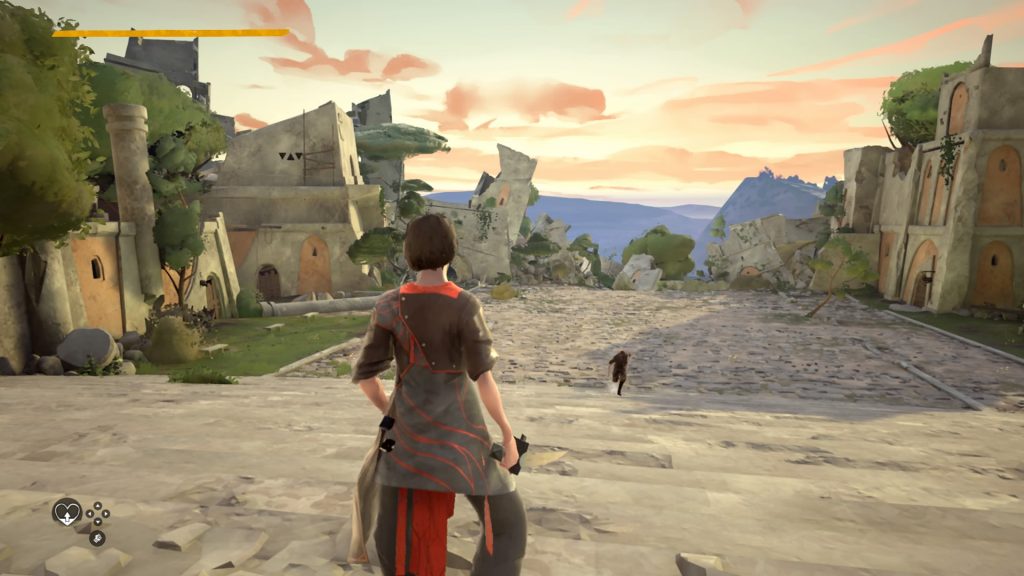 My only real complaint is that during combat with multiple enemies the camera can sometimes feel like another opponent. While initially a bit of a pain it isn’t impossible to compensate for once you have the rhythm down, so it becomes less of an issue the more you play.

All in all Absolver is a great game; it is juggling multiple themes and manages to stay true to them all. A fantastic action-RPG that is equal parts challenging and entertaining, with unique gameplay mechanics that you will want to tinker with for hours.