Halloween may be over for another year but if blood and guts were never really your thing, then there are plenty fun scares to be had with Mario’s eternally terrified brother in Luigi’s Mansion 3 on Nintendo Switch.

Given it’s the plumber’s third mysterious invitation to a crooked looking mansion, you would think Luigi might be a little more sceptical about hopping aboard a bus to a place called “The Last Resort” with his merry bunch of Mushroom Kingdom chums. But as quickly as Princess Peach can settle in with her stack of 10 pink suitcases, things of course go from cute to creepy as King Boo traps your friends inside photo frames and it’s your job to navigate the darkened hotel and save them, sucking up ghosts along the way. 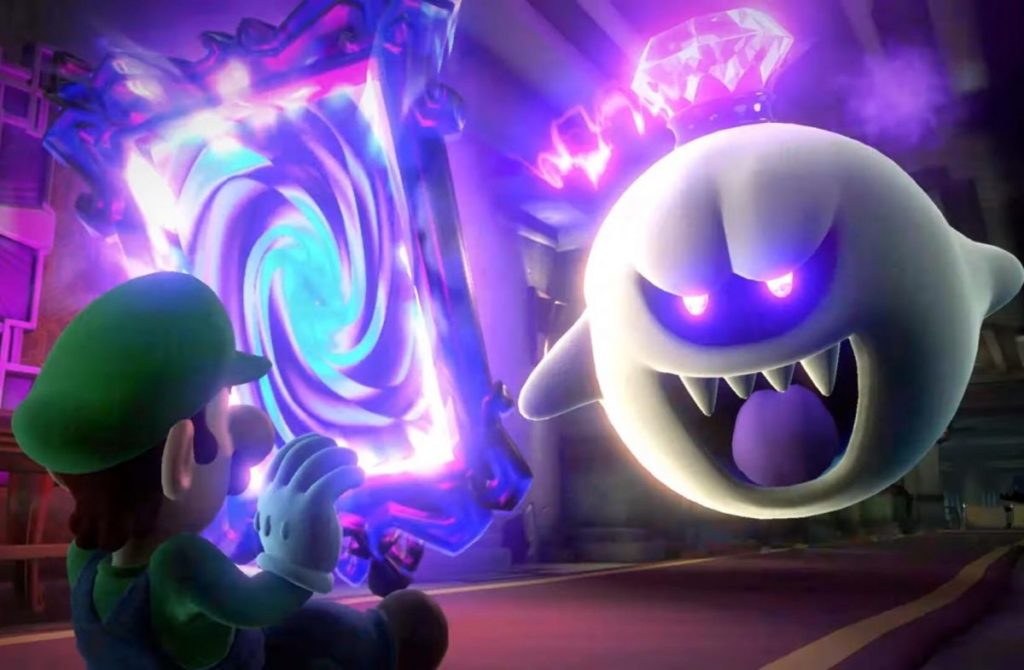 (“I Just need a Luigi to complete my collection!”)

Your companions are your cute dollop of shaving foam-looking doggo, Polterpup and Professor E. Gadd who offers hints and upgrades from his portable lab via the fittingly named Virtual Boo communication device, a fun nod to a fated familiar Nintendo accessory. The game takes place across multiple floors of the haunted hotel. As you complete boss fights and challenges, you are rewarded with missing elevator buttons which open up more areas for you to explore. You will find keys, gems and cash along each hallway as you work through puzzles and find new ways of using your trusty vacuum-like backpack. 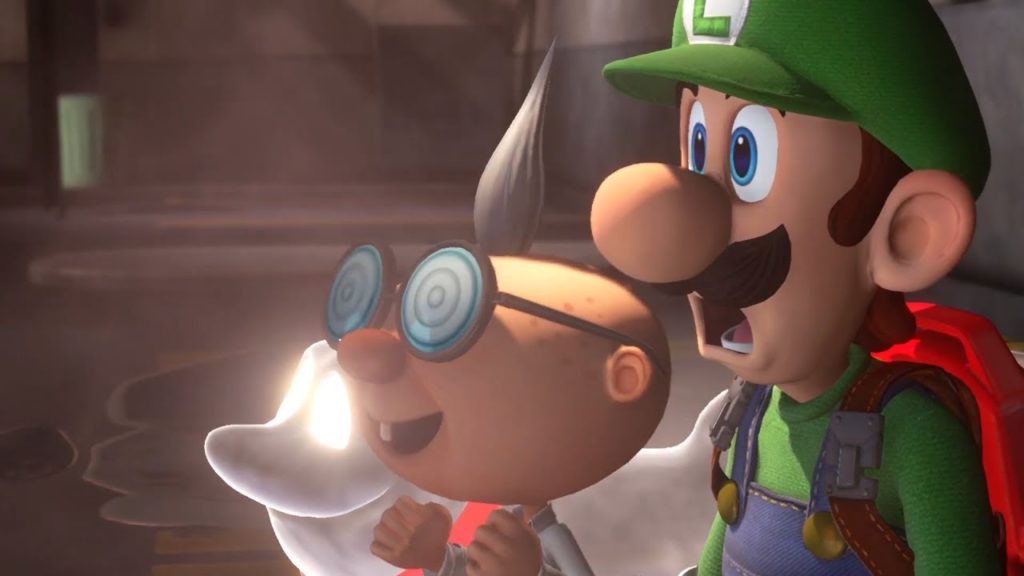 (“I think I’ll stick to using it for ghost capture Professor.”)

Ghosts roam the floors and can be captured using a flashlight to stun them, a blast of the Poltergust and a couple of hits for good measure to weaken their strength. Some are tougher than others and I really enjoyed the multi-step combat which kept things interesting and added a fair level of difficulty in some areas. The boss fights however, did become a little tedious; some because they were just heightened versions of the same stun and capture format, others because they were downright frustrating to a point where I had to put the game aside and come back to it later. In some instances, there were a number of levels to a boss fight with several minions to contend with first before facing your final foe; fall at the final hurdle and you have to do the whole thing again – cutscenes and all. In these situations, it’s handy to stack up on gold bones from the lab’s Shopping Network which can be used to get a new lease of life in some tougher battles. 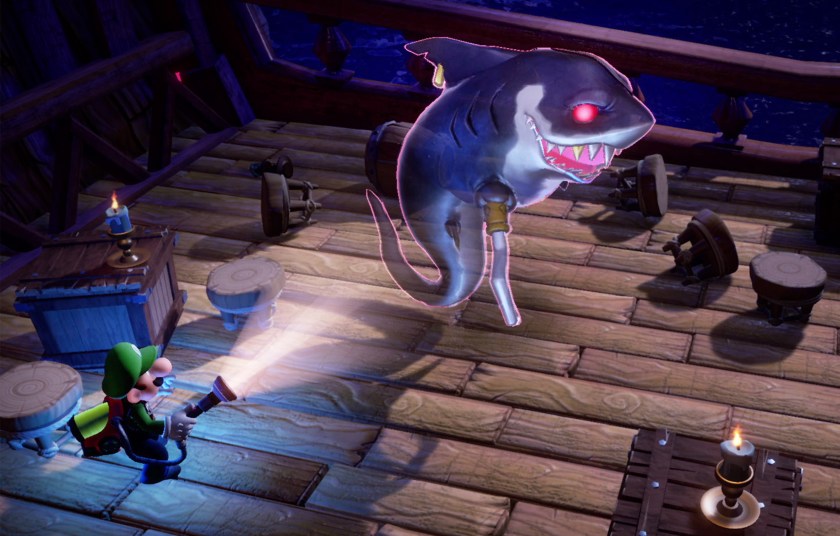 Your other saving grace is your pal Gooigi, a green goo clone of Luigi first introduced in Luigi’s Mansion 2 on 3DS, who can squeeze through small spaces and help out in two-player challenges such as getting tricky mechanisms to work – just be sure to watch out for water otherwise your gooey friend will dissolve just like the Wicked Witch of the West. Gooigi was one of my favourite parts of the game; it was great to be able to quickly dispense another player from my backpack, opening up areas where Luigi was previously unable to venture to and sometimes acting as a distraction, taking one for the team when trying to avoid hits by a comedy frying pan; you’re a good friend Gooigi. 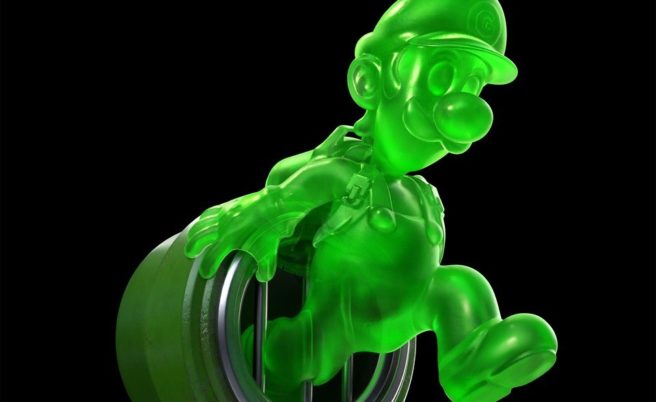 The game’s design is great, each level arrives with a new theme whether it’s a theatre haunted by an angry pianist, a row of shops guarded by a petrified security ghost, or even an Ancient Egypt-themed floor with mummies. Each area is plumply detailed and there are plenty of goodies to be found in secret safes and even toilet bowls; hey if you want those gems! Cash is scattered around the hotel, some hidden but most just floating around in plain view. Money can be exchanged for goods back at the lab like special finders which help you uncover Boos and gems but it never really felt like there was a desperate need to seek cash out. It’s more just that you will want to collect stuff because it’s fun to try and suck up every last scrap of paper and table cloth in each room. 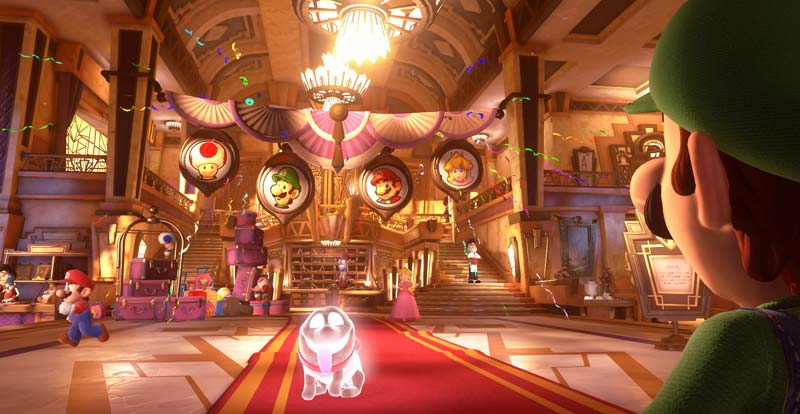 With that, I also loved how much fluidity there was to the environment. Very few items felt static; if you nudge into a suitcase, it will move, if you want to suck up a curtain because you’re afraid there may be a ghoul behind it (don’t lie, you’ve anxiously pulled back a shower curtain that had a strange shadow looming on it too), you can. 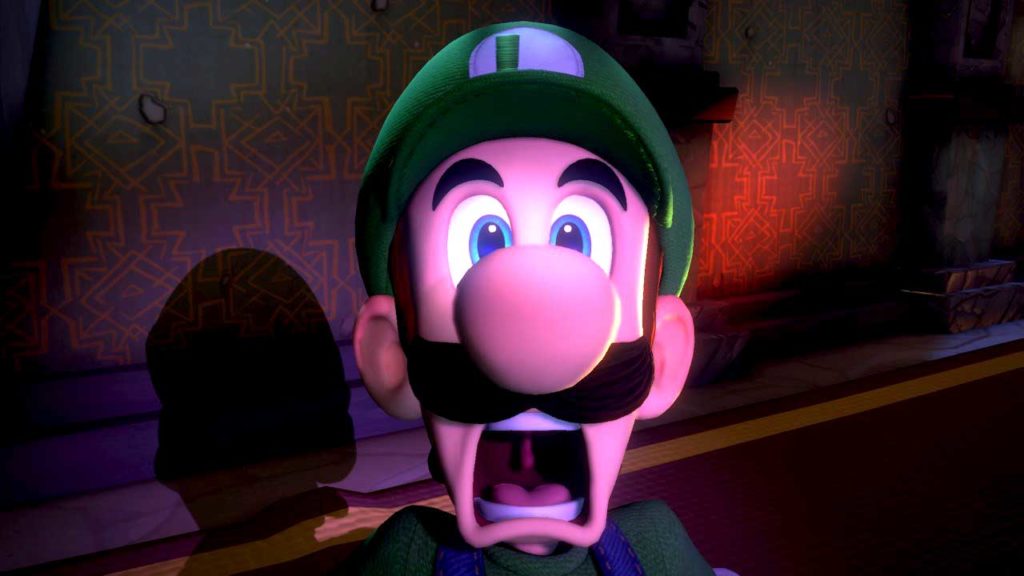 Sometimes the “stun and suck – boss fight – move to the next floor – repeat” structure felt a little repetitive but I appreciated that the game wasn’t completely oversaturated with villains, giving players plenty of time to wander around, exploring every broken window or vase for potential loot. It was also nicely balanced out with enough puzzles and interactive objects along the way to keep the pace; for example, you don’t need to pot all the balls on the pool table with your Poltergust but you’ll be generously rewarded if you do. 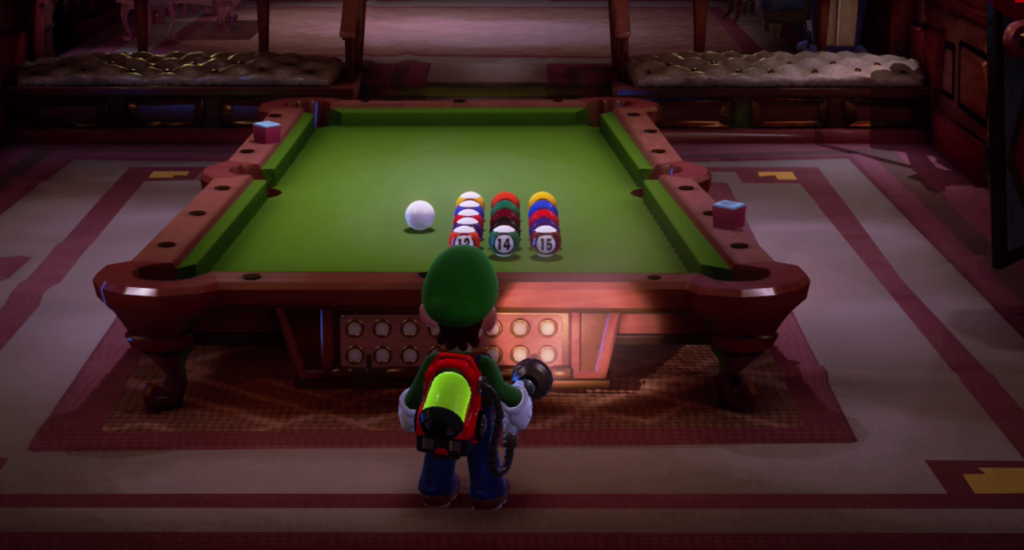 Additional features include the ScareScraper online multiplayer mode which lets you play in teams of up to eight and participate in challenges against a timer across several floors. It’s a fun add-on and though multiplayer isn’t something I’m looking for from this kind of title, it’s a nice feature, particularly as you can play locally with friends. There is also ScreamPark, a more family party style mode featuring three games; Ghost Hunt, Cannon Barrage and Coin Floating where everyone plays as colourful version of Luigi or Gooigi. 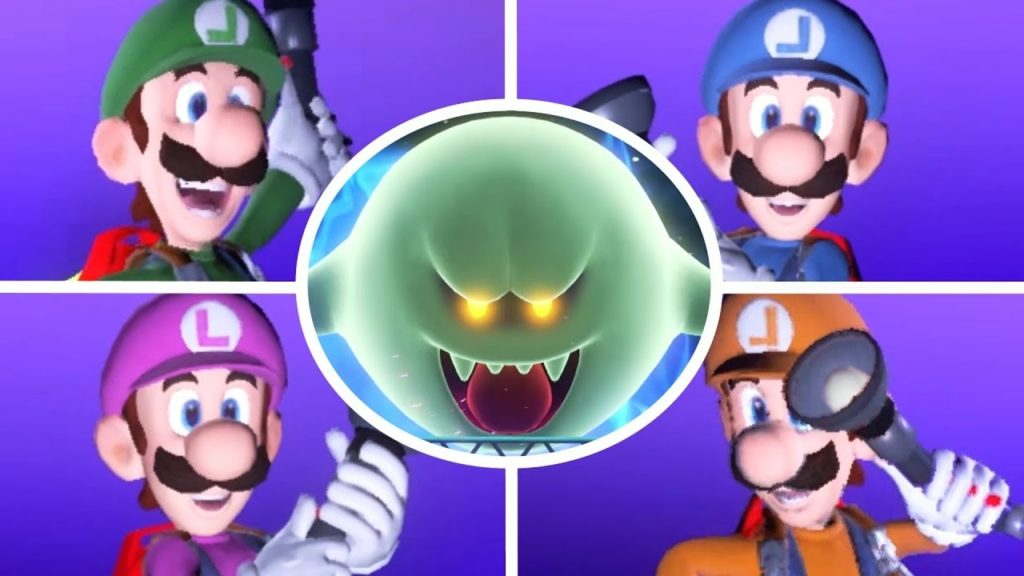 Given that one of my favourite Switch games of this year is the ridiculously cute Yoshi’s Crafted World, I am always a fan of Nintendo giving its secondary characters their own adventures. Though Luigi may not be the classically brave hero in his own story, I’m glad Mario’s younger brother has been given his place to shine on the platform in this well fleshed out spooky caper. Halloween may be over, but Luigi’s moment is now.