Sword goes in, Guts come out, that's what Nioh 2: Complete Edition is all about!

My hands were aching, I’d been playing for a couple of hours when I (finally) killed the first boss I’d come across, a giant horse headed beast, when the realisation hit me that this was just the tutorial zone, an event punctuated by the game flashing a late logo screen at me up post-fight. 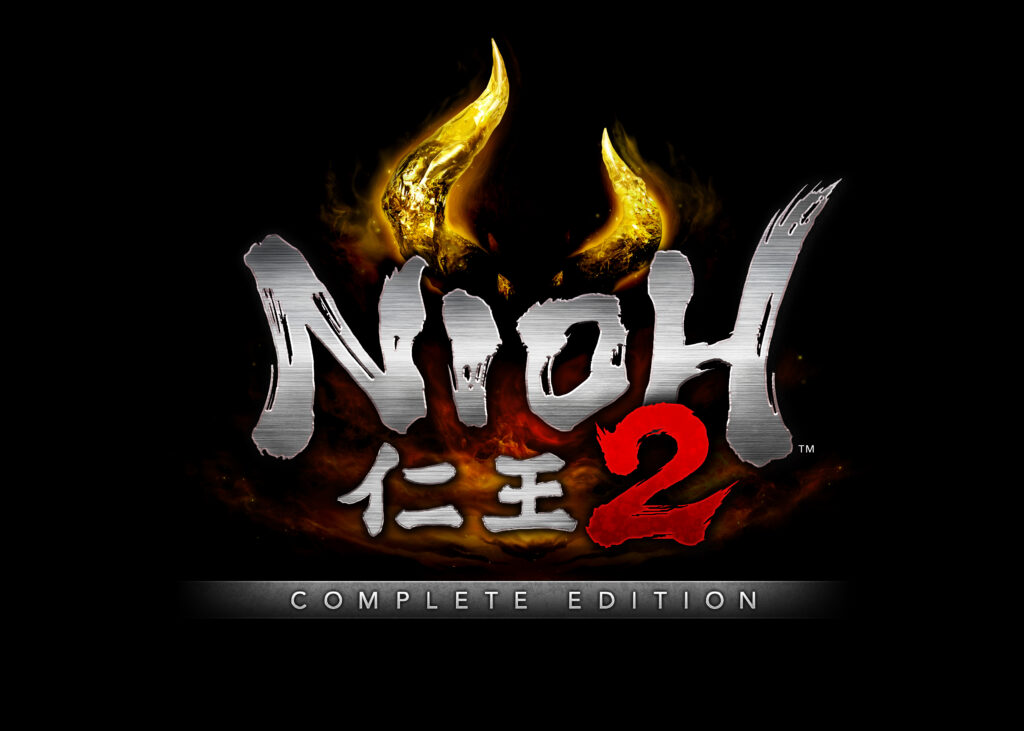 The game is Nioh 2 – The Complete Edition on Steam (released 5th February) which not only contains a rather solid port but all of the DLC that came to the PS4 Team Ninja action RPG last year. Setting up and playing were a breeze, the game had no problem finding my DualSense controller that I elected to play with. The only minor issue that popped up on that front were that the menus and buttons referenced an Xbox controller, but I’m sure a patch will solve this.

So far, I’ve sunk around 20 hours into the game and still feel like I’ve barely scratched the surface. The first hour or so was spent creating a character which has a surprising amount of depth to it. You can customise pretty much every aspect of your character but a host of different presets offer you a good starting point by giving you a selection of gender, skin tones, faces and hair options. 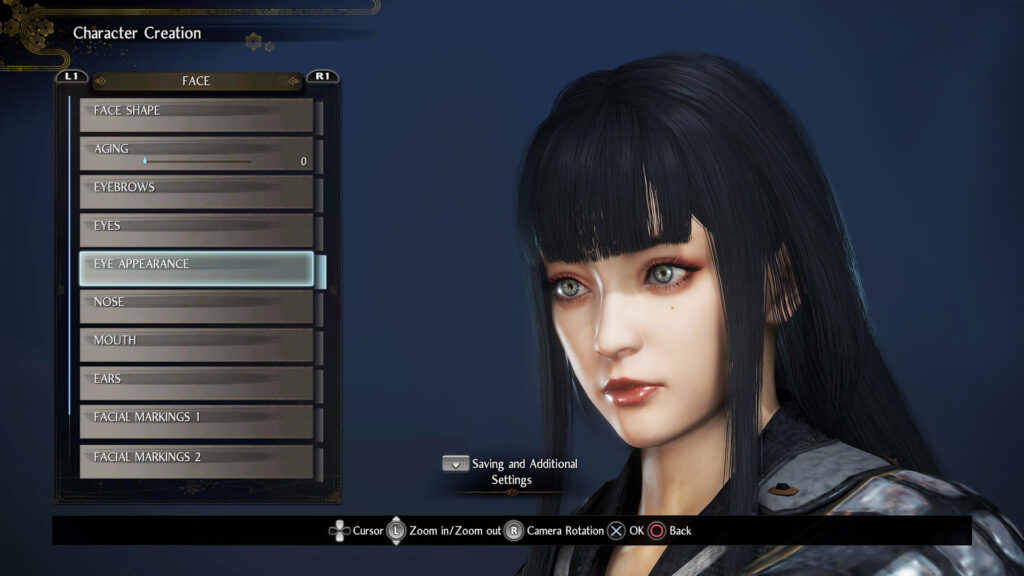 (The eye shadow is all WRONG!)

The character I chose to create was not as monstrous as some of the others I’ve created in the past. She has a gruff voice, flowing black hair with red highlights, a scar covering her animalistic eye (just the one, the other being a very fetching purple colour) and some tattoos. Other options could have included giving her a super high- or low-pitched voice or a beard, which was very tempting. One of the final options was to choose what your guardian spirit form looks like, which I’ll go into more shortly. I finally settled on glowing golden antlers. 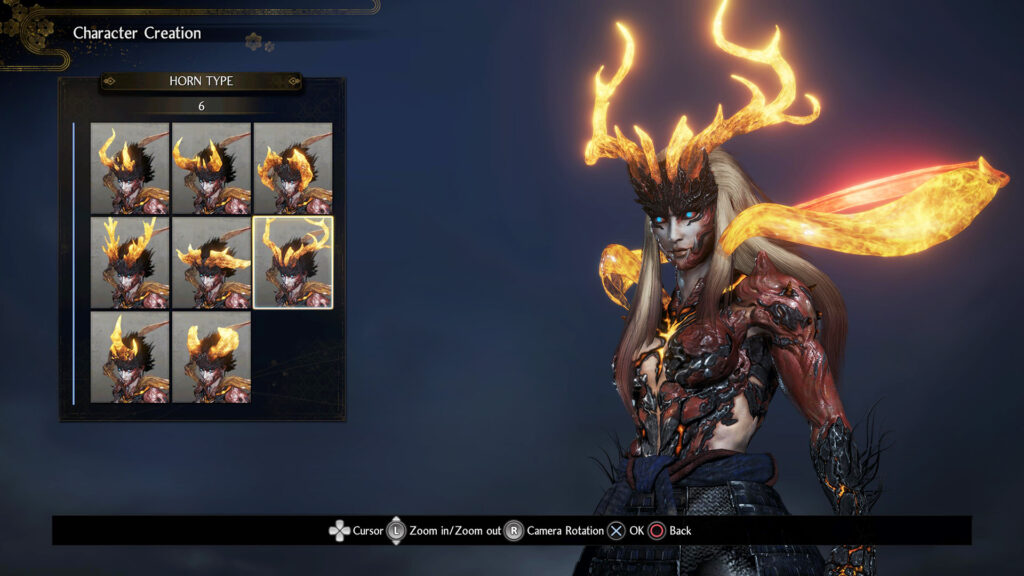 From there you get dropped into a small starting zone where you cross over a bridge and choose from a large selection of weapons, powers and stats. This area threw me, as I had thought this was the main tutorial, but even now I’m still learning new things. In this location you can also go back to the character creation by peering into a pool, which is a great idea after being able to run around if you decide you don’t like what you’ve created. After all, you’ll be seeing a lot of your character as they show up in cutscenes and menus and will be equipped with what gear you have on too. The choice of weapons should appeal to all play styles, want to be a tank build with a powerful axe or katana? You can choose that and the abilities that compliment your play style. It’s here you also pick what you want your guardian spirit to be, again depending on what stats you like the sound of. As I had chosen dual katanas and a hook, I went for the guardian that would give me a bit more strength to go with my DPS build. 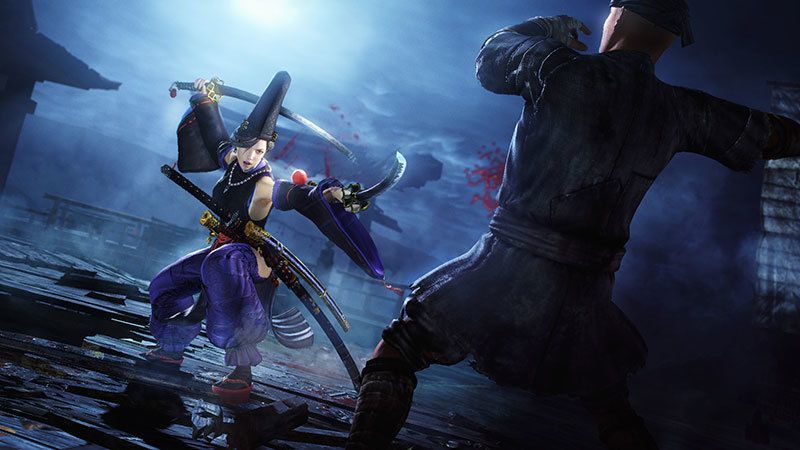 After you leave here, you’re plopped onto a world map with a couple of locations. It’s here I went into the main mission that led me to the aching hands and rage that subsided to joy when the boss was finally defeated. Once in your characters shoes you get to explore a rather large area, one of the first things you come across is a shrine that you can pray at; this not only heals you and refills your health potions (you’ll need these) but it also respawns all the enemies you have killed thus far so it became a game of chance – do you try and get to the next section and hopefully find a shortcut in the process or do you return back to the shrine and try to master your run? This play style does feel very appealing as you start to remember where enemies are hidden and come up with new ways to kill or bypass them. 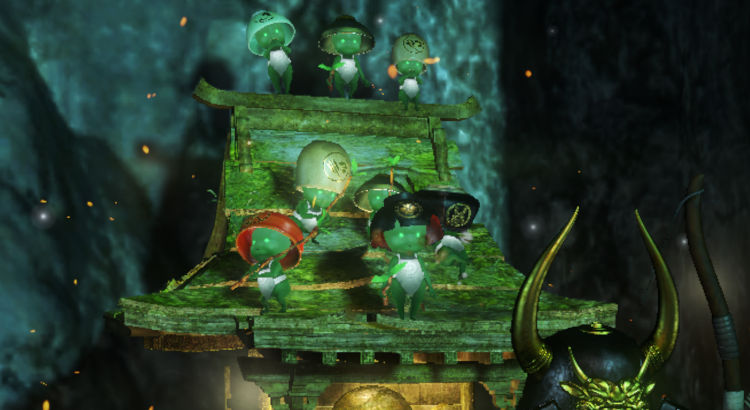 The shrines are also inhabited by little cheerful green guys called Kodoma who have little teacups on their heads. These helpful guys have a bazaar that you can buy items from and you can also gift them gear that you’ve collected in exchange for resources. You can find some Kodoma out and about on the road, some hidden away that you can take back to a shrine where they will offer you a boon such as increased XP, item drops and health elixir drop chances, which are very useful, but you can only have one active at a time. Also at the shrine, you can visit a training dojo to practice your abilities against a variety of creatures without any permanent loss of life and resources, a useful place to visit if you fancy mixing things up and trying different weapons to get a feel before committing to them in the real world. 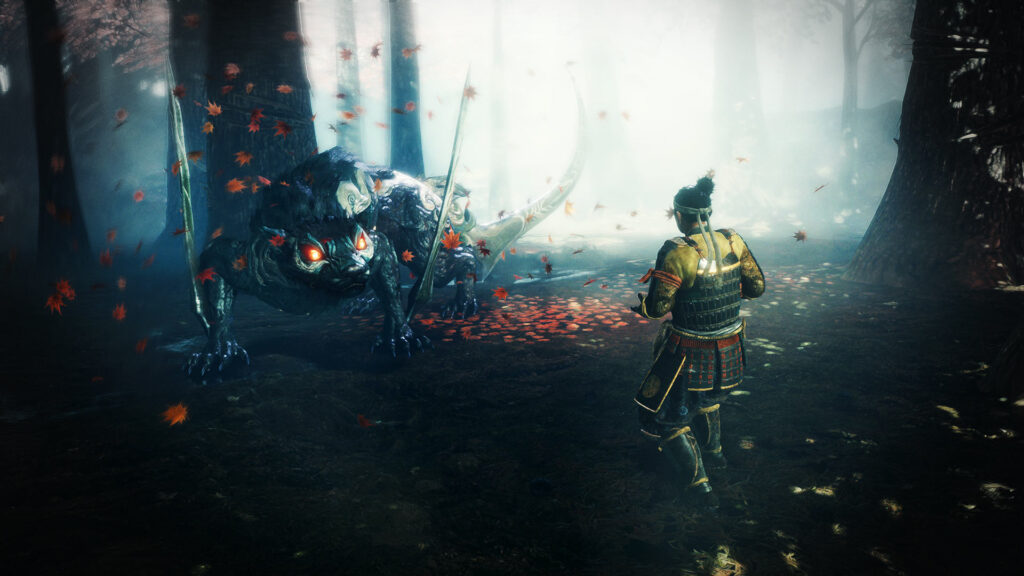 Combat is very satisfying. When dispatching a difficult enemy using a series or combos and timed dodges you get a very fulfilling feeling of being a badass ninja but before long, you WILL die. The game is brutal and pulls no punches in making your suffer. Death itself though isn’t permanent. You do lose any gear that was not picked up and your spirit remains at your death location guarding your Amrita, which is your main go to for super powers and levelling up your character. You get the one chance to collect this, but if you die again then it’s fully lost. There are rare items that you can find that’ll let you recover it if it was in a difficult to reach area, but these are few and far between and saving them seems to be a good option. 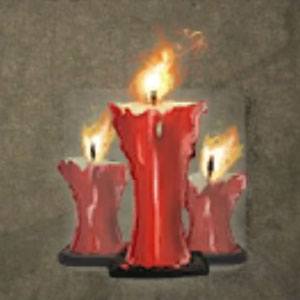 As you collect Amrita, your guardian gauge fills which lets you transform into a powerful Yokai form temporarily. It’s best saving this for powerful foes to help take them out easier, though the effect is fleeting before you’re back in your squishy human form. In all, you’ll have to utilise all of your abilities, human and Yokai, to beat some of the tougher enemies as it can take a fair while for it to refill, especially if you die and lose it all in the process. 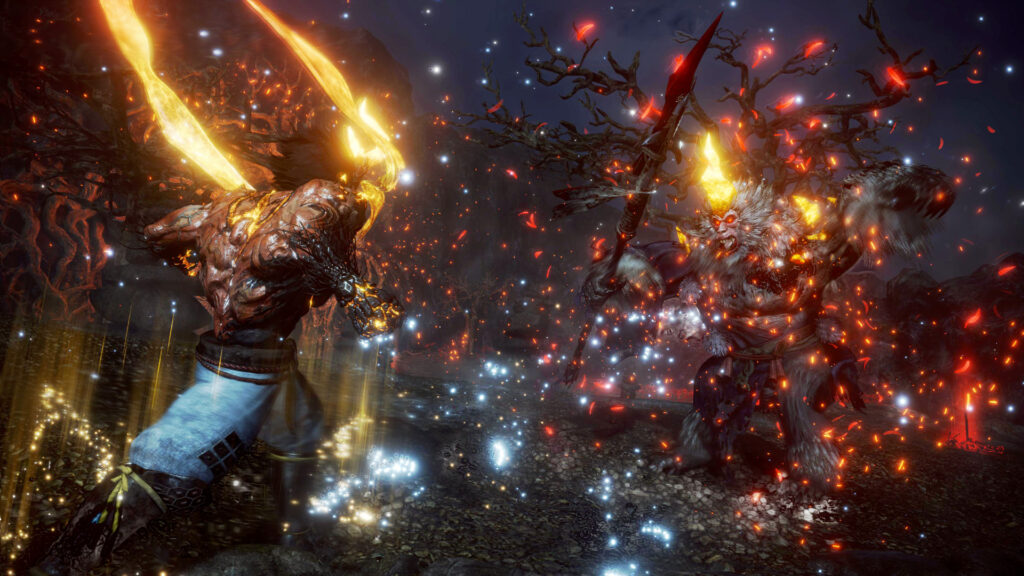 Often on the roads and specifically around powerful bosses, you’ll find glowing red corpses with swords in them; these are revenant graves of fallen players. You can summon and fight these for gear and Amrita, but their skills and weapons will be whatever the fallen player was using, which is a nice touch, you get to see these beforehand too so it’s your choice whether to initiate the combat or not. Alternatively, there are blue corpses, which are benevolent spirits. These let you call an NPC version of a player into your game to help you out but summoning them requires another resource that can be acquired from the bazaar or as loot. 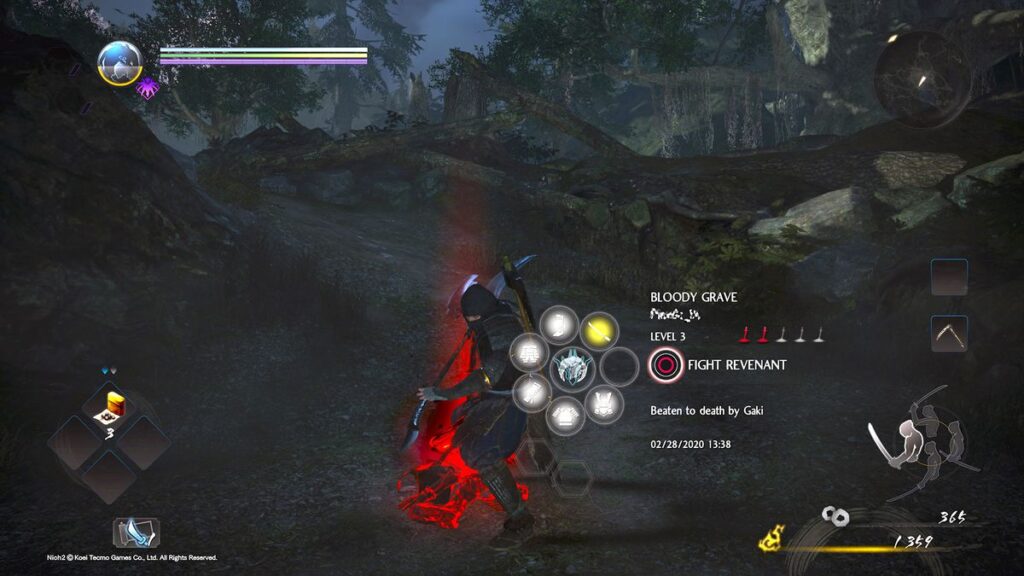 There are lots of hidden paths and alternate routes littered by trash mobs to kill that can still do serious damage if you let your hubris take over. These are the enemies that will respawn whenever you pray at a shrine so knowing what little nooks they’re hiding in and finding paths around them becomes essential. There are some bigger enemies that appear when you stray close to the shimmering energy pools of the Yokai realm, a powerful beastie will emerge but if killed, they won’t respawn and the area surrounding will be purified giving you an area of breathing space. 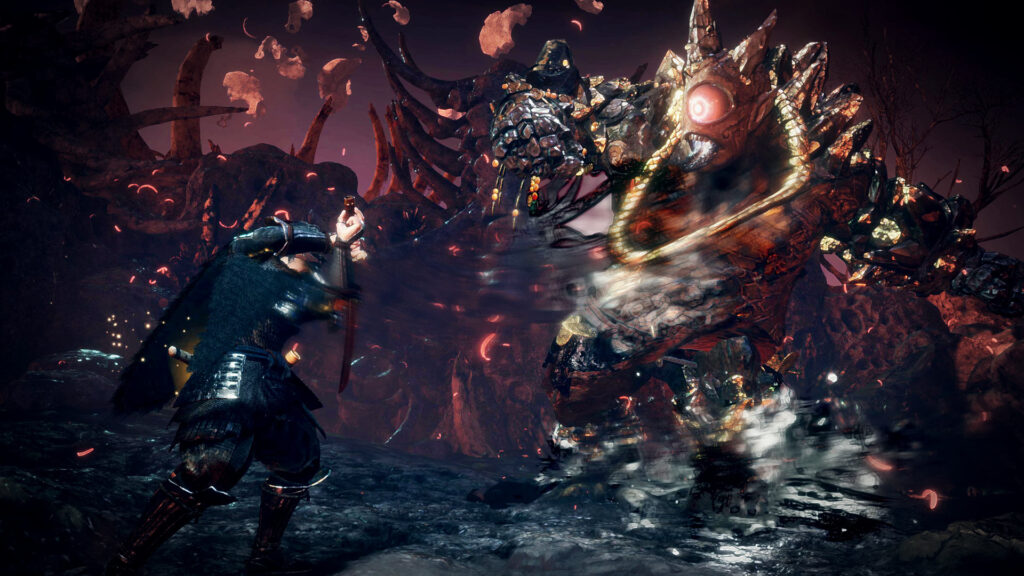 Some of these enemies will drop a soul core that needs to be taken to a shrine and purified before you can attune them, which in turn will augment your guardian spirit with abilities from them for a cost, if you die whilst carrying a soul core then your spirit will watch over it until you return, unless you die in which case it is lost for good. 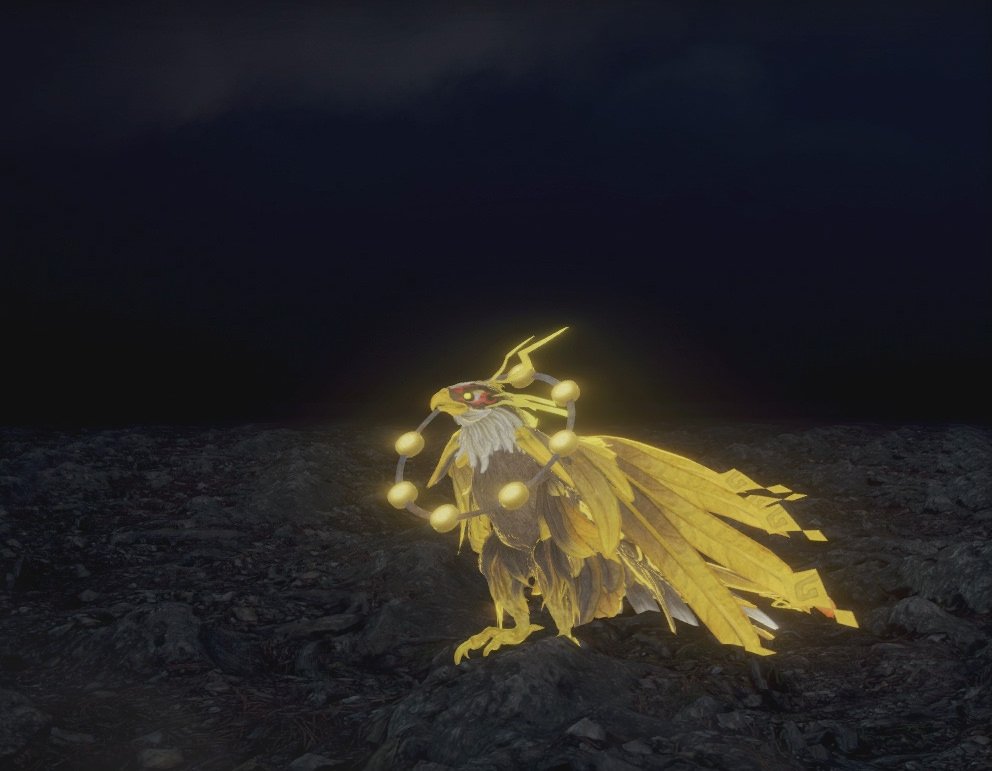 Exploring is key to finding shortcuts and secrets, my most memorable so far was going off the beaten path and finding a creature called a Scampuss, a species of cat who are rotund chonkers and will follow you by rolling around and teleporting if you drop off of ledges whilst making cute squeaking noises. I’m sure there are things I’m still missing though, as interacting with it, and the Kodoma of the shrines, brings up some strange red symbolic text, possibly a further mystery to unravel. 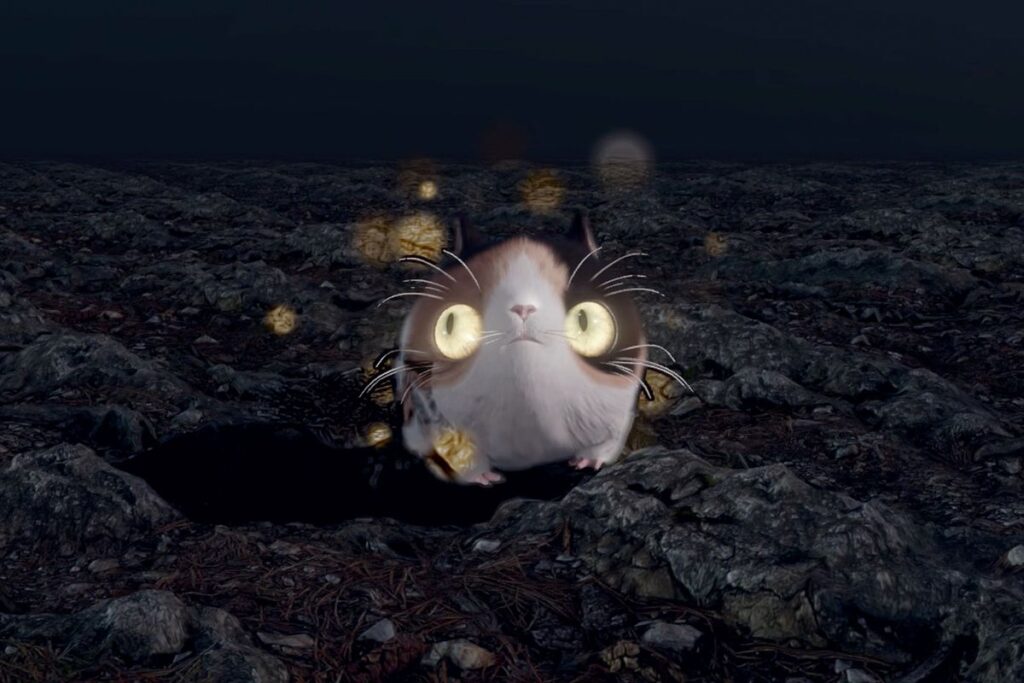 Coming with the PC version is an option to turn on Nvidia highlights which will record your memorable moments, or in my case, my many, many deaths, but it’s a nice addition for when you pull off a spectacular kill or combo that the game finds appealing. 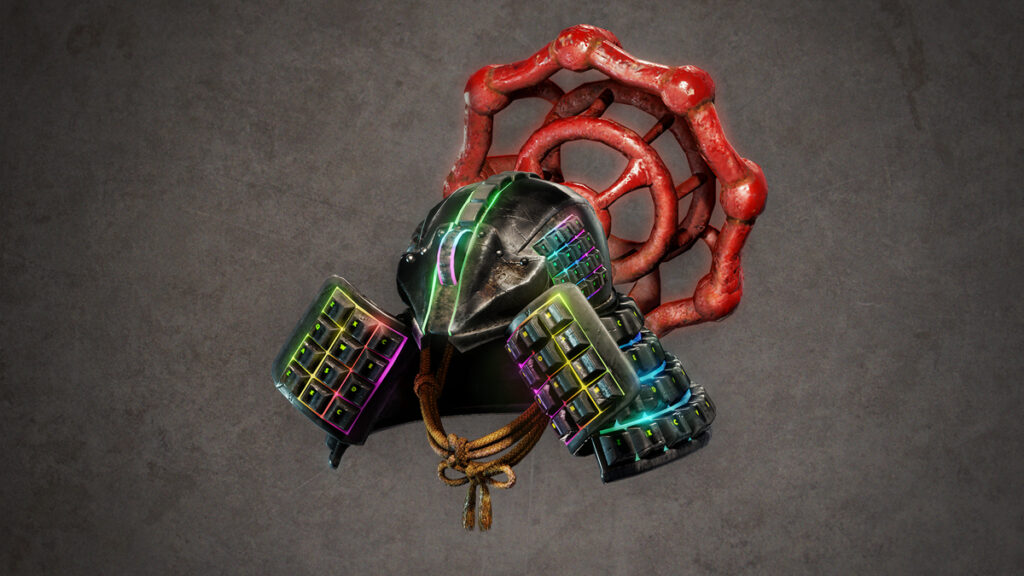 (You can also get the “Valve Helmet” with the PC version.)

At the time of writing, there are reports of performance issues, glitches and crashes. Personally, besides the control scheme icons mentioned at the beginning and one time falling through the world, I’ve not encountered anything truly game breaking or off putting. If anything, I’m thoroughly impressed with how well the game runs, it feels like much more than a straightforward port and has run better than some recent native PC games. It also has a large array of settings including 4K and 120 fps if your system allows it.

In closing, despite all the rage, the heartache at losing progress and resources, the times you get to pull off something amazing really hit the mark in a very satisfying way. You feel that it’s down to learning rather than random chance which is often missed in other games. My hands have now recovered and I’m eager to see what other surprises Nioh 2 has to offer.