Well, here we are back with another Tech review about headphones and exercise and that's not a coincidence, it's just that's how long between bouts of sporadic movement there is with us!

As a runner, I find there is nothing worse than having your headphones yanked out of your ear just when your stride and song match up. So moving to wireless headphones sounded like a no brainer to me, unfortunately I have had nothing but bad experiences with wireless headphones due to going for cheaper brands, my fault I know, but hey, I’m not forking out a fortune for something I may not like.

However after using the PowerBeats 2 for the last few days, I must say, my opinion on wireless headphones has done a 180. I have not had a single case of disconnecting randomly while in use, no issues with charging, and there was no dip in sound quality. In fact, my experience was so good I am now considering purchasing the PowerBeats 3. 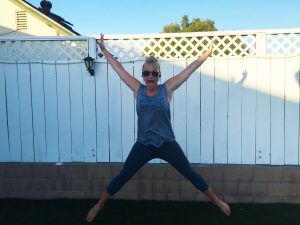 Another thing to consider when deciding between the two models is the weight, I found the PowerBeats 2 were heavier than I expected,  and personally I felt this was a good thing as they felt more secure to me, than EarPods for example. This may be an issue for some customers if they have not worn many wireless headphones before.

The Flexible plastic hook is also surprisingly comfortable, I usually dread the hook style as I find them quite sore on the ears, but the PowerBeats 2 clips are very comfortable, whether its running or walking or leisure use. However for prolonged use, they can become a little bit of an irritation compared to in ear headphones, so I personally would recommend them for sports before casual listening. 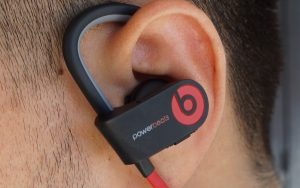 The sound quality is amazing, particularly the bass, and the control on the sound is the best I have ever experienced from a pair of headphones. Listening to “Dance with the Dead”, and similar artists is a treat, however vocal heavy songs suffered in comparison to the bass clouding the sound.

The PowerBeats 2 design, and location of the buttons where a bit counter intuitive, as they are on the opposite side compared to most other brands, which I found initially frustrating. The volume controls are easily distinguishable, however trying to use the shuffle/mute button was a pain, and I found trying to stop music or answer a call to be quite annoying.

Using the mic while running was a nightmare, the dream posed in the famous Siri announcement video for iPhone 4 of a runner speaking to Siri while running, sadly just doesn’t work in reality. Trying to use this function on a Samsung and yelling, ” Ok Google” only made me frustrated while I received odd stares from Chavs and confused looks from the elderly. 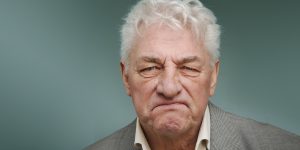 (Look at this running asshole, what are you french?)

Another issue I encountered was (and this could simply be down to the operating system on my phone), other more simple tasks like answering calls and talking became useless fast, as the mic on the PowerBeats 2 headphones, simply put, just wasn’t up to the task.