As I've said many a time before, I am a massive fan of Resident Evil. Some would say annoyingly so. What I love isn't the name but everything the name means to me, and I have said the phrase "Yeah it's good but it's not Resident Evil" more times than a Monkey trainer wipes shit off his face. There are a few things that are necessary for me when talking about whether a game deserves the title "Resident Evil". Story, Characters, resource management, puzzles and that quintessential RE style of spine chilling horror.

Like many of the Indie or cancelled horror games of recent years (see Outlast, Amnesia, Silent Hills, SOMA, Penumbra, Layers of Fear, Alison Road etc etc), RE7 has switched to a first person perspective, a move that originally slightly worried me. It seemed like an attempt to take advantage of the cancellation of Silent Hills and given their track record of trying to force Resident Evil in to a style it doesn’t belong. I was worried that more attention would be placed on making this Resident Evil another re-branding of an already over-saturated style.

I’m glad to say my worries were unfounded. While some styles and some gameplay mechanics are obviously ripped from these games, RE7 blends these with classic Resident Evil mechanics like actually being able to defend yourself and a return to form in all manners of classic puzzles, doors that only open with an emblem/themed key, shotgun puzzles, multi stage puzzles where you need a seemingly useless object to find a clue that’ll open up a box, only to find another seemingly useless object. This mix leaves us with a refreshing take, not only of the Resident Evil series, but modern horror games as a whole. Although, most, if not all of the puzzles felt a bit simplified, I mean at one point you find a clock that has a note on it that says “Same time as the other clocks” and you just set the time to the same time as the other clocks… Does that even count as a puzzle? 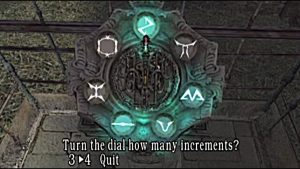 In RE7 we follow yer standard, everyday fella, Ethan Winters as he travels to Dulvey, Louisiana, tracking down his wife, Mia. To his credit, he finds her pretty quickly, unfortunately he also finds himself in a whole load of terrifying shite.

We then make our way through the house of maniacs, section by section, maniac by maniac, occasionally backtracking and every now and then fighting a large monstrous boss, gameplay slowly becoming less and less focused on horror as you slowly get more and more equipped to deal with the situation and defend yourself.

The story itself is great, it’s completely stand-alone and while there is no major direct link to the rest of the series (yet) it is set in the existing Resident Evil universe so it can serve as a jumping on point for new fans and there are a few references to the Racoon City incident, B.O.Ws, and some existing character cameos to keep fans happy and theorising over the future DLC.  But in classic Resident Evil fashion, in order to get the most from the story you need to put a bit of work in. There are 32 files to find in the game that provide some stuff that the main plot only hints at, particularly in terms of character development. 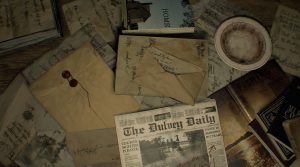 Speaking of, in 7 we are introduced to a host of brand new, interesting characters. Including Ethan and Mia Winters and The Baker family, all of which are very interesting characters, the most interesting to me being Lucas Baker, the son in the Hoodie in the trailer. A psychotic genius, obsessed with robots, puzzles and some murder. Like Jigsaw without the cancer. Fantastic. I’d say the least interesting character was probably Ethan, the character we spend the most time with but in his defence, he wasn’t trained for any of this and handles himself like a champ. If I were the main character the game would have been much, much shorter and involved a lot more crying.

The Mother and Father are also great, the Mother, Marguerite, seems to be the least developed of the Bakers, which is a shame because she scared the ever loving shit out of me and I would have liked to have seen more of her. 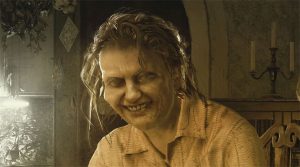 What I found really great was that each of the Bakers utilise a different gameplay style/mechanic to defeat but it leads to my final complaint about the game, telegraphing. As with the puzzles, nothing is ever hard to figure out. The game holds your hand throughout, as you’re introduced to the boss gameplay mechanics before Ethan faces them through video tapes of their past victims (play the Beginning Hour demo) or puzzles spoiled through signs with piss easy clues, or maps with secret passageways circled or a loud squelching sound when enemies pull themselves out of the walls! It just takes me out of the moment to have these handed to me, I would have happily spent a few hours trying to figure out that all the clocks showed the same time other than the one I can move the hands on.

I loved Resident Evil 7. I really did. It’s scary, it has a great story, it adds to the universe, but it lacks the slight B-movie cheese that makes the perfect Jill sandwich that is Resident Evil. Jack Baker makes a few one liners that come close but overall it just takes itself slightly too seriously. That being said, in general it does play and feel like a Resident Evil game and I’d rather it be too serious than having insane midgets or scenes like this.

So I’d say it not only deserves the name Resident Evi,l but it could end up being one of my favourites. I’m holding out till after all the DLC comes out to say for sure.