Every now and again a video game will come along to remind us why we play video games, why we devote our time to the media and The Outer Worlds is one such game.

I was apprehensive about this game right up until the day of purchase. I mean, on the surface it’s everything I want in a game. A story driven RPG that boasts the ability to play it anyway you chose, companion NPCs and a vast Sci-Fi universe to explore, brought to us by Obsidian; a proven talent. But never the less, over the years the AAA video game industry has eroded my trust to the point where I nearly let this masterpiece pass me by. But thankfully I didn’t and I now get to point to something and say “Look! See? You don’t need loot boxes, microtransactions or day one DLC!” all you need is a fun game and The Outer Worlds is exactly that. 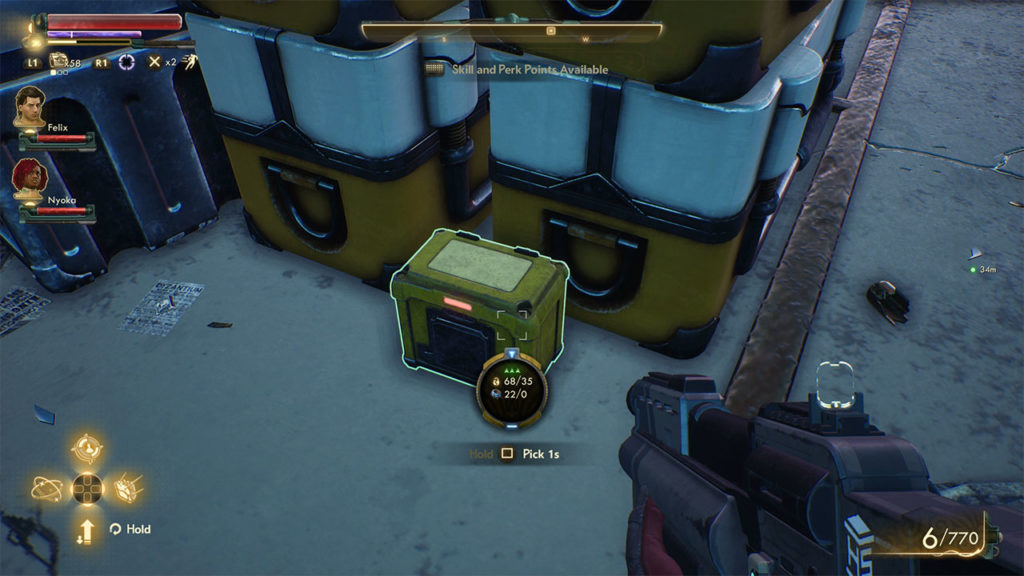 (EA would’ve found a way to charge for these!)

The plot to The Outer Worlds is an interesting one; you are recruited by a mad scientist named Phineas Welles to aid him in the task of rescuing a group of cryogenically frozen colonists, comprised of some of the brightest minds in the galaxy. The hope being that their combined intellect and skills can be utilised in the effort to bring down galaxy wide megacorporations that are draining the universe of all its resources ushering in the end of days! You know that old chestnut. Okay, I’m being hyperbolic for comedic effect (shut up it is comedy!), suffice it to say it’s more nuanced than that but I don’t wish to spoil. After being unfrozen you barely have time to thaw your sack before you’re dropped arse first into unknown terrain with the simple task of find X. 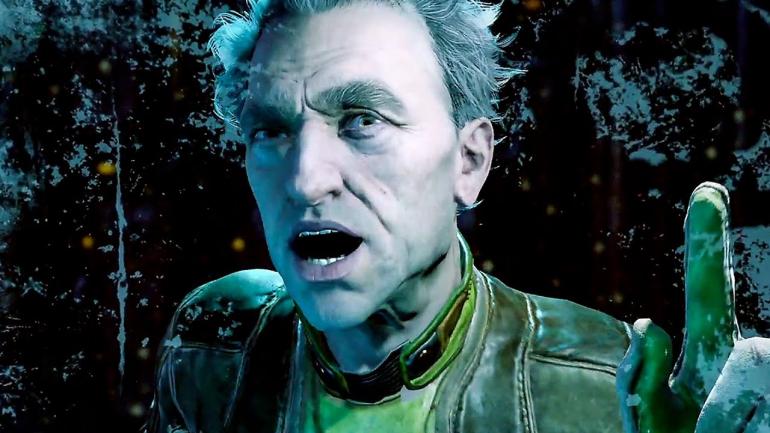 (“You may feel a slight numbness….everywhere!”)

What I loved most about the plot was that unlike many modern open world RPGs lately, it was never lost amongst the side questing or world exploration. It felt ever present, integral to the game and its many worlds. Unlike in Fallout 4, where you’re forced to endure some of the worst “Your Princess is in another castle” motivation, The Outer Worlds’ plot followed you no matter where you went or what quest you encountered. It all felt interconnected, the various planets, ships and space stations  all of them felt unified within the narrative, which is not an easy task; it would’ve been all too easy to bungle and make the worlds feel isolated.

It is clear that Obsidian understand what an open world game should be, open and free to explore yes, but controlled at the same time. It’s all well and good having Ubisoft congratulating themselves at the size of their in-game worlds, but never do you hear them explain why their worlds are worth exploring. Well take note fuckers, this is how it is done, The Outer Worlds has put you all to shame. 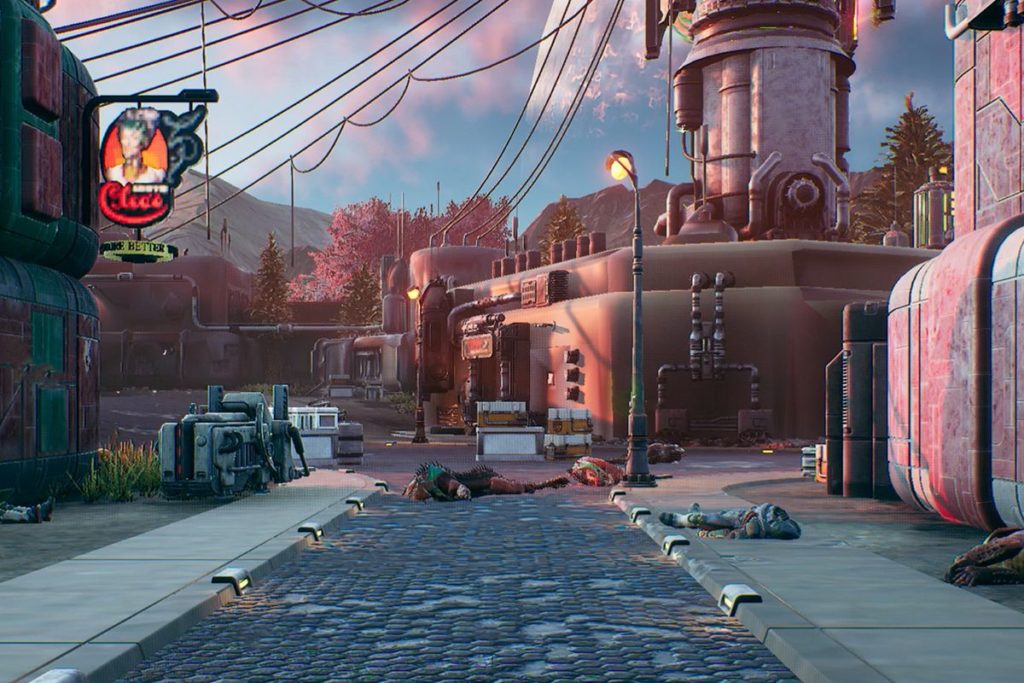 If you’re familiar with the latter Fallout games (3, New Vegas, 4) then The Outer Worlds’ gameplay will be nothing new to you, although if you were expecting the hamburger that was those games prepare to dine on prime cut steak! It is all too clear now how much Bethesda were taking the piss with their games, because I went into this game expecting bugs and glitches, but I didn’t encounter one. The Outer Worlds runs velvety smooth, from the combat to the world exploration everything works as it should. 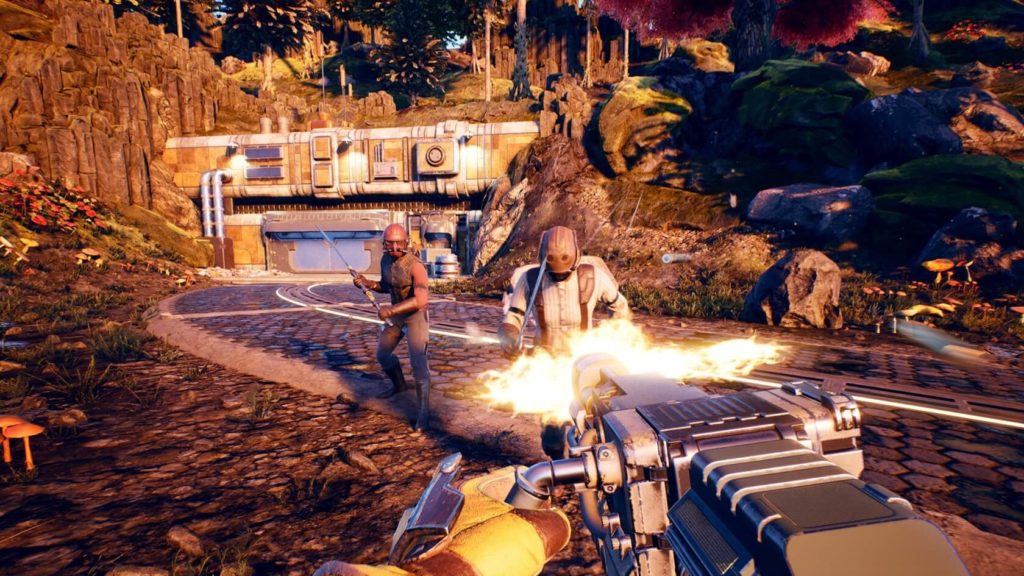 (Never has the mowing down of ones enemies looked to good!)

Like I said before, if you’ve played Fallout 3 or 4 before you’ll know what to expect from the combat, first-person-shooting with a slow time function that is totally not V.A.T.S so stop asking. Although were in Fallout you could only cripple in The Outer Worlds (depending where you aim) you can frighten, blind or confuse your enemies, given the player a sometimes much needed tactical edge. You can also command your companions to employ their special moves, the use of which is based on a cool down system but you can take steps to reduce this by drinking random liquids you find on the ground or invest skill points. 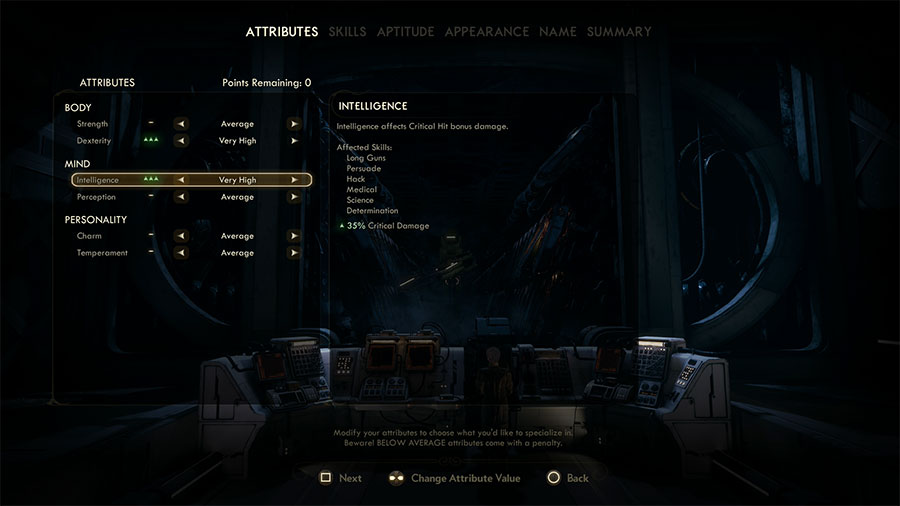 But if direct combat isn’t for you, don’t worry because The Outer Worlds has your pacifistic predilections covered. If you want to sneak around avoiding combat and stealing everything that isn’t nailed down you or if you’d prefer to charm your way out of a fight then God Speed, for once a game has delivered on the promise that “You can play your way”. And if you’re worried that you might become bored, don’t be, the dialogue is so well written and entertaining that boredom is impossible. “But Gerard, What about my XP?!” I hear you cry, well fret not my experience thirsty friends, every speech and talent check passed awards you ever more XP, preventing you from lagging behind. 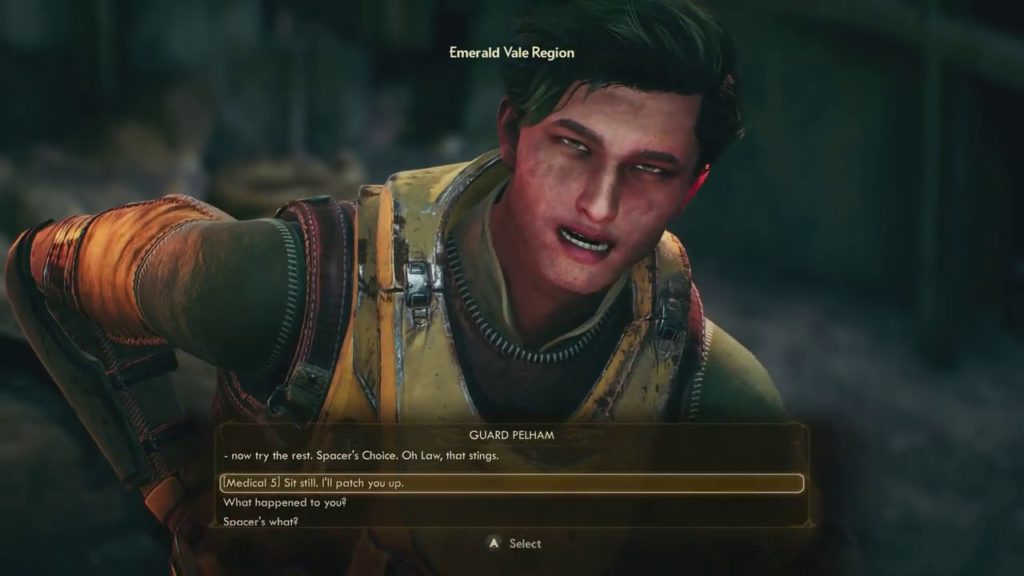 Lastly we come to the visuals, which I thought were gorgeous. Okay you would be hard pressed to call them the best around but they are at least on par with the average AAA video game. But what sets The Outer Worlds apart from other games is its wonderfully inimitable aesthetics; each world you explore feels wholly different from the last. From the landscape to the flora and fauna that inhabits said landscape everything felt vibrant and alive. 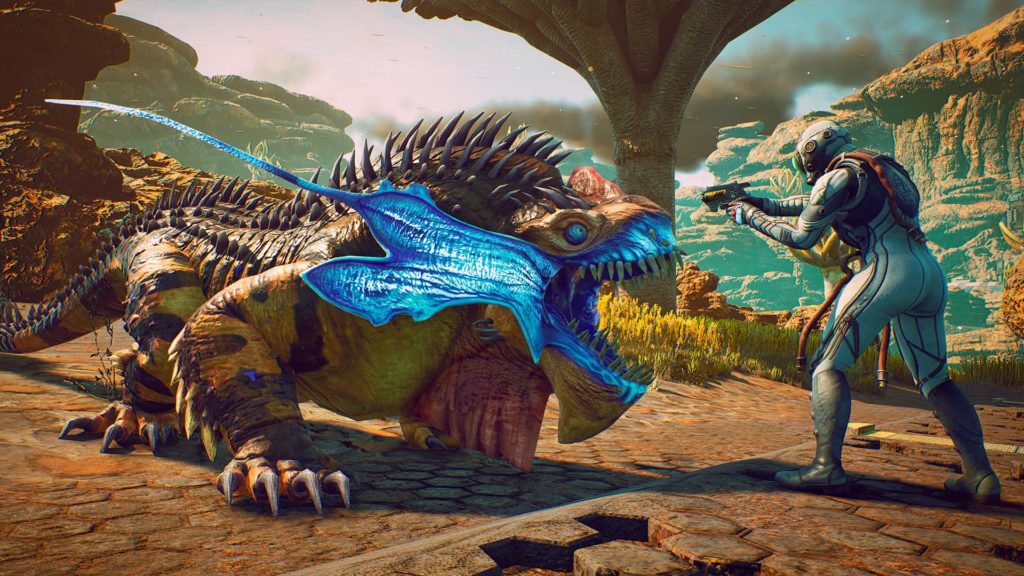 The Outer Worlds is a fantastic game that is well written and fun to play, from the dialogue to the combat neither is sacrificed at the expense of the other. You will meet some of the greatest video game characters within this game, forming amazing bonds as you explore a wondrous universe that you will miss when the game ends. I cannot recommend this game highly enough.