Rejoice fans of classic top-down, RPG’s with a story driven focus, fun & interesting characters all set in a fantastical world, Torment: Tides of Numenera is here to cater to your weirdly specific tastes.

Torment: Tides of Numenera is a classic western role-playing video game, a spiritual successor to the critically acclaimed 1999 game, Planescape: Torment. Tides of Numenera also happens to be a fully crowd funded game, in fact in was completely funded within the first six hours, proving that if nerds want something, they will throw money at it to get it. Now this may be a glowing red spot on my nerd cred, but I didn’t play the original, so this review will be from someone completely new to this type of RPG. 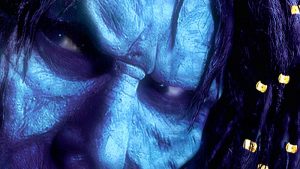 Full disclosure I have not completed the game 100% yet, because quite frankly that would be an impossible task, especially considering how I play RPG’s. I like to run around completing sidequests and stealing shit from locals and selling back to them and over-leveling my character. But I have to say it is one of the best RPG’s I’ve played and I don’t say that lightly.

You play as “The Last Castoff”, a person who was created to be the last vessel to an ancient being known as the Changing God. The Changing God is a creature who has achieved immortality by moving his consciousness from one Castoff to another, but unbeknownst to him, when he leaves these bodies some of them gain sentience. This and other actions have earned him the enmity of “The Sorrow” because of reasons (no spoilers here).  And that’s where your adventure begins; well actually it starts with you falling from the heavens with no memory or pants. This is a story driven game so I won’t reveal anymore. 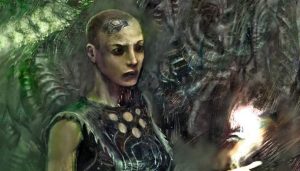 The main thing I liked about Tides of Numenera is that when it says you can play the game anyway you like, it actually means it. If you want to smash and kill your way out of situations then you can, if you want to solve puzzle based missions to avoid confrontation then have at it, or if you simply want to talk your way out of everything, then you do you. I went with charming yet intimidating rogue, to reflect my exact opposite nature in real life and 99% of the time you can talk your way out of everything, my fighting stats were awful, so I found it funny that this small, wiry pipsqueak could intimidate bandits and monsters.

The characters are all pretty awesome as well, each has a well-crafted back story that unfolds as you progress through the game, but it is done organically, not like most modern RPG’s, were characters spout exposition at you if you ask them about their day. However in Tides of Numenera you feel like you earn their trust, by build a relationship with them, slowly over time. 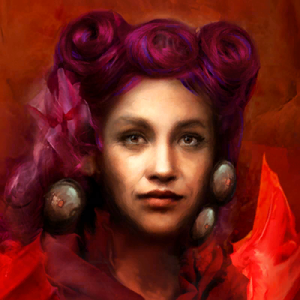 (No I don’t want to talk about my absentee farther, we just met!)

There were one or two issues I did come across while playing, the first thing was the terrain. It is often difficult to navigate your way around an area, simply because it is too difficult to know what you can walk over or what you have to walk around. Another issue I had was a bit more of a pain in the arse, the game would sometimes just fail to register my commands to interact with things like doors or chests, and this was especially annoying when I had just entered a one way room or cave. And finally, when in combat the game has an awful habit of switching to the next characters turn for a split second before returning to the original and on more than one occasion this has led to me fucking up a command because I thought it was the warriors turn not the fucking healer’s. 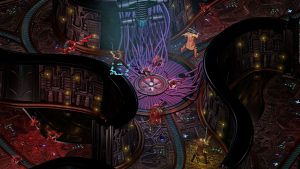 (I said ask for directions, not punch her in the tit!)

Overall Torment: Tides of Numenera is a great game, it may not be breaking new ground, but it is still very original, the gameplay alone is worth experiencing this game, you’ll find yourself retrying certain scenarios just to test different tactics. You also have some terrific characters and an amazing world to get to know, all in all, a fun game to play. Worth playing if you love classic RPG’s.