A video games about  a world contaminated with toxic fungi, staring a little girl….haven’t we been here before?

The world has been contaminated, toxic spores have spread across the planet, and those infected have sprouted a fungus that has led to the devastation of humanity. Your job is to keep a young girl, perhaps the only one of her kind, alive, and survive a barren post-apocalyptic wasteland filled with savage creatures. No I’ve not been replaying The Last Of Us; this is the premise for NIS America’s latest sweet yet sombre adventure (and a real pain to spell), void tRrLM(); //Void Terrarium. You play as a lonely little maintenance robot named Robbie who looks like an amalgamation of a chunky ‘90s pc monitor and robo-dog toy (I want to say, a Poochi?). 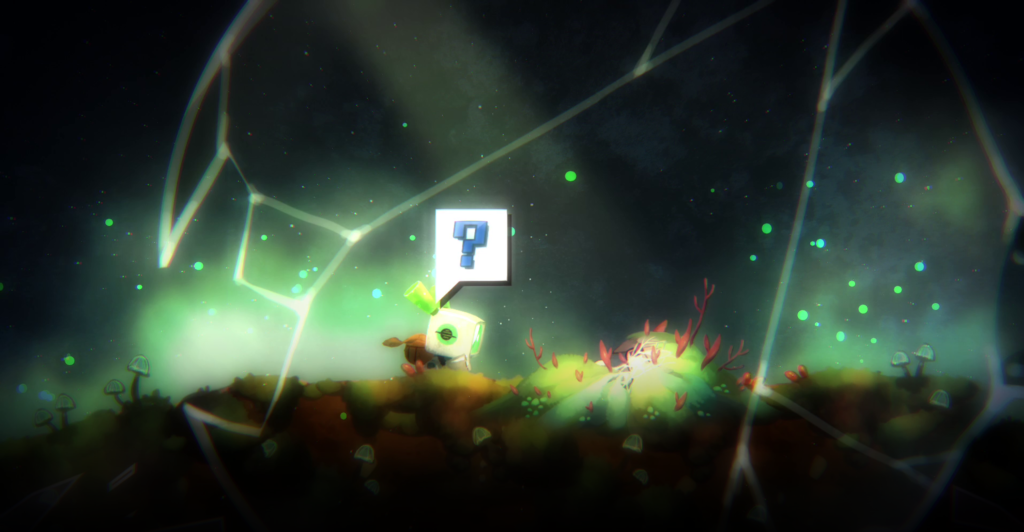 After waking up from what we can assume was a long state of dormancy (with the help of a nosey little mouse who jolts you back to life but gets fried in the process) you meet a girl named Toriko, cocooned inside a broken glass terrarium atop a scrap heap, and barely alive. Thought to be the last human left after the infection forced all of humanity underground through the so-called Subterranean Expansion Initiative, Toriko is highly susceptible to the alien environment outside of her broken bubble. It’s therefore up to Robbie to wade into the harsh unknown and bring back supplies to nurse her back to health. 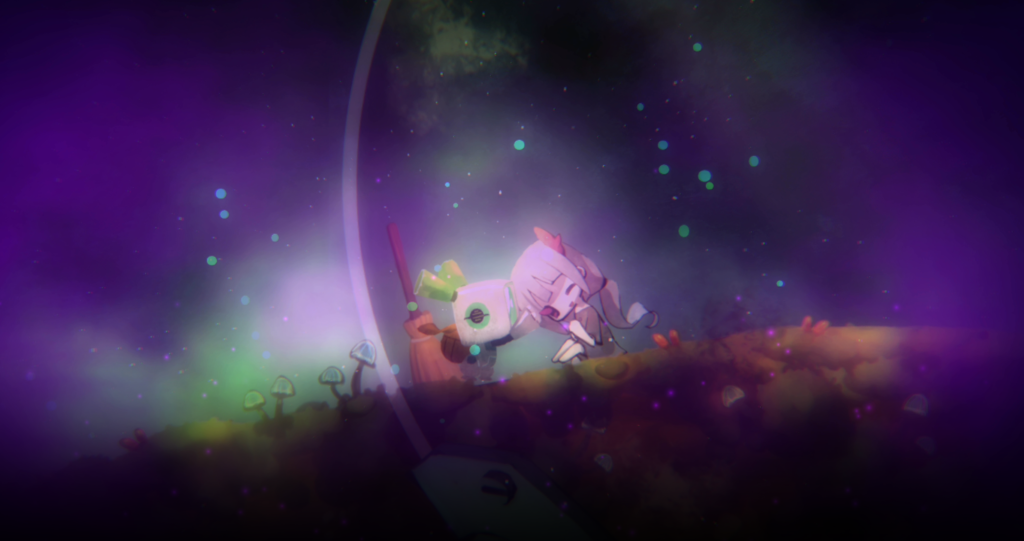 Your only companion is an equally lonely computer known as factoryAI, whose bursts of happiness and tears are emitted via a binary code, green screen face which made me feel surprisingly sympathetic towards a discarded inanimate object. Because Robbie doesn’t talk, it’s up to AI to give you the lay of the land, and having been powered down for an eternity, he’s more than happy to oblige to help save the girl, and quite honestly, just to have a new friend to talk to. Damn cute robots making me feel things. 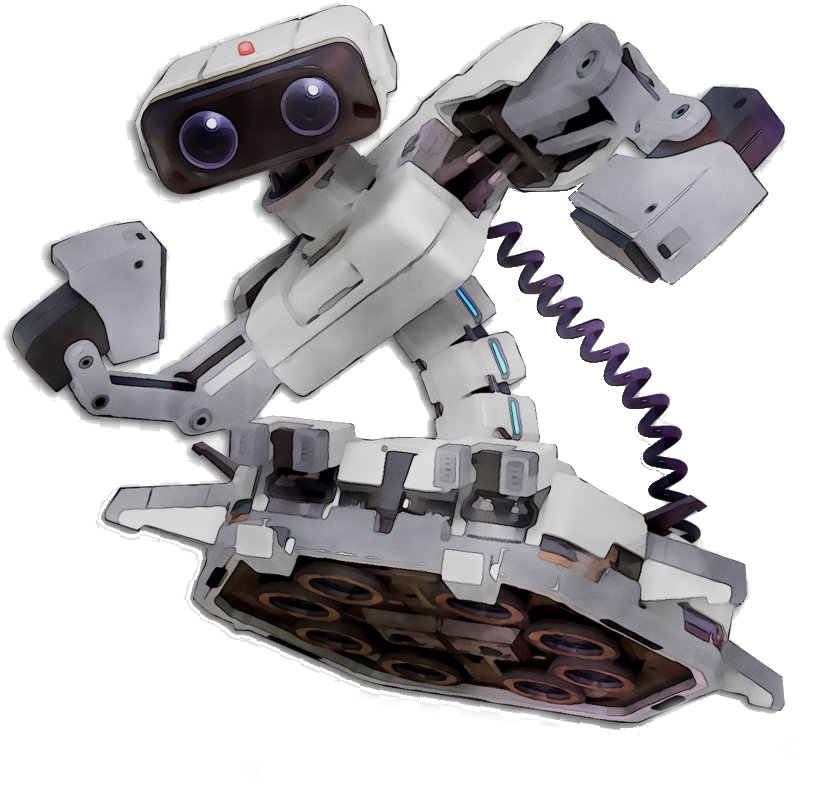 (I blame this guy for my love of Robots!)

The bulk of the game takes the form of a rogue-like RPG set in levels of underground tunnels, selected from a map which opens up with new areas as you move forward. You’ll need to journey back and forth through this wasteland to find resources containing valuable survival materials, which can be used to administer food or medicine to Toriko or build useful equipment with the help of AI’s smarts and eventually fix up the terrarium. These areas are crawling with machines and strange Pokémon-like creatures which you’ll battle via a turn-based system and can get pretty challenging over the course of the game. Its rogue-like nature also means if you die, you’ll be sent back to the start and lose any progress you’ve made from that mission, so be sure to use your resources wisely! 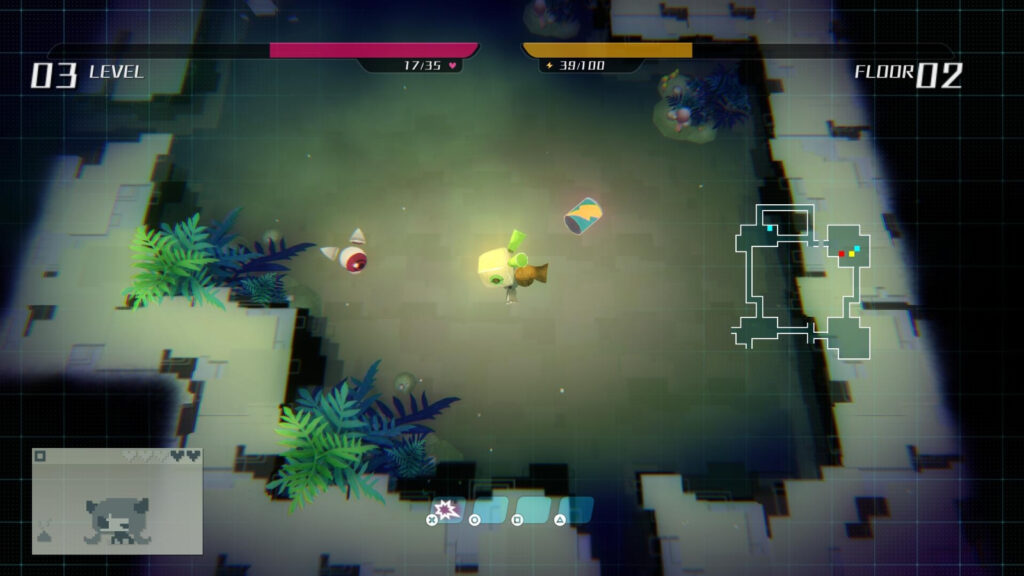 The controls are simple enough to grasp and in the opening sections of the game, the levelling up system feels fairly generous, allowing you to select from a choice of boosters as you go. You’ll also find useful items like batteries and grenades which can be equipped to improve your health or deal further damage to some of the more challenging enemies. 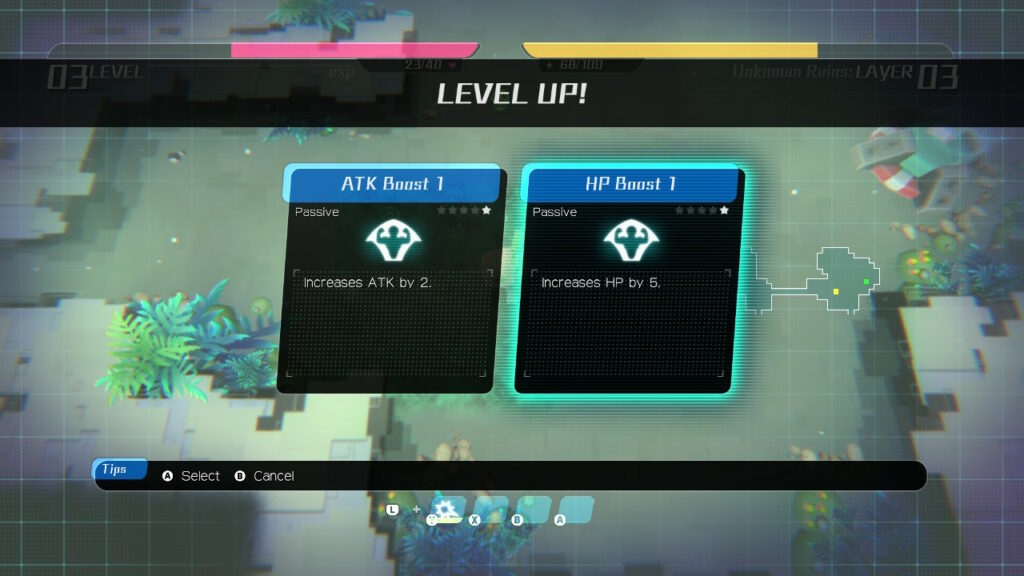 There’s a Tamagotchi element to the gameplay, which would have been obvious even without the very loud joke about how humans were at one time fascinated by a pocket pet simulation game called Pet Nanny which was used to teach kids about responsibility. As you progress, you’ll be able to keep a close watch on Toriko via a handy monitor which lets you know where her health is up while you’re out collecting materials. Anything you do collect is deposited safely into a vault but you’ll need to be careful there too as some items will spoil if left too long. 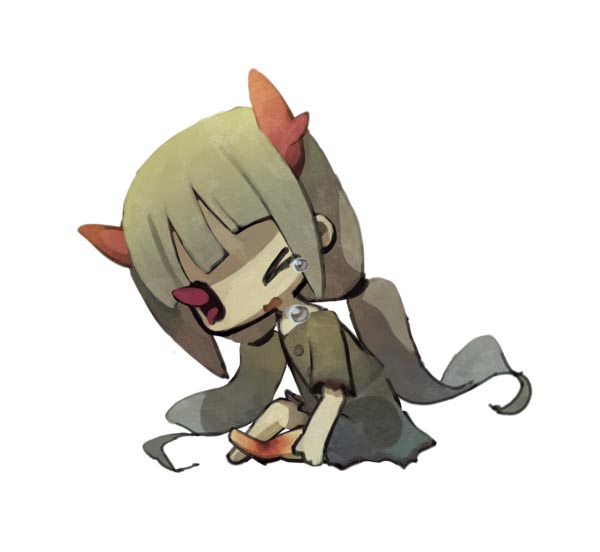 While the constant scavenging did feel repetitious due to the dungeon style staying pretty much the same throughout, albeit for subtle environmental changes like different plant life but also incremental challenge levels and different enemies, the game’s story and dialogue, which can make you feel in equal parts happy and sad, were there to pull me back in for another trip. 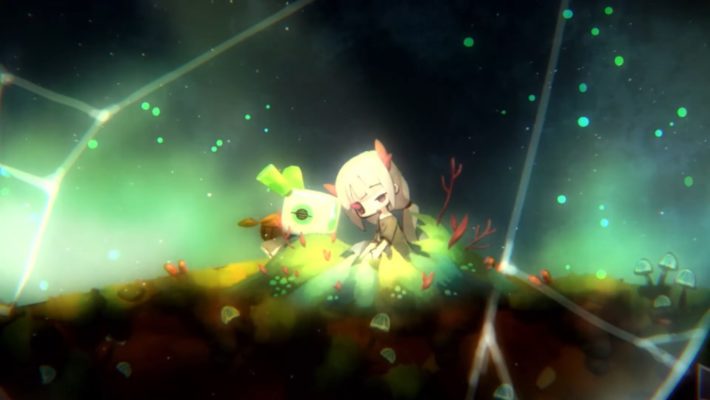 Void Terrarium’s art style makes every toxic spore and green mist appear so beautiful, you almost forget that you’re roaming around a dangerous and polluted world. The atmosphere also benefits massively from an often quiet, synthesised soundtrack which adds to the feeling of mystery on this desolate planet. The character designs are simple but manage to pack in a lot of detail; AI, the real star in my opinion, conveys so much in his short lines of whimsical dialogue about his melancholic existence, despite looking like little more than an old CRT monitor. Perhaps that’s reading into it a little too much but every time innocent AI opened his heavily animated binary code eyes it made me want to cry and give him a hug. During the dungeon crawler elements, the art style is naturally more simplified for its top down perspective, and while it doesn’t offer the most sophisticated looking environments, there’s enough there to keep exploration interesting. 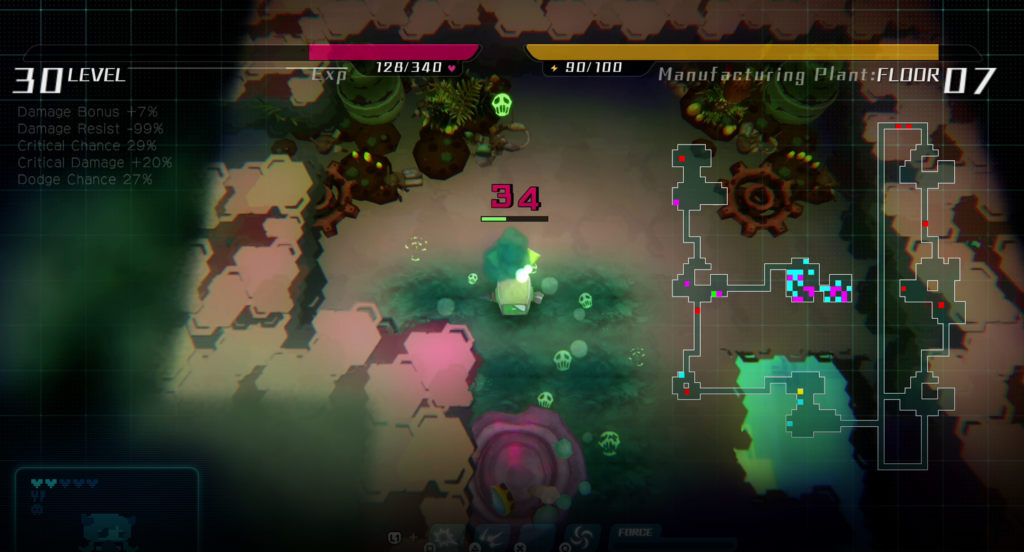 Having played NISA’s Destiny Connect: Tick Tock Travellers last year, a game which adopts a similarly charming aesthetic but raised some interesting themes about the relationship between humans and technology, I went in expecting a similar awareness from Void Terrarium’s take on a tired end of the world theme. True to form, the game offers much more depth than its cute box art lets on. The story, on the surface, is a sad one but the way it is told through dialogue between two forgotten robots trying to figure out how to care for a human child, makes for a very sweet and often joyful narrative.

If you’re a fan of mystery dungeon style games and robots that tug at your heartstrings, I’d recommend checking this one out.