When you get the strong urge to punch your neighbour for parking in your spot, or to roundhouse kick that one kid that just annoys you, but you can’t do either because it would be “very impolite” or “illegal”, then look no further for your expression of rage than KoF 2002.

KoF 2002: Unlimited Match is a remake of the KoF 2002 game released way back in, well 2002, but with updated features, new layouts and what may be additional characters. I never played the original, and I’m not very familiar with the KoF franchise beyond playing a few rounds with some friends back in my days of youth. Still, I’m always up for some 2D slobber knocker action, past or present, just so I won’t dropkick that annoying little shit that annoys me right off the fuckin’ planet. 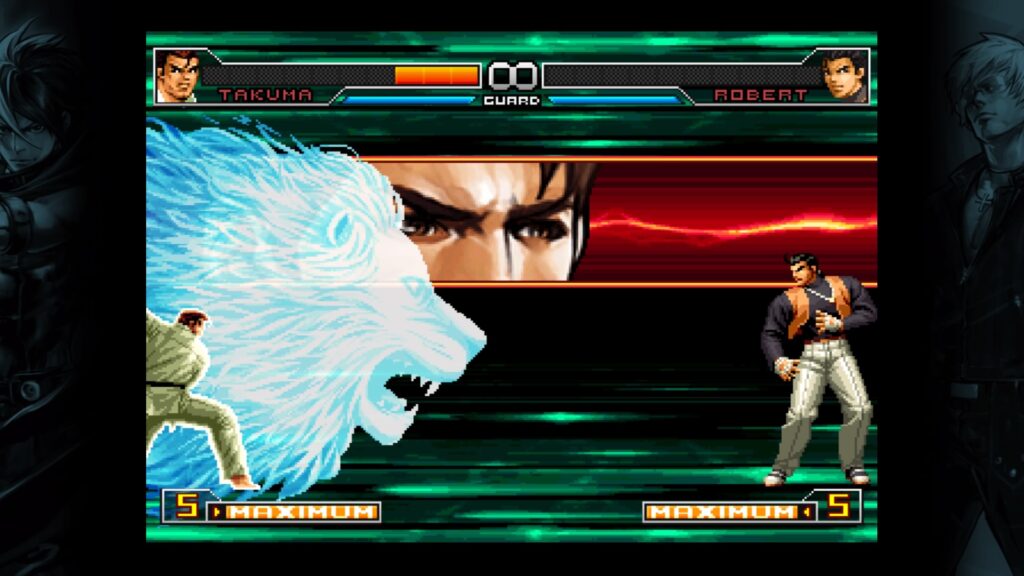 (“Sorry, what’d you Say? I couldn’t hear you over my Massive fucking Lion BLAST!”)

I got myself good and ready before starting my first match. I done my stretches, went out and hit the bag a little, watched Bloodsport and then trash talked my wife for a bit, and after brief few days of being grounded I finally got to have my first few…twenty or so attempts when I hopped into the mode where you fight your way through different stages until you reach the final opponent. 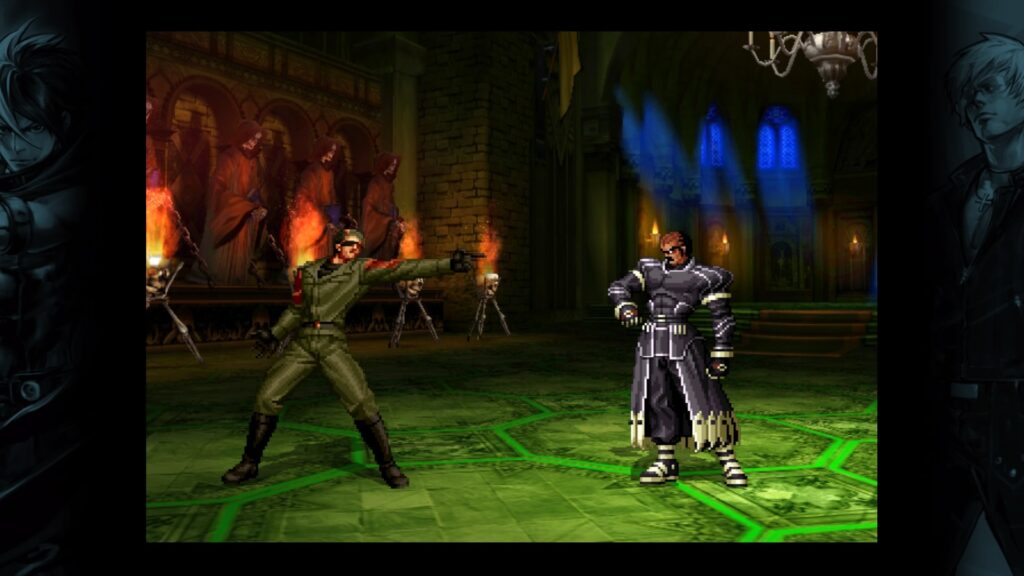 (“10 years of combat has lead me to this moment! You will pay for eating the last Yogurt!”)

At first glance this resembles a typical Street Fighter-sequel classic arcade game, which wouldn’t go amiss with a joystick and a few large buttons, with everything being very similar in terms of presentation, all the way down to the sometimes-awkward button combinations. Being a 90s kid, you can bet your backside that spent time wasting someone else’s money on the machines that light up, just so that I could get my ass beat by the superior AI. There was almost an addiction, like gambling on a slots machine, that no matter how many times I lost I just couldn’t help but try again, and perpendicular to that was the same drive on this PS4 remake. 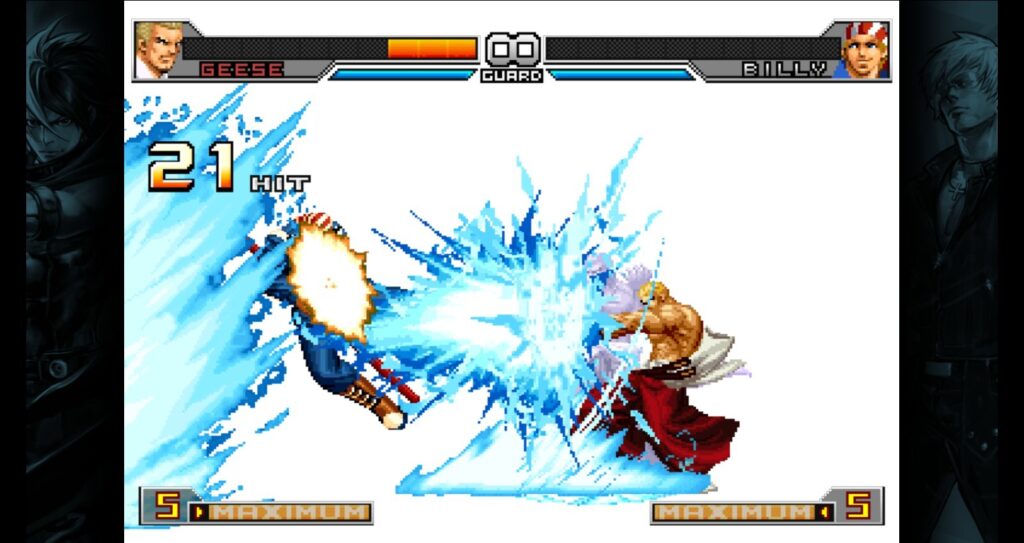 The main menu provides a full selection of multiple modes and their alternatives. For example, I could select to play the “Single Play” mode, mentioned earlier, where I fight progressive battles, the best of 3, against random opponents in a 1v1 match. Winning allows me to move forward, but losing means deciding whether or not to continue, and if I choose to carry on and remove the shame of defeat, I can select a new character in order to try someone different. My pride wouldn’t let me at first, but I discarded such a notion pretty early on because it just held me back, making sense to pick someone that matched better against my enemy. 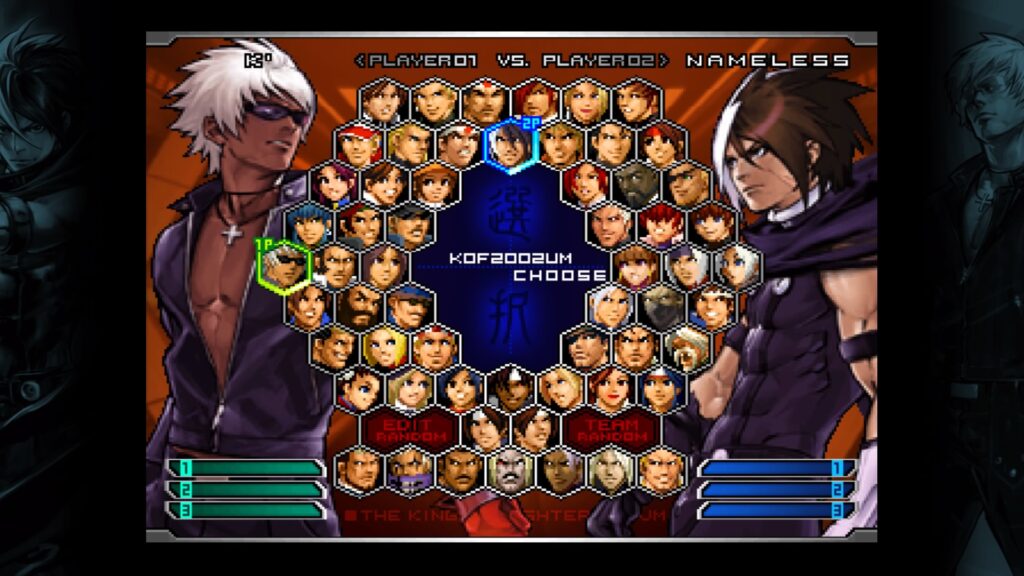 Alternatively, I could have went with a Team Battle, and selected the different players I could fight with, but rather than fight through standard rounds, every player has one go of it. So, I chose three at random, not being familiar with the fighters, and would fight the enemy team, one at a time. Winning the first fight meant fighting the next opponent with the health I currently have, and if I lost then I would then fight the winner with my next combatant. It mixes it up a little, although I wasn’t sure if there was a means to switch mid-fight, but that would probably defeat the purpose of the mode. It is possible to play single matches, selecting the opponent as well, which was how I spent a few hours practicing, because I didn’t know who to keep an eye out for, being new to this particular franchise. But it allows plenty of freedom to mess around and fight away to get into the “swing” of things, especially since busting out the special moves whilst under pressure is probably Dark Souls level difficult, if not worse. 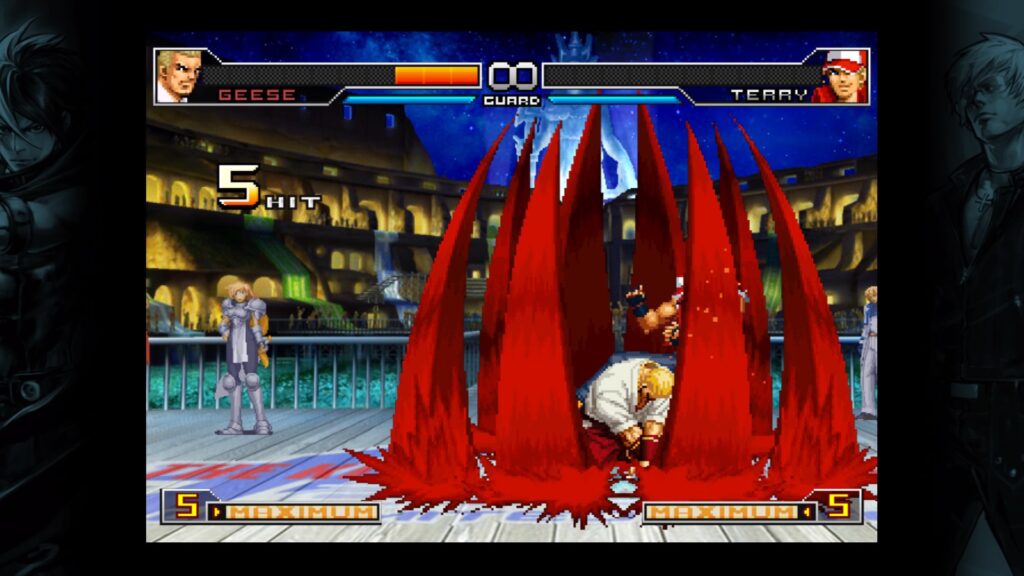 I limited myself to the Single and Team battles at first, and eventually went to play online to see how I’d fare against some veterans. It turns out I’m not too bad at button mashing, as with every third attempt I would use a special move. Unresponsive controls or poor motor skills? I’ll let you decide, but I was quite good at Street Fighter back in the day, which I would say was hard enough to get through without wanting to Rock Bottom your controller onto a concrete floor. The fighting itself is superb, very fast paced and accompanied by an amazing score of action tunes that blast away from start to finish. It’s quick, upbeat and, and the attack sounds do a lot of justice in making me feel the powerful impacts of each hit. 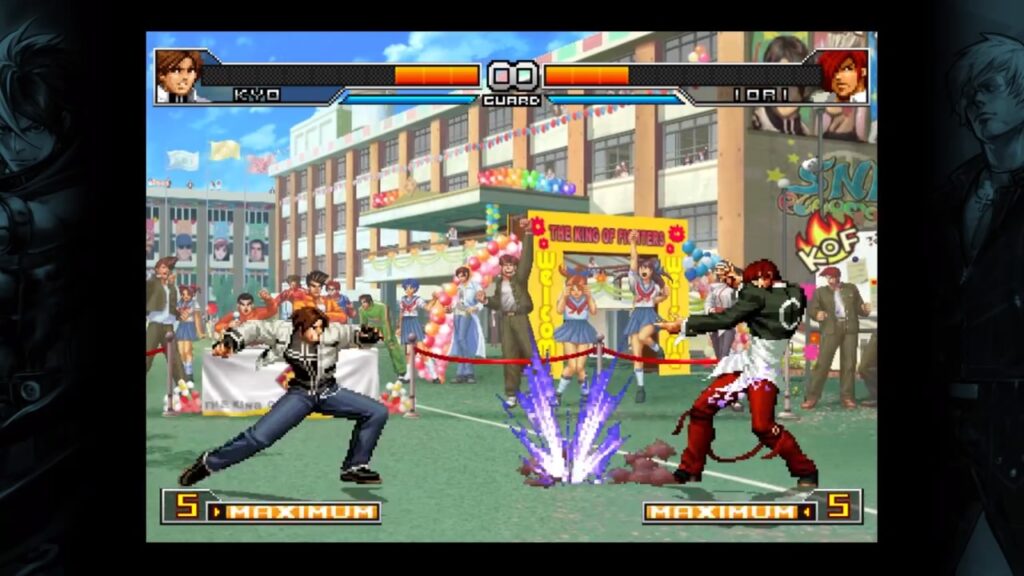 (“Are you lobbing energy blast at me to beat of ‘Staying Alive’?”)

Having been involved in martial arts for at least 15 years I always keep an eye on how each technique appears, making sure the variety of styles are properly represented, and settling for nothing less. Although I could never even imitate half of the moves here, even with another 15 years, I was very happy with what I could see. The mix of moves and fighting styles are spectacular, even if some of them do overlap a little, with some characters performing the same special moves. That’s nothing new in fighting games, as we’ve always had characters that looked like different versions of each other, with similar move sets, although there was typically a story related reason behind that, nothing really exists for KoF, not that I could see. I didn’t care anyway; I recognized a lot of real-life martial arts and gravitated towards specific characters that looked like I would be good with them. 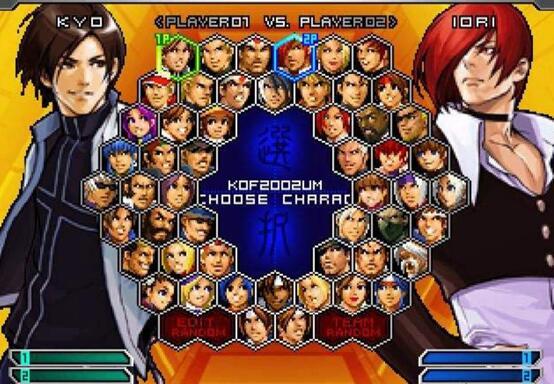 In terms of content there is about as much as you could ask for from a fighting game that originally came out 18 years ago. There are some different game modes that I haven’t tried, like the “Endless” mode and a Challenge mode, and it would be safe to assume that the online aspect is probably new too. What KoF also does is that every character is unlocked from the get-go, and it is a large roster with plenty of unique characters, although there are some that do resemble each other and some moves will overlap, but as mentioned already it’s a trope that happens in all fighting games. 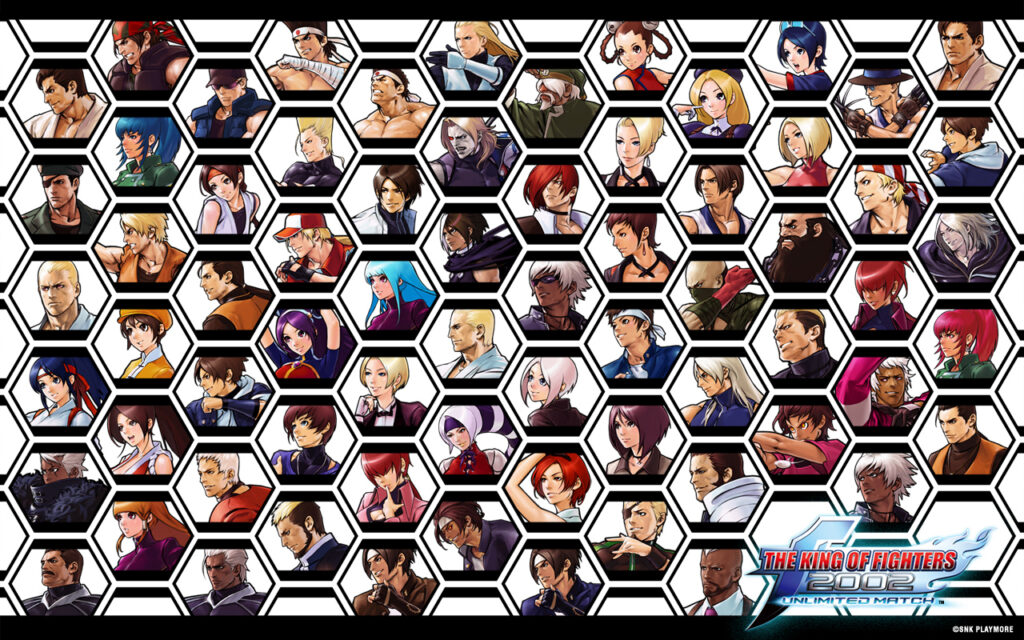 I would have liked some characters to be locked, unlocking them by completing the different modes with under certain parameters, as it would be more of an incentive to try out the full game, at different difficulties and using different fighters, another reason to explore. What I can really praise the game on in terms of character selection, and it’s a shame we have come to this, is that no character needs to be bought separately. I loathe that method so much and it’s the main reason that I have not picked up another Mortal Kombat game since MK: Armageddon. There should never be further monetary transactions to expand the roster, ever! And it’s just a nuisance that this even has to be praised on a different game. It’s like praising someone for not dropkicking an annoying kid, like rewarding someone for just carrying on with normal behaviour, just because there are those out there being greedy assholes. 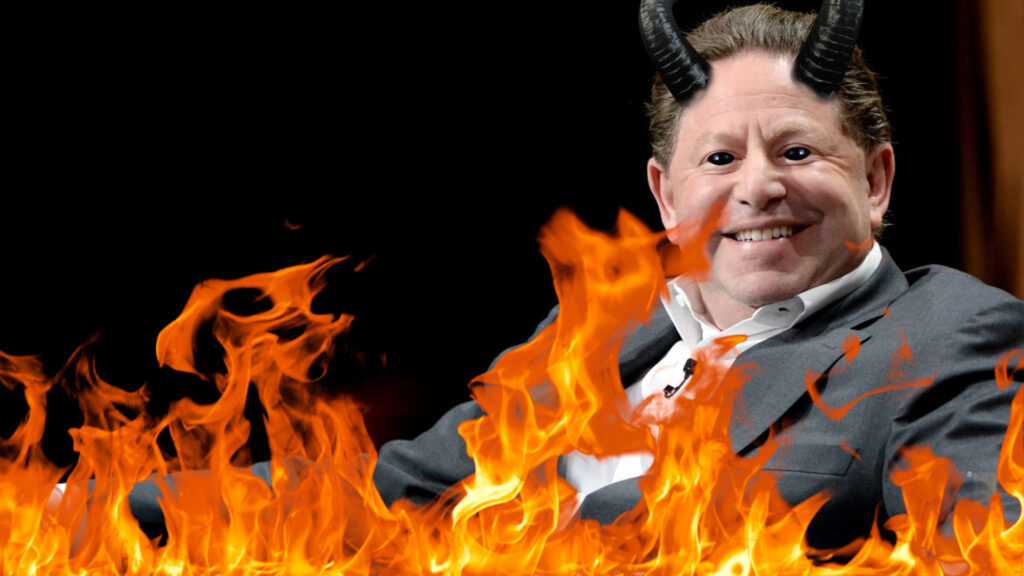 The graphics do closely resemble the 2D side-scrolling of old, and the remake has kept that look. I know many franchises changed to the 3D cell-shaded paintjob, but I think there is a lot more of an artistic flair in what looks like a comic strip. The stages and their unique backdrops are really cool and of course bring a little bit of nostalgia, as there is usually quite a lot going on the background, like other martial artists stretching and posing, or fans jumping up and down. 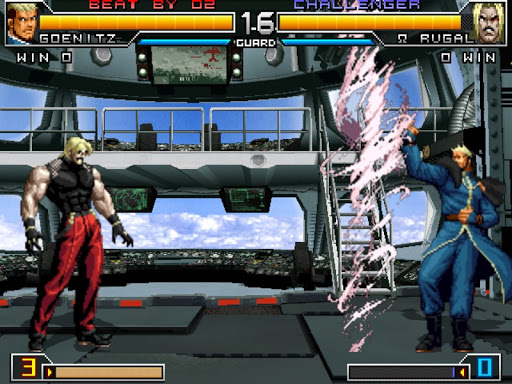 (Any minute now the Avengers will team up!)

Of course, the collection wouldn’t be complete with the massive religious temples that seem to span for miles, or the weird science locations that just make me curious as to what’s going on around me. Like I said earlier, the animations are mwah **chef’s kiss**, and only further enhanced by the flashing lights of a special move, the blur of someone moving quickly and the various reactions to getting thumped. There is never too much happening on screen at once, and despite all of the special effects they don’t intrude on my vision, but rather they emphasise the inhumanly strong and fast combat that you would normally see in most anime shows. 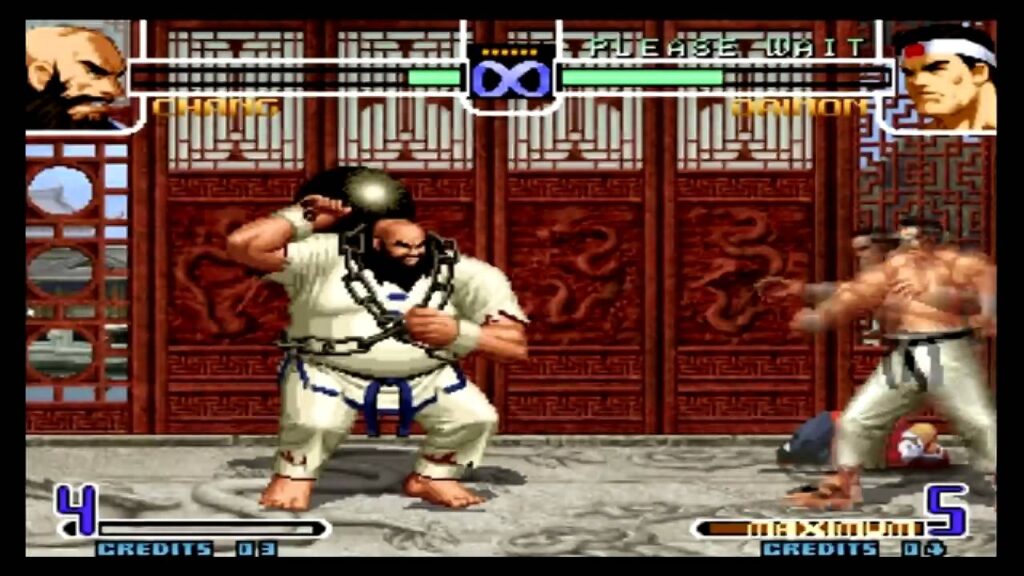 (“Why Grandpa, what a big everything you have!”)

It would be highly recommended to change the difficulty early on and use the Practice mode to try out the different moves. Fighting through the stages right off the bat humbled me quickly until I learned what buttons to press, despite being very similar to other fighting games, because some opponents almost seem to have God mode activated, and this is where I felt some of it was a tad unfair, and not because of a lack of skill. 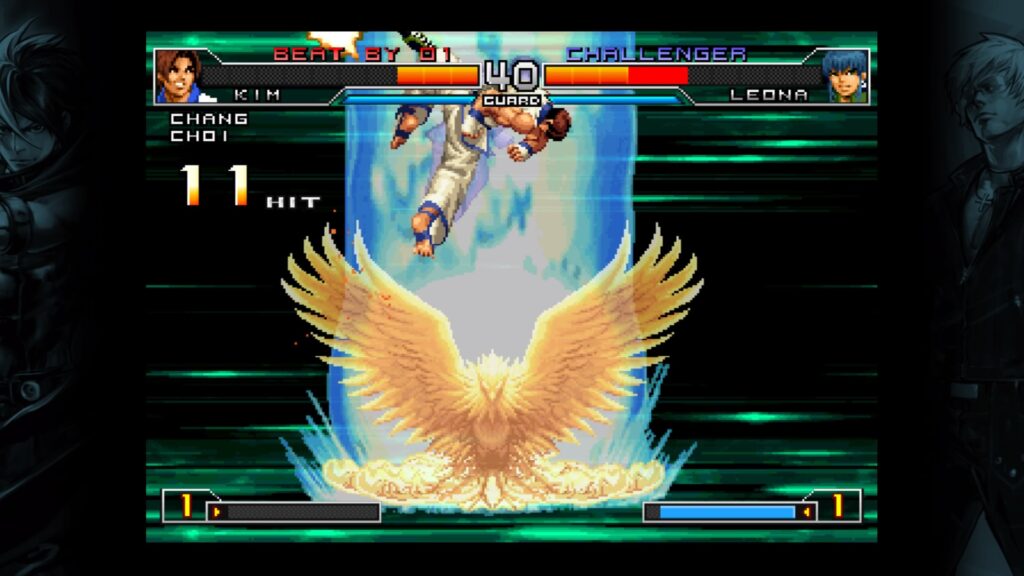 (“Hey! We said no calling on ethereal forces, that’s cheating!”)

There were many times I thought my special move would have landed, but the enemy initiated theirs afterwards and it caused me to be the one that lost health, and the enemy can move ridiculously fast. The computer can pull off all of the crazy moves, very quickly, and almost seems to react seamlessly to the button inputs. I lost the blood to my hands a few times around the start for holding the controller with a Kung Fu grip, so save your hands, play it safe at first and work your way up. After playing online for some time too I found that even the players high up on the leader boards just tend to be great at button mashing, which seems to be the only way to move as the computer AI does. 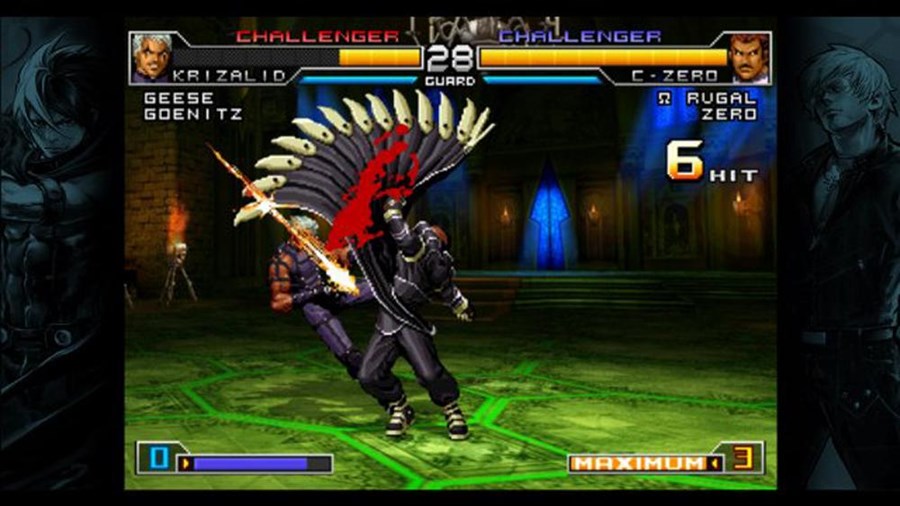 It’s still beneficial to the mind to jump back into a familiar looking world, where everything was simple. You didn’t need a lot of buttons, just the attack and move. To grapple you stay close and attack in a direction, to strike you press any of the facing buttons, and to use variations you press two together or hold a direction. You can jump or crouch to change your angle of attack and from there begin to mix things up. It’s straightforward, but it can branch out and introduce you to a thrilling adventure that manages to relieve you of a lot of stress, by replacing it with another kind of stress, but in a fun, gaming sort of way. 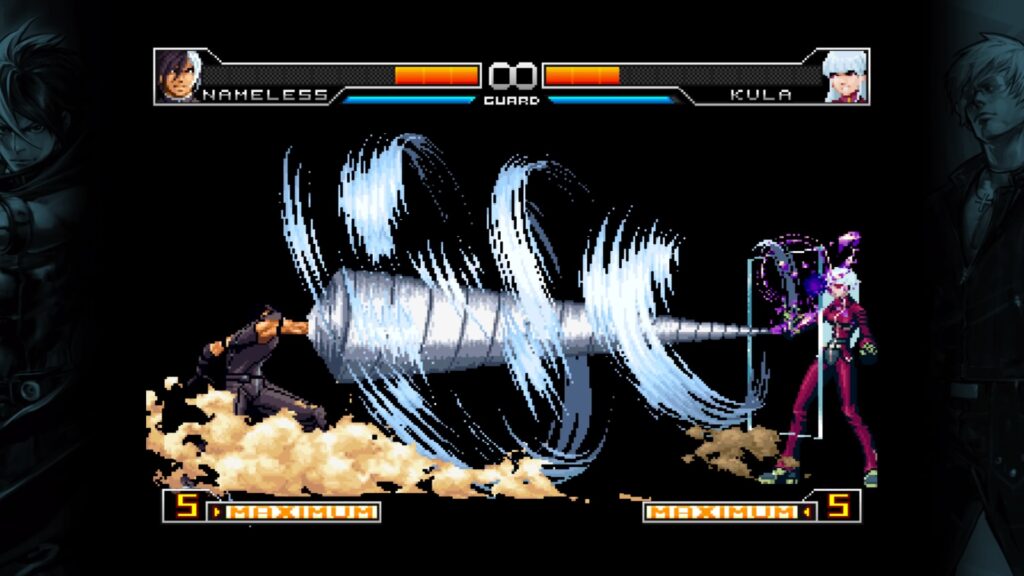 I played this for some hours, and even though I have a large library of games that I go through, I think games like this always deserve some time, because they are convenient. You can just jump ahead straight into a few fights, you don’t need to worry about spending more money, or extra time unlocking anything new, all modes are available and if you fancy playing with a friend you can start an online match and make a new fried, or a few rivals. Although the characters seem like they were in other games, and some look like recoloured versions of each other, there are a lot of different people to choose, and there are enough modes to play that you aren’t just doing it for the daily grind. My recommendation, personally, is get the game, it takes up very little space, is easy to just pick up and get stuck in for a few fights, and easy to leave and do something else. Except, you will probably not want to out the controller down because that asshole that keeps beating you resembles that really annoying kid and you just want to Crane kick him to oblivion.