I’m sure you’re all aware that Sony recently revealed their design for the Playstation 5 controller, and I’m also sure you have formed an opinion one way or another about it. I’m not here to discuss whether it’s good or bad, no, what I’d like to do is take the piss, like I do with most things in life. And after reading some of the online comments I thought the best way to do that would be in the form of an angry basement dwelling kneckbeard. Bear in mind, that this is satire, the opinions expressed are that of a fictitious asshole, I know to most of you this will be blindingly obvious but better safe than swatted. So I woke up at the crack of noon like I do every day to the sound of my bitch step mom Karen vacuuming (and she’s not even the hot kind like in those movies I watch), why does she have to do it so early? Some of us were up late doing dungeons on WOW classic! So before I start the day I like to have a healthy breakfast of bacon and eggs but that bitch Karen says if I want eggs I have to come up from the basement and eat in the kitchen! Like it would be so hard for her to leave it at the door (she’s not allowed in ever since the crusty sock incident), but that’s women for you, happy to take my dad’s money but won’t take care of his baby boy (I’m 28 and single btw ladies).

So I decided skip breakfast and go online and check on my Reddit post from last night, it’s about how SJW are ruining the video game industry with their ridiculous demands of equal representation for women and the gays! I mean atheism on a bike, Lara Croft was already in a game AND she had big boobs and guns (plus I’m pretty sure she lezzed out cause of those cartoons I saw), what more do they want?  Anyway, I get to the front page of Reddit (cause obviously that’s where all my posts go…) and what do I see? The Playstation 5 controller has been revealed in all its shitty glory! At first I was excited, this meant that we were getting close to a reveal of the system itself, so I eagerly clicked on the link and saw the picture. I remember thinking “awesome it’s white! That’s much better than black, finally something for the colour white”, but then I noticed it. NO COLOURS ON THE FACE BUTTONS!! I screamed at the top of my lungs, “THAT’S DIFFERENT! I DON’T LIKE DIFFERENT!” of course Karen (the bitch) yelled out “what’s the matter sweetie? Did they put more women in your Marvel movies?” like she even knows who Thor is. After telling her “to get back to the kitchen” I returned to the article. I continued reading, each sentence more awful than the last, the article mentioned “Haptic Feedback” talking about how much more immersive using a long bow in games like “Horizon: Zero Dawn” will be. Of course they pick the one with the woman and don’t say it’s because that game had a wonderfully responsive long bow system, it’s because SJW’s. And just when I thought it couldn’t get any worse they went ahead and installed a built in microphone to “negate the need for a headset”. Are you ass monkeys trying to ruin my life? Because that’s what it feels like, everyone knows my online avatar has a headset in every forum and online lobby! So by removing the need for a cumbersome (and possibly expensive peripheral) I can only infer that this is an attack on me personally. 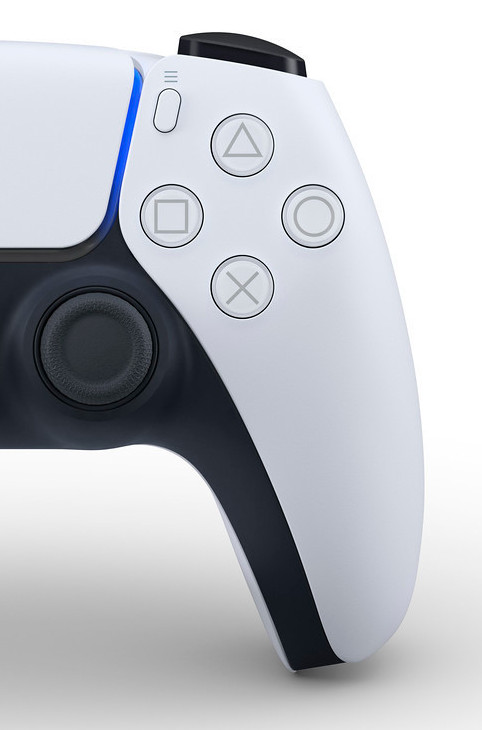 I don’t like it, no sir, they have changed too much and the worst thing is I don’t like, so there’s only one option now my friends, boycott! You know what? No! A boycott is too good for them, what I’m going to do is buy the system day one, buy all the games released for it and bitch about them online every step of the way. And despite the fact that they will have my money and never read my angry tweets, I will have stuck it to them! Who’s with me?

Well, that’s what our 1337-Gamer thinks of the PS5 controller, but what do you think? Let us know in the comments below, don’t forget to follow us on Twitter, Facebook and subscribe to our YouTube channel and if you’re feeling generous feel free to donate to our Patreon, thanks for reading.