So Sony has revealed the PS5 for the world to see and the reception has been, for the most part, positive, obviously you can’t please everyone. But it wasn’t just the new console Sony unveiled, they also revealed a whole heap of new video games, most of which look as if they are going to be a lot of fun.  And as one trailer after another played I remember thinking, “wow, this is an eclectic bunch of games” and then a thought hit me, this is possibly one of the most versatile video game line ups we’ve ever had! Whether you like the look of the upcoming games or if you think they’re just not for you, I think we can all agree that the sheer variety of video games shown is a good thing. I mean it wasn’t that long ago that most games shown off when debuting a console would all be “big men with guns” or sports games. And any story driven/narratively focused adventure games would be shunted off to the side, hidden away for fear of not being “video games” enough.

But here we have Sony proudly displaying something like “Goodbye Volcano High” alongside Ratchet and Clank. The industry seems to finally understand that video games are not a zero sum equivalency, more of a certain type of game does not equal less of another, and we can have hipster dinosaurs and shooty bang games. 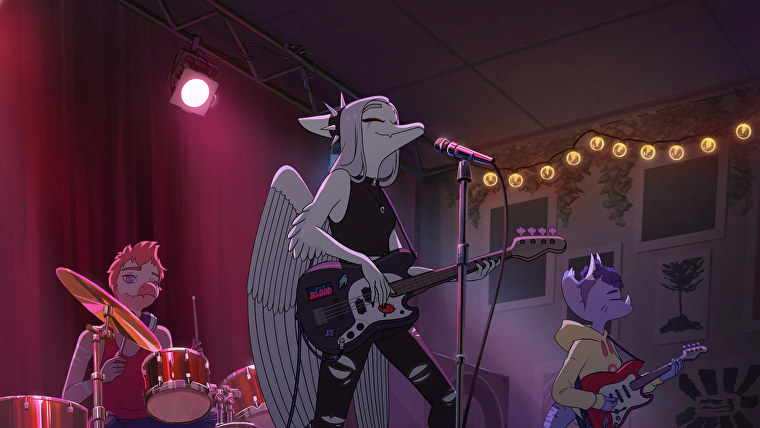 But why is the fact that these games are being shown off by PlayStation at such prominent event a good thing you ask? On the surface it may not seem like such a big deal, but it lends these games a certain amount of credibility, meaning more than a few gamers will try them simply because they have Sony’s tacit approval.

I’ll admit I used to be pretty rigid in regards to the games I would play, RPGS, action games/ open worlds, with the occasional platformer thrown in for good measure. It wasn’t until I played “Journey”, (a game Sony heavily promoted) that I realised I had been ignoring an entire genre of filled with wonderfully invocative storytelling, unique gameplay and distinctive art styles. And I firmly believe that Sony showing off this latest crop of upcoming games will do the same for a lot of gamers out there. At the end of the day, the higher the number of video games, the higher the number of video games you get to enjoy.

Well, those are our thoughts on why the variety of Video Game trailers shown at the “Future of Gaming Event” is a good thing, do you agree? Disagree? Let us know in the comments below. Also don’t forget to follow us on Twitter, Facebook and subscribe to our YouTube channel and if you’re feeling generous feel free to donate to our Patreon, thanks for reading.