We have discussed video game boss battles before in “Top 5 Boss Battles in Video Games”, but like many of the video game bosses in our last entry, we are back for round two. Our previous blog post about boss battles was one that you guys filled with your choices, and they were some great bosses. This one however is filled with all of my favourites, meaning it is completely subjective and if you don’t like it well…….I guess I’ll have another reason to cry myself to sleep at night. Here are 5 more of the best boss battles in video games.

Of all the excellent boss encounters in Shadow Of The Colossus “Avion” or “the flying colossus” is (in my opinion) the best. Up until this point most of the colossi have been relatively similar, but Avion is both airborne and benevolent, meaning you must force it to engage you, giving you the opportunity to clamber atop its massive form. Once battle commences you are forced to engage in the sky, giving you a distinct disadvantage, you must adapt quickly as timing is everything and one wrong move could mean starting the process from scratch. You must know when it’s best to hold back and when it’s best to strike, couple this with a wonderful musical score and it makes for a fantastically tense boss battle. What list about the best boss battles in video games would be complete without an entry from the “Souls-borne” series? Now I could talk about the terrifyingly intimidating “Darkbeast Paarl” from Bloodborne or the gracefully grotesque “Dancer of the Boreal Valley”. But I opted instead for one of my favourites in not just the “Souls-borne” games, but in all gaming, “Father Gascoigne”. What I love most about Gascoigne as an opponent is that he is a dark reflection of the player, while he is stronger, mechanically he has the same abilities as you (at least for the first half of the fight). You are on equal footing, both armed with the same weapons, meaning it all comes down to who is the more skilled combatant. 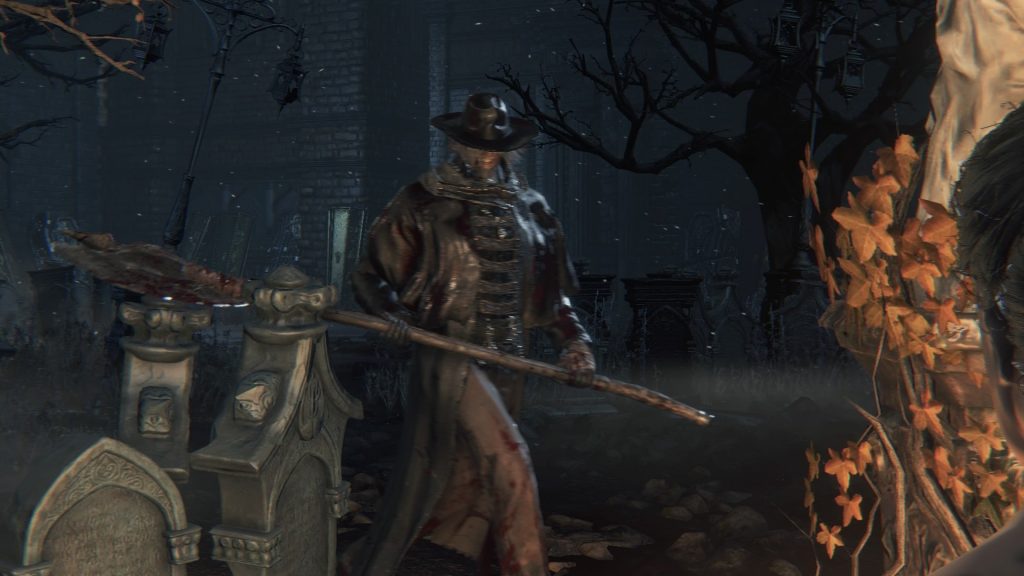 I feel that the Vulcan Raven (2nd encounter) boss battle often gets overlooked when it comes to Metal Gear Solid. Sure it’s not as technically impressive as the “Psycho Mantis” fight, nor is it as visually striking as the Metal Gear Rex encounter but it is nonetheless is an amazing fight. It is a fight fraught with both tension and exhilaration as you are stalked relentlessly by an imposing foe that is equal parts deadly and cunning. What sets it apart from the other entries on this list is that it is a battle fought not out of hatred, but a desire to see who the superior warrior is. (Not suggestive at all.)

Scarecrow is one of my favourite villains in any media, not just video games, he is this enigmatic maniac that uses his intelligence to strip away peoples strengths until they are left a broken quivering mess. And Batman: Arkham Asylum nailed him to a T (…which Arkham Knight completely undid…so swings and roundabouts). What is awesome about the Scarecrow battle is even though it is three separate encounters it is technically a battle that is being fought throughout the entire game. The Scarecrow has infected The dark Knight’s mind, poisoning his perception of reality, forcing him into an psychological encounter rather than a physical one. Also, it happens to have some of the greatest gameplay in the entire series, just fyi. This last entry is a little different from the previous ones, it’s not particularly difficult, it doesn’t shake up gameplay by introducing new mechanics and it doesn’t really test your skill up until this point. No, the reason this boss battle sticks out in my mind is because of how it resonated with me emotionally. Up until this point Final Fantasy IX had been a rather cheery game, so when we are forced to watch while Black Waltz #3 massacres mages while a helpless Vivi looks on in horror, it stands out. It is made all the more poignant by the melancholy melody that accompanies this tragic scene. But while this scene is sad to watch, it is necessary to raise the stakes of the upcoming boss battle and when we finally do get to engage in combat, all bets are off.

Well, those are 5 more of the best boss battles  in video games, can you think of any that should’ve made the list or just disagree? Let us know in the comments below, don’t forget to follow us on Twitter, Facebook and subscribe to our YouTube channel and if you’re feeling generous feel free to donate to our Patreon, thanks for reading.