Ethan Winters is back! Let's just hope he doesn't loose as many limbs this time around.

Just in case you’ve never come across my confessions of a horror novice at N For Nerds before, let me share with you where I’m at with the horror genre in general: I had New Pokémon Snap ready on standby as a sort of colourful, stress-free antidote as I pressed start on Capcom’s latest instalment in the Resident Evil series. To my surprise, I didn’t need it, and to my even bigger surprise, I found myself truly engrossed in the 11 or so hours of Tall Lady, Lycans and severed limbs that followed inside the titular village for which Resident Evil’s eighth major entry get its name and some convenient Roman numerals.

(I bet they were incredibly pleased with themselves!)

Resident Evil Village picks up directly after the events of Resident Evil 7 with Ethan Winters returning once again as the game’s protagonist; if you haven’t played 7, there’s a handy little recap at the start to get you up to speed. A few years have passed and Ethan is now settled in some nondescript European town with his wife Mia and baby Rose; besides some frightening mods which have placed series regular Chris Redfield into a pink onesie, Rose is definitely gunning for JJ’s crown from The Last of Us Part II as cutest video game baby. 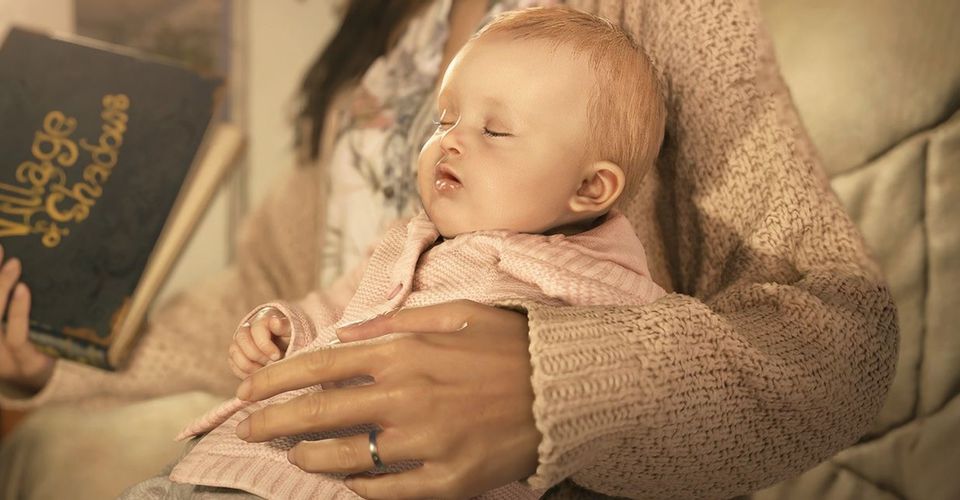 (Aww, so cute, not nightmare inducing at all…)

Despite the facade of domesticity, things seem off from the start. Ethan is obviously still tormented by what happened back at the Baker house (wouldn’t you be?) and any sense of safety is soon shattered when Mia is suddenly killed and baby Rose is kidnapped. From that moment on, it’s sweaty thumbsticks time as Ethan sets out to find his daughter and discover ‘What is going on here?!’ as he’ll helpfully narrate throughout. 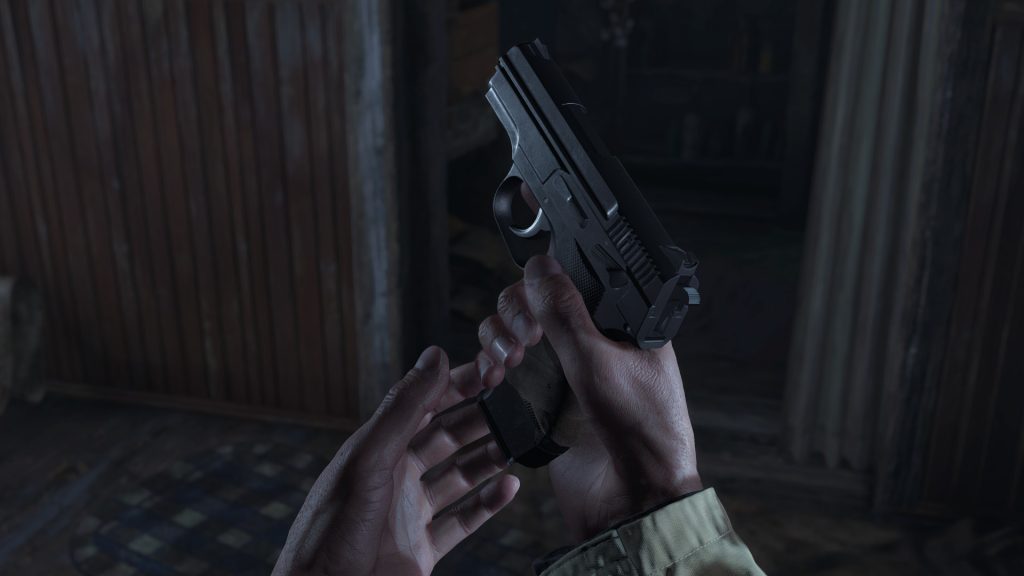 As I first entered the abandoned village, well, besides the bodies strewn across the blood splattered snow, and observed the clusters of garlic hung from every door frame, I was on high alert for whatever vampiric monstrosity would be waiting to send me to a similar fate. You’ll meet your first barrage of enemies and the only surviving villagers, some of which greet your non-local presence with bit of a Royston Vasey-like attitude, before moving on to the first of the game’s four major sections.

I won’t go into detail about what these sections entail as I found that much of the joy of Resident Evil Village was in reaching these distinct locations and experiencing something completely unexpected. Each area is guarded by a different lord, though if you played the demo, the first will be familiar as it’s the home of Lady Dimitrescu, the tall vampire lady who I think borrowed Rose Dawson’s hat after she boarded the Titanic, and the focal point of much of Village’s marketing materials. 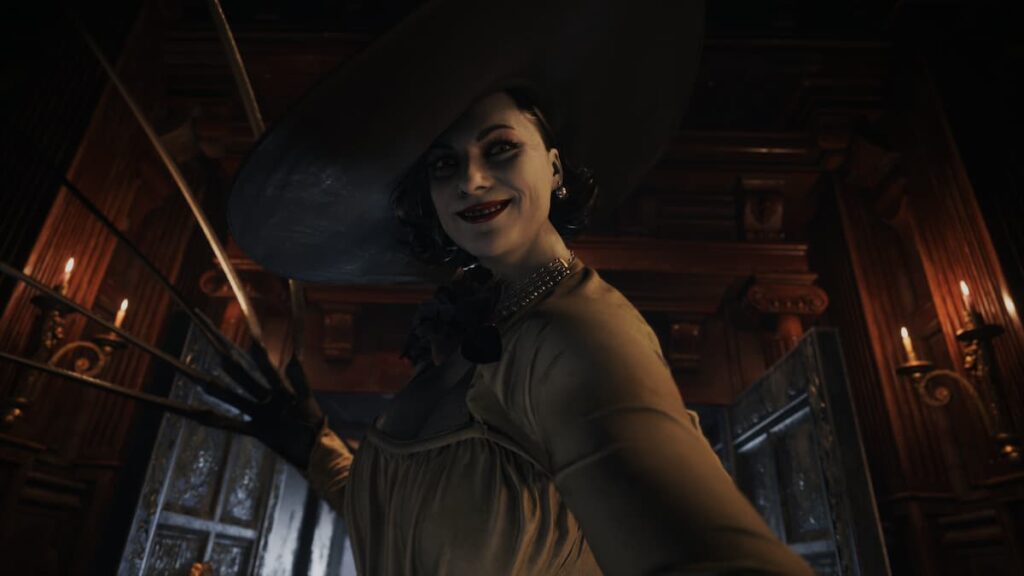 This is a gorgeous game and this particular environment, and playing on PS5, really shows that off. Dimitrescu’s gothic castle, shared with her three daughters, embodies opulence with its classic baroque and golden walls, which the lighting bounces off beautifully. It’s a stark contrast to the dark blood-soaked dungeons that tunnel just a few feet below it. 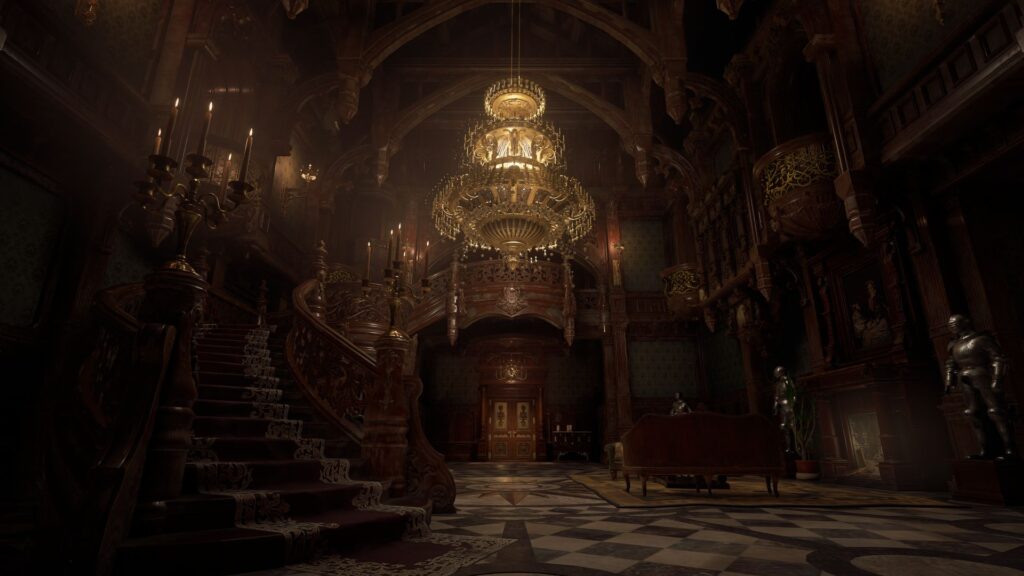 What follows is a sprawling map filled with puzzles to solve, rooms to escape, enemies to gun down and classic stalkers to evade (one of which, the audio design for alone is enough to make you sleep with the light on). 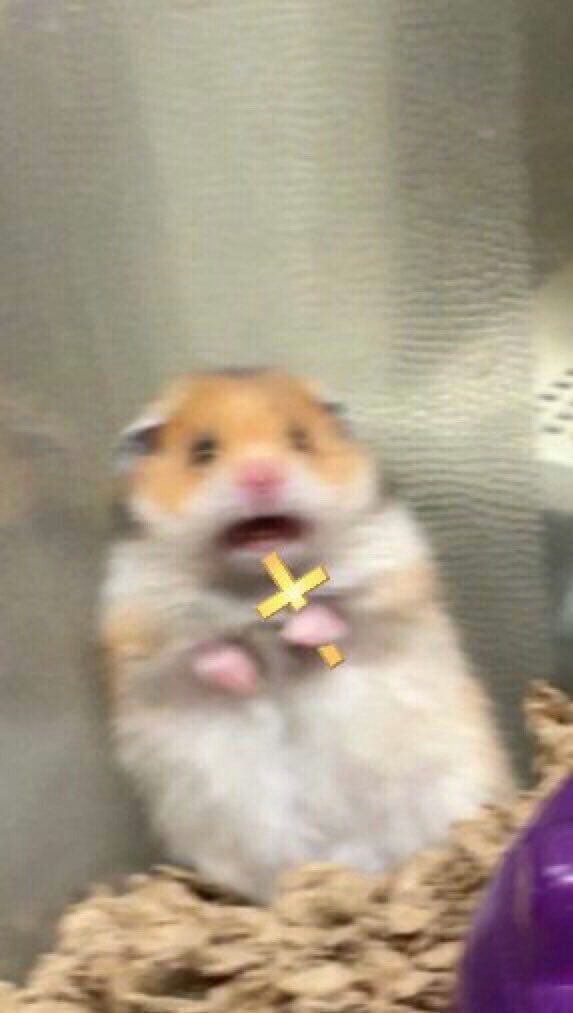 The cleverly designed gameplay will have you retracing your steps a fair bit to find necessary items or reach previously unreachable areas. It’s done so well that rather than feeling like I was walking in circles around labyrinthian environments, I was glad to take another trip down that creepy corridor because it would usually result in some new collectible or door I realised I now had the right key for. I didn’t find any of the puzzles to be especially challenging, though the balance of combat involved in completing some of them certainly made for some stressful moments, and I’d go as far as to say some were probably a little too easy to solve, like a sequence of numbers sprawled on a piece of paper which happened to be the code for a lock all but two feet away. That said, while simple, I certainly enjoyed the journey to get to those solutions and hearing the satisfying metal chime of a new gate opening. 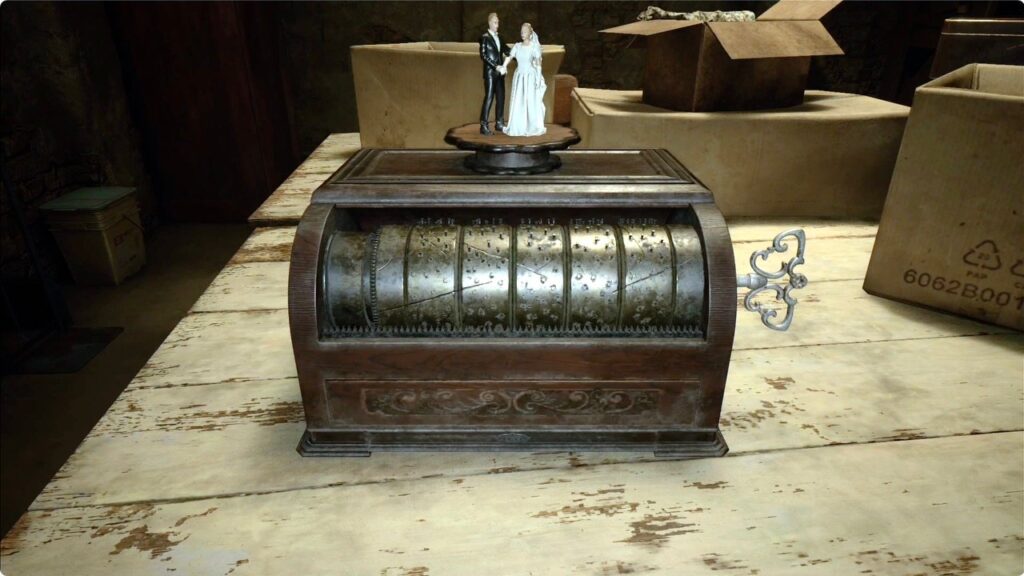 Resident Evil Village is a survival horror and while I went in questioning my own ability to survive a game like this (Please see earlier New Pokémon Snap reference), its horror elements were not so severe. The game is rooted in more traditional horror, owed to its classic Transylvanian-inspired setting populated by vampires, castles, werewolves and Frankenstein-like creations. 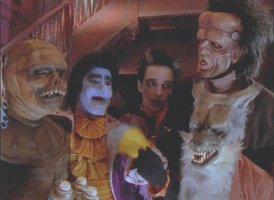 (Not theses guys…they’re scary for a different reason…)

Oh, don’t get me wrong, there’s plenty of weird stuff thrown in there too from Victorian dolls to … just wait, you’ll see. There are scares but they’re not constant which I enjoyed because it implored me to lockpick every drawer, smash every crate and read every note for secrets without constant fear of being mauled. That breathing space between scares meant you were given time to do just that but on the flip side, and where I think the game delivers its scares best, it also ensured a bad case of clammy-control-pad-hands as I anxiously negotiated my every turn in fear of what could be about to happen. For players seeking elements of gore, Village is presented in first-person and Capcom makes the most of it by playing a lovely game of ‘How many ways can we hurt Ethan Winters’ hands?’. 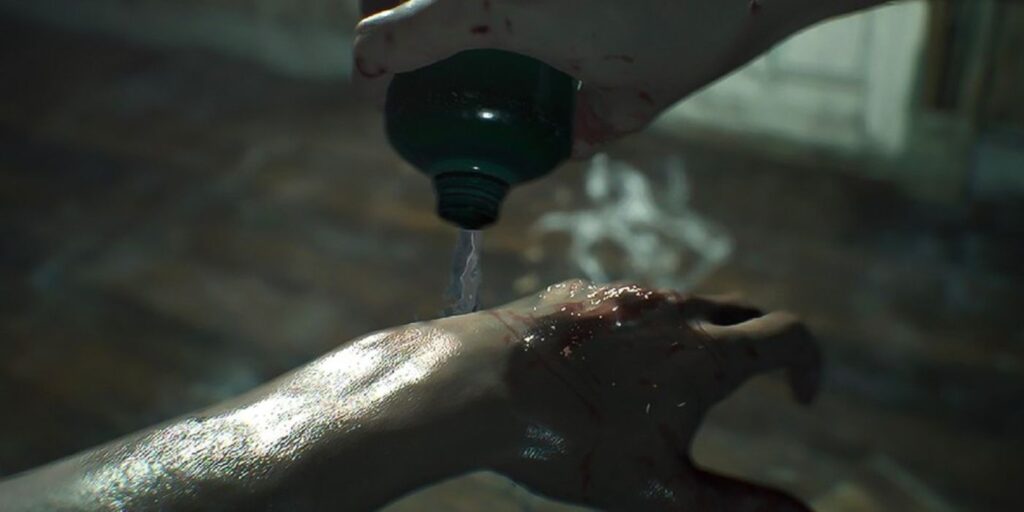 The combat is fun, there’s a good range of enemies to keep you on your toes, some tougher than others of course, and then some you’ll hopefully realise quicker than I did that you have no way of killing and can save yourself the precious ammo. You’ll have a good selection of weapons to choose from and while this was likely down to the lower difficulty level I opted for, I never felt like I was short of ammo when I needed it. This was mostly thanks to the Duke, Resident Evil Village’s travelling merchant who will keep you nicely stocked up on first aid bottles, weapons and upgrades in exchange for treasures by popping up in the most random yet convenient places. I recommend expanding your inventory size as soon as you can. The inventory system prohibits you from discarding certain items while playing and there was a point where I needed to pick up a new weapon but had to abandon my stockpile of ammo to make room. 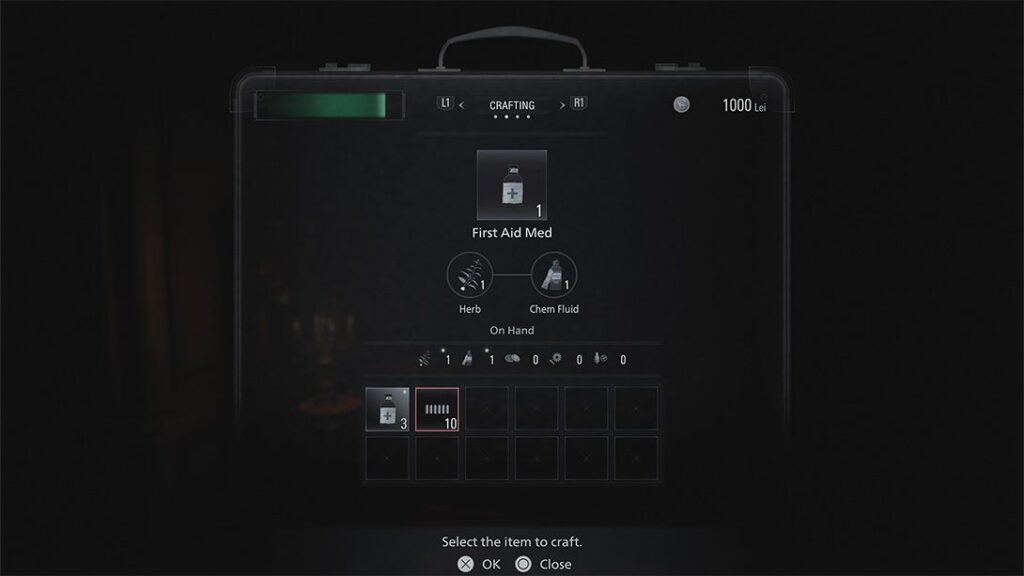 I loved the attention to detail in Resident Evil Village. Scattered notes are worth seeking out as they subtly reveal what led to the village’s demise and offer insight into how some characters came to be. There’s also so much to explore outside of the game’s main story from mini maze puzzles to complete, to recipes to cook with the Duke by hunting for meat and fish to increase your strength. 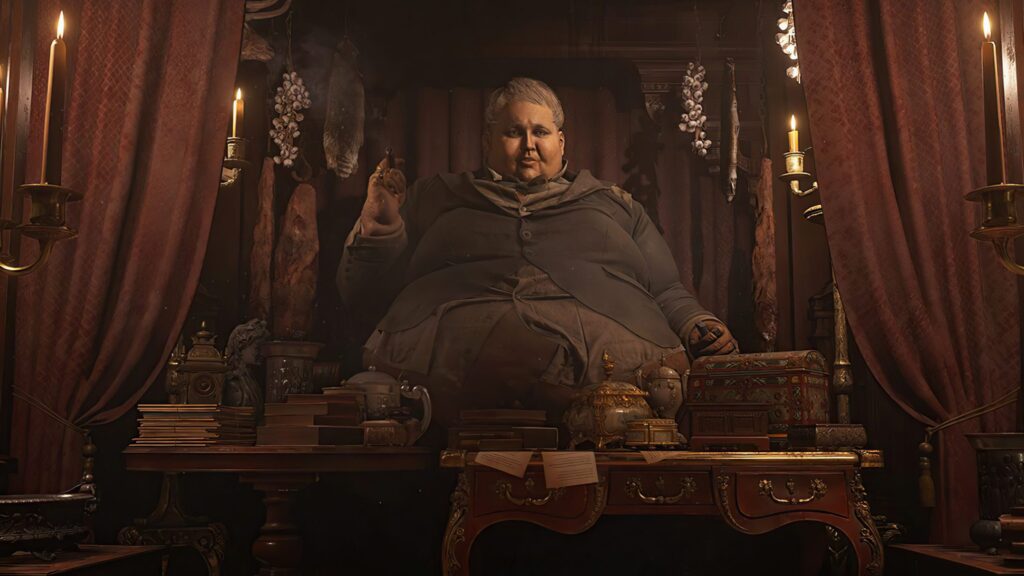 I thought the game was well paced. There’s much more emphasis on exploration and puzzle solving in the first half while the action is ramped up in the latter. But areas can also be extremely quiet too and some of those moments turned out to be the most affecting. Some players may find this jarring but I enjoyed that the game threw something new at me every time I thought I knew exactly what Resident Evil Village was about. 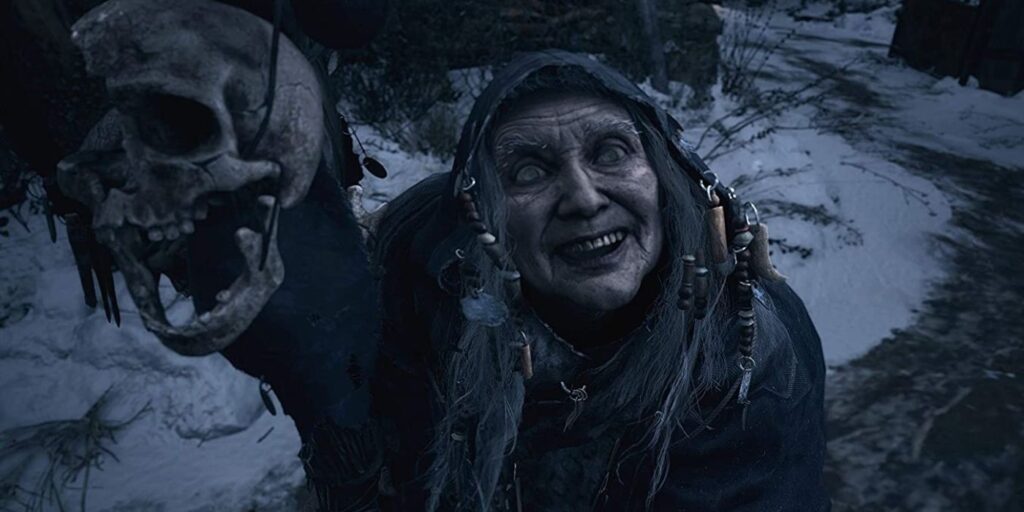 Ethan’s dialogue is a bit weak at times, to the point where I found myself sniggering rather than sympathising when the poor guy was clearly in pain. It doesn’t help that the first-person perspective means these sporadic cheesy lines are all we really know of Ethan. That said, there is a wonderful schlocky-ness to Resident Evil Village, so ultimately, it didn’t feel so out of place. 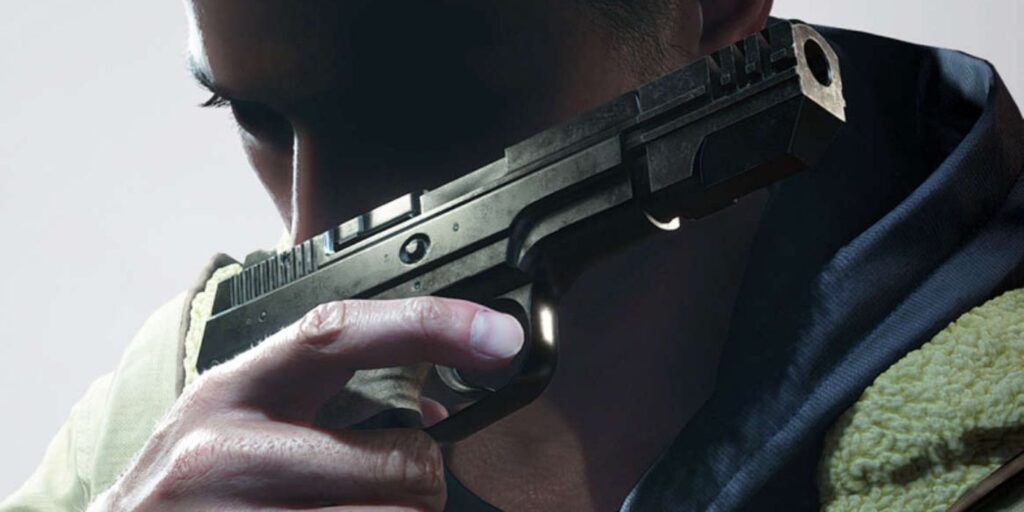 (Ethan, you’re difficult to love but you’re harder to hate.)

I came into Resident Evil Village, not as a fan, but as someone who’s only real experience with the series has been a tense first couple of hours in Resident Evil 2 remake. It’s not often that a game like this can capture me in such a way where I’m desperate to get an extra hour in during my lunch break and do so without throwing the controller at someone else when I start feeling spooked. I just had a really good time with it.

Resident Evil Village truly got its hooks, teeth and razor-sharp claws into me as I raced to find the answers in this engaging, if a bit mad, story, obsessed with turning every inch of the map blue along the way. If, like me, you’ve never given the series a real chance but always wanted to, Resident Evil Village is a great place to start.